Table Of Contents hide
1 But is that true?
2 What’s Stopping You from Watching Netflix US Shows?
3 Why does Netflix do this?
4 How to Quickly Defeat Netflix’s Geo-Restrictions
4.1 Make Sure You Use the Right VPN, Though
5 So what should you do?
6 How to Optimize VPN Speeds When Binging Netflix
7 Which US-Only Shows Have You Unblocked with Netflix?

Netflix is an awesome streaming platform. The only downside is that it’s split into different content libraries – one for each country where Netflix is available. According to most online articles, the US library is the best one. Well, it depends on your preferences. But if we’re talking numbers, Netflix US definitely has the lead.

But is that true?

According to Statista, 2019 data shows that Netflix US has the most titles – 5,932. Surfshark’s study backs that up – Netflix US is at the top with nearly 6,000 titles (closely followed by Netflix UK and CA).

Plus, a lot of amazing shows and movies are exclusive to Netflix US – The Office, Parks and Recreation, Shameless (U.S.), Dexter, The Tudors, Weeds, The Borgias, Twin Peaks, The West Wing. The list goes on and on.

How do we know for sure? Simple – we used StreamCatcher from ProPrivacy to check the global Netflix library to see which shows are available where. Just type the name of a series, hit Find, and the tool will tell you which countries it’s available in.

Not fair, right? You’re mostly paying the same price as people in the US, yet you don’t get the same content!

No need to let that ruin your day, though – we’ll show you how to easily unblock any Netflix US title in this quick guide.

What’s Stopping You from Watching Netflix US Shows?

Geo-blocks, basically. Netflix uses them to redirect you to your country’s library. The site can easily do that because it sees your IP address when you connect to it. And your IP tells it everything it needs to know about your geo-location – what country and city you are from.

Why does Netflix do this?

Because it’s the only way they can respect the licensing agreements they signed with copyright holders. Don’t forget – not all the titles you see on Netflix are owned by them. The ones that are, are generally available worldwide (with a few exceptions).

But many titles belong to third parties. If they’re only available in the US, it means Netflix only bought licensing rights for that country. Other streaming sites and TV networks hold the rights for other regions.

How to Quickly Defeat Netflix’s Geo-Restrictions

The simplest way to do that is to use a VPN – an online tool that hides your IP address and encrypts your traffic. Here’s how it works:

We know it sounds like a lengthy process, but that’s not the case at all. On your end it will just look like this:

Make Sure You Use the Right VPN, Though

Netflix is extremely good at detecting VPN IP addresses. When that happens, you get redirected to the Netflix proxy error page.

The only way to get rid of it is to disconnect from the VPN. Of course, that means you can’t binge Netflix US anymore.

So what should you do?

The solution is to use a VPN that can actually unblock Netflix. To do that, it needs to regularly refresh its IP addresses (lease new ones, basically). Finding a VPN that does that can be tough since providers don’t exactly mention how often they do it in their marketing copy.

We recommend using StreamCatcher. Besides letting you check the global Netflix library, it also recommends the best VPNs for Netflix. And it does that by pulling data from ProPrivacy, one of the most prominent and accurate VPN review sites on the web. 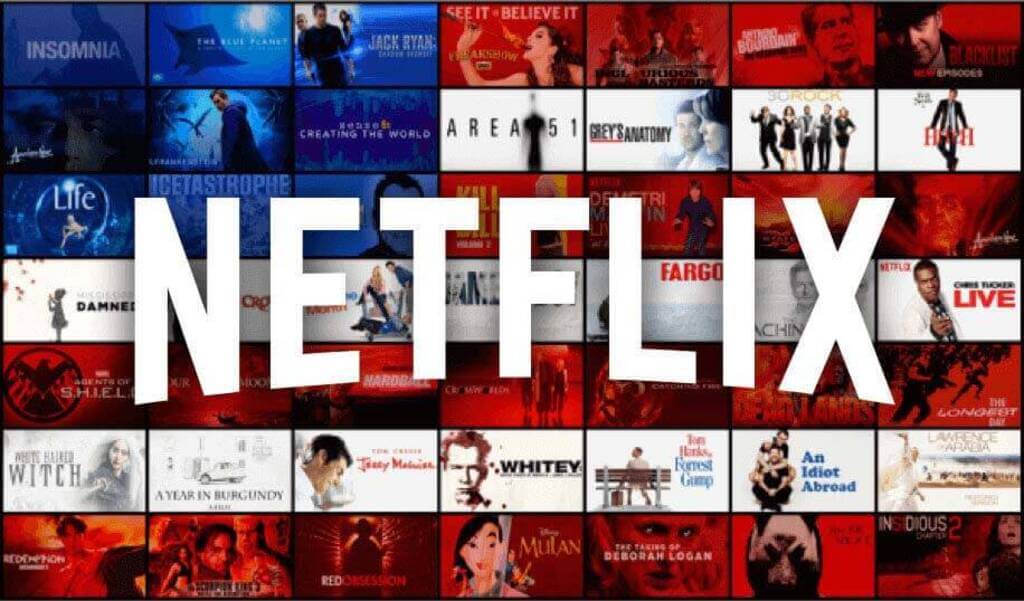 How to Optimize VPN Speeds When Binging Netflix

A VPN will always lower your original speeds. It’s usually not noticeable, but if you already have low-ish speeds (like 30 Mbps), it can be a problem – especially if your VPN speeds go under 25 Mbps (the requirement for streaming ultra HD content on Netflix).

If you’re experiencing slowdowns like that, don’t worry – here’s what you can do to boost your speeds:

Which US-Only Shows Have You Unblocked with Netflix?

We recently binged Dexter, and are planning to move on to The Tudors next. But if you know other good US-only Netflix titles, we’d love to hear about them.

Oh, and if you know other ways to unblock Netflix (that actually works), please tell us about them in the comments or on social media.