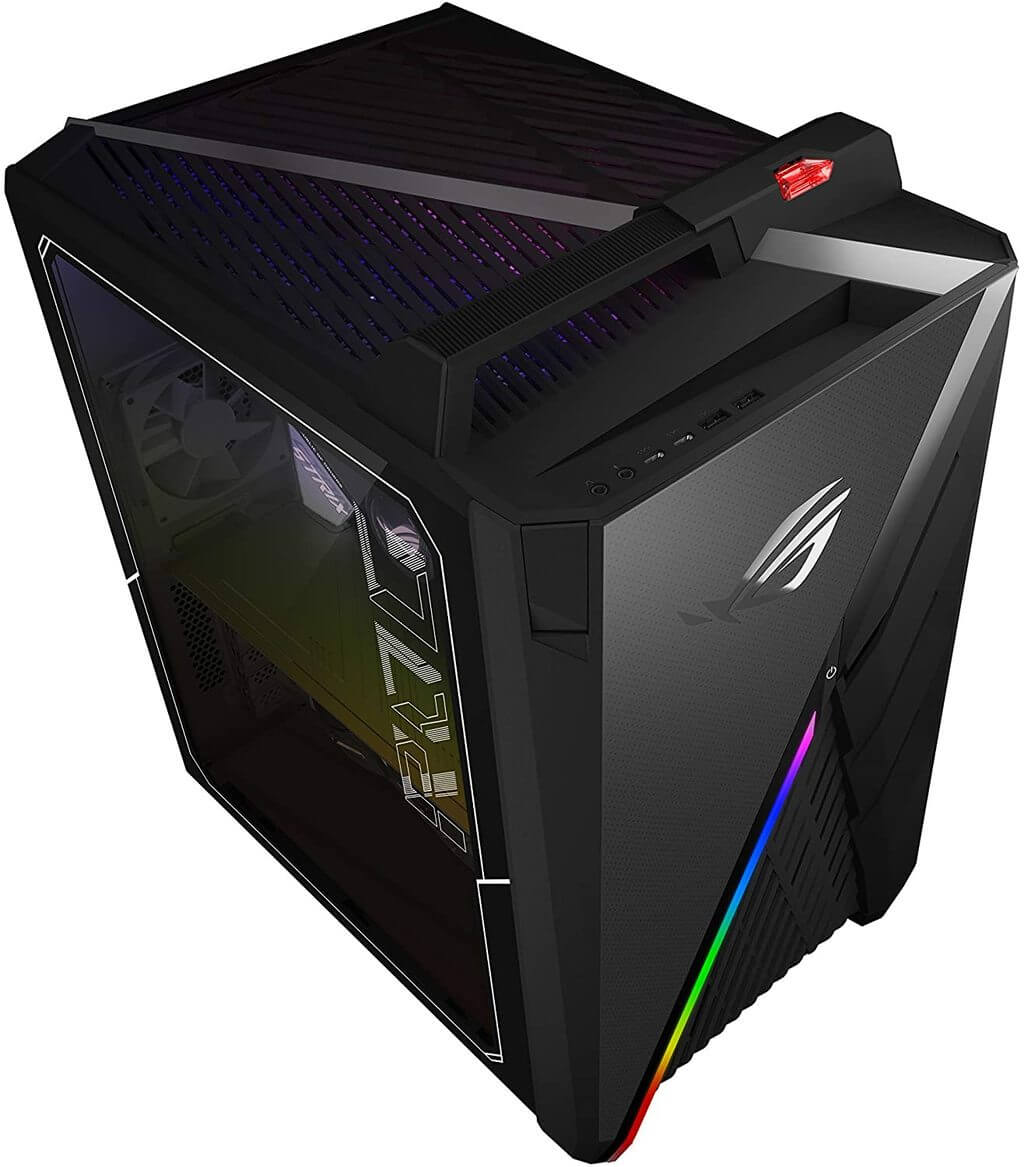 The ROG Strix GA35 is one of the fastest PCs ready for any gaming tournament and gives you an edge over your competitors. This gaming PC is a fully loaded one with an AMD R9-3950X processor, NVIDIA GeForce RTX 2080 Ti graphics, and 32GB of DDR4 RAM. The AMD R9-3950X processor has a fast cooling capacity.

The potent 16-core, 32 thread CPU, and 2080 Ti GPU combo ensure that this pc can take all the load of intensive gaming. Video editing and 3D rendering are cakewalks because of this PC. It has a sleek look, and along with its style comes top-notch functions. This expensive gaming pc with a smooth and advanced system is a good option for gamers. 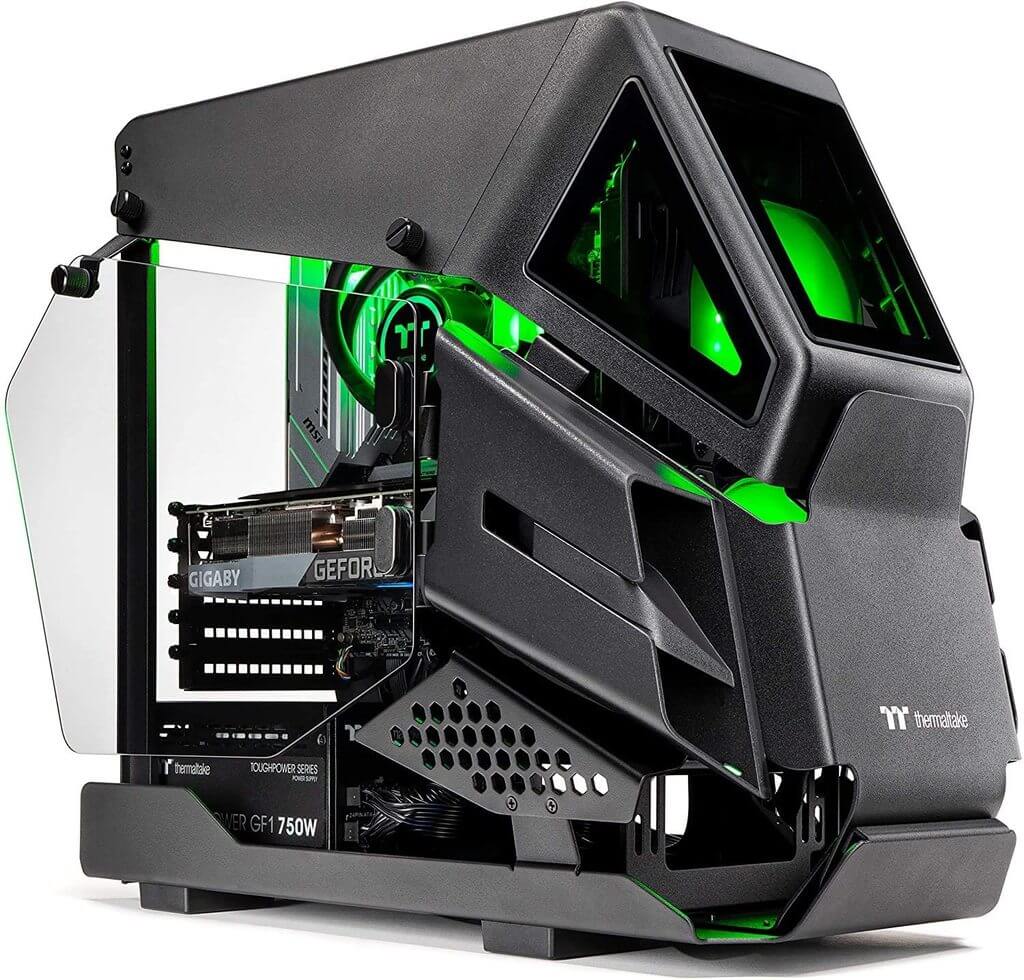 Thermaltake launched one of its most expensive PCs with inbuilt gaming features in LCGS AH-390. It flaunts a 12-core Ryzen 9 3900X CPU and an Nvidia RTX 3080 GPU, which gives you the power to extinguish all opposition with ease.

Its exceptional open-air chassis forms the base of its excellence. Drawing inspiration from Apache helicopters, it has one 5mm thick tempered glass panel on each side and three 3mm glass panels at the front. The LCGS AH-390 has an m-ATX AMD B550 motherboard, 16GB of Tough RAM DDR4 RGB memory, and a 750W 80 plus gold PSU, making it a tough competitor.

Extra storage of 1TB of M.2 Gen4 acts as a boon saving you from the hassles of data space. Moreover, this PC uses liquid to cool the CPU and air to cool the rest of the hardware. The triple 120mm ARGB fans in the front help in expelling the hot air from behind. 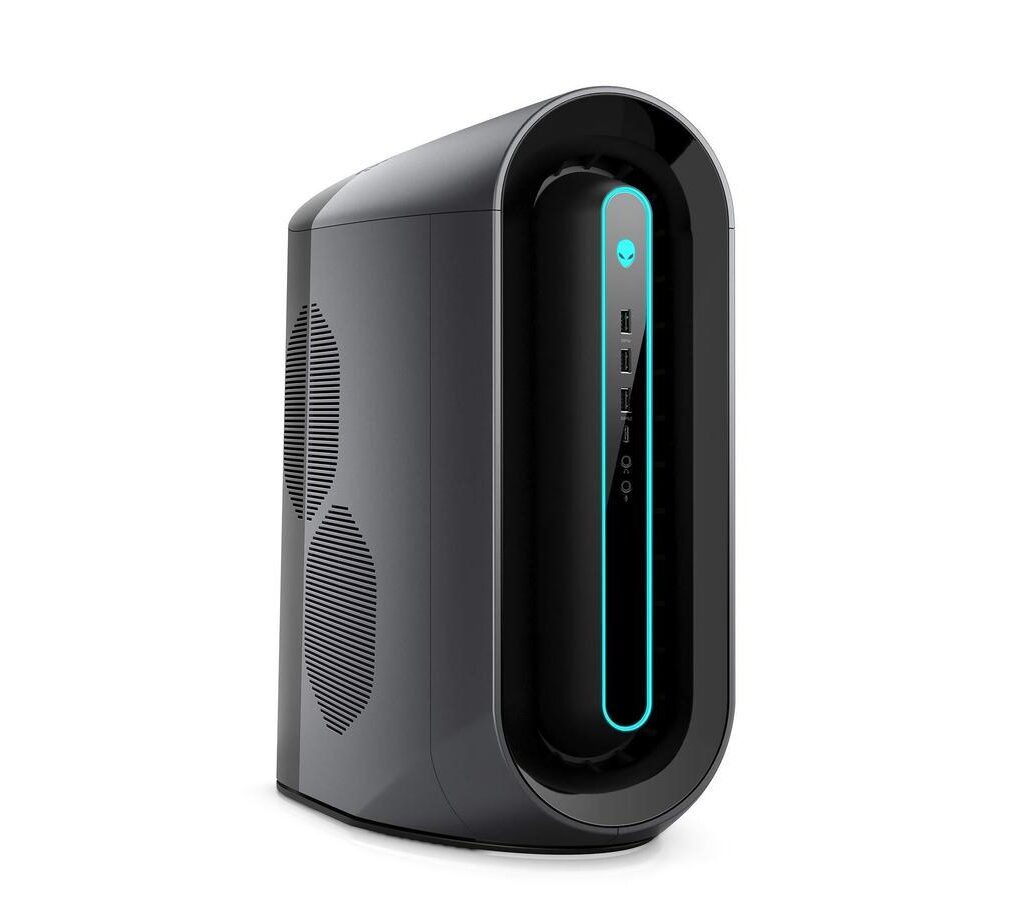 The Aurora R11 marks the most advanced and latest device from Alienware. Moreover, the name itself says that this is one of the most expensive gaming PCs. The 10th-gen Intel core processor and NVIDIA GeForce RTX 2080 Super graphics card cooled with the help of liquid makes it a beast in the market of gaming PCs.

The R11 model comes with an upgrade of its customized-built chassis. Moreover, upgrading the system is smooth and easy, which requires no extra tools. The PSU swing-arm is an innovation that swings open during any upgrade. It gives you access to its motherboard, the GPU, and pre-installed HyperX Fury DDR4 memory.

This PC maintains a comfortable and cool temperature for its system with the help of a liquid cooling system and a dual-axial fan with positive rear pressure relief. It allows the heat to escape via strategically located vents. Aurora R11 also features a Killer E3000 Ethernet LAN, Wi-Fi 6, as well as Bluetooth 5.1. 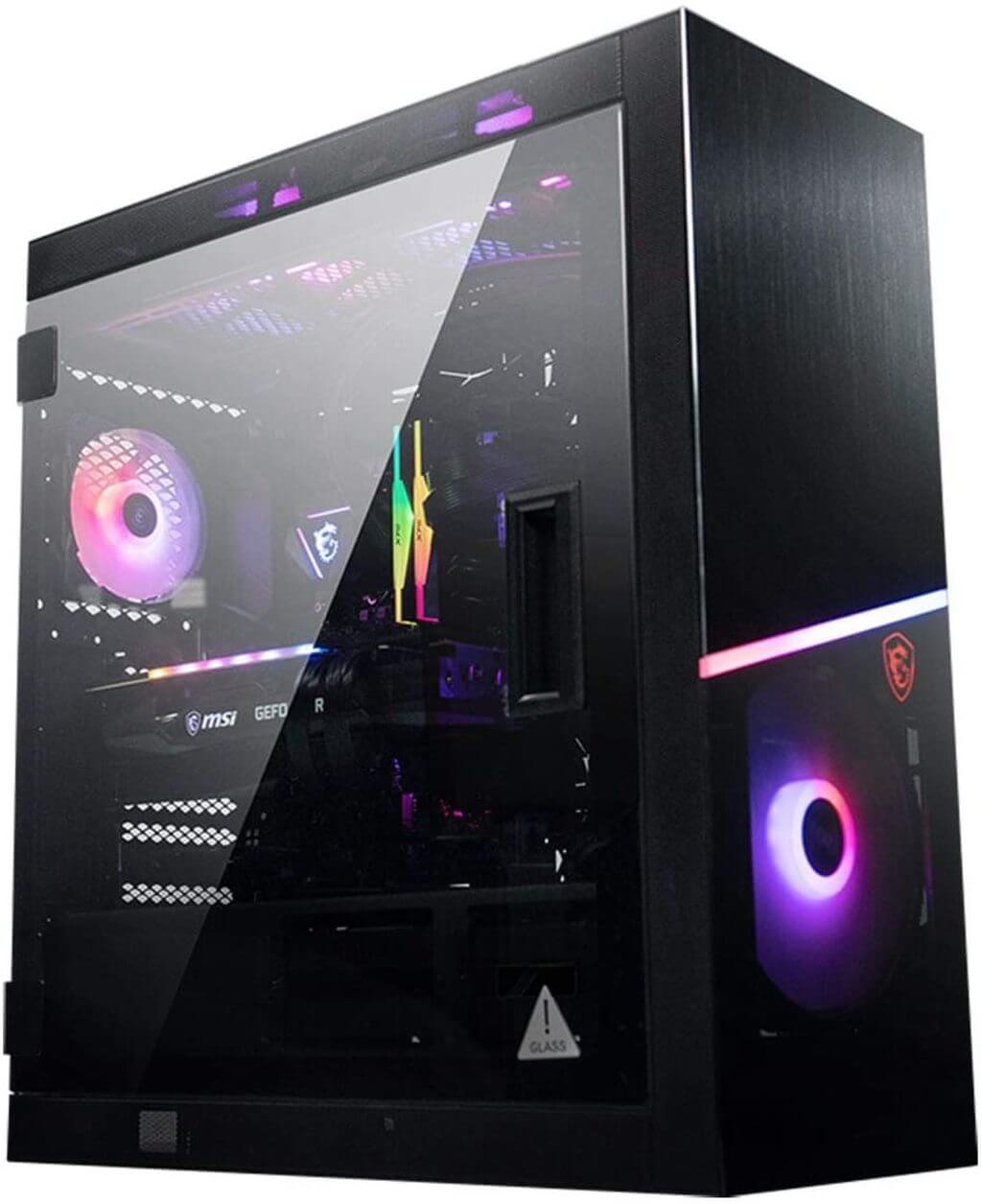 The EXPC INFINITE RS is a pre-built desktop that provides high-quality performance. It is the most expensive pc having Intel and Nvidia hardware, and the processor justifies the lightning speed and smooth functioning of the device.

It has a steel chassis which allows better airflow and management of the wires. The sleek aluminum panels in the front and the top gives it an alluring love. A 10th Gen Intel i9 processor (running at 3.7 GHz to 5.3 GHz) and an NVIDIA RTX 3070 GPU forms the heart of the system.

The GPU facilitates a higher image quality, allowing the crystal clear projection of any title on the screen. Besides, this PC comes with 64GB of RAM, a 1TB HDD, and the latest version of Windows 10. The delicate location of the fans ensures an overall cooling of the system, which includes two 120mm fans in the front and one at the back. 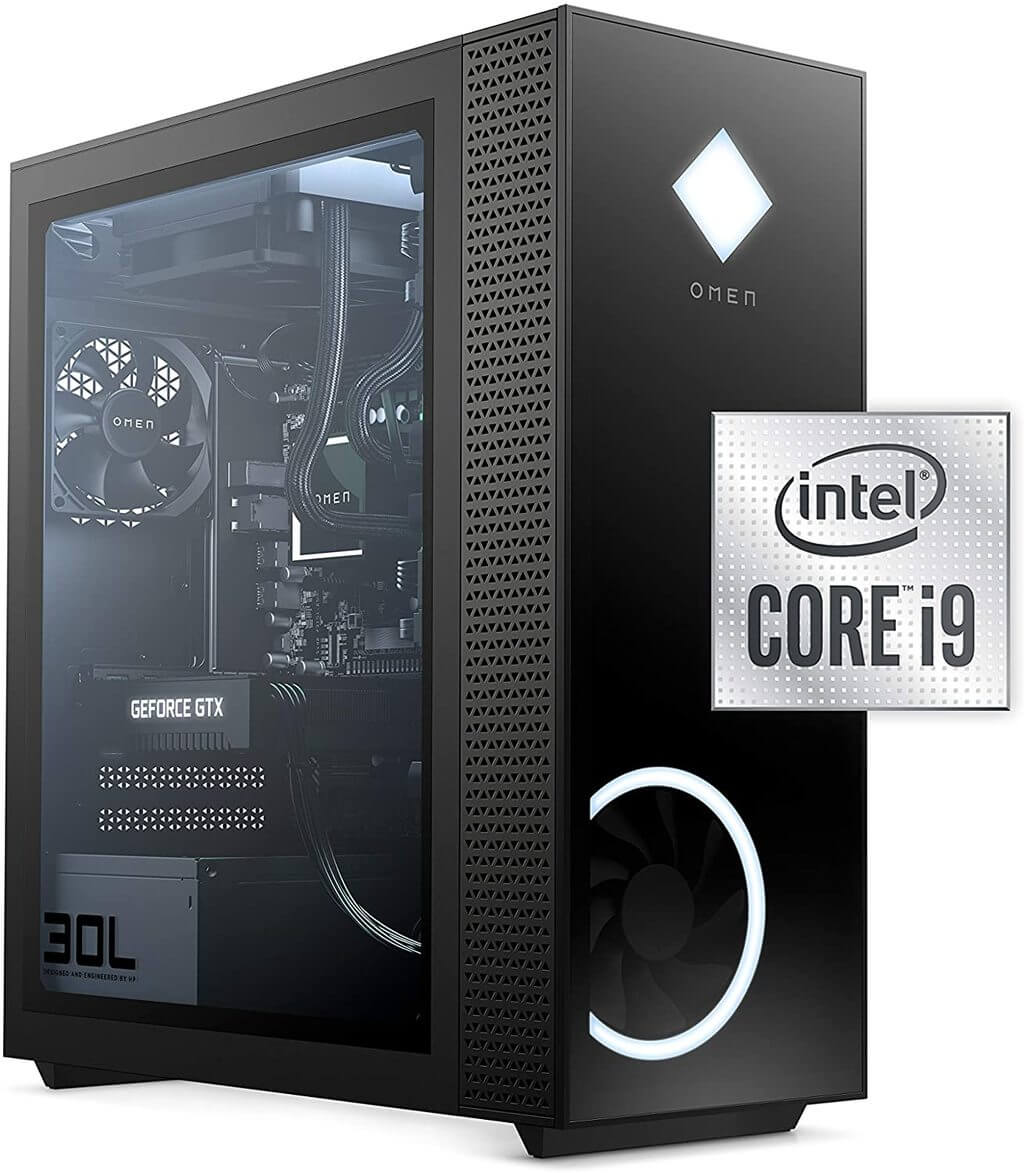 As the name suggests, the OMEN 30L is one of the most expensive gaming PCs and has modern hardware. It has a 10th-gen i9 processor and NVIDIA GeForce RTX 3080 graphics, making it one of the best gaming pcs. Omen 30L makes use of a custom-made chassis by Cooler Master.

Besides giving it a great look, the sleek design allows easy upgrading as per requirements. The omen 30L pc helms a Dorado OC-AMP m-ATX motherboard, 32 GB of HyperX XMP RAM, and a 750w Platinum 80+ PSU. An extra 1TB Western Digital NVMe drive acts as a cherry on the pie, adding to its storage capacity.

The system has both air and liquid for taking care of its cooling needs. It has a 120mm AIO cooler which uses liquid, whereas the GPU has three inbuilt fans. One 120mm RGB fan supplies air to the GPU from the front of the case to facilitate ventilation, and this gets expelled by a 92mm fan at the back.

Priced at an exorbitant price of $30,000, the 8PACK ORIONX is one of the most expensive gaming PCs in the world. This gaming pc has two different systems;

The PC has four graphics cards of the Nvidia GeForce Titan X Series, which gives unimaginable efficiency in its working. Every card has a total gaming memory of 48 GB. It has a primary memory of 64 GB, and its secondary system flaunts 16GB of DDR4 memory, which is faster than the rest. Its storage setup consists of two solid-state drives of 1TB and one 1.2 TB Intel 750 solid-state hard drive along with a SATA hard drive of 10TB.

The Linus tech tips came via the inventory hands of YouTuber Linus Sebastian. https://www.youtube.com/user/LinusTechTips. Having a price of $30,000, this gaming pc is capable of having seven setups at one time. Two processors instill power into the system and have 14 cores each in them. Seven 1TB SSDs and a DDR4 RAM of 256GB bejeweled this expensive gaming pc. Radeon R9 Nano GPUs inside the PC system work on increasing their speed and efficiency.

A company named Yoyotech based in Britain released it in 2013. Intel i7-4960x features at the heart of its power source. The two first-generation Nvidia GeForce Titan GPUs enable it to run any game on it smoothly and efficiently. The system will not lag due to any game that you are playing on it. The Yoyotech XDNA aurum 2K flaunts 512GB Samsung 840 Pro SSD, 2TB Seagate hybrid drive, and 64GB of DDR3 memory. 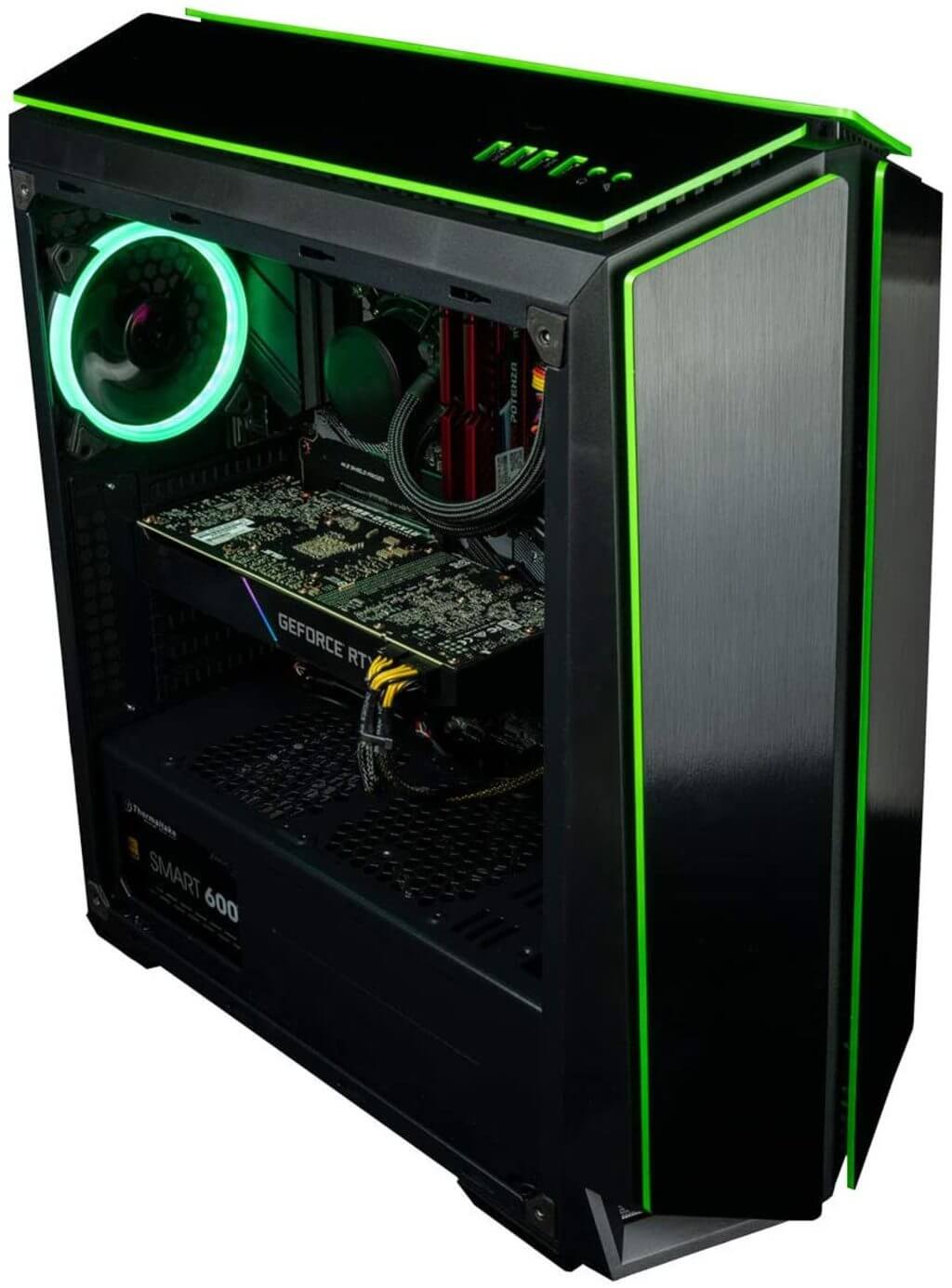 The CUK MANTIS GAMER PC is a huge-sized desktop that drew inspiration for its shape from a praying mantis. Being one of the most expensive gaming PCs, the CUK MANTIS GAMER PC makes use of a ten-core i9-10900KF processor and a GeForce RTX 3090 that gives you an edge over your competitors in the game.

A green trim across its identical top and front wings symbolizes its signature mark. The wings help in good ventilation, which ensures that the system receives a constant flow of air. Just like the most expensive gaming PCs, this also has both liquid and air as coolants of the system. It has six 120mm Halo Ring LED fans surrounding the case’s front, top, and rear.

It consists of the three at the front, dual AIO fans at the top, and a single 120mm exhaust at the back. The glass window on the side reveals an ATX ASUS Prime Z490-P motherboard with 128GB of DDR4 RAM. It comes with an 850W Gold PSU and 2TB SSD / 4TB HDD live in the bottom PSU shroud. All parts are subject to hassle-free up-gradation. 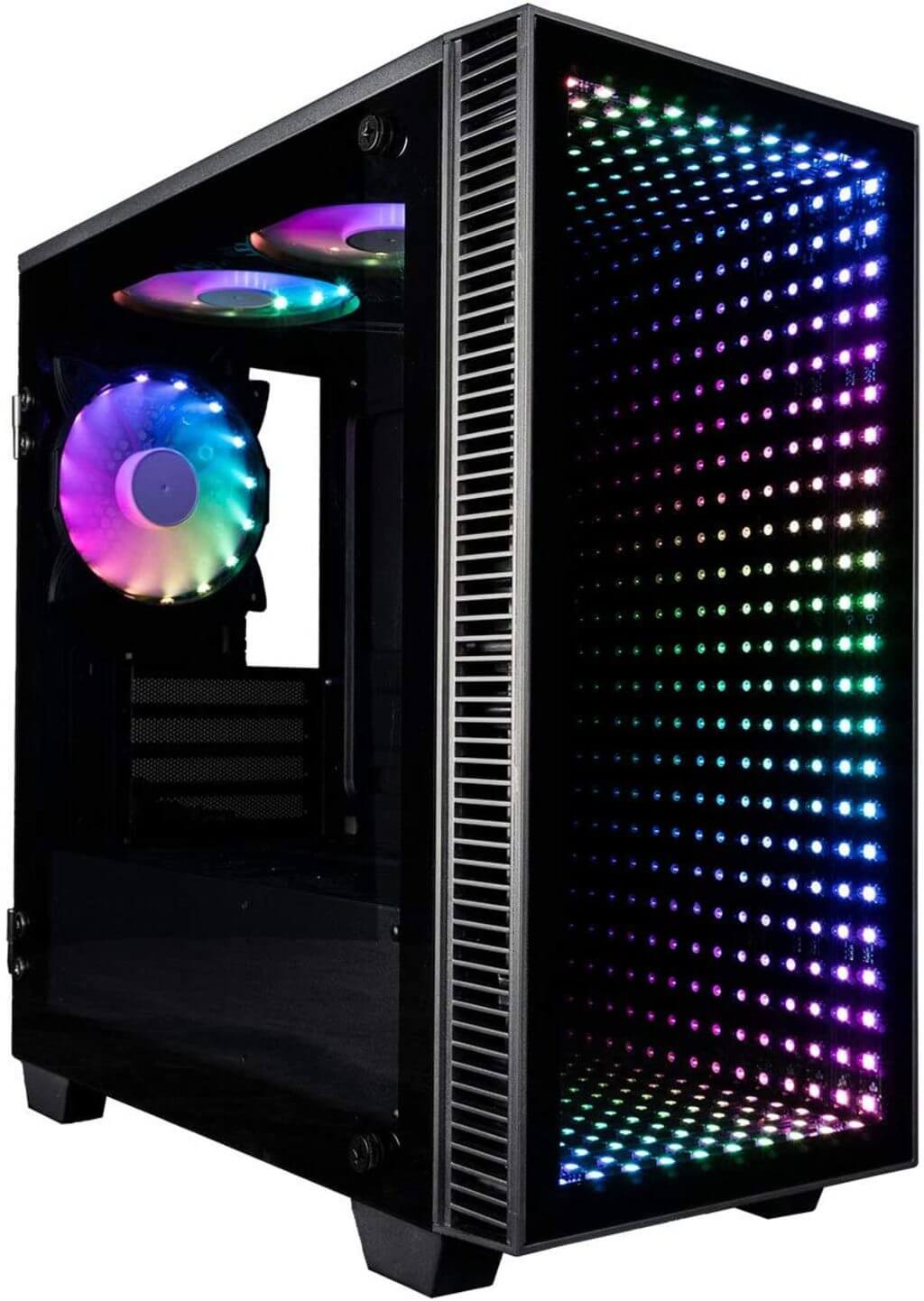 Among the list of the most expensive gaming PCs, the CUK continuum micro gamer pc will surely turn a few heads. It has a dazzling mirror case that flaunts an inbuilt system with a ten-core i9-10900KF processor and a GeForce RTX 3090. The beautiful projection of different colored lights on the transparent side of the system makes it look alluring to the eye.

The CUK continuum micro gamer pc is a powerful system with a ROG Strix Z490 motherboard, 128GB of DDR4 RAM, and an 850W Gold PSU. Moreover, it gives a 2TB NVMe SSD for additional storage, along with a 4TB 7200rpm hard disk drive. It has a total of six pre-installed high-pressure 600-2200rpm fans that recycle air around the chassis and GPU. It forms a part of both the air and liquid coolants of the system. 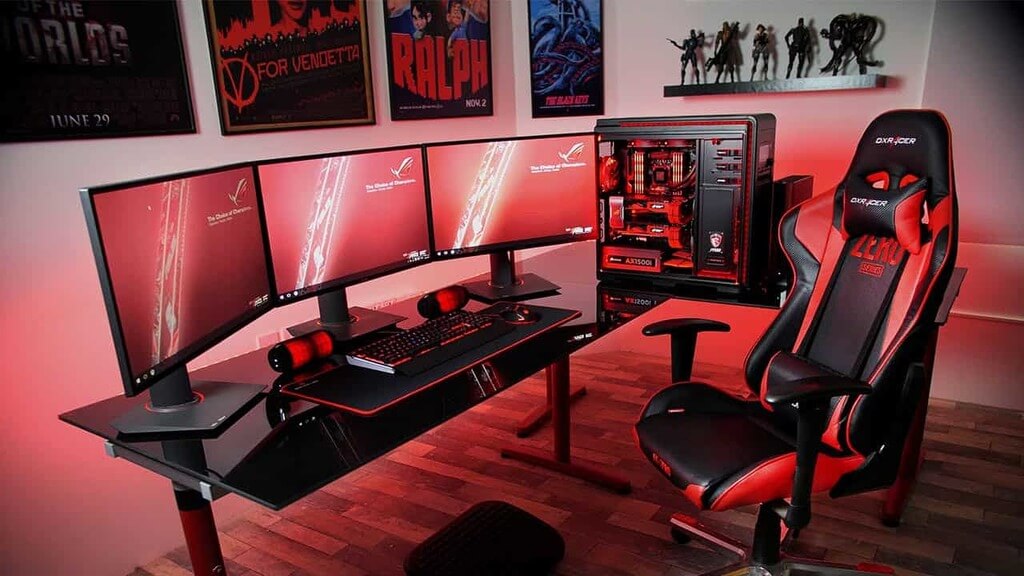 Digital storm launched this gaming pc named digital storm Aventum x, which is customizable as per requirements. It features a custom liquid delivery system and an assistant for the latest Intel (or AMD) processors to quench the thirsty demands of the enthusiastic gaming community. It can have a price of and around $15,000, depending on the CPU AND GPUs. The chamber in the front has enough space for a motherboard, dual GPUs, and hard drives. Moreover, while making any upgrades, you do not have to alter the liquid cooling system.

Above are 11 of the most expensive gaming PCs as of 2022, which can strike any gamer’s chord. Depending on your requirements and budget, you can go for one.