There are a lot of games in today’s time that have a complex playing method. Besides having a complex playing method, these games have features that many gamers do not even know. Such features can make their gameplay smoother and more enjoyable. One such game is Rimworld. Created in the modern gaming time, Rimworld is a game that manages a colony. During this game, you have to ensure that your rough set of colonists survive with all their suddenly generated skills, background stories, and eccentricities. Based on your artificial intelligence storyteller in the game, you will get ‘wholesome farming sim‘ and ‘relentless cascade of disaster’.Let’s see best rimworld mods.

There are numerous Rimworld mods out there that can help you increase the quality of your play and better your playthrough. Some of the Rimworld mods help in the better organization of your colony and make it more efficient. It will also allow you to add new aspects like children and hygiene. Some RImworlds mods can completely transform your game by adding magic and exploration. However, it is better to increase the implementation of Rimworld mod only when you have a couple of colonies under your control and gather enough courage after the horror tales along your journey.

Let us now discuss the Best Mods For RimWorld that can make your experience as thrilling as possible; 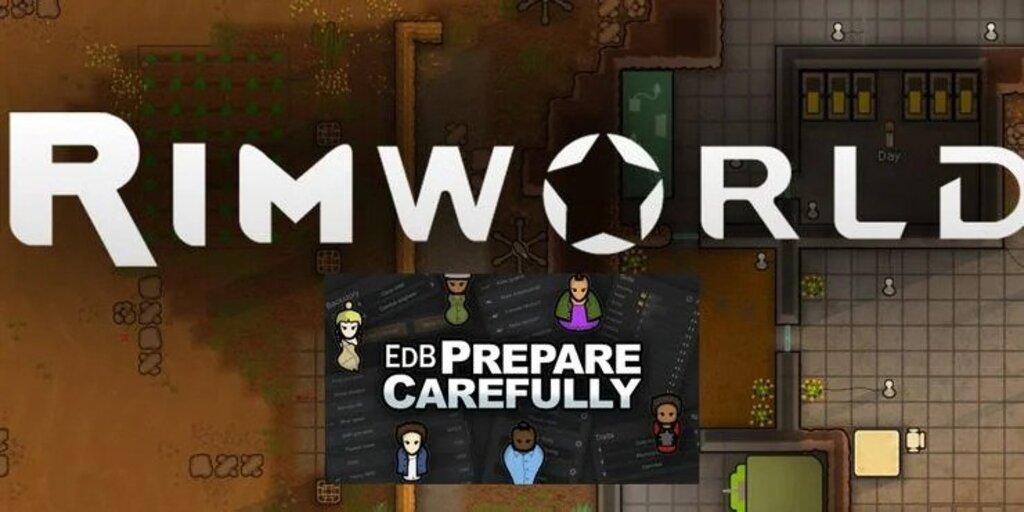 As one of the best Rimworld mods, the Edb prepare carefully has the highest rating on the steam workshop, and it justifies the rating. It facilitates overall customization of the starting location, colonists, and the game’s scenario as wanted by the gamer. Even though this mod got its last update dating back to August 2020, it runs smoothly in the current 1.2 updates of Rimworld.

The Edb prepared carefully is a thrilling mod to test your skills with. It will allow you to make a base for yourself, to have a convincing run in Rimworld. Besides, it will create a set of powerful colonists that can function at lightning speed and make a mighty world base a cakewalk. The key is with the player, and he decides how to go about it. 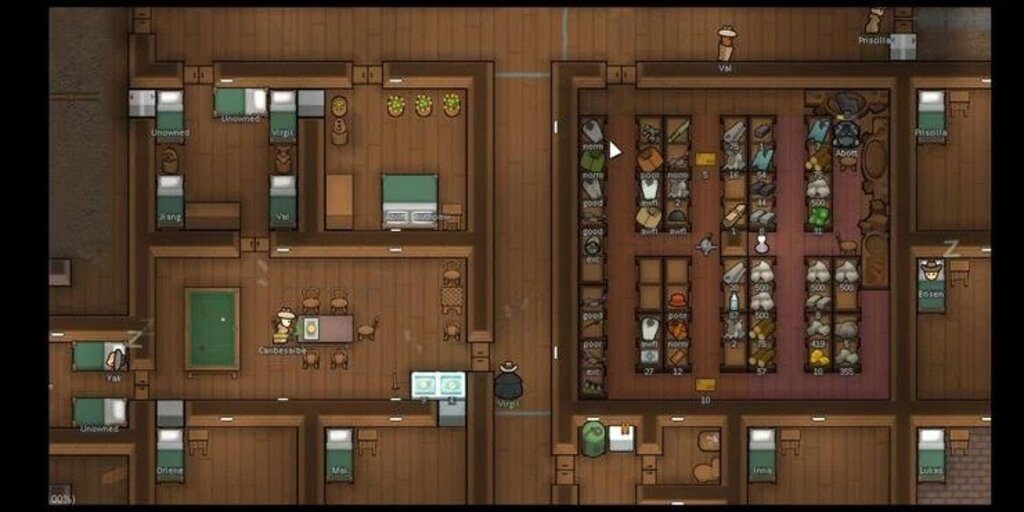 The wall light is not one of the most striking mods, but it adds something to the game that the gamers never even thought of as a wish- lights mounted on walls. More than 300,000 distinctive visitors to steam shops reveal the importance of this mod among gamers.

There are various features that come along with this mod; adding diverse attractive colors to the lights, changing the value of steel requirement for building a wall light, and creating a boundary of the area will get the light from the wall light. This simple mod of wall light makes your gaming life a lot smoother. 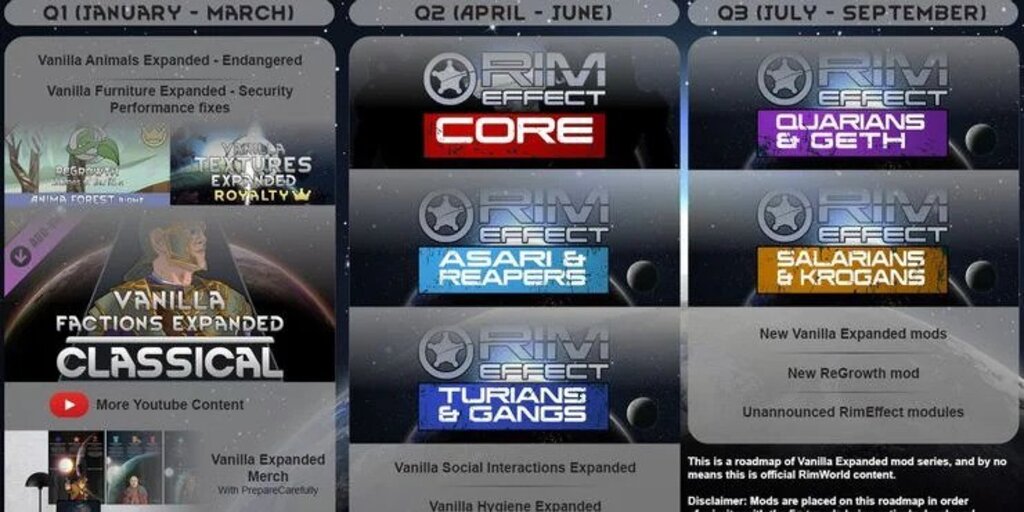 When we talk about the vanilla expanded mod, we are not talking about one mod but the collaboration of several mods. There might be a collection of some fabulous mods, but the mechanisms remain the same. The vanilla expanded mod works towards adding new furniture, new textures, a new colonist rule, and many more. The best part about this mod is; it will not interfere with any good mechanics of a simulation game.

Another very alluring aspect of the vanilla expanded mod is selecting the mods you want to use and removing the rest. You can toggle on or off everything via the mod menu, like getting new farms and new weapons, etc. 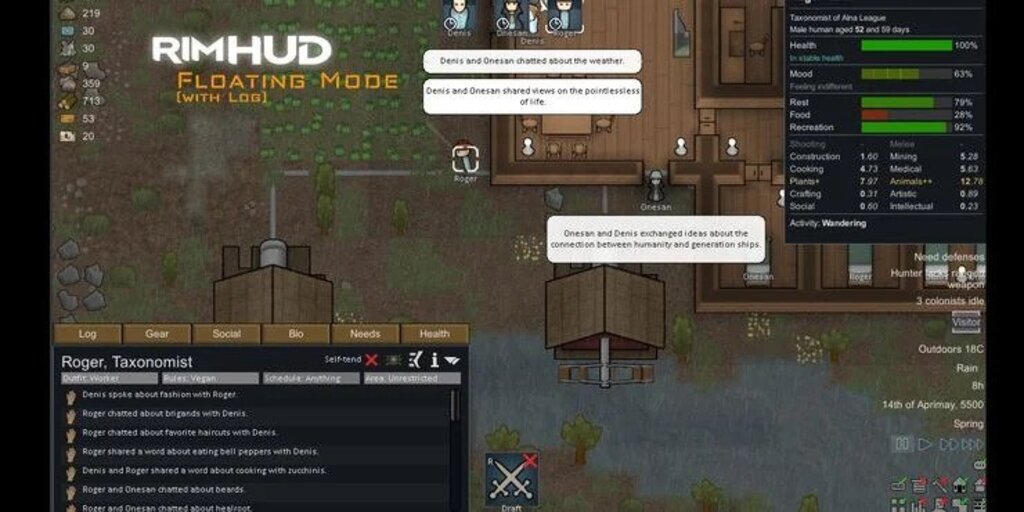 RimHUD is the best Rimworld mod that the data nerds would crave. This particular mod forms the place where you will get all the necessary information concerning your colonists. Besides, the RimHUD mod gives you graphs concerning a colonist’s food and recreation levels, which is much more precise than any statistic.

It (mod) also allows the storage and visibility of all the details concerning your colonist, and it will fit on your screen. It might be a simple mod, but the RimHUD can play a major role in increasing the efficiency of your playthrough. 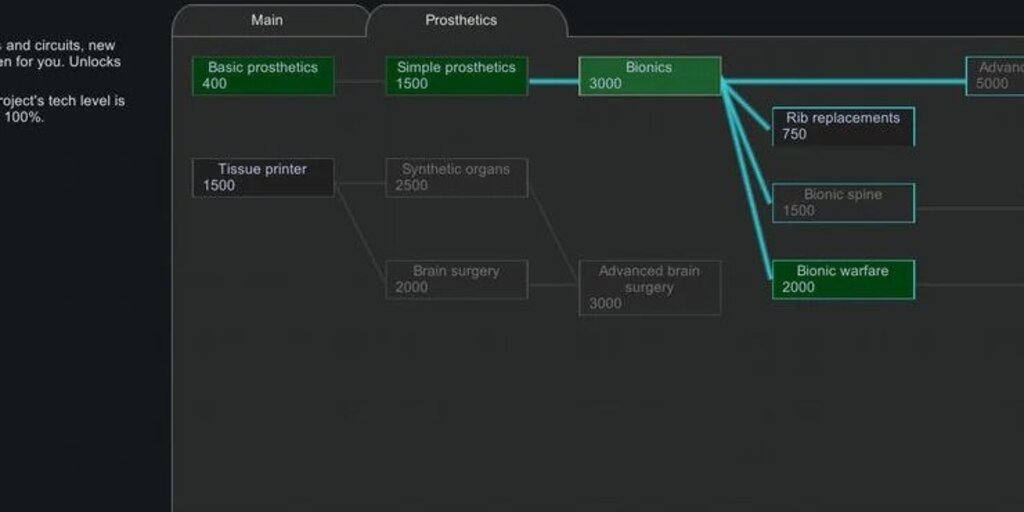 Ever since the beginning of the Rimworld game, many visitors and wanderers have entered your colony and just roamed around before leaving. At times, only if you were lucky enough, they would drop some loot or meat and combat against the killer critters for you. However, that is the most you can expect. The coming of the hospitality mod made things favorable in this area.

Now you can opt to build a guest room for these visitors, flirt your communications with other factions and increase your reputation on the gaming platform. In short, the hospitality mod takes care of all the intricacies concerning the named area. Besides wooing other factions, you can also lock them up in some small dark till they freak out and follow your orders. 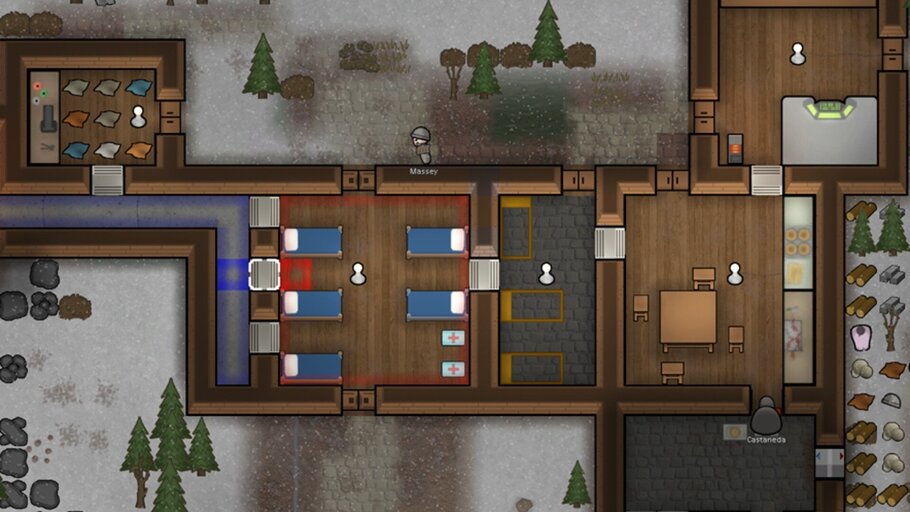 The Expanded prosthetics and organ engineering of the Rimworld gaming platform equips the gamers with the facility to deal with the intricacies of developing superhumans. Everything begins with the creation of a simple hand till it ends up in an extraskeletal suit.

This particular mod extends the horizon of the game, where you get the chance to experiment with your skills. You can experiment with any colonist who might lose a hand, a leg, or some internal organ. All you will do is generate one and replace it with the old one. 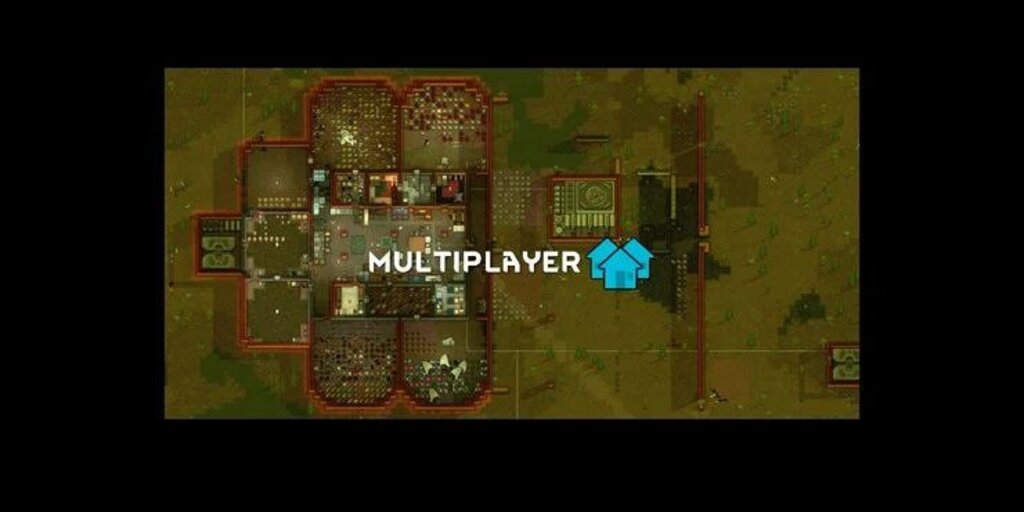 The game of Rimworld has pretty rooms that come in wild and huge sizes. You need big rooms to make your colonist cover its operations. However, these rooms might be huge but are of no use, like building a compact mountain base on top of some boiling hot desert. You need adequate space for other things. Here comes the relevance of the realistic room mods.

The mod of realistic rooms helps you reduce the required size of bedrooms and alternates some modifiers for making space for dirt and filth. Consequently, it makes the job easier to create a base that looks comparatively more in proportion to the size of your colonists. 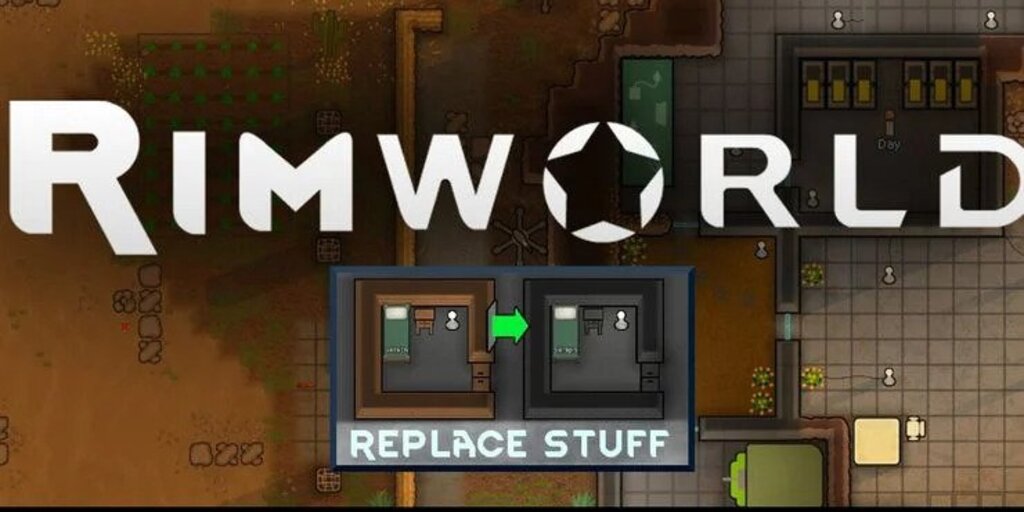 As the name suggests, this particular mod allows you to play Rimworld with your friends. It is a very simple mod, which cuts through the stream to not need to hold the hassles of setting up a lobby. Setting aside this complicated process, you can play with as many people as you want. The mod recommends a maximum of 8 people, after which the game turns wild.

This specific mod of multiplayer turns the game altogether, from you being a solo player to having a colony run by you and your group of friends. What’s astonishing is that multiplayer was not a part of Rimworld during its release. However, it played a crucial role in making it one of the highest-rated steam games of the previous decade. You can go for building extravagant bases and join forces to create the best organ harvesting business. It is the platform for a perfect collaboration and put up a tough fight against your opponents. 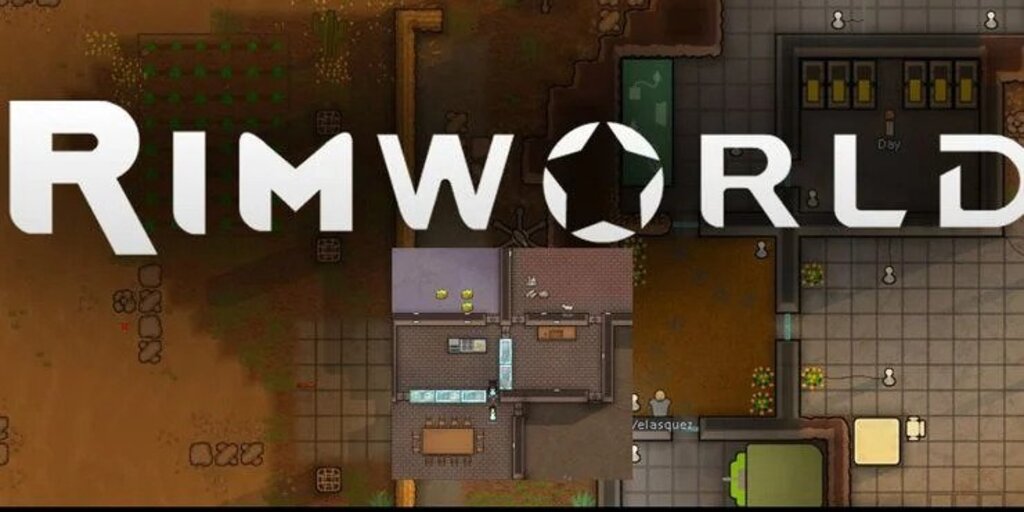 The regular working of Rimworld with all its building restrictions can bore you. However, you need not worry anymore with the coming of replacing stuff mod. The mod of replacing stuff allows you to replace the items you do not want, but one thing on top of the other and create a building and decorate it as per your wishes.

You can add features to your existing wall and make a new one without destroying the old one. Besides, it allows you to replace the old furniture with the new, without any dismantling.

Also Read: Best VR Games: Top 5 Games That Are Awe-Inspiring For The Gamers 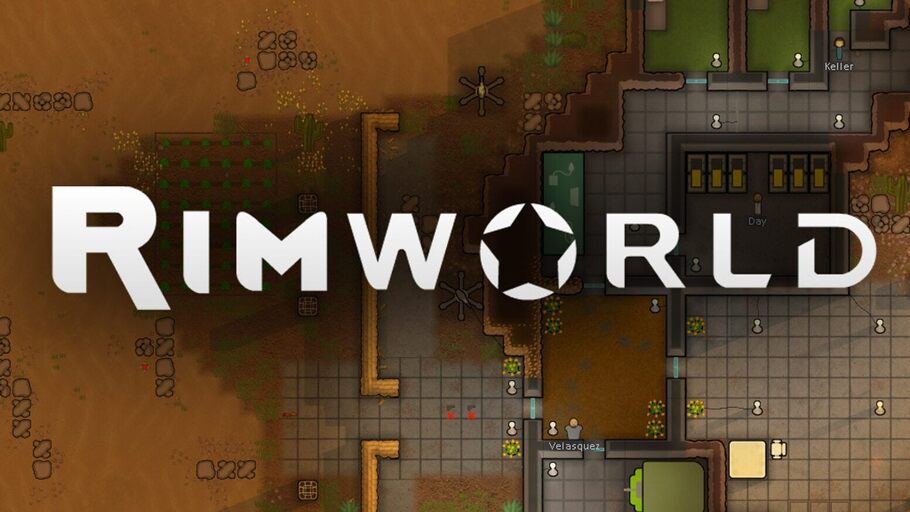 The fridge is one of the basic requirements in any household, yet it is missing in Rimworld. The mod of RimFridge allows the installation of a fridge in your game, where you can store all the food and prevent it from rotting.

It also reduces the need for labor in your Rimworld, as having fridge stacks in a prisoner’s room will allow him to get the food by himself. Besides, the RimFridge mod also nullifies the need for a separate chilled room for storing food.

How to Cancel Expressvpn? Know the Simple Steps Today

VPN is a very important service via which we can keep our identity private on...