2019 was the year of happenings and happiness for the game lovers as Remedy’s Control becomes the talk for months, Apex Legends surprise the fan with its release, David Lynch works as an inspiration. So for fans 2019 was done right, but what about the upcoming games 2020, what is there for the fans? How will go to thrill the game lover? Don’t worry as a game lover we understand your excitements and worries, so beat the feeling, this post is going to talk about games coming out in 2020:

Cyberpunk 2077 is the most awaited game of 2020, based on science fiction about the human with robotic feet and dystopian futures. The first teaser of the game was released in 2013. The game is about future megacity, which is run by criminal gangs and militarized corporations. Here the player can upgrade with the combat abilities. Developed by the developer of The Witcher 3, you can expect more adventure and fun in this game. Keanu Reeves’s appearance in the game has its adventure and charm. So all the folk out there, are you ready for such upcoming fighting games?

Zombies are back with a bang and this time with The Last of Us 2. The game is a tale of revenge with some amazing twists and turns. The leading role is played by a teenager Ellie who lost loved ones to a traumatic zombie apocalypse. The player is equipped with firearms, stealth, and improvised weapons to protect against the infected human and cannibalistic creatures. The player got the freedom to upgrade skills by collecting supplements. Part 2 has introduced guard dogs and its ‘Listen Mode’ heightened the hearing sense of the player to locate enemies.

Are you ready to save Earth from an unknown threat? If yes, then Final Fantasy VII remake is ready to send you on the mission to save the planet from Shinra corporation (they are responsible for draining the life energy from the Earth). It features battle and exploration is the same as Final Fantasy XV. With slick visuals and crazy twists, it is the better version to date. It’s ‘Active Time Battle’ is much improved than the previous version as players can halt actions and special abilities like magic, moves, and items for a better experience. This is another golden name in the upcoming 3ds games.

Watch Dogs Legion is an upcoming action and adventure game to kickstart the New Year. The game is set on the background of fictional representation of London. The game allows feature where up to four players can work together to keep the people in line. The story of the game focuses on the hacker group DedSec working in London to fight authoritarian who has taken total control over the United Kingdom. To combat the problem, the organization recruits people who have their own background stories and set of skills to fight the problem. So are you ready for some action?

Animal Crossing: New Horizons is the fifth part of the Animal Crossing series. The game will take from urban settings to the deserted island. The real-like region and situation evermore help the audience to adore the game. The game has a crafting system that allows turning material into tools and furniture. Isn’t it amazing? Even players can select the character appearance, i.e. skin color, hairstyle, gender, and whatnot. Nook Miles, the fictional currency introduced by the developer, where a player can use it to buy premium items. Its features, like the freedom to construct home and windy air to express the movement of the leaves on the tree, is simply marvelous.

Akinator unblocked is a very famous and popular mobile game which is also available on major operating systems such as Android, iOS, Blackberry, Windows and many other.

Resident Evil series is back with part 3 to amaze players with the updated graphics and new gameplay mechanics. The game is action-packed with more furious enemies and Nemesis creatures. This upcoming horror game is a complete package as the player can interact with enemies and the environment in several astonishing ways. The player is equipped with several firearms to defeat enemies. The player has to use his own skills to focus on solving puzzles and defeating enemies. Developed by Capcom, you can expect tonnes of adventure and action to satiate the player’s need.

Release Date: to be announced

How much do you love him/her? Are you ready to fight for him till death? Are you ready to prepare for the ride of hell just to protect him? If you want to get an answer to these questions and somewhat like her, then Senua’s Saga: Hellblade 2 is perfect for you. The first part of Hellblade was based on the emotional storyline that got stuck on the mind of the player for a longer time. This game got impactful and amazing digital graphics to catch the attention of players like anything. So what are your expectations from part 2?

If you are a fan of blood-sucking vampires, then Vampire: The Masquerade – Bloodlines 2 should be in your bucket list. The game is the sequel of 2004 Vampire: The Masquerade – Bloodlines. The game features Seattle city, where the player is assigned to one of the three thin blood disciplines. First of all, the player has to define the look and background history. You can create a lead that has a criminal background, a person who is a police officer, and backgrounds like that. After that, the player has to choose thin blood disciplines of the player, including the ability to glide and summon bats, the ability to summon mist to attack, and the ability to levitate objects and people. In the whole game, survival is the main factor that a player needs to keep in mind. Exposing their vampire power is punishable in the game. So are you excited to play the role of next Edward Cullen or bad Volturi?

The next name in the genre of adventure and action is the Ghost of Tsushima, as this ghost is not easy to tweak and twist. Based on the plot of samurai on Tsushima Island, it sure shot to be top the list of adventure and thrill. Based on Japan, the game allowed a player to travel around the world, master some amazing fighting style, and fight for the country. Talking about the graphics, it’s simply stunning and allows the player to experience Japan like never before. Discover the hidden treasure, mystical facts, and unexplored life on the island of Tsushima.

The sequel of Wasteland 2 is back with a bang, and the bang is called Wasteland 3. The game allows single as well as multiple players to lead the survival mission on team November, a Ranger Squad. Based on the apocalyptic version of Colorado, it is totally action-packed and one of the best games of 2020. This time the player can expect mind-blowing graphics, sound, and overall best gaming experience as the developer has used three times more budget than Wasteland 2, so you can imagine the grandeur experience that player will experience this time. The trailer of the game has already created a great impression among the players.

Welcome to Chicago, the city will take you to the ruthless and cold-blooded murderer. The main aim is survival through intimidation, hustle, or maybe charm that will work like wonder. The player here will use the boss to control actions to overtake the opponents. The player has to manage unquestionable businesses like casinos, brothels, and whatnot. Players have to show the combat skills to overtake the business from other bosses; basically, the game is all about power and rule. Setup in the background of the 1920s of Chicago.

Developed by the famous 343 Industries, Halo Infinite is the number sixth in the series of Halo. The game continued the story of MasterChef as the leading character of the player. The game focuses on the events of Halo 5 Guardians, so Halo fans can once again cherish the character MasterChef in the new form and this time to persuasive and tactful to win over the enemies. Although the game was announced in 2019 for the Xbox one platform, die-hard fans have to wait till the 4th quarter of 2020.

So far, the release date of Dragon Age 4 is not confirmed yet, but more talks about its release is in the air. It is expected that this game will be complete action-packed for all the action lovers. The game will be available on PC, Playstation 4, and Xbox One. So be ready to see the rule of dragons once again after the Jurassic Park kingship. Let us know about your expectations and excitement about the game in the comment section below.

Stranger Things is not leaving any platform untouched, be it Netflix or gaming platform, the magic is unbeatable. The release date of the game is not yet confirmed, but one thing is for sure that it will be available in the first year of the new decade. The player in the game will follow the regular routine like going to school, work, or doing the usual chores of daily life.

Is there anything like true love or forever love? The game has got a romantic angle but not so cozy and cute stuff as survival becomes difficult for two lovebirds on a lonely planet. Will the lovers be able to remain together or are they fated to be opposite banks of the same river? What’s your stand about such games? 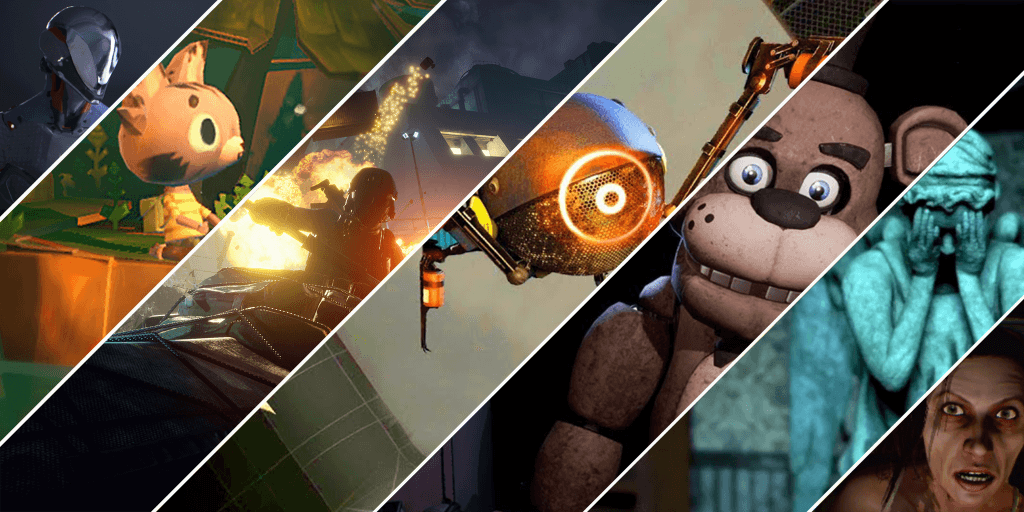 After analyzing these games, one thing is very clear that 2020 upcoming games are surely going to steal the heart of the players like never before. In upcoming games 2020, you can expect better graphics, storylines, and amazing plots to catch the attention of players. So are you ready for the virtual ride of thriller and adventure? For all the technology updates, Technographx is your answer.