If you are a kid of the 90s, then there are high chances that you are a fan of Pokémon. The craze for Pokémon was so high that all the show lovers used to collect the Pokémon cards. If you still have those Pokémon cards, you have accumulated good fortune because the price of these cards has skyrocketed in the past few years.

The value of the Pokémon cards has been on a constant rise for the past few years, of which the price of the most expensive Pokemon card stands at life-altering sums of cash.

A Synopsis of the Pokémon Trading Card Game’s (TCG) History 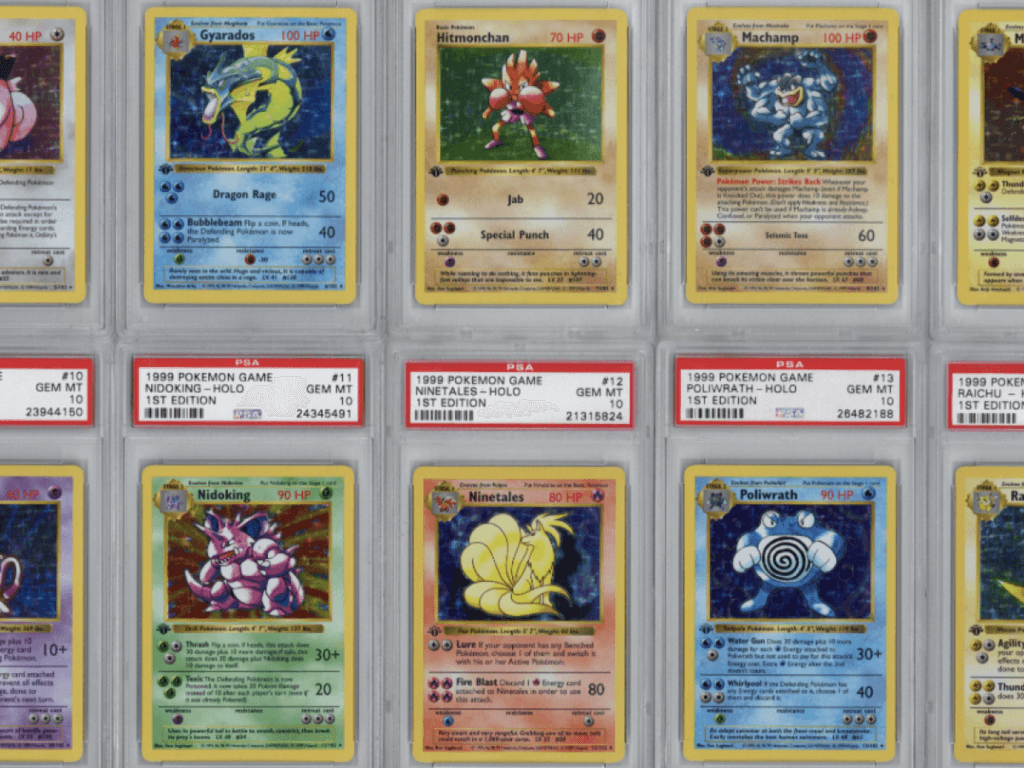 The Pokémon card game started in 1996 and quickly achieved a place in the most popular legacies of the Pokémon franchise.

In the game, the participants play the part of a trainer, but it fulfills the kids’ fantasy by fighting each other. Since its release, the Trading Card Game (TCG) has sold more than 30 billion playing cards globally. But apart from playing the cards, collecting these Pokemon cards has become popular, and this has made these cards very valuable. 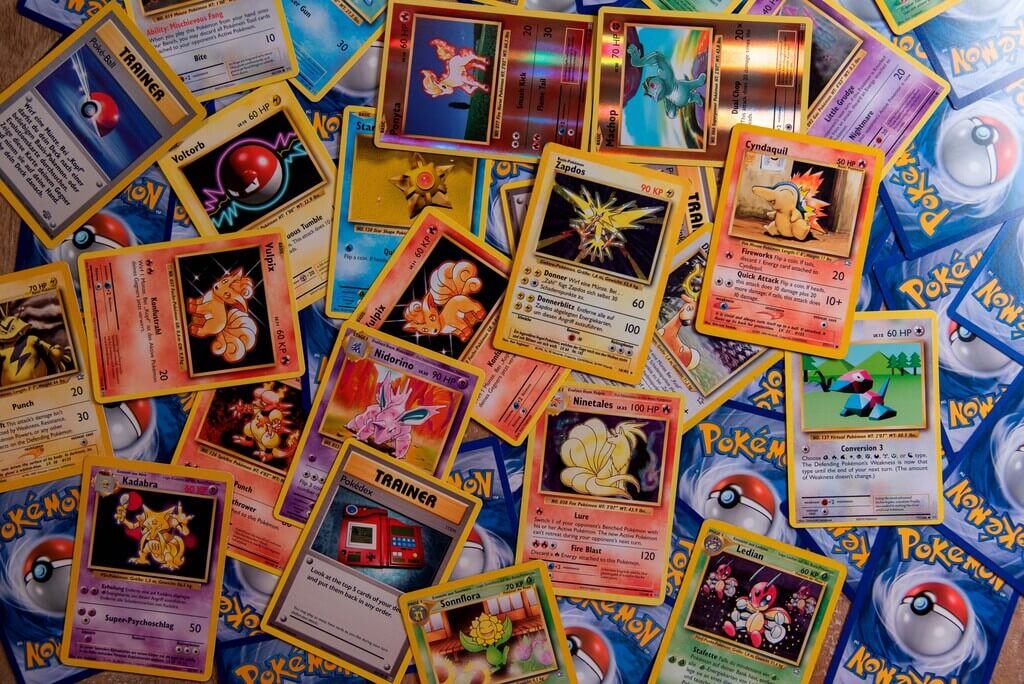 These cards are much more composite than you think. Numerous seemingly unimportant small things might make the difference between a few dollar gift card and a down payment on a new home.

Many factors decide the value of the cards; some of the major ones are as follows: 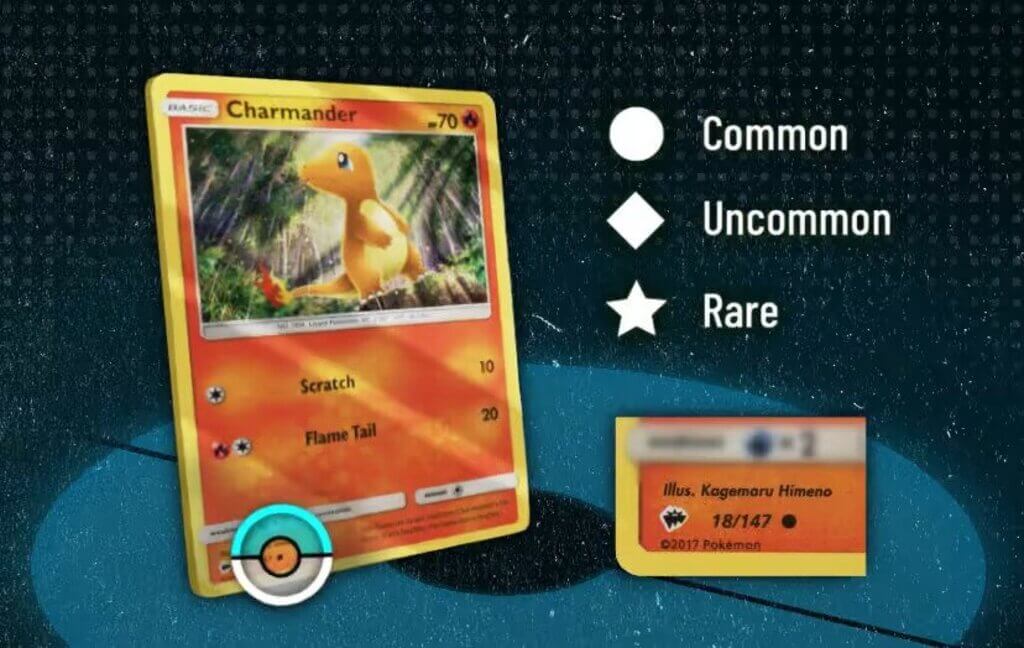 On most cards, a black sign shows their rarity in the lower right corner. You can find 3 types of symbols – circles, diamonds, and stars. The stars are rare, the diamonds are unusual, and the circles are abundant. So, here the value of the cards with the star symbol will be the highest. Above stars are the rarest Pokemon card with a white or gold star. 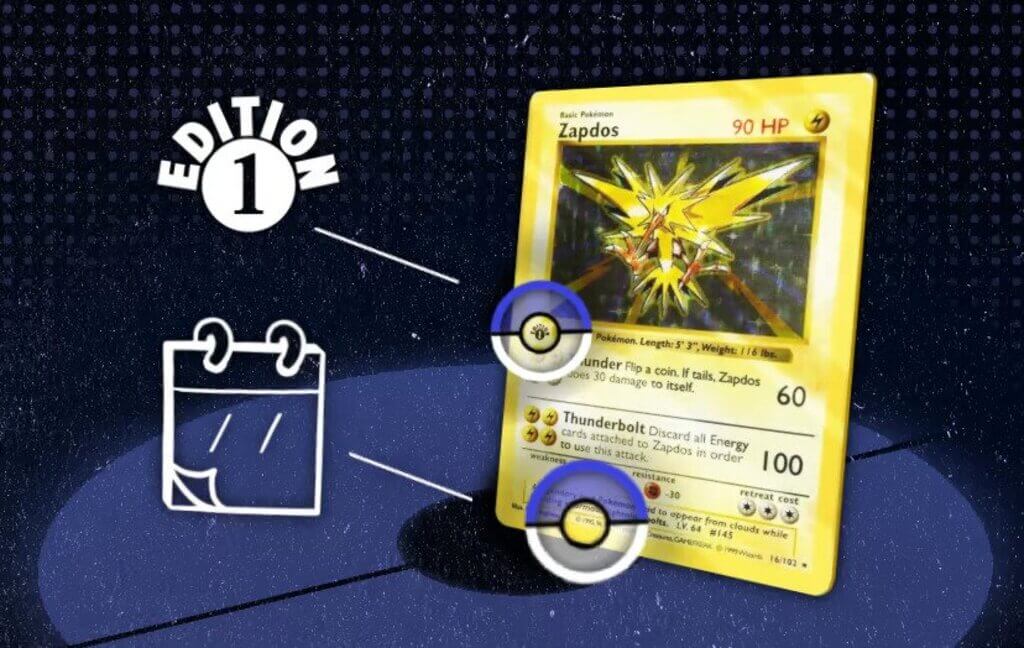 You can see the edition and print date at the very bottom of the cards. The value of the card increases with the issue year. First edition cards are in the most demand. Even common & uncommon cards can provide a reasonable price online. 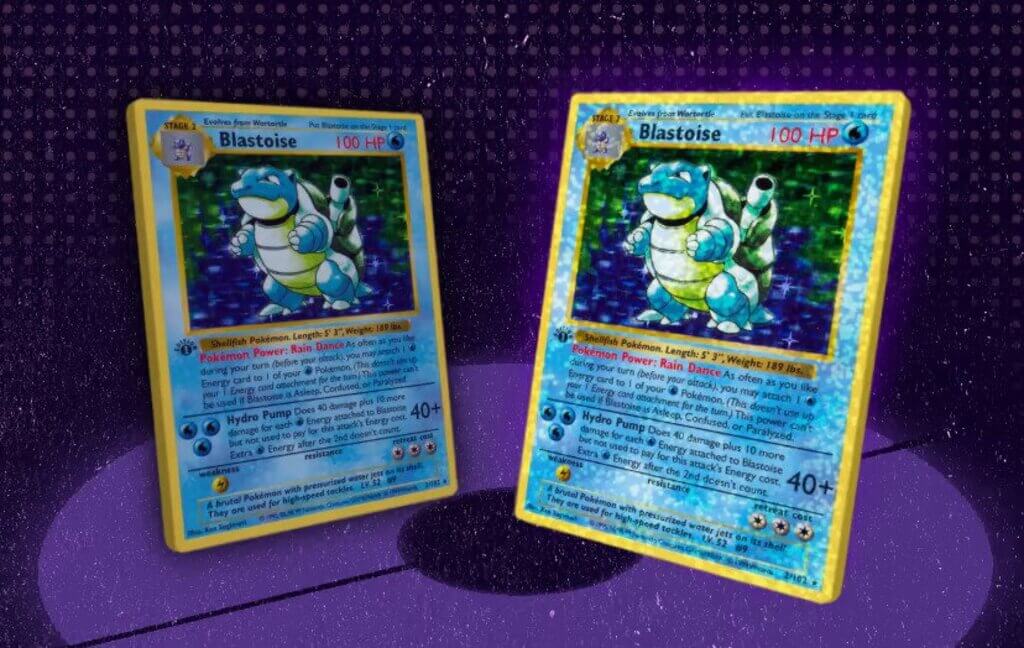 The cards have foil print with holographic effects that make the art shiny. On some cards, the artwork is holographic, but the remaining cards are matte. Even some really rare cards have a special holographic border. 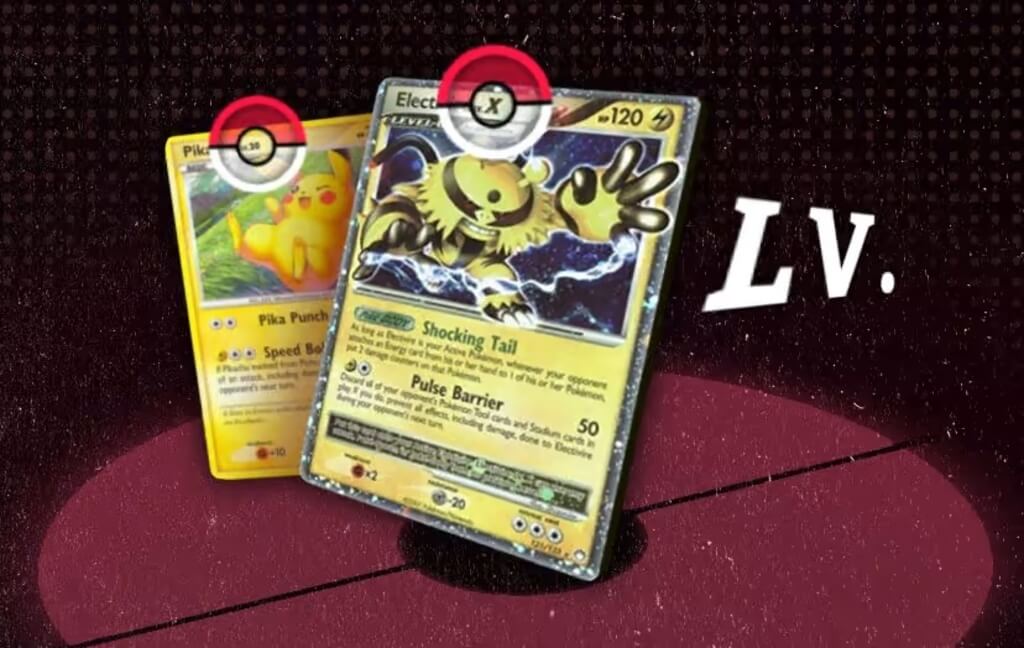 Some editions of the Pokémon cards have a level number next, aside from the name of the Pokémon showing the power level. It may be a number, a sign, a phrase, or a string of letters. 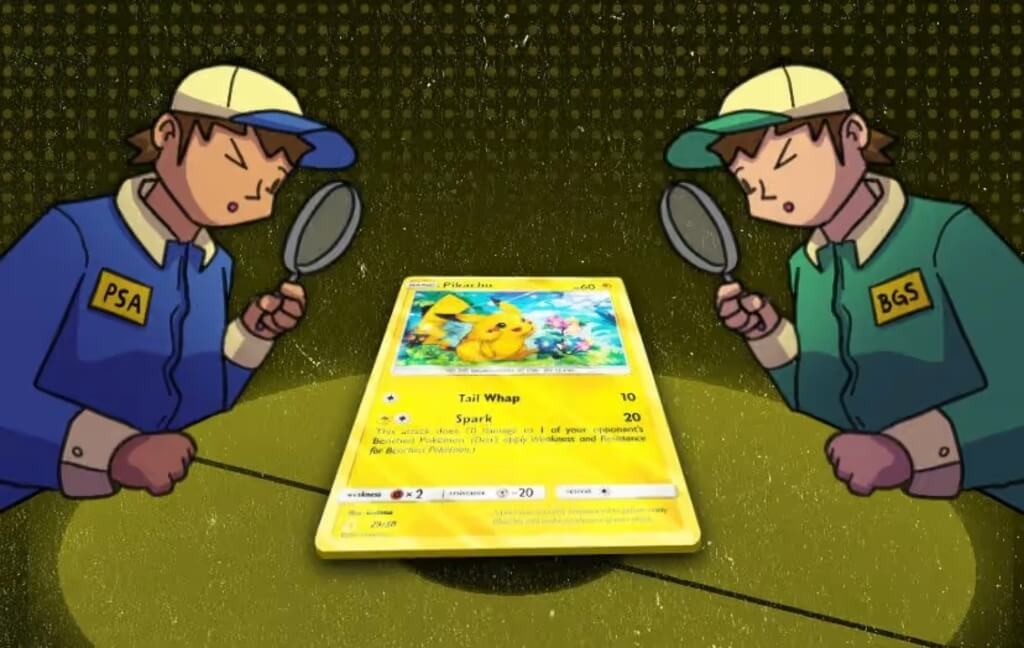 The card’s condition plays an important role in deciding the card’s value. In actuality, Professional Sports Authenticator (PSA) rates the majority of the most expensive Pokémon cards on a scale of one to ten, with ten denoting a card in immaculate condition with no signs of use. Even the slightest difference in the PSA grade can cost thousands of dollars.

Beckett Grading Services is another popular service for deciding the grade of the cards. Here, the BGS 10 is considered the highest value. 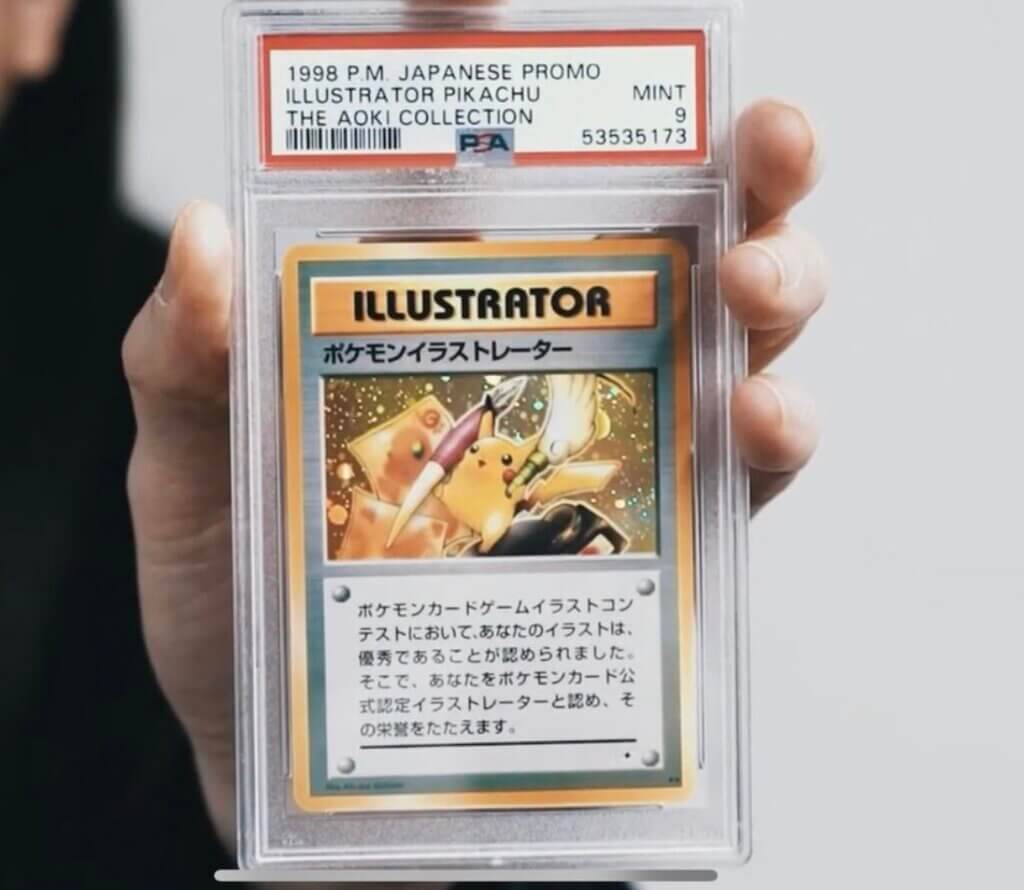 Pikachu Illustrator is one of the most expensive and most valuable Pokemon cards. It was in the news when Logan Paul purchased this card at 5.275 million dollars. It is a huge price for a card, making it one of the worthiest.

Earlier, the officials gave this card to the people who used to win the promo contests held by the Japanese magazine CoroCoro Comic in the 90s. The card’s top clearly says “Illustrator” rather than “Trainer,” which is one of its many distinctive features. There are 41 copies of this card, of which 23 are PSA-graded. 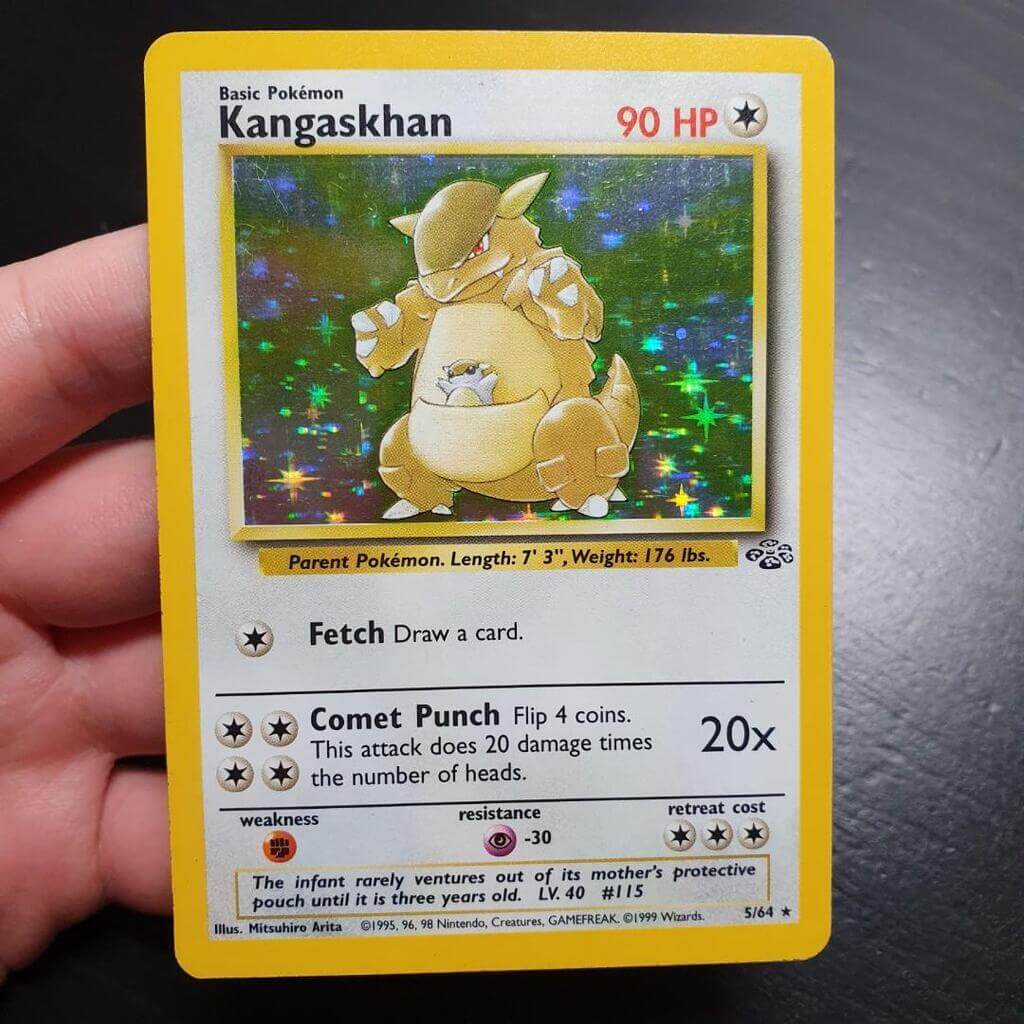 The representatives gave this card to the participants of Japan’s 1998 Parent/Child Battle tournament. The value of this card stood at $150,100 in October 2020.

It is a card with unique artwork and features the original card game logo on the front & back. It is one of the rare Pokemon cards that you can hardly find. Today, only 3 such cards have sold. 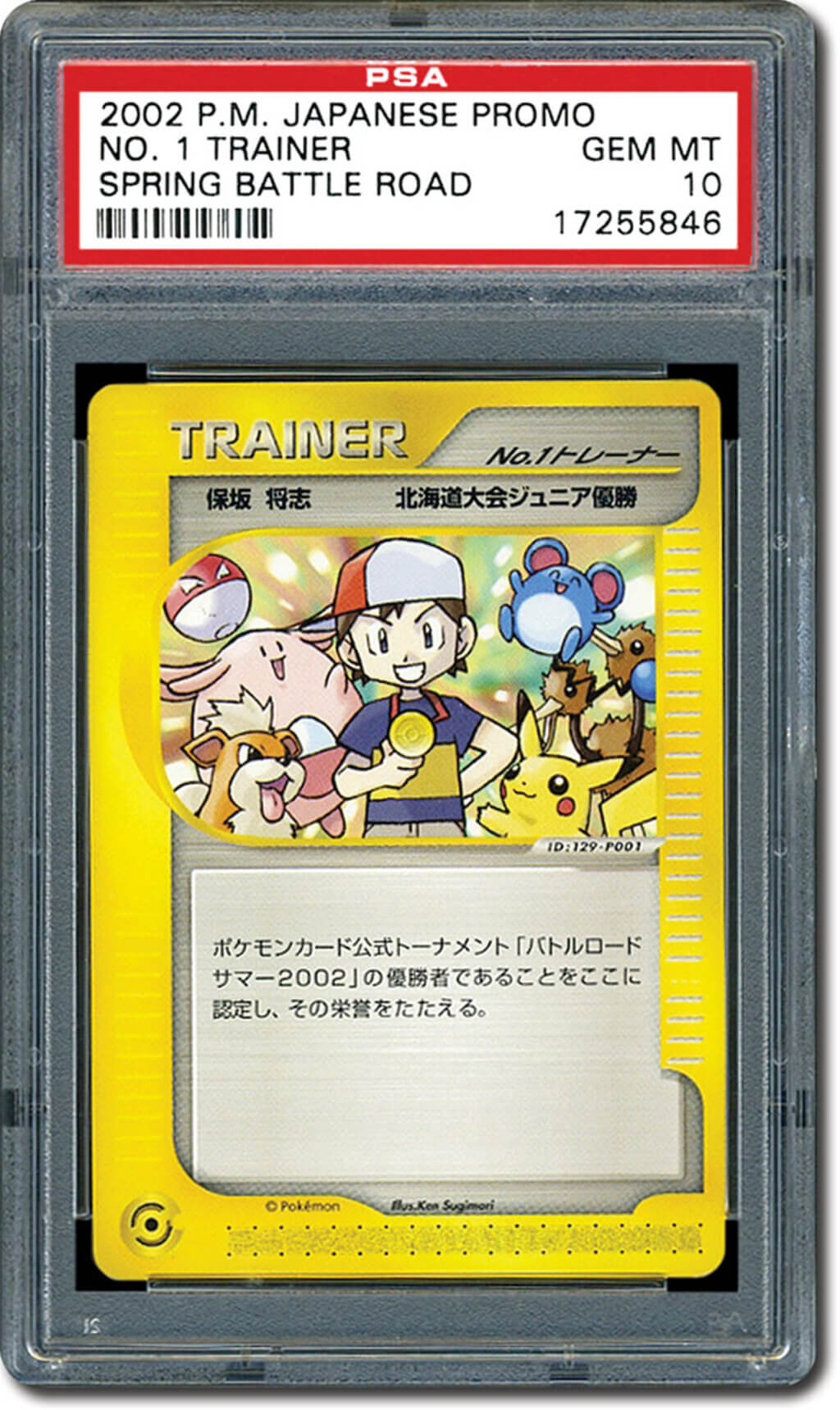 The first of two extremely rare and expensive Pokémon cards on this list with the name No. 1 Trainer. The officials gave the card to the winners of regional battle road spring tournaments organized in Japan in 2002.

You can understand the card’s rarity by knowing that every No. 1 trainer card was customized with the winner’s name printed on the card. Thus, they rarely appear at the auctions.

An original copy of the card was sold in April 2021 for around $31,000, complete with all its details and original packaging. 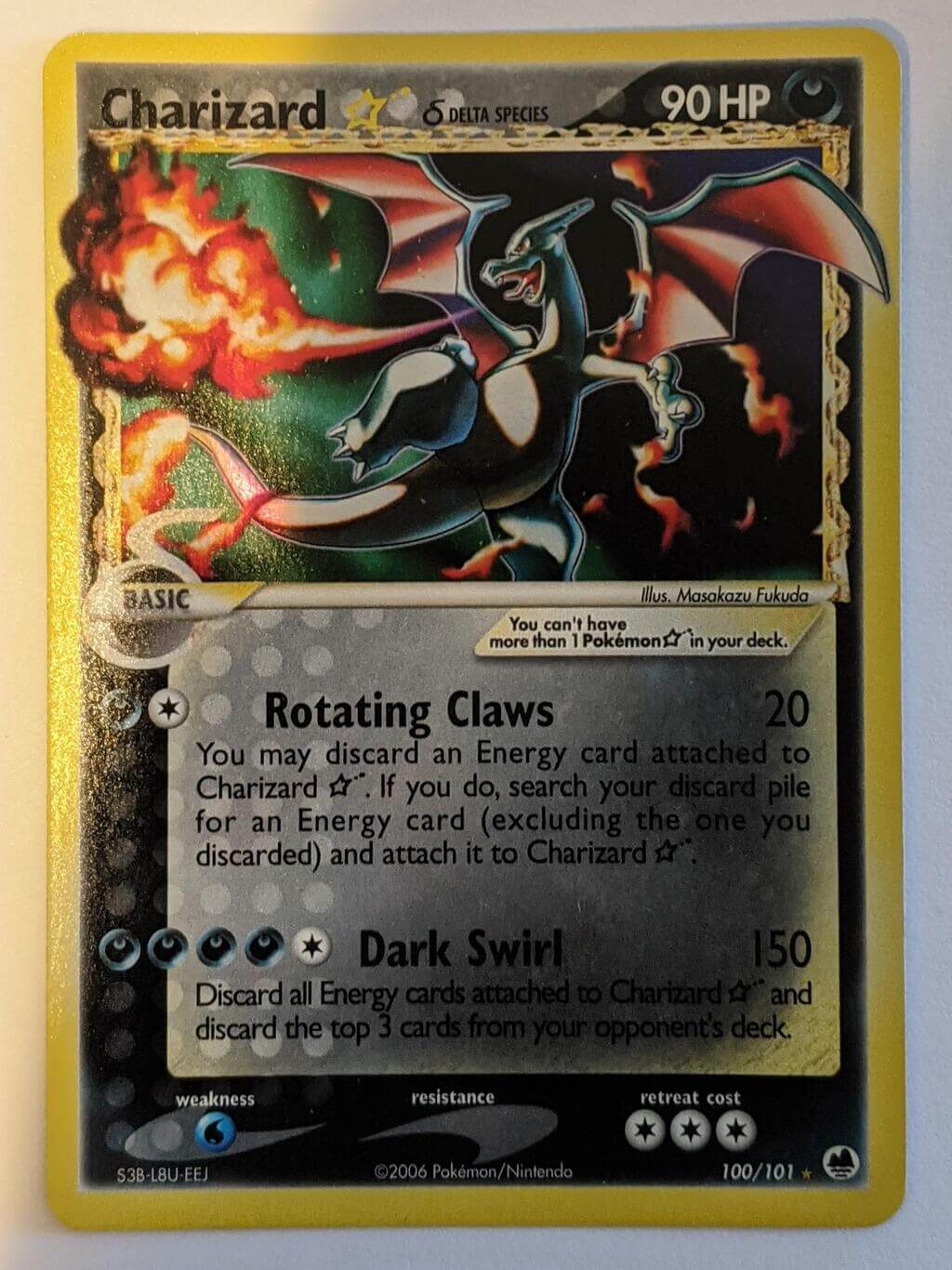 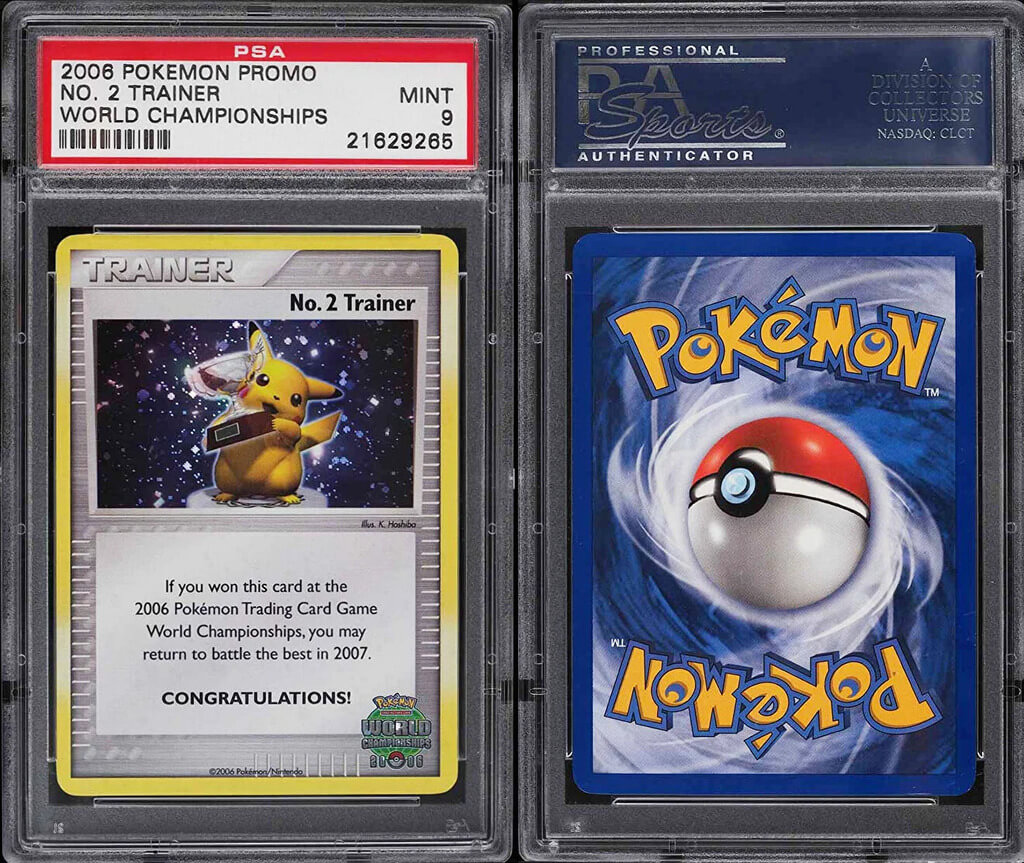 Finalists of the 2006 World Championships in California received these extremely uncommon cards. There are only 3 such cards, making this one of the rarest ones. 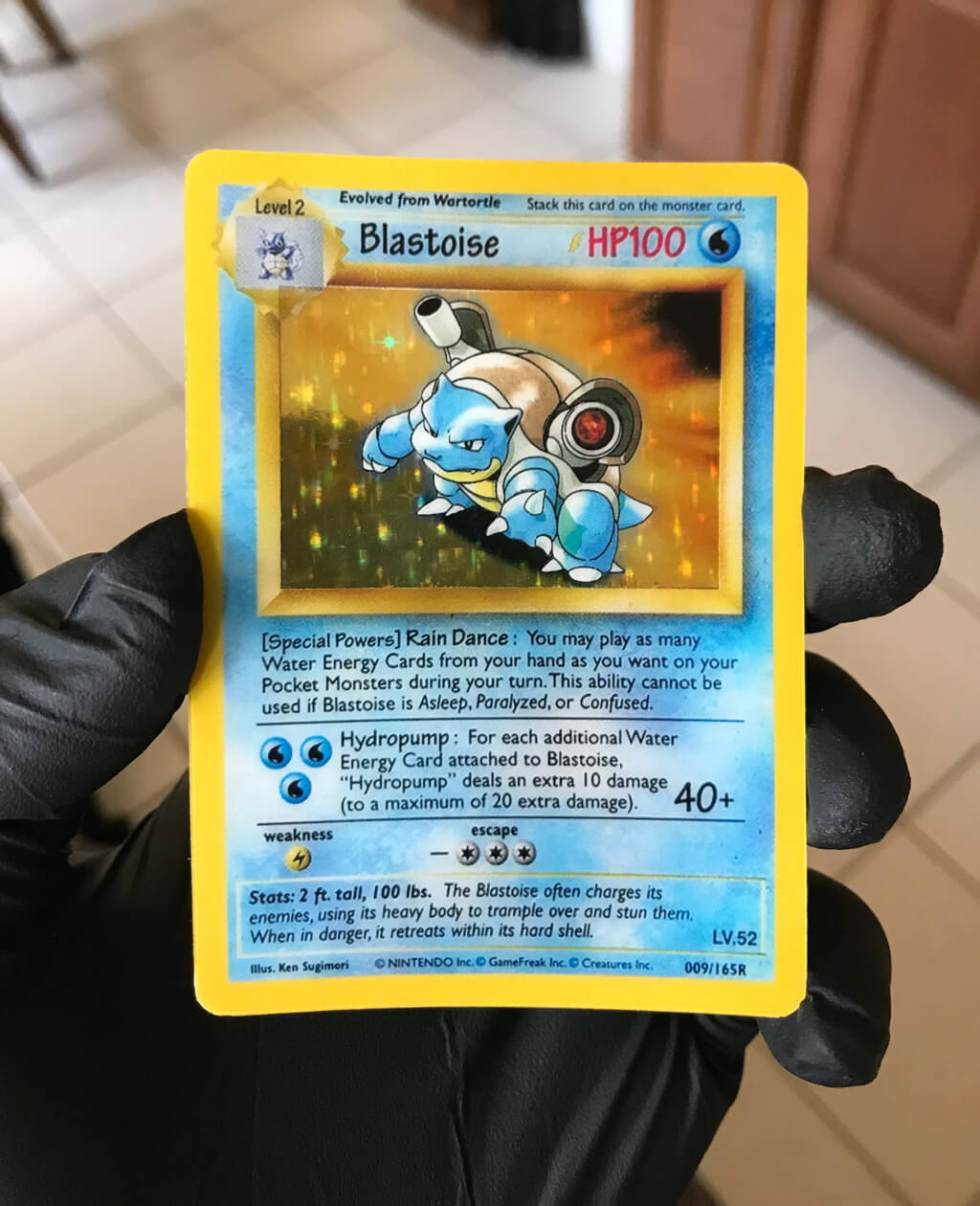 The price of this card is said to be $3,60,000 and is said to be one of the rarest cards. It is one of the 4 prototype Pokémon trading cards created by Wizards of the Coast to persuade Nintendo that a game was a good idea. 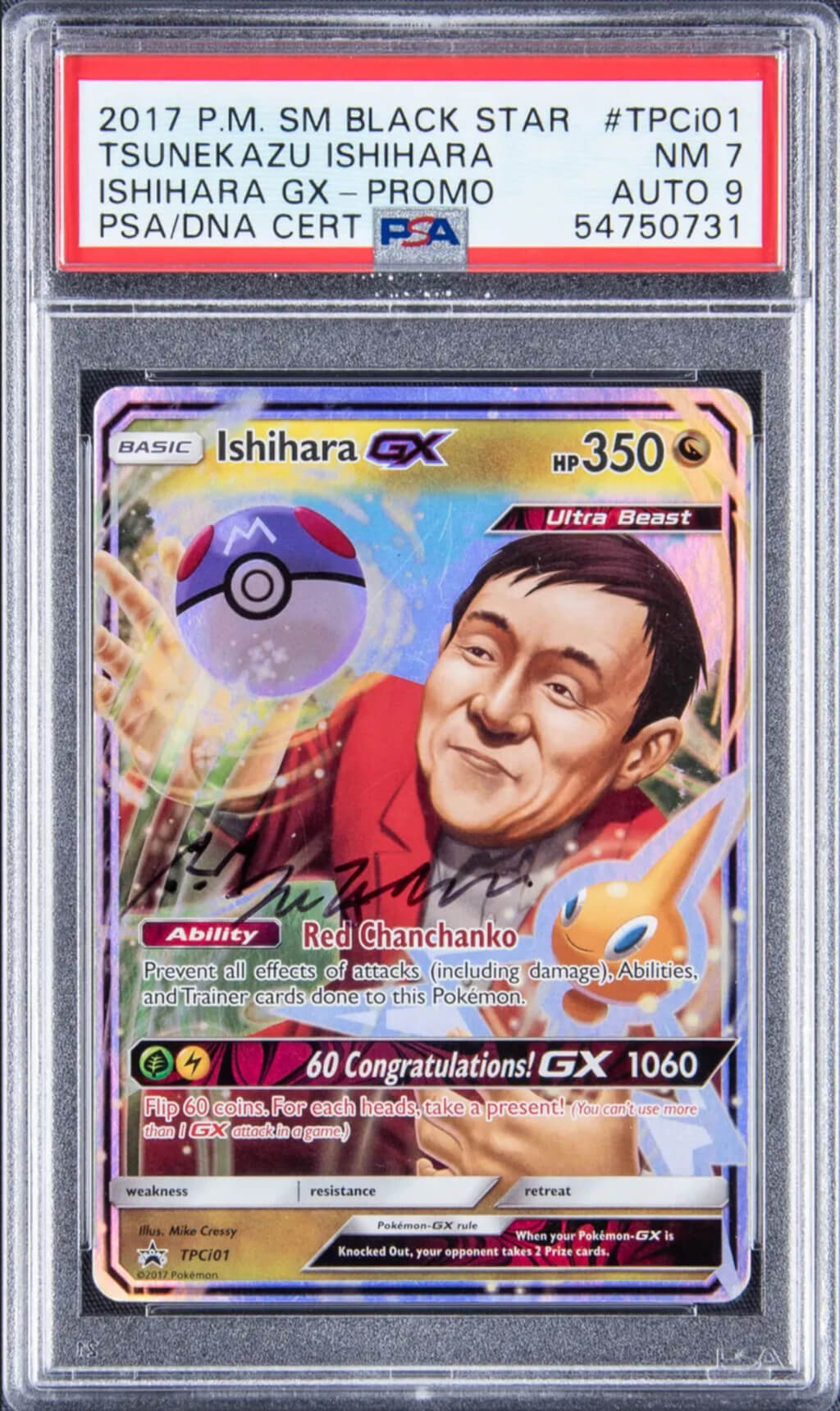 To honor the 60th birthday of Pokémon founder Tsunekazu Ishihara, a card like this one with an appropriate amount of strength was produced in 2017. They gave the card to the employees of Pokémon by Ishihara himself. The value of one of these cards stood at $247,230 in 2021, which brings it into the category of the most expensive pokemon card. 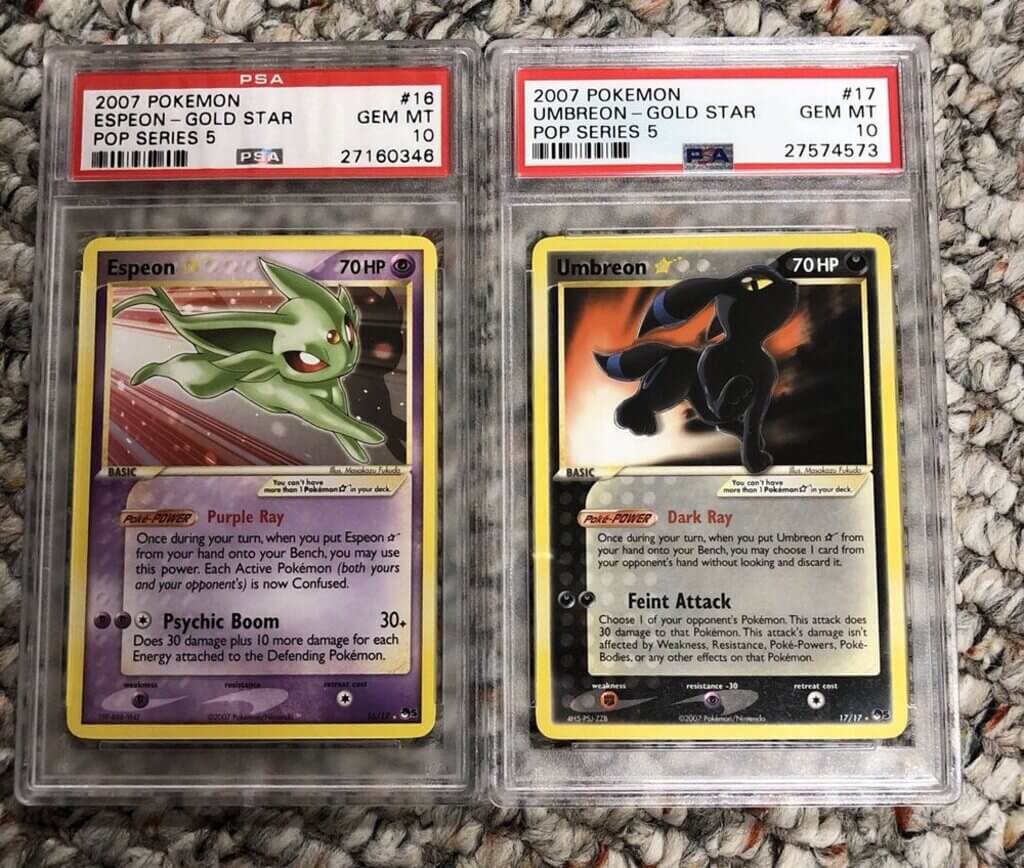 The gold star cards are very valuable. Cards are named after the gold star next to the Pokémon’s name at the top. There were only 27 gold stars released from 2004 to 2007, making them the card of the rare categories. PSA values the two cards at $194,209 and $187,277 respectively, 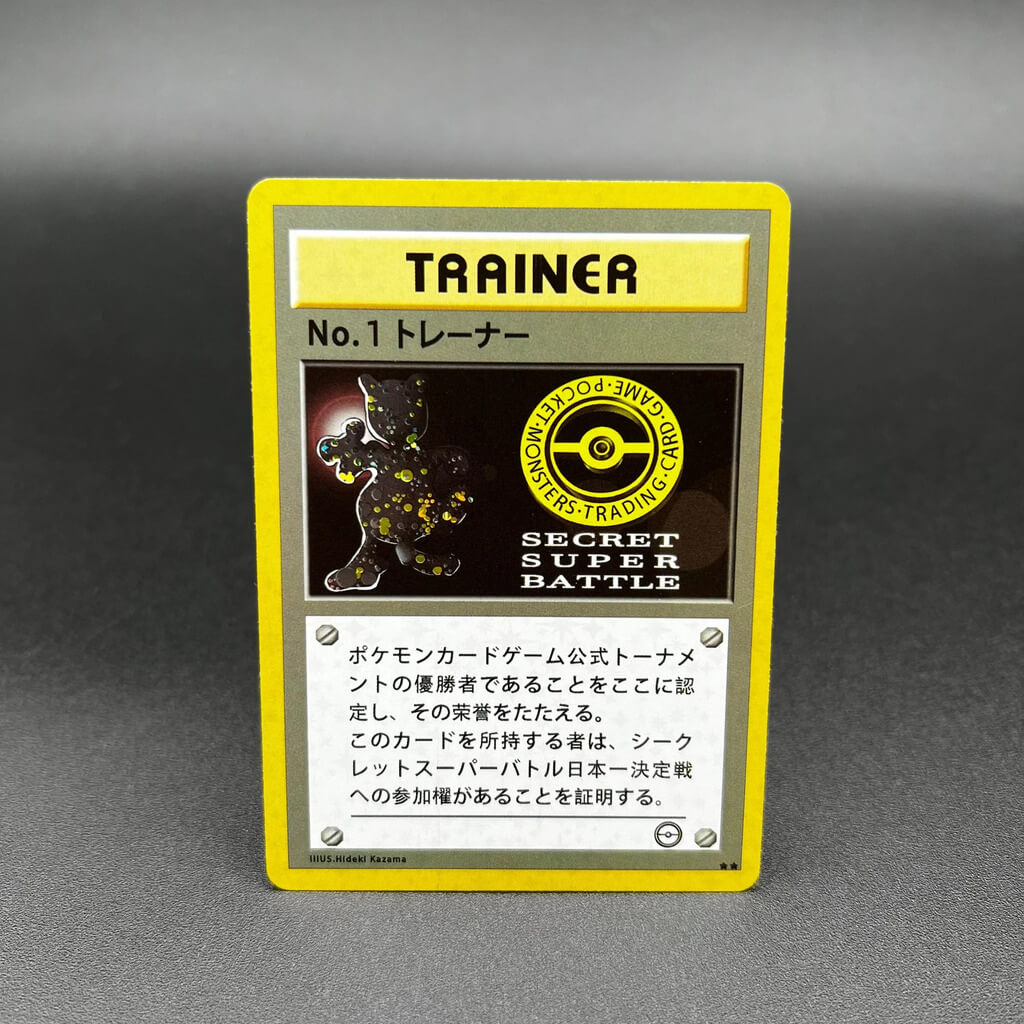 This rare card was given to the finalists of the secret super battle tournament organized in Tokyo in 1999. There were only 7 such cards in existence, of which one was for sale in mid-2020 for $90,000. 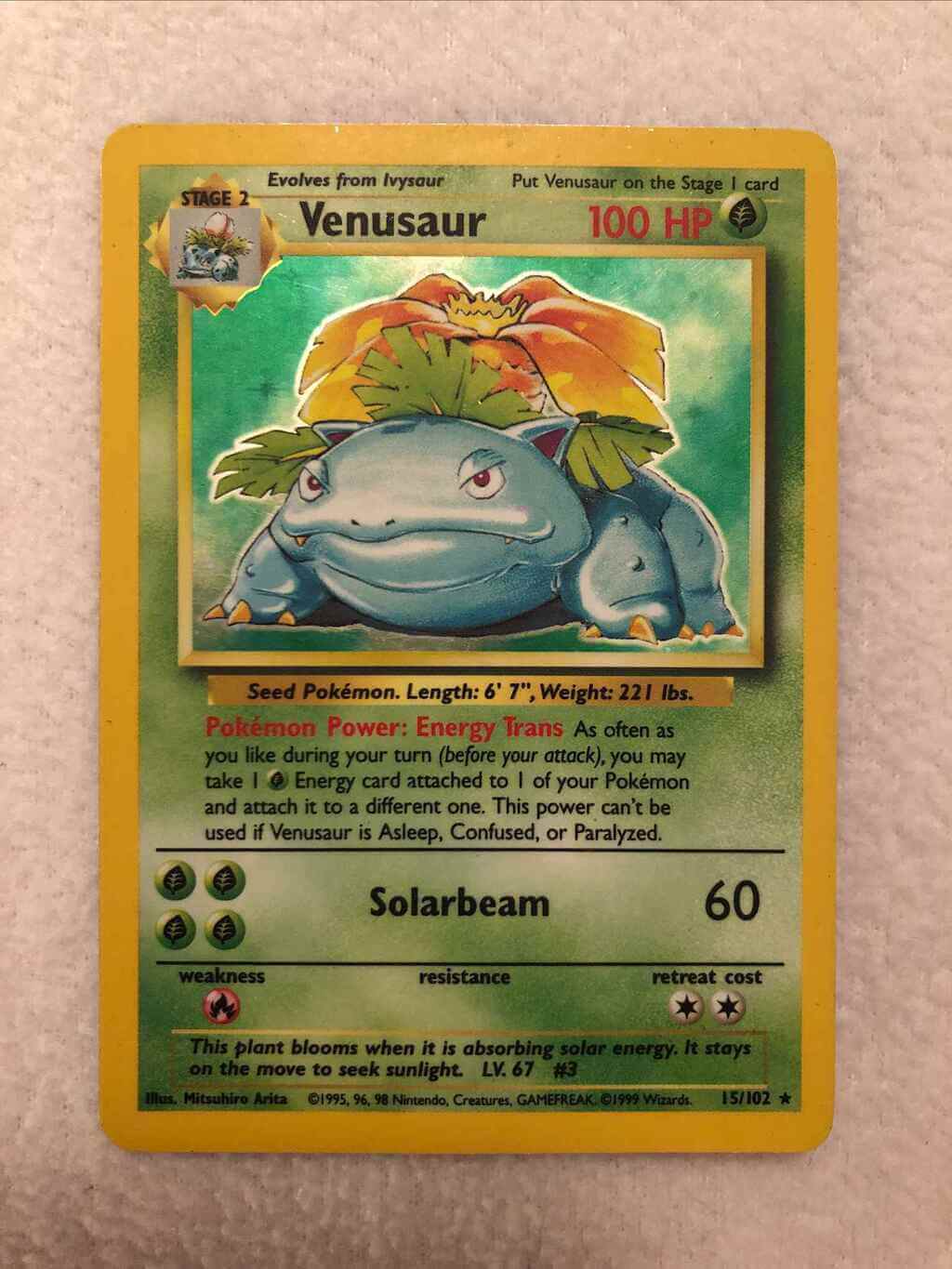 It is another popular card signed by famous Pokémon artist Mitsuhiro Arita and sold for $55,00 in 2021. The gem mint versions of this card are valued at high prices. 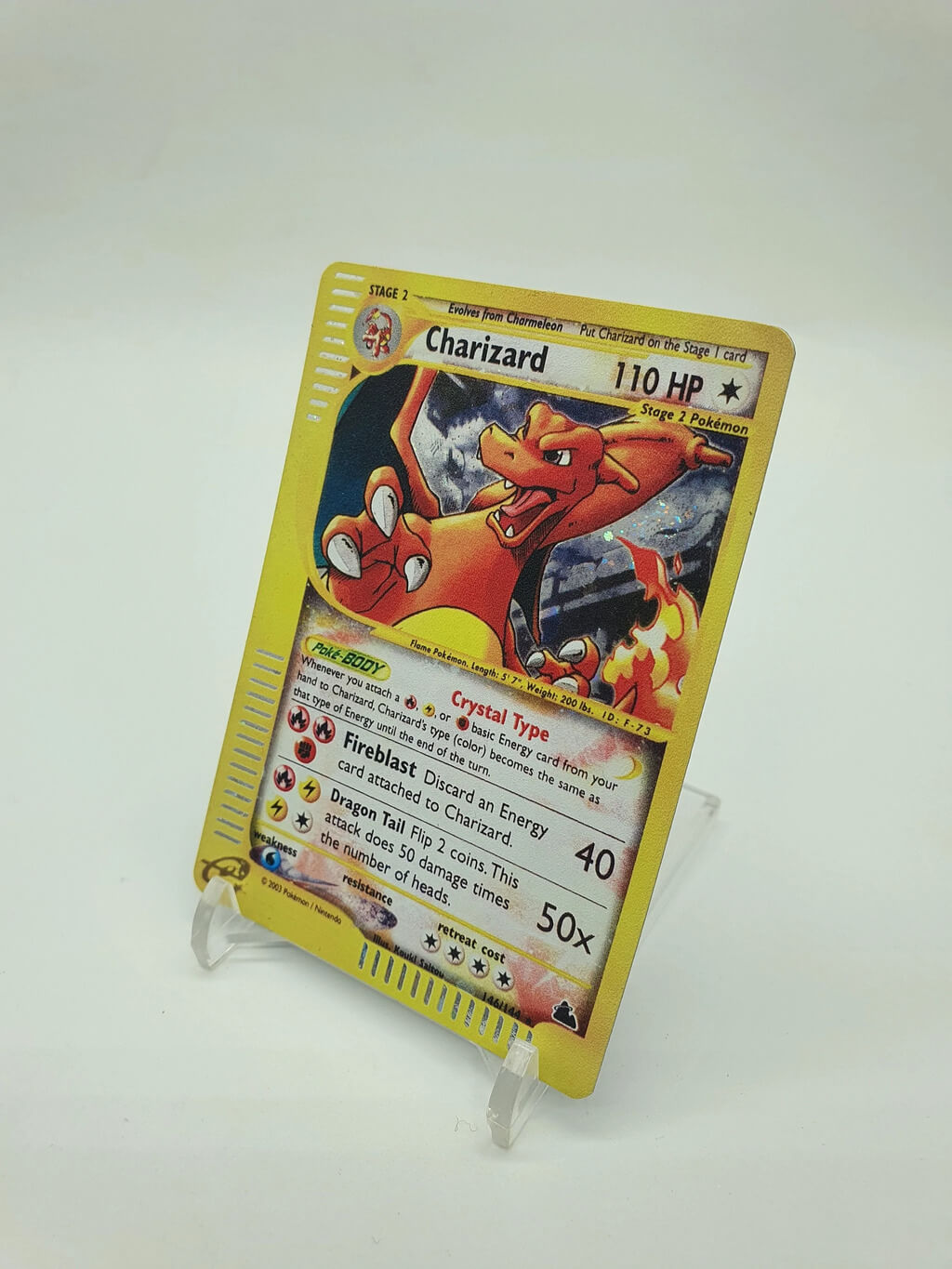 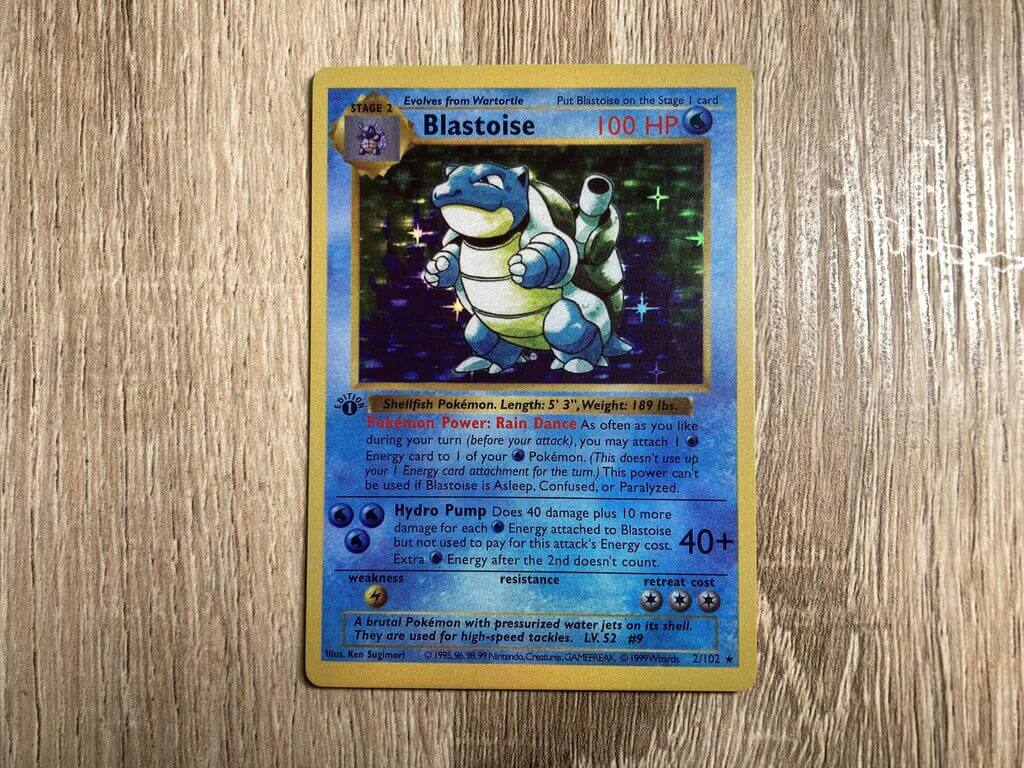 Blastoise is one of the most popular Pokémon and is also displayed in its value as a collectible. PSA grades only 100 mint condition copies. One can easily get $30,000 for this card. A recent sale of this card was at $31,334.

Also Read: How to Catch Ditto in Pokemon Go? Know It Today 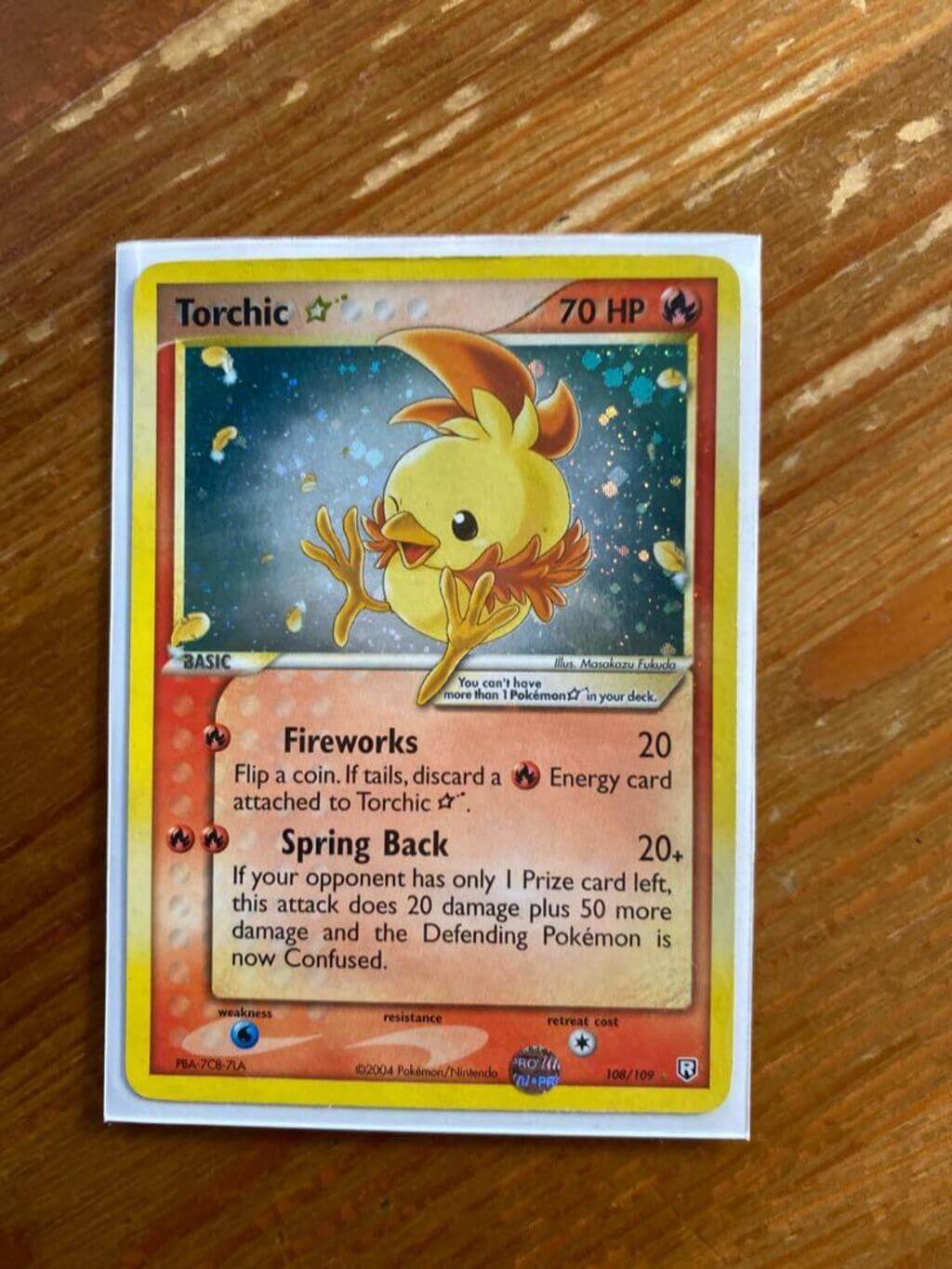 This beautiful card was included in the Team Rocket Returns expansion set in 2004 and was one of the scarce Gold Star cards ever made. Not many such cards were printed, due to which the card is very valuable.

Before two years, a PSA 10 copy of the card sold for $25,400. According to the PSA website, there are 17 copies of this card in pristine condition. 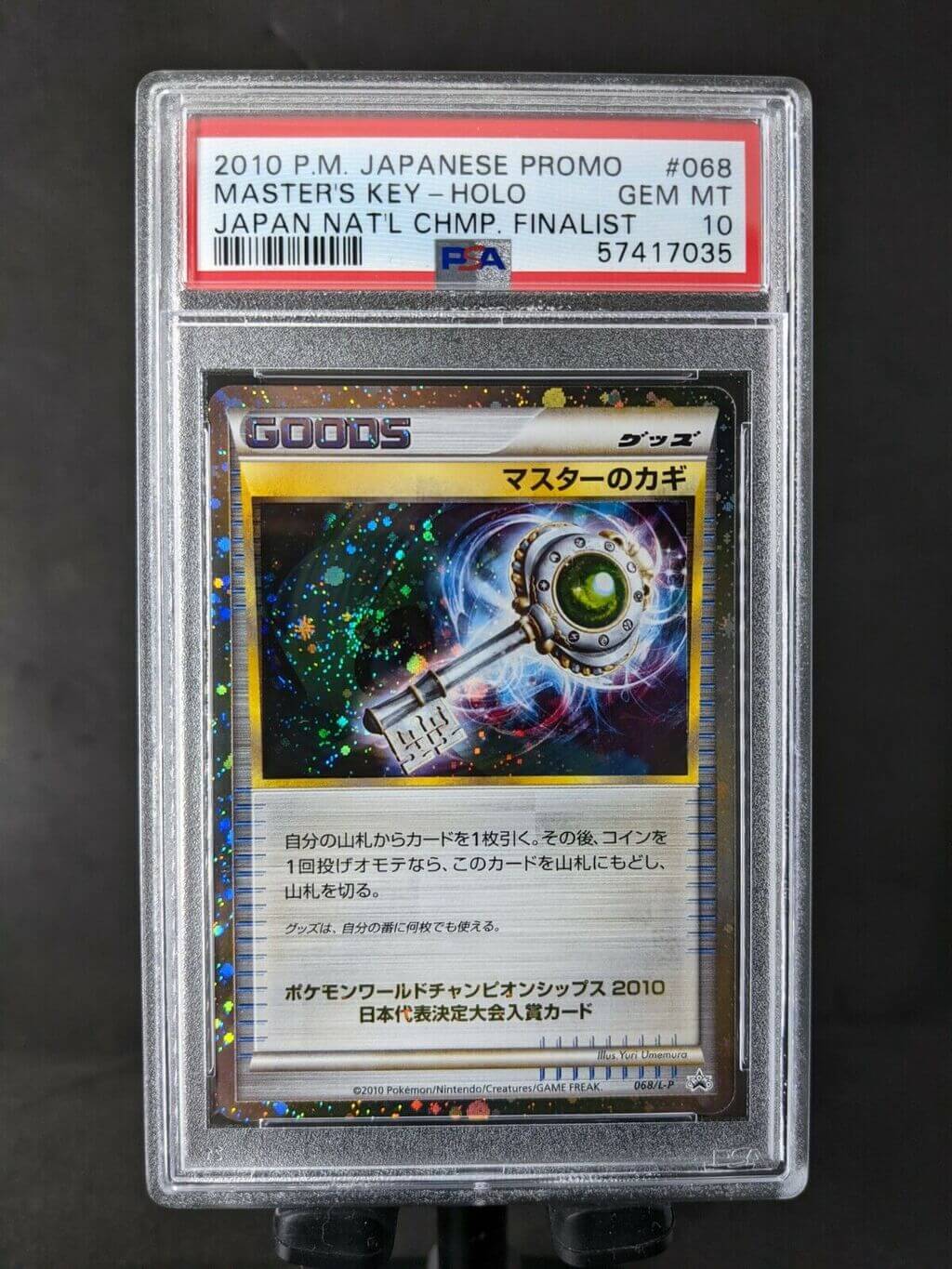 It is one more addition to the rare Pokémon cards given to the participants of the Pokémon TCG tournament. Only 36 of these cards, the same number of competitors in every age group competing in the global championships. One of the highest values of this card copy was sold in 2019 for around $21,000. 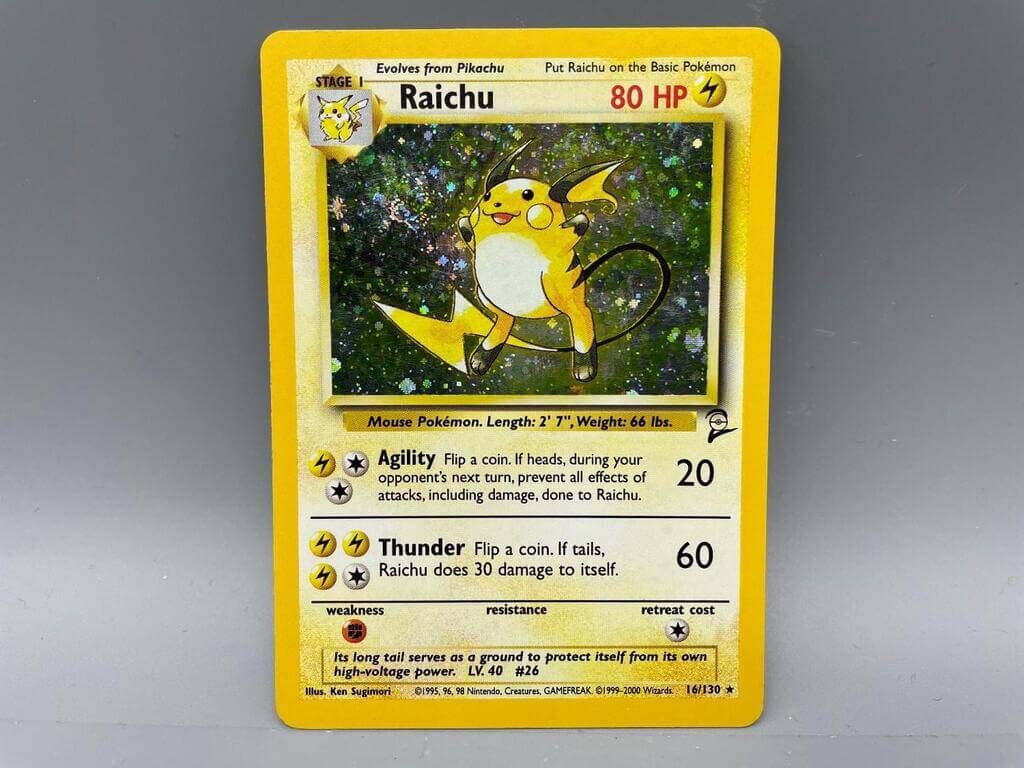 The story of this card is quite interesting; it is said that these cards were printed by mistake. There were around 100 such cards that were printed mistakenly. After that, the Wizards of the Coast, the game’s creator, destroyed several strange cards, giving the staff the remaining copies. The price of this card stands around $10,500.

At last, we would say that Pokémon is a very special show, and so are the cards. Pokémon cards’ value has skyrocketed over the past few years, and they are auctioned for whopping amounts.