These days most of us are living with the “Play Eat Sleep Repeat” motto. During the self-isolation, some are working from home while others are playing all day long or binge-watching the web series on Netflix, Prime, or any other platform. In short, spending our time with family and doing what we love. However, what are we here for? Best PS4 themes, right? But first, why do you need them? Let us explain!

Imagine playing the whole day long, with the screen that is not at all attractive. Psychologically, a human brain is more inclined towards the things that are appealing and have a sense of personal touch. And that is why we have different choices when it comes to watching movies or playing games.

You can’t modify the gaming consoles as there are very few options to adorn the hardware. Whereas, when it comes to software modification, changing a theme can do a lot. Themes come with appealing graphics and background music, which you would find engaging.

We are here to provide a list of best PS4 themes that will make you go ‘I want this, no I want that, Nope that one.” This may get endless.

FYI:- This list contains both paid and free PS4 themes. There is nothing like chronology here, though we have mentioned the price.

Without taking much of your time, we will move on to the themes section. (You have a pending game to play, after all!) 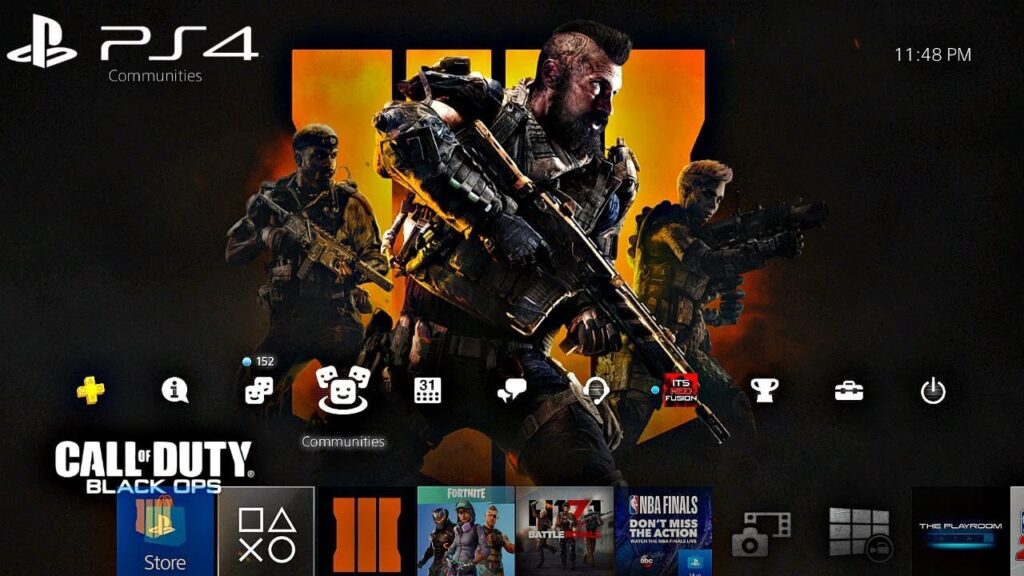 Call of Duty, one of the most entertaining games and the one loved by gamers. The latest launch of the game was ‘Black Ops 4’ in 2018. The graphics and sound of the game have won the hearts of many. You are also one of them, right?

This theme reflects the real-time effects of Call of Duty: Black Ops 4 on the screen, characters included. Feel the game running in the background without playing it! 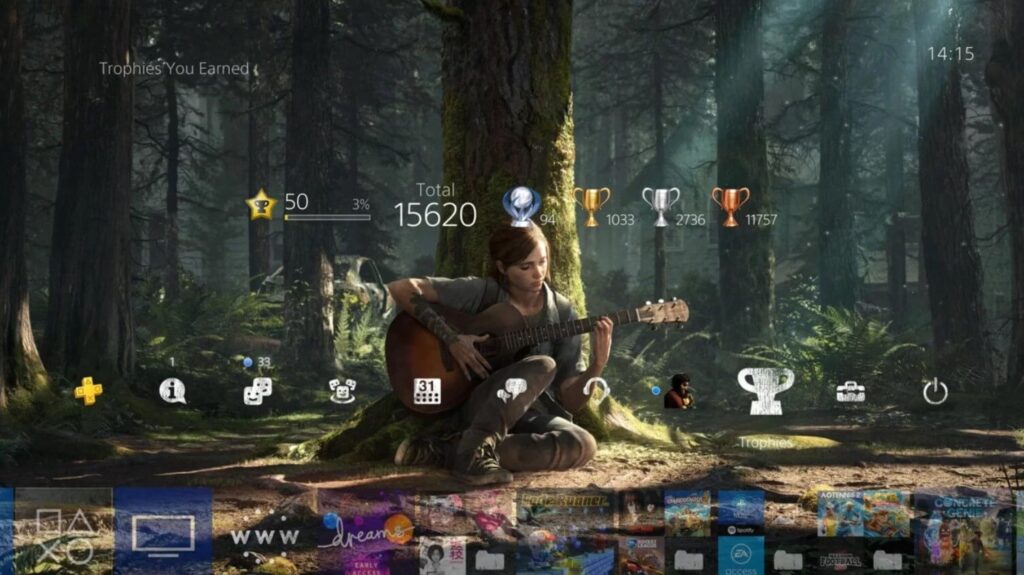 The most awaited action-adventure game ‘The Last of Us: Part II’ has rolled out its theme for the PS4. You will see Ellie with the shotgun in the woods on the screen with background music. She partially covers the menu items but won’t hinder the selection.

Install this one and be pumped up for the launch of the game. FYI: The game is likely going to delay till June, due to the leak of story. 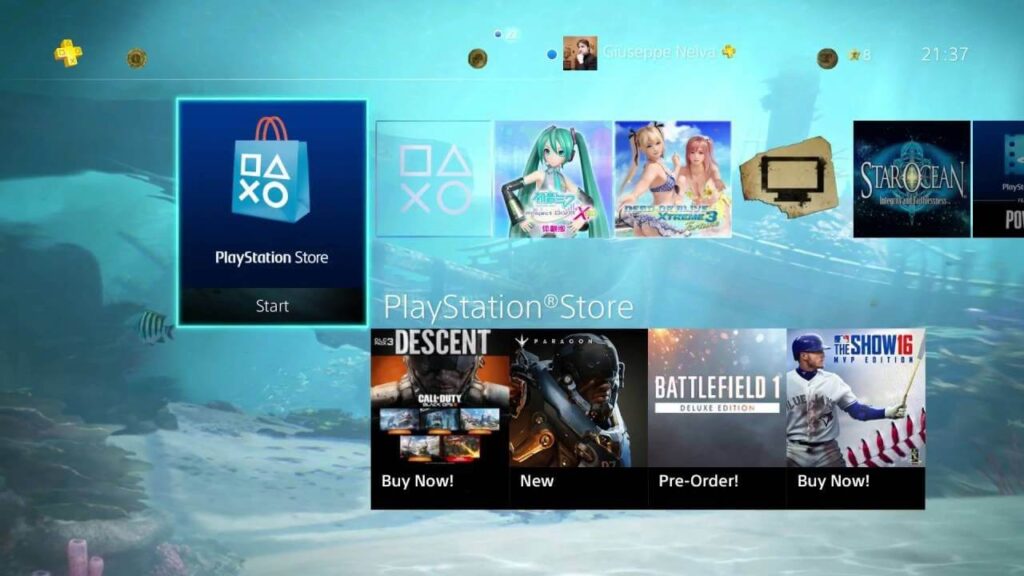 Ever thought of sailing in the sea and facing the pirates like the one in Pirates of the Caribbean or Uncharted series of the action-adventure games? The answer will be yes, or you will say, ‘I play the game.’

Let’s a little bit more drama to it. This theme has an underwater shipwreck, which is inspired by the uncharted 4 series. Let’s go in search of antiquities with the smartest adventurer, Nathan Drake. 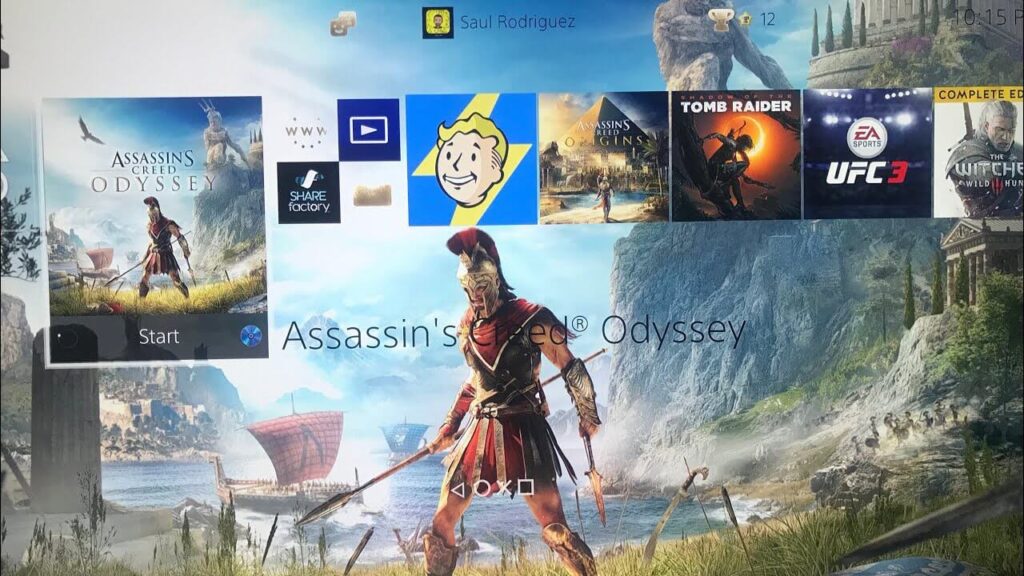 The dynamic theme representing the assassin’s creed is all you need for a warm-up before the game starts. The main protagonist Kassandra and Alexios will move around with a background of a golden trim outline, which will give an ancient greek aura to the screen.

The menu icons are also designed in a way that compliments best with the setup. Explore ancient Greece with the assassin’s creed odyssey theme. 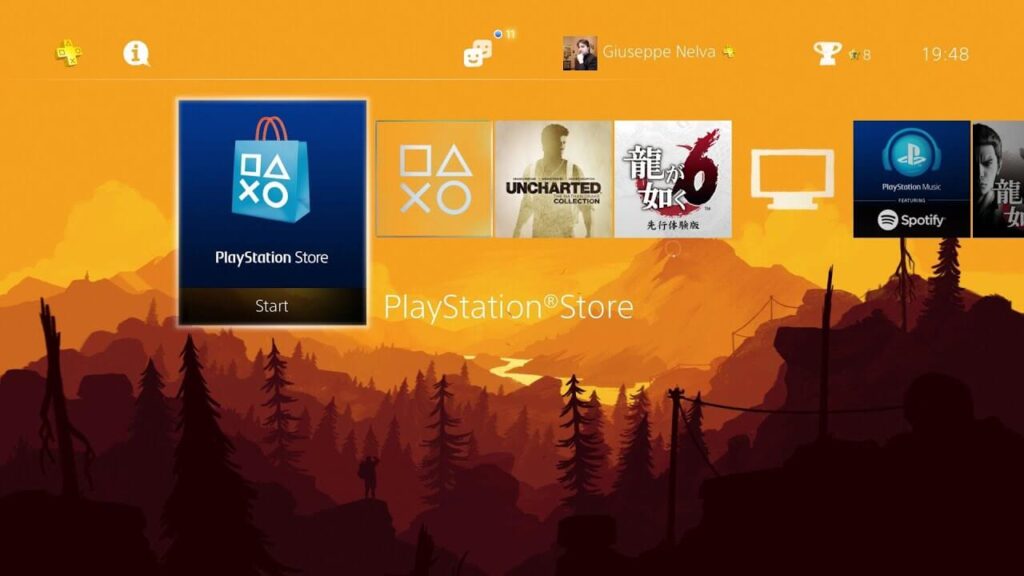 Don’t want people roaming on your screen? More on a soothing and nature’s person? Then the Firewatch theme is all your display needs. This theme includes the backgrounds from the game with the soundtrack.

The swaying trees and the red sky with a calming and electrifying sound making the heartbeat faster while playing the game. Experience this feeling without even starting the Firewatch! 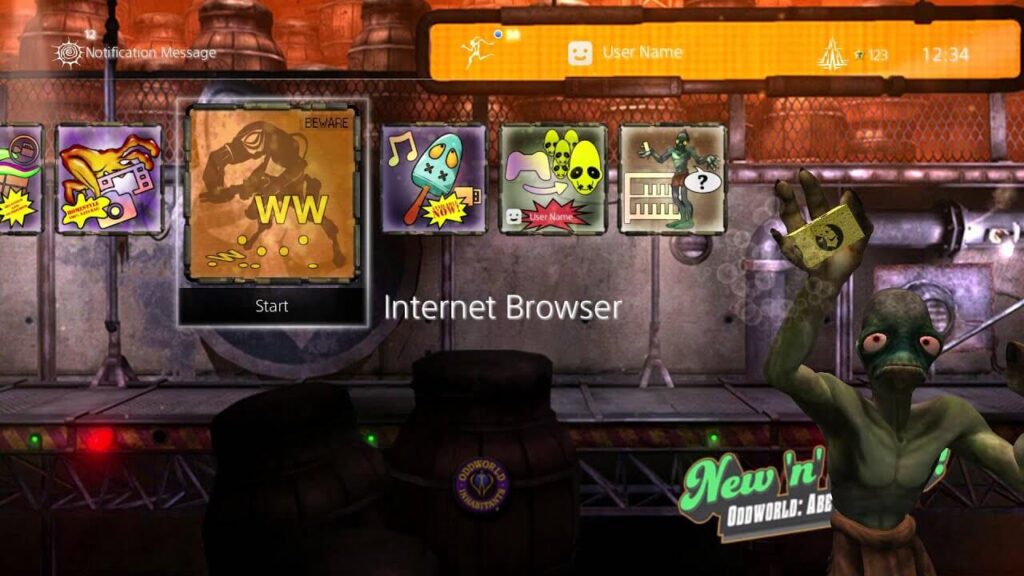 Enough of action and adventure with real-life graphics. Let’s get to the fictional lime-light. Oddworld – the game that depicts the fiction universe where the Abe (stitch lips) takes up a task to save the Mudokons.

The theme has a background of the last version of the game with Mudokons trading or Abe polishing the screen with the all-new soundtrack ringing behind. 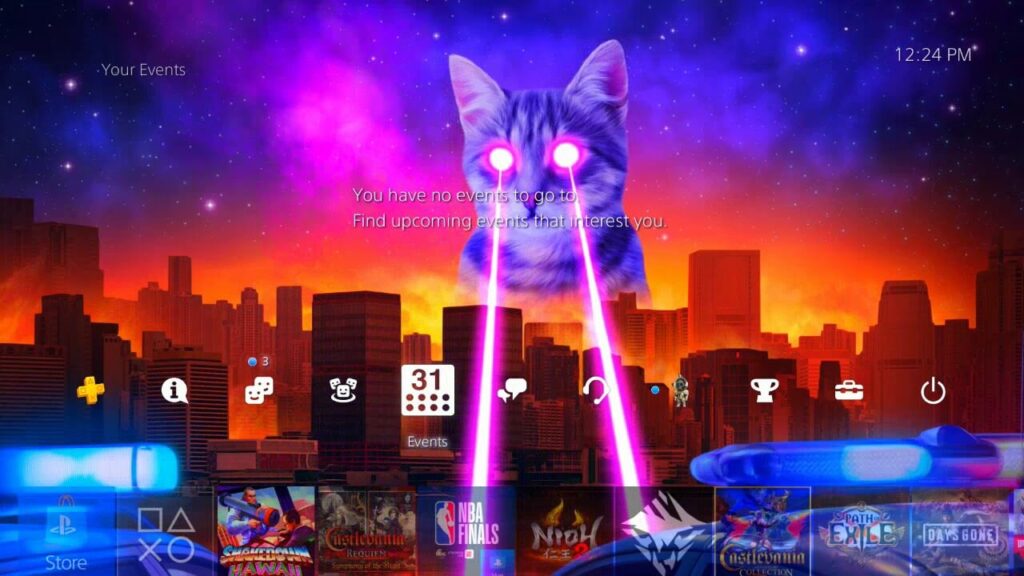 Imagine the display portraying the cat in the space. It’s not a normal cat. It can throw lasers through its eyes. Those purple laser lights will pass on the menu sections, but they won’t harm the icons, why? Because cats are lovely. This one’s for you if you are a lover of cats and lasers. 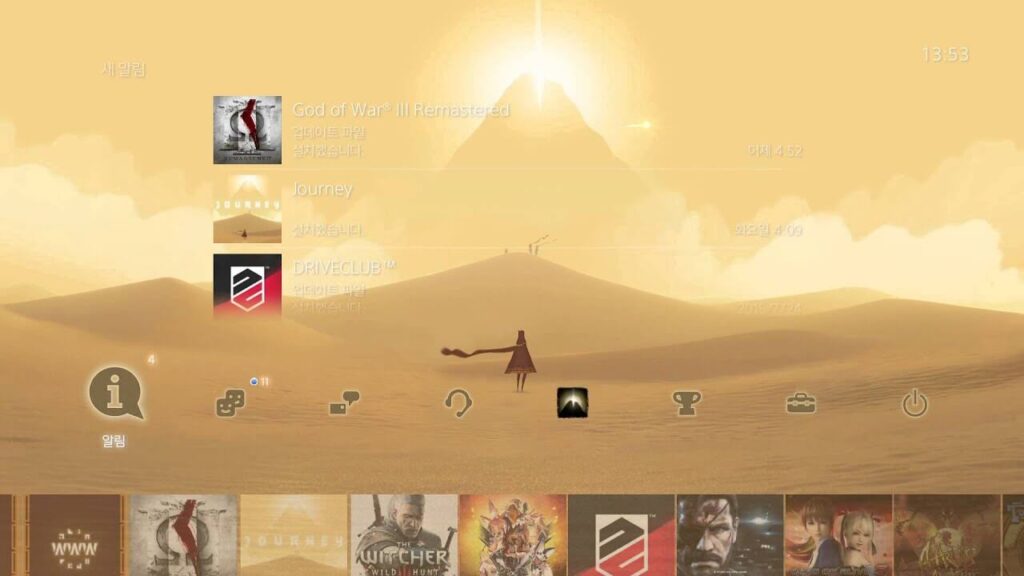 A Playstation exclusive, Journey has a dynamic vista to offer. Let’s get real, not every time you need competition to achieve something great. Sometimes the dedication is all you need, and no one can stop you after that.

So start your gaming session with positive thought through the journey theme. You will see a man standing on a dune looking at the looming at a far distance. 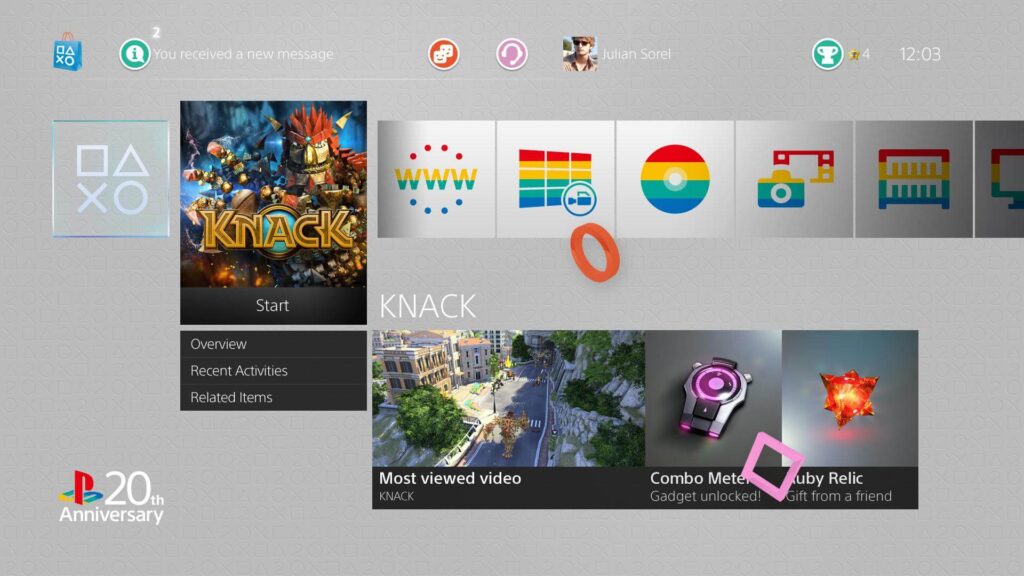 This one is a must for all the PS fans. The theme was launched on the 20th anniversary of the Play Station. The theme is simple, but it reflects the ideal aura of the gaming console.

It is one of the 3D themes. After installing your display will have a plain grey background with PS’ iconic four-button shapes, which will occasionally fly around the area. 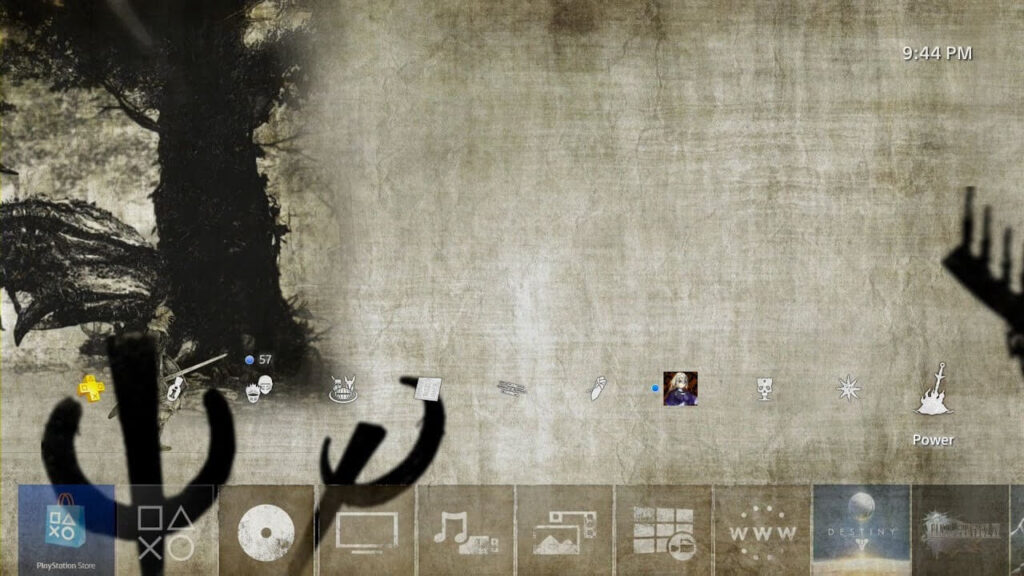 You might have realized almost all the themes imitate the basic ground of the game through visuals. But Dark Souls III took it to another level by stylizing the approach. The visuals of the theme have the rendering on the black and white canvas with weather parchment.

You will see the knight wandering from left to right while the background will showcase the different locations of the game. Take a tour of the iconic locations used in the game. 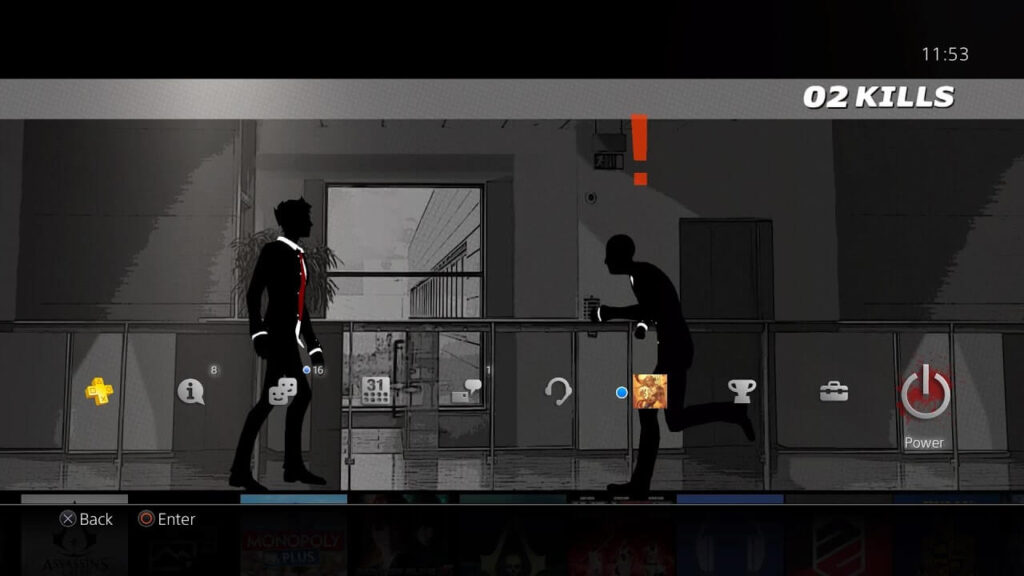 Let’s play the game on the home screen too! The themes mentioned in the list are either the visual version of the game or fanaticized creation, but this one is a real game. Also a 3ds theme!

On the Screen: A silhouette of a bad guy is running after your character. You can use the thumbstick to kill them. After every 100 kills, you will be rewarded with a special victory screen. 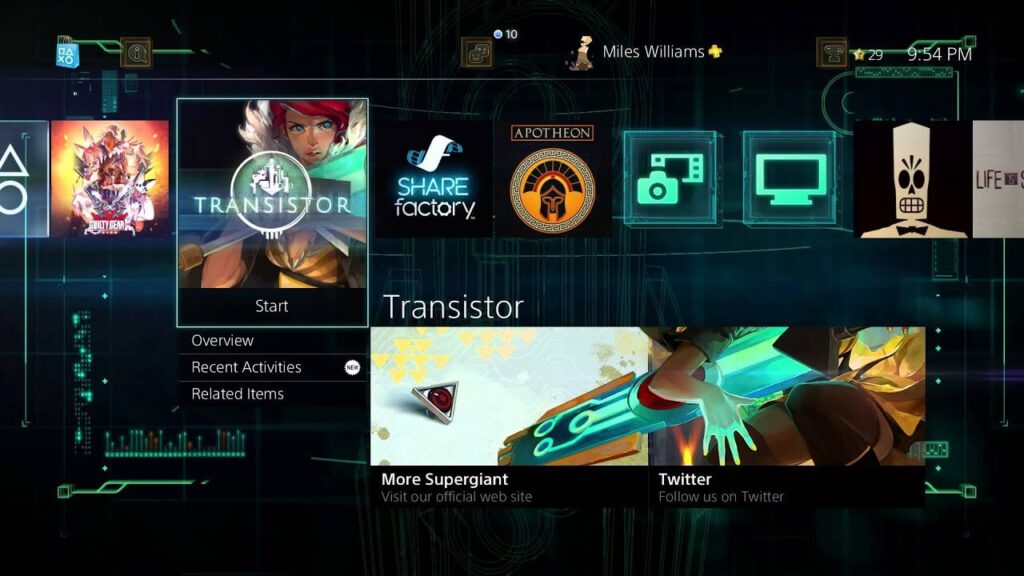 Are you a Sci-Fi fan? We have got you here as well! This one is also a depiction of the game, Transistor.

The game and theme both stood out due to its music and visuals. You won’t feel less than running a hi-tech computer. The cyberpunk style of it attracts most of the techie and cybernetics. 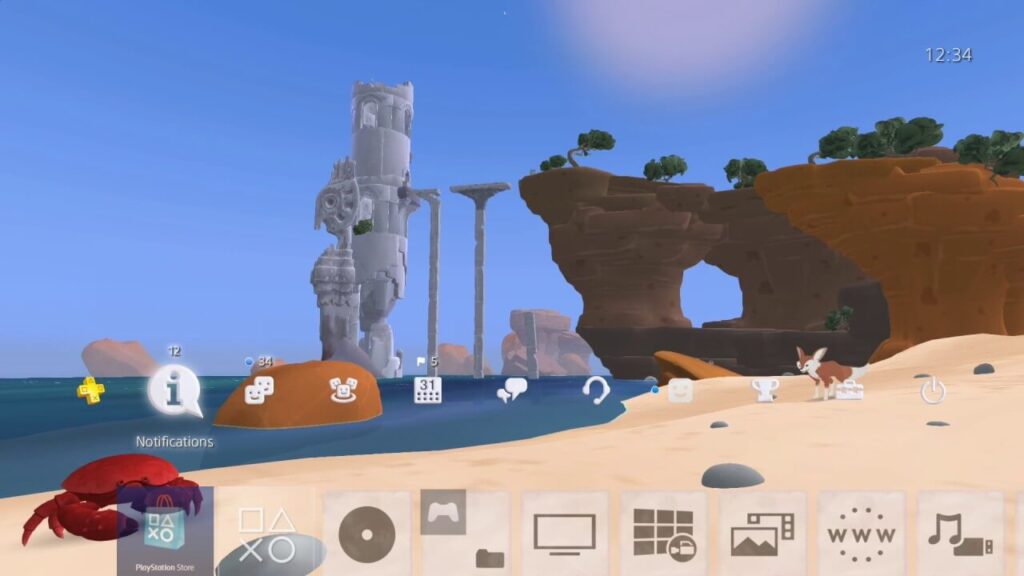 RiME, the game where a boy is landed on a beach on the island. Here a spirited fox helps him throughout the game. Rime is the inspiration for the theme, on the dashboard, you will see a beach with crabs crawling and fox waiting right there. Let’s begin the hunt.

Get the Most Appealing Dynamic Theme Installed:

These were the few best ps4 themes that we found attractive. You can get it from the store and there is no rocket science behind it. Go to Setting → Click ‘Themes’ → scroll down and click on ‘Find in Play Station Store.’ Then search the required theme and download it. After that, install it. There you go, it’s done!