If you’re thinking of picking a gaming tablet up, you might be overwhelmed by the choices available. There are a few things you should consider – they’ll help you get hold of gaming tablets that are worth the money. We’ve run through 8 of these features below – read ahead. Let’s see some Best Gaming Tablets information from here.

They say size matters, and this is especially true when it comes to gaming tabs. Tablets, in general, are over 7 inches. They dwarf phones and even some phablets. The large screens help you consume media better, which is why some of them have displays that are over 10 inches. They are perfect for gaming as you get an ample display to focus on whatever you’re playing.

In general, you should go for a tab that’s on the thinner side. This isn’t a major concern for gaming tablets as the appearance has nothing to do with performance. However, the ease of grip is something you have to think about – if the sides are sharp, you won’t be able to hold it for long periods. If you’re someone who enjoys Asphalt or PUBG, this would be a major problem.

This also depends on the material it’s made from. Higher-end tablets are made from aluminum and Gorilla Glass. Although they make the devices look stylish, the materials can be super slippery – it would fall out of your hand whenever you make a turn on Mario Kart. If the tab you’re interested in does not have the most secure back, it’s not the end of the world– you can get a skin placed. 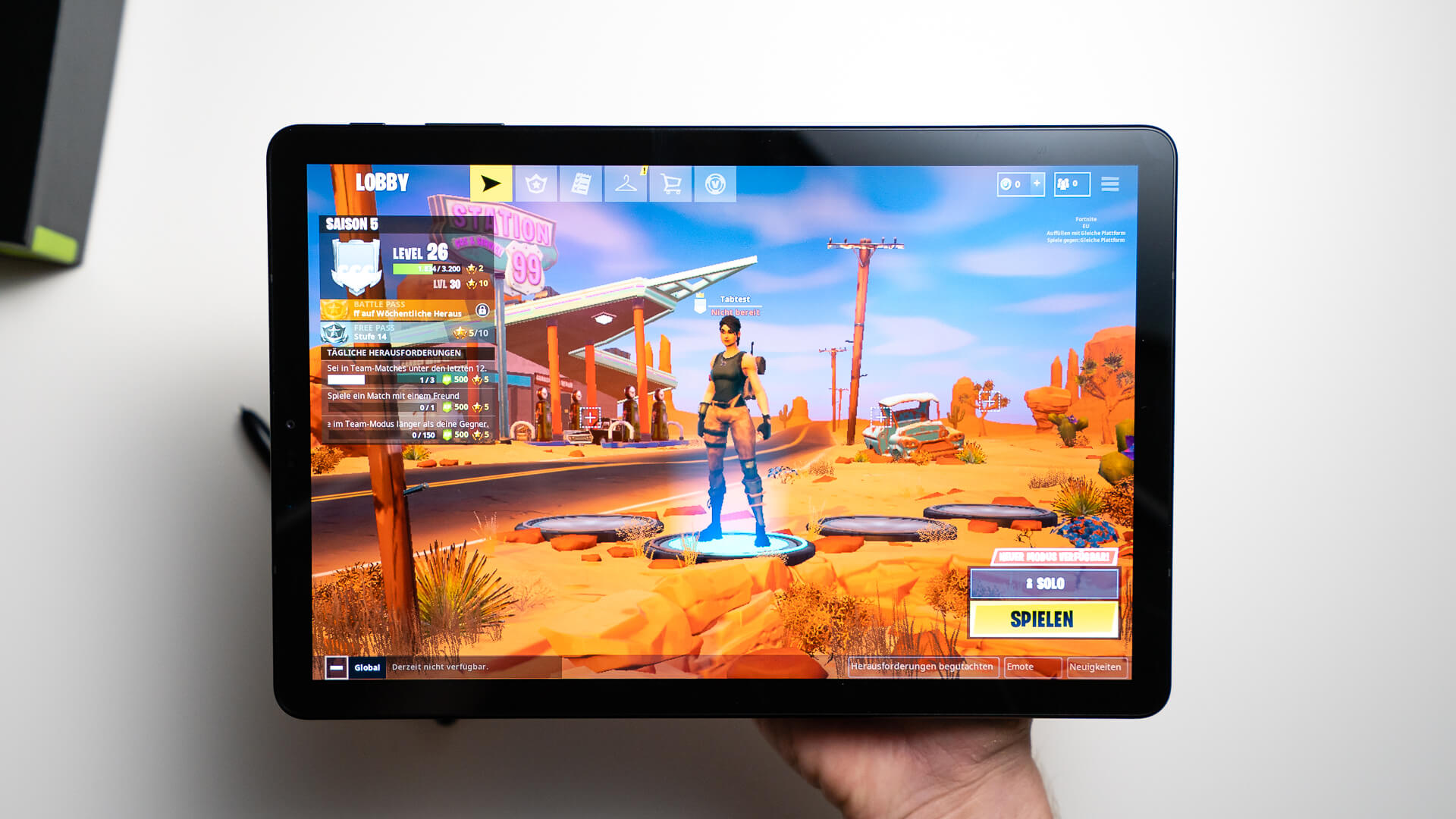 Whatever you do, make sure your gaming tab has enough RAM. It should preferably be around 8 gigs. If you have to go lower, the lowest possible is 4 GB. Random Access Memory is important as it influences how many tasks you can run smoothly. Your game would lag without ample amounts of this. If there’s very little RAM, whatever is running in the background may even force close. The thing to know about tabs is that many of them come with 1-2 gigs.

You are not going to be playing just one game on it. You’ll likely download a range of apps, so your device needs to be able to handle them. The minimum storage you’d need would be 32 GB. Thankfully, almost all tablets come with such capacities. If you’re willing to splurge, you could get one with 124 or more gigs of space.

Hopefully, you know what microSD cards are. Along with phones, tablets have slots that accept them. They expand devices’ existing storage capacities. Although a range of tabs come with the feature, some don’t – be mindful of this when shopping around.

The type of panels the devices could have been immense. Cheaper ones, regardless if they’re for gaming or not, have IPS LCD screens. They are somewhat sharp, but they don’t offer the best vibrancy. Some really good gaming tablets host OLED displays – they’re our favorites.

You can find some great Samsung tablets with Super AMOLED panels – what’s great about them is that Samsung places them even on their cheaper devices. If you’re willing to splurge, Dynamic AMOLEDs are a good choice. They showcase the truest blacks and shadows There are Fluid AMOLEDs too – they work similarly to their Super counterparts, except that animations are more buttery.

If the tab you’re interested in comes with an OLED of some sort, you can imagine how amazing it would be if its display was over 10 inches instead of a puny 7. 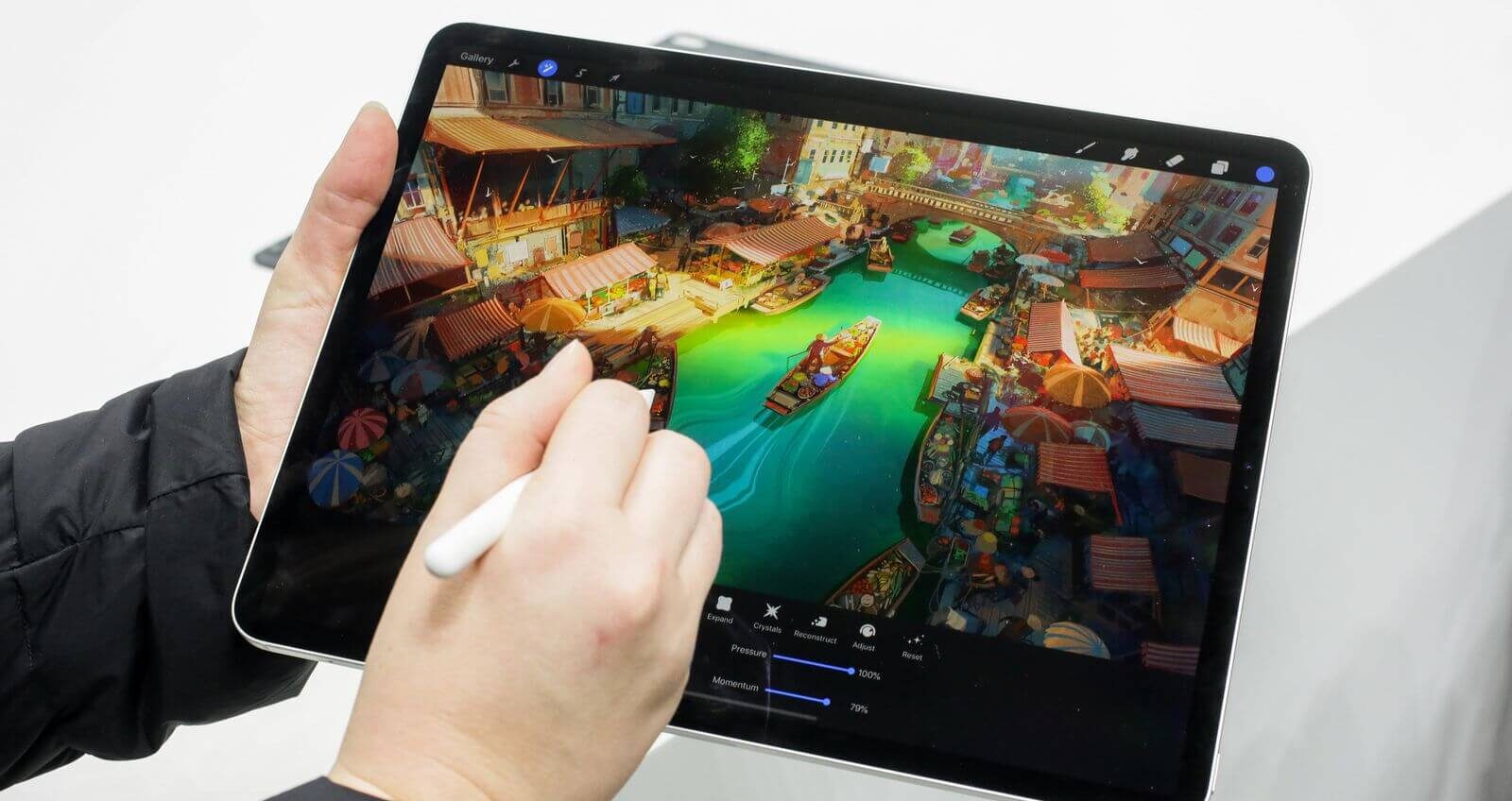 Screen resolution is important. The better it is, the sharper everything you’re playing would be. If the tablet has a larger screen, its screen resolution must be high – you have more surface area to see individual pixels. So, what amount of sharpness is good enough? We believe anything that rocks 1920 x 1080-pixel fronts is worth the purchase. Some tabs have 1200 x 800-pixel screens – they are sharp only if their displays aren’t that big.

Also Read: 10 Best Gaming Mouse Pad: PickUp Anyone for Having A Smooth GamePlay

When it comes to gaming tablets, you want a big screen. Chunkiness is fine too, but you don’t want anything too heavy. As they’re on the larger side, they can feel like bricks. This is disadvantageous if you’re a gamer as you’ll find it harder to take your tab around with you. Make note of the materials it is made from. Hopefully, it’s a light metal or plastic. Even if the tablet is somewhat light, you might put it into a case – don’t forget that the case would add to its weight.

Tablets generally don’t last as long as phones. You can squeeze more than half a day from the very best ones. Playing games takes up a lot of resources, especially if they’re high-graphics. You’re likely going to be taking your tablet around with you, so the battery shouldn’t die in two hours. Some tablets like the Samsung Galaxy Tab S7 Plus come with units that are over 10,000 mAh. 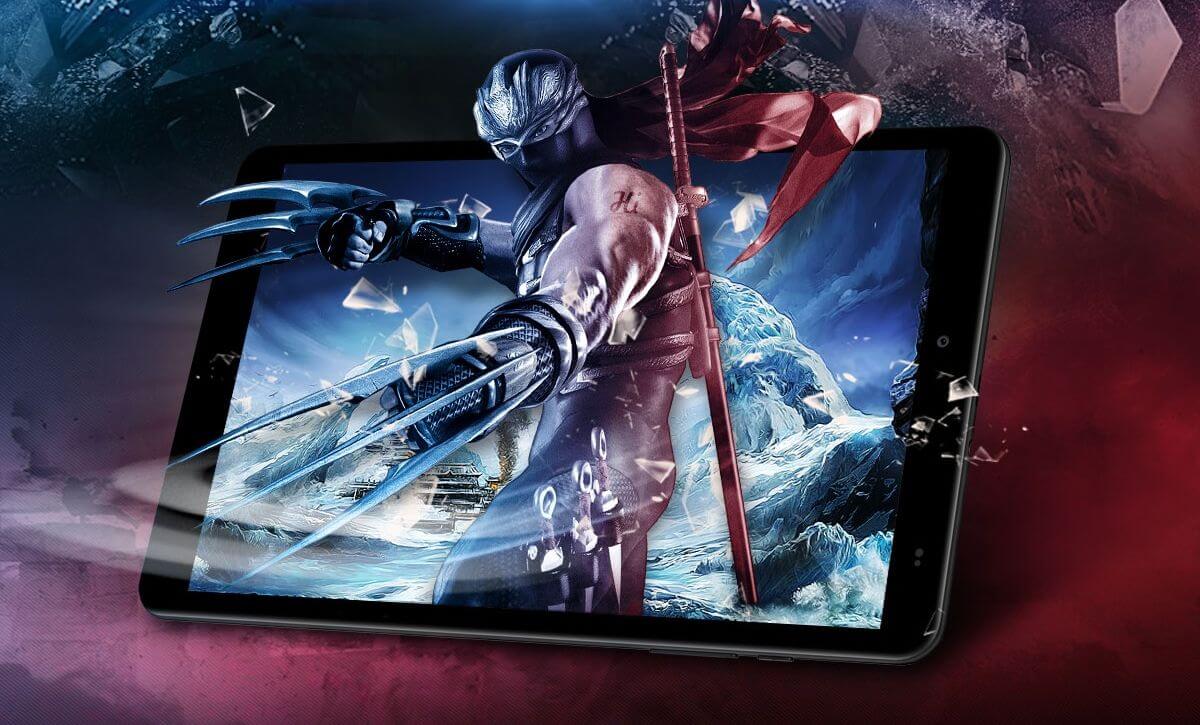 If you’re thinking of picking up a tablet for gaming, you’re making the right move. You’ll have a better experience than using a regular tab or phablet. However, there are a couple of features that the best gaming tabs would have. Without them, gaming won’t be that fun. Most notably, make note of the type of screen the device comes with. If it’s an OLED, like Super AMOLED, and has a great screen resolution, you’re in good hands.

It should also come with a large display as you’ll be able to fully immerse yourself in whatever you’re playing. Although it should be big, it should be curved as well, so that you can easily hold it. Make note of its weight too – you won’t be able to carry it around easily if it’s bulky.

Of course, battery life is important. Imagine playing your favorite game only for your tablet to die in a couple of hours.

So, keep these tips in mind if you’re shopping for a good tablet.

The New Press Release from the social media giant stated that the video-on-demand service will...