Computers have become an essential part of our lives. Their application in different fields is wider than ever before. Finding an ideal desktop is not that easy. There are several things you need to keep your eye on. Budget, Processor, GPU, and plenty of other things are to be thought of. Due to the high amount of competition in the market, GPUs and Processors are becoming more and more cost-effective. As we said, picking the right one is indeed not easy and hence, today, in this article, we are going to discuss the best desktop computers that you can opt for as per your need.

Following are certain desktop computers that you can try as per your interest: 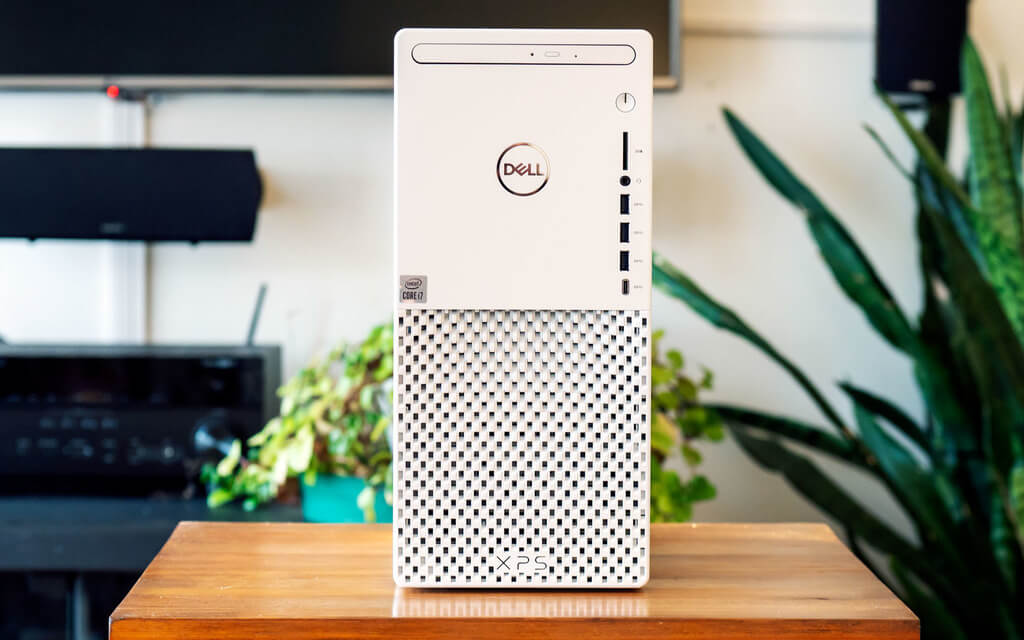 Even though Dell is one of the most popular brands in this field, it offers laptops at a premium rate, it sells desktop devices at an affordable rate. It is also vital to note that the combination of Intel i7 processors along with RTX 3060 Ti makes it a powerful pick. Be it your house or your workplace, it can serve the purpose with utmost ease.

Comprising an alluring white chassis, the Dell XPS Desktop Special Edition comes at a great price and as we said, is quite powerful. However, one thing the device lacks is the USB-C Ports. It only has a single USB-C port, which might direct you to other devices. 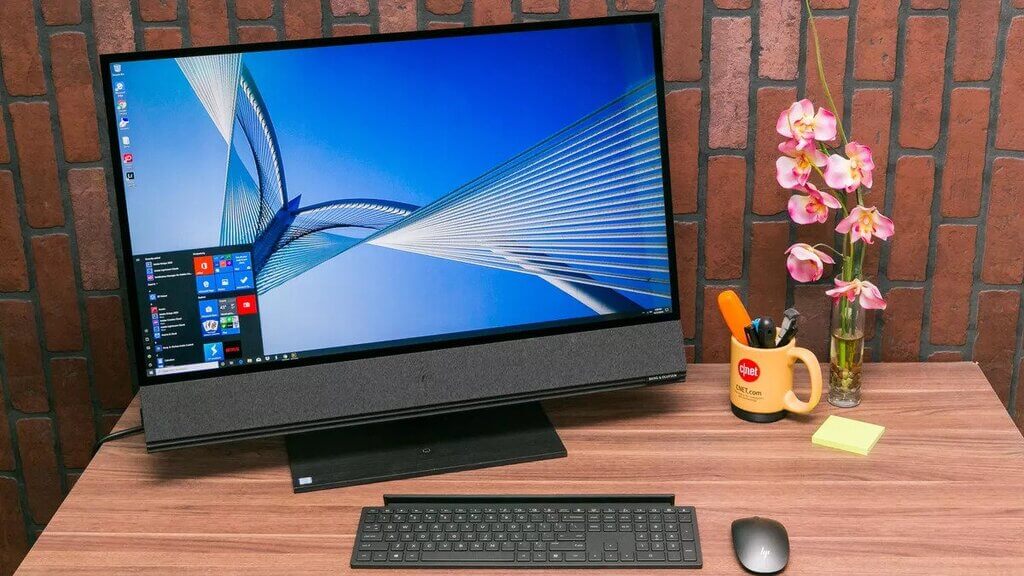 Having the large 4k quality resolution, HP 32 comprises almost all the perfect pairs that you would wish for! The price is also quite low compared to the iMac devices, and still offering 4k resolution along with powerful Graphics. What more to say about the display bezels? They are neither too thin nor too thick, making them a perfect option. The 32-inch screen at first looks quite big, as the stands are small, but upon complete installation, fits the area perfectly.

It has a powerful Intel i7 9700 Processor along with RTX 2060 graphics out of which the latter one serves the purpose of gaming. What’s super cool? The wireless charging supports through the base. However, critics point out the fact that the device lacks a touch-screen option. One more vital thing to note that you cannot pivot the screen (Most people do it vertically), however, you can still tilt it as per your convenience. 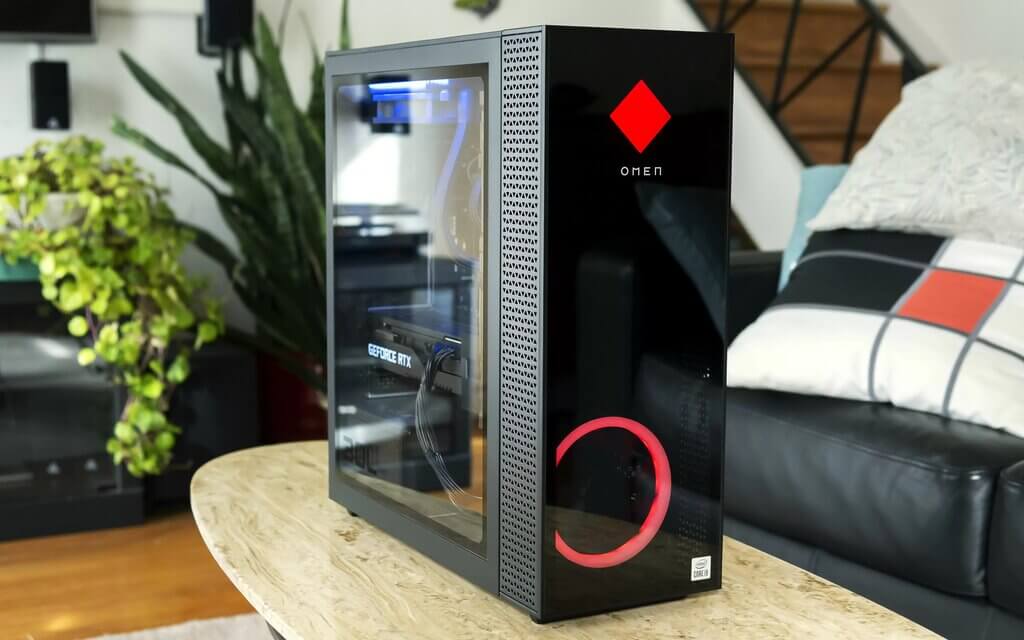 Looking out for a gaming PC but do not have the time to customize it as per the need, then do not worry as HP Omen 30L serves the same purpose. What’s more? The Do it yourself world also approves this configuration. Starting at just 1100$, the configuration includes RTX 30 series, which makes people want it more!

However, the critics have also noted that the fans were quite noisy. The configuration can last forever! And that’s what the plus point is for desktop machines. They can be upgraded with utmost ease, just by swapping out the components with the desired ones.

iMac devices are one of the most complete devices under this section. Apple has shown special importance to this device, even though the 2021 upgraded version has better components. The device in general has not much change in the design, but still, it works well for everyone. In the time of the Covid-19 pandemic, many people are working from home. Hence, it becomes vital to select a device that works well and proves to be robust.

With 10th generation Intel Core i5 to i7 included, the devices prove to be powerful as it also has AMD Radeon Pro 5300. The plus point is that you can customize it as per your need. However, the device has only two thunderbolt ports. That might not be a big issue, but people who want to connect the configuration with other external displays might raise their eyebrows! 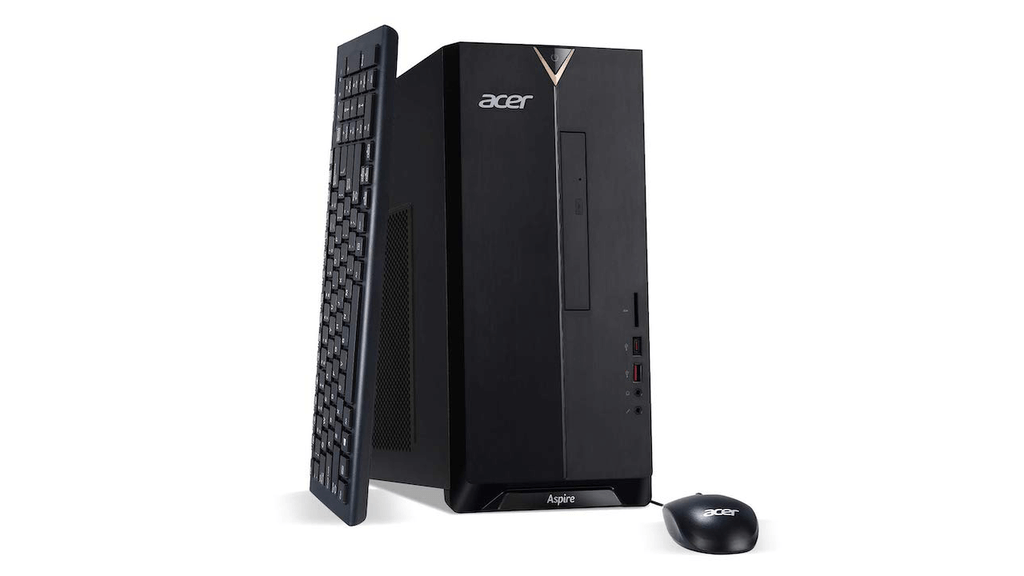 Budget devices are hard to find. Any as experts say, if you find one with optimum components, do not think twice before purchasing.

Coming off at around 600 $, Acer Aspire TC-885-UA92 is a complete package that suits people who have budget constraints. Comprising of Intel i5 processor along with 12 GB Ram, this device is everything a budget-oriented person wanders for!

Coming off at a great value and also supporting Wireless Connectivity as well as USB Type-C port, the device, however, lacks behind in the graphics category as the graphics are integrated. 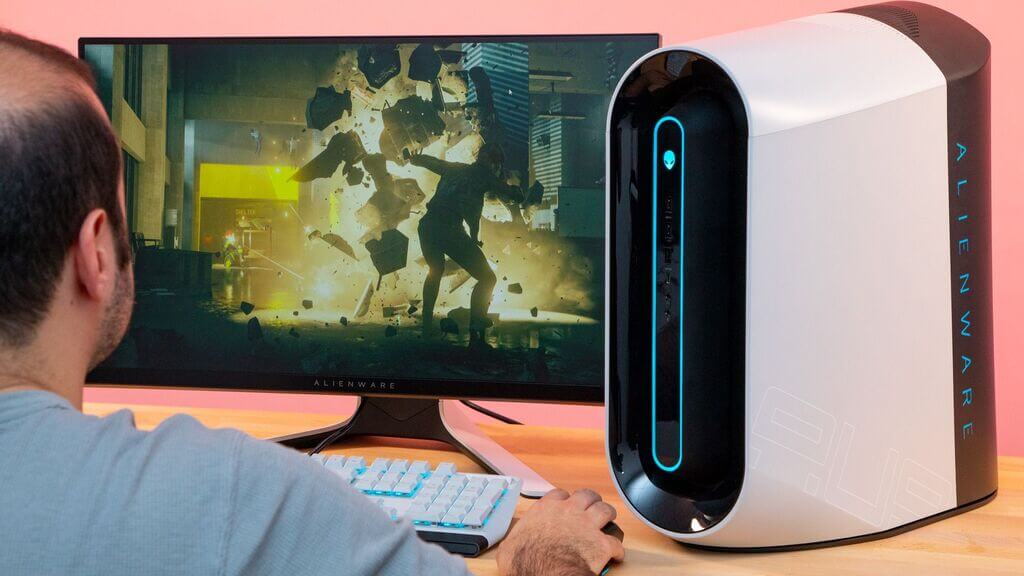 BEST! What more one wants if Alienware Aurora Ryzen Edition R10 offers this much! This gaming desktop is surely one of the best in the market, if not the best. It is also quite budget-oriented and hence, every gaming enthusiast can look forward to purchasing it.

It is made up of up to AMD Ryzen 9 5950X processors while the Graphics goes up to NVIDIA GeForce RTX 3080. All these powerful specifications make it a complete buy, although the topmost configuration might still prove a bit costly. 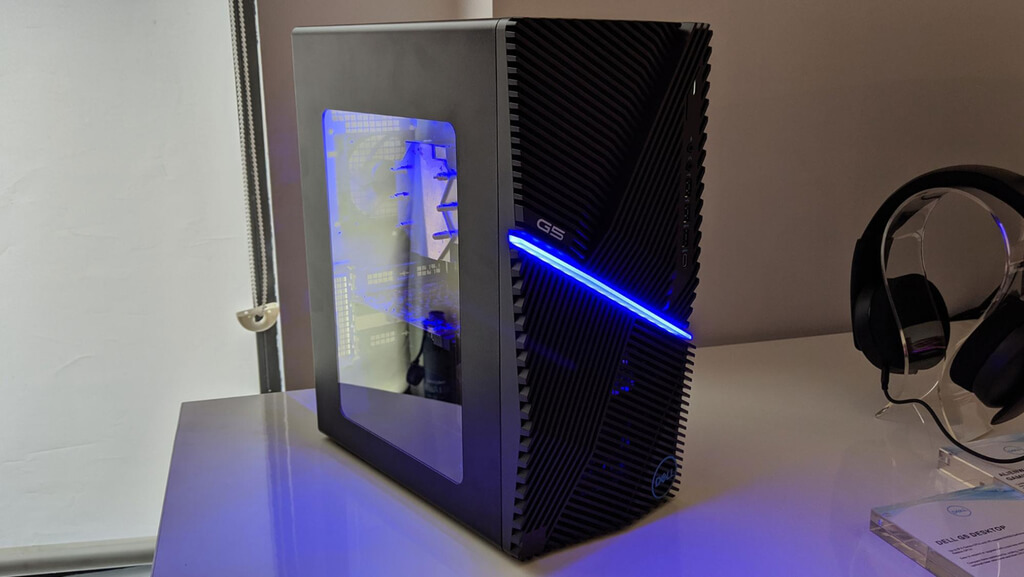 Gaming is fun and if done with proper setup, it indeed yields fruitful results. The Dell G5 Gaming Desktop offers the same. It is specially designed for students and newbie gamers who are stepping into this profession. The basic model comprises 10th generation Intel i3 processors along with extraordinary Graphics Card AMD RX 5300. Along with it, it also supports up to 64 GB DDR4 RAM, which makes the device as a whole a complete package.

Some people think that the i3 processor is there and hence, it might not prove to be that powerful. However, you also need to look that the device is specially designed for students as well as gamers. At certain times, the project depends on graphic powers, and hence, in those cases, this one can prove to be useful.

As we said the configuration is not too bad, and one interesting fact to note is that the setup comes with SSD, which makes the loading time quicker. However, the build is in such a way that the fans might make more noise than usual. It is also difficult to upgrade this device. Hence, in most cases, one needs to adjust to this configuration only. That being said, the setup is a quality build and is indeed perfect to grasp at that rate. 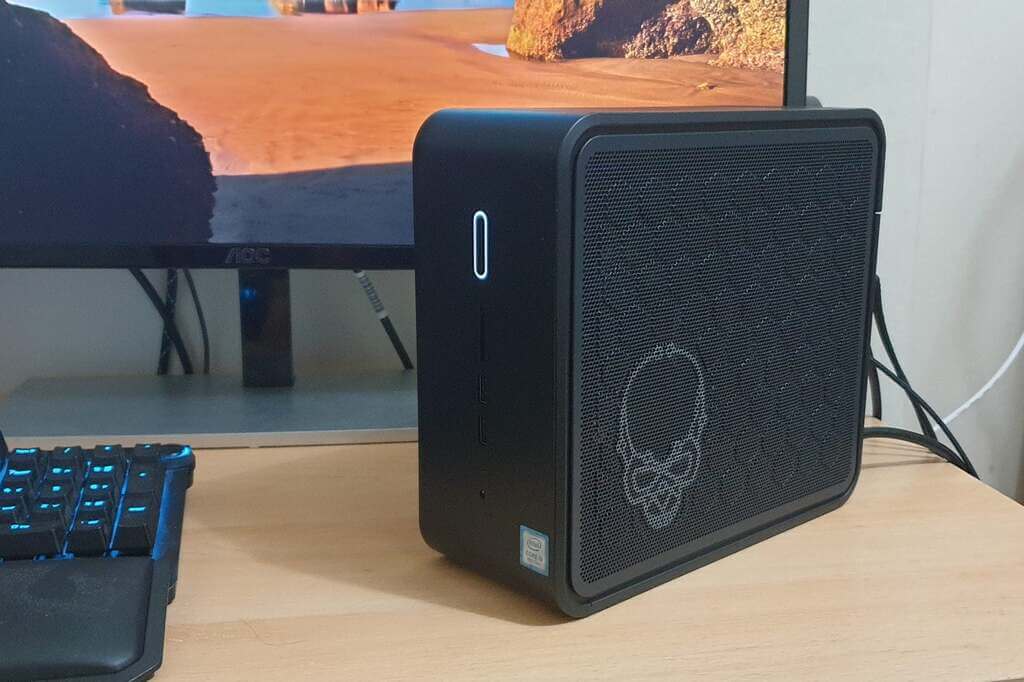 The previous ones, namely Hades Canyon, didn’t have Storage as well as RAM, the latest Intel Ghost Canyon NUC has both. It has everything. Powerful Processor, Powerful RAM, etc. The latest model even has a 9th generation Intel Core i5-i9 processor along with Intel UHD 630 Graphics. It also offers 128 GB SSD storage, with RAM ranging from 8 GB to 64 GB.

If you are having a budget constraint, then also this one is quite good as the lower version models are quite affordable. However, the price goes up for the higher builds, and hence, they might prove to be a bit too costly. 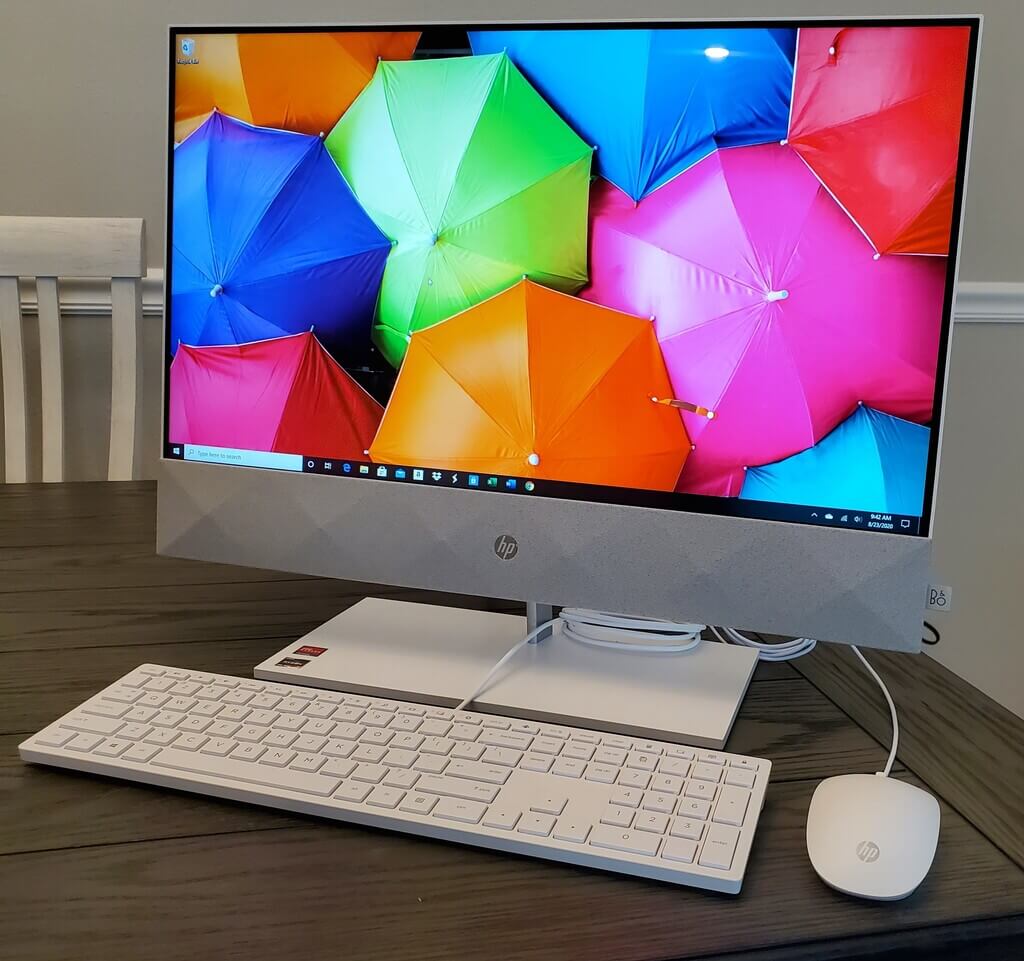 This compact, 23.8-inch Pavilion is a pretty powerful touch-screen desktop. It also comes at around 799 $ price, which proves to be lucrative. Comprising of Ryzen 5 4600H processor, the desktop also has integrated graphics.

4k Resolution is not supported, which is a bit awful. The screen at max supports 1920 * 1080 pixels. Most of the ports are also at the back, which is not what most would recommend. If you want to connect your device with an external display, you can use the HDMI slot that is provided at the rear end of the screen. As we said, it consists of Integrated Graphics and hence, for those people who are looking for a device for gaming, we are afraid to tell you that is not the ideal device you are searching for! 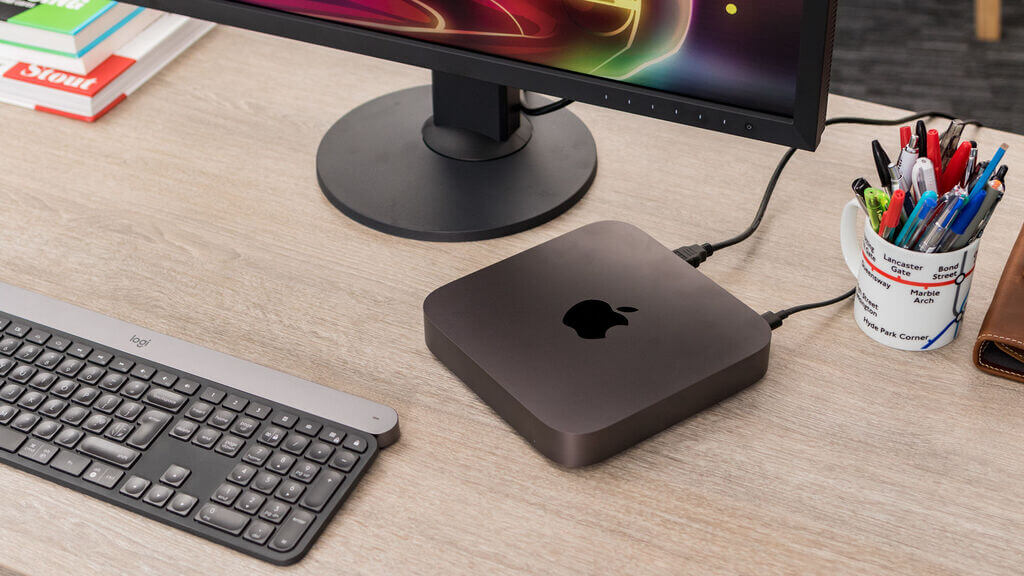 Changing the traditional Intel Processors with its Silicon-made M1 processors, Apple Mac Mini takes a gigantic leap in miniaturization of the device. With the device being as compact as ever, 699 dollars is all you need to invest!

The M1 processor has 8 cores and it works quite well, giving a tough fight to its competitors. Made up of rubber base and metal, Apple Mac Mini is more than a redesign. It also weighs as low as 2.9 pounds and is the same in dimension as the previous one. The product is of Apple and hence, you can stay assured of the quality and performance. The price is also affordable, however, you can not upgrade memory after purchase, It is also vital to note that the thunderbolt ports are reduced, compared to the previous Mac Mini. 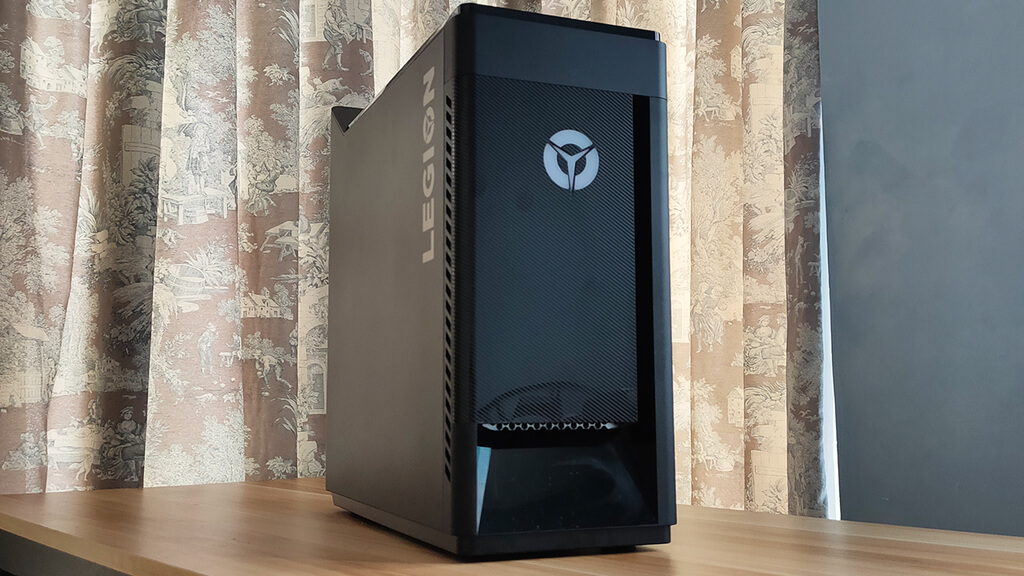 Comprising the 10th generation Intel Core i7 processor, the gaming desktop is a complete package. It also has the Nvidia GeForce RTX 2070 Super. The basic model starts at 1069 dollars, however, the rig has plenty of space and is easy to upgrade. All in all, the device is a complete package at that price. 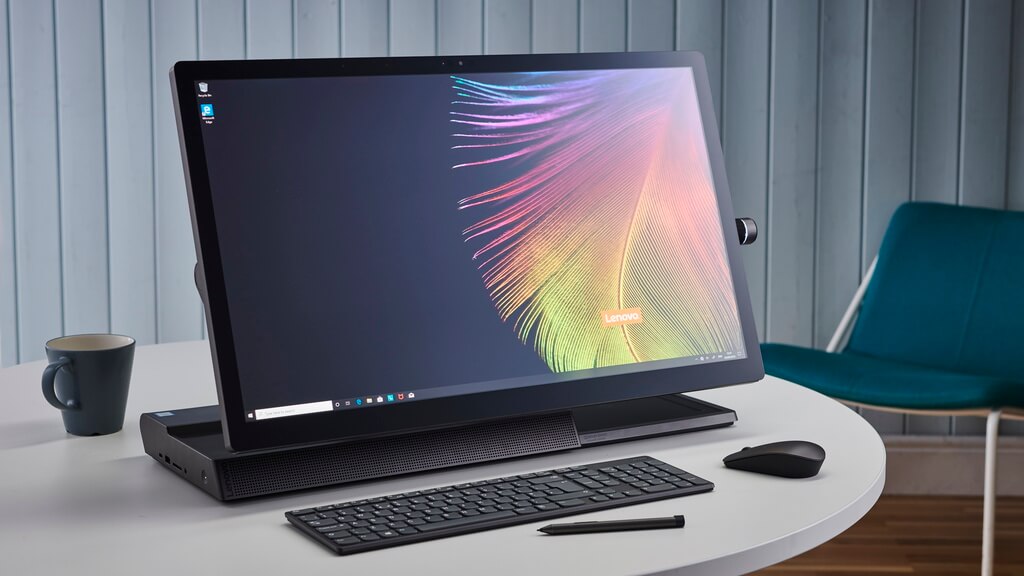 If you are in search of a setup that is unique and attractive, Lenovo Yoga A940 is the one you looking for! It has a 4k UHD display and it comes off with pen support as well. All content creators in the market are in love with this absolutely magnificent piece, which comprises of 8th generation Intel Core i7 processor along with an AMD Radeon RX 560 4 GB Graphics Card.

One vital thing to note about this setup is the availability of various configurations with respect to price in different countries. Not all specifications are available everywhere, and as per the latest data available, the Australians have the latest set up.

It has a 4k Screen along with some alluring features, however, it comprises of certain older components. Moreover, if the light directly falls on the screen, it might not work in the best way it should have. 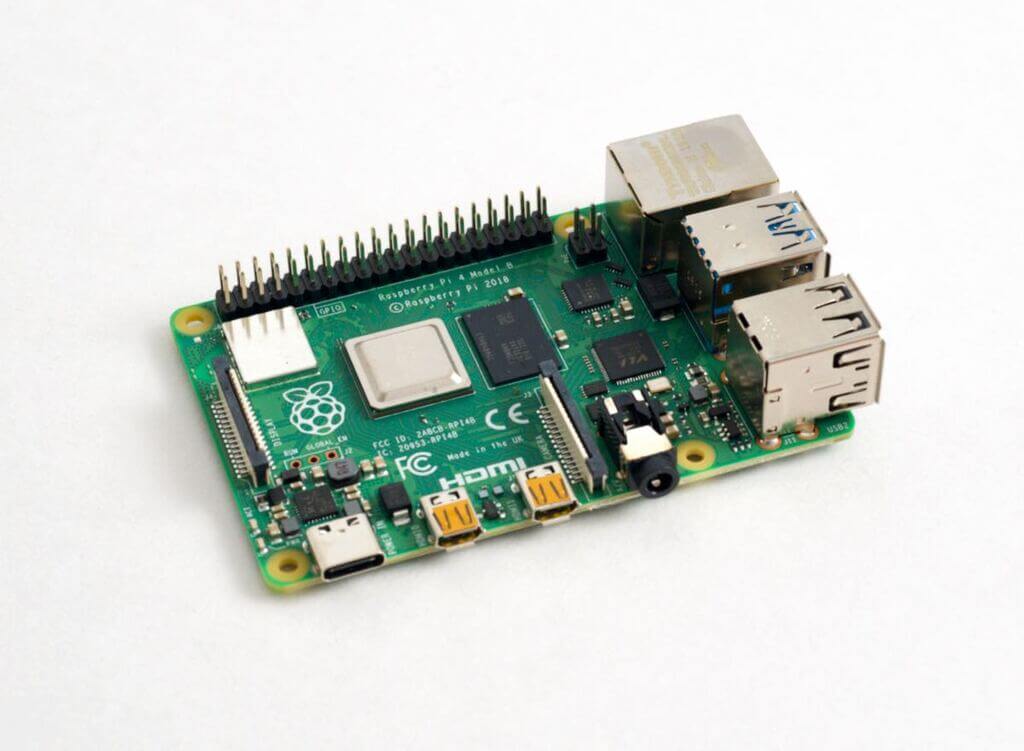 The trend is of making things as compact as possible, and the Raspberry Pi 4 Model B is the latest addition. The configuration is extremely small and hence, it does not even possess its own chassis.

Raspberry Pi leads in the market under the production of single-board computers. It comes in different forms, ranging from 40 to 70 dollars and comprising of 1,2 or even 4 GB RAM.

Temperature is one issue that many people complain about. Many experiments suggest that the device heats up to 55C soon after the bootup. If you are working and the utilization of the CPU is a bit heavy, then the temperature may rise.

As the version is an improvement from the previous models, the device has plenty of positives to take. The 4G ram configuration makes it no less than a proper desktop setup. However, the only drawback it possesses is the temperature rise!

Top 3 Marketing Strategies For Your Blog

So, you have created your blog or have had one for a while, but you’re...