When we talk about the world of graphics processing units, we cannot ignore the battle between the two heavyweights in the sector, i.e. Nvidia vs AMD. The battle of AMD vs Nvidia 2021 continues on the aspects of making the best graphic cards and grabbing the supreme position in the GPU benchmarks hierarchy.

Since the late 1990s, the Nvidia vs AMD is on the ride, with Nvidia having a lead over AMD over quite a few GPU metrics. When we talk about financial estimates, Nvidia has almost 3 times more worth on the graphic platform than AMD as Amd dedicates most of its resources to CPUs.

However, we are not going to focus on the past but analyze the present circumstances. Our goal Is to determine the AMD vs Nvidia 2021 battle and determine which one is doing better. Moreover, our focus primarily lies on the Nvidia GeForce vs AMD Radeon graphics card battle to conclude one’s superiority over the other.

Here we will try to analyze the main aspects concerning these two GPUs and try to determine which performs better; 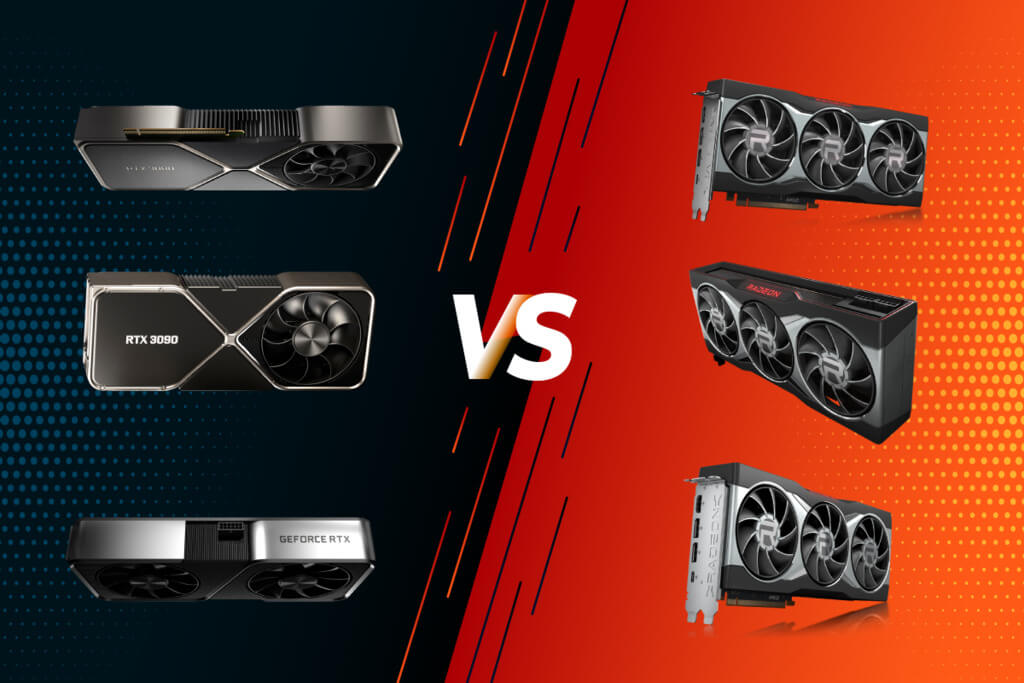 For quite some time now, advanced GPUs facilitated the gaming companies to delve deep into the complexities of graphics and discover the best out of it. When you look into all the aspects concerning AMD and Nvidia in terms of budget, high-end offering, and performance factors, Nvidia ranks higher because of its GeForce RTX 3090.

When we look into the top five positions held by the GPUs in terms of gaming performance, two GPUs that use Nvidia’s GA102 architecture (the 3090 and 3080) and three GPUs using AMD’s Navi 21 architecture hold them.

Taking into account the current marketing conditions, Nvidia’s RTX 3090 is a little more costly.  GeForce RTX 3080 and Radeon RX 6800 XT show a better view of performance. In the aspect of gaming performance, Nvidia takes a good lead over AMD. However, if we ignore RT and DLSS, then AMD’s Radeon RX 6700 XT performs better than GeForce RTX 3060 Ti, AMD costs around 20% more than Nvidia on a theoretical platform, which gives Nvidia a lead in the budget sector.

Therefore, in this aspect of Nvidia vs AMD, Nvidia prevails over AMD throughout every aspect of gaming and price requirements. 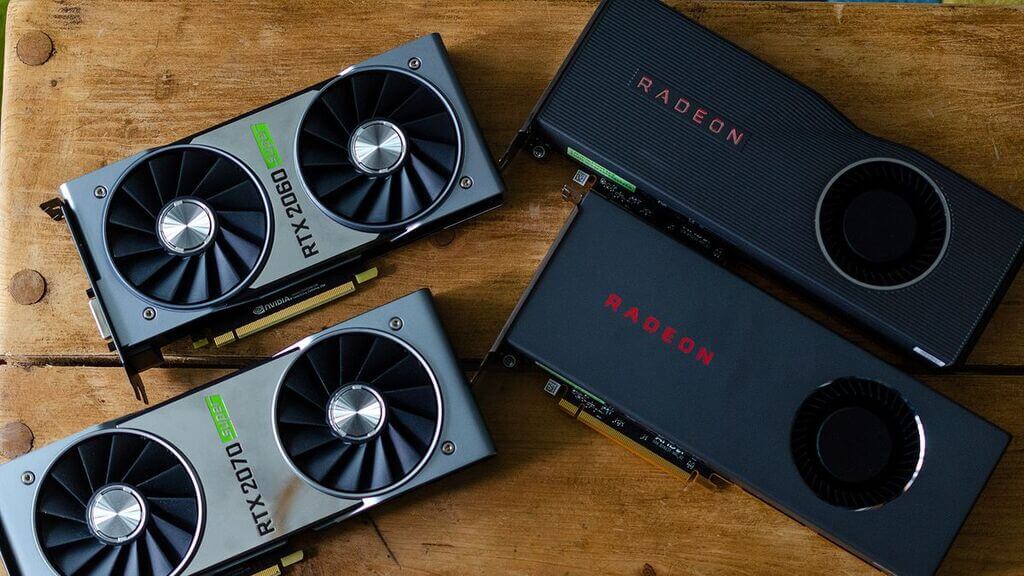 Before we had the birth of AMD’s NAVI, Nvidia had a higher market value in terms of GPU power consumption. Empowered with chips built with TSMC’s 7nm FinFET process, the AMD NAVI started closing down on the gap with Nvidia. Its provision of 50% better efficiency per watt made a huge impact in the GPU market.

On the other hand, the arrival of Nvidia’s Ampere architecture increased the limits in terms of cost of efficiency. The AMD Navi, supported by infinity cache, also boosted its efficiency. With the help of Powernetics hardware, we tested both the graphic cards for their power efficiency.

Therefore, after adjudicating the current generation AMD Big Navi and Nvidia Ampere GPUs, we can conclude that they are similar in terms of power and efficiency. The AMD tops in terms of features, the middle aspects perform equally, and Nvidia performs better in budget. 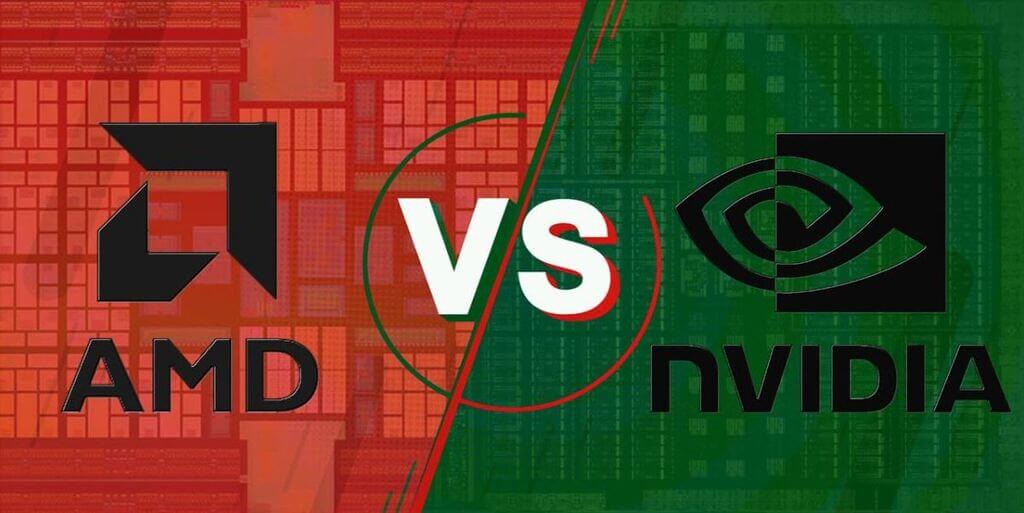 Even though most of the features between AMD and Nvidia are similar, their way of implementation varies. Radeon Anti-Lag goes into a battle against Nvidia’s ultra-low latency mode plus Reflex, where  G-Sync stands up against Free Sync in the background.

However, supporting similar APIs and similar hardware characteristics does not place them on an equal platform. Ampere and RDNA2 also assist mess shaders and variable-rate shading, including other features that are a part of DirectX 12 Ultimate.

The best G-sync displays have a higher quality and better latency than free sync displays. In the areas of video encoding and decoding, Nvidia performs better than AMD. What supports Nvidia high quality encodes and lower GPU utilization is its support of Turing and Ampere codec.

However, AMD has a clear lead in one aspect; its TSMC’s N7 7nm process allows the usage of RDNA2 (and RDNA and Zen 3 and the PS5/XSX) chips. It facilitates better performance and power delivery from the AMD. However, this process does not allow it to deliver to maximum companies.

Therefore, after judging all the sectors concerning featured technology, the battle of Nvidia vs AMD ends with Nvidia leading ahead of AMD.

Nvidia VS AMD: Drivers and Software 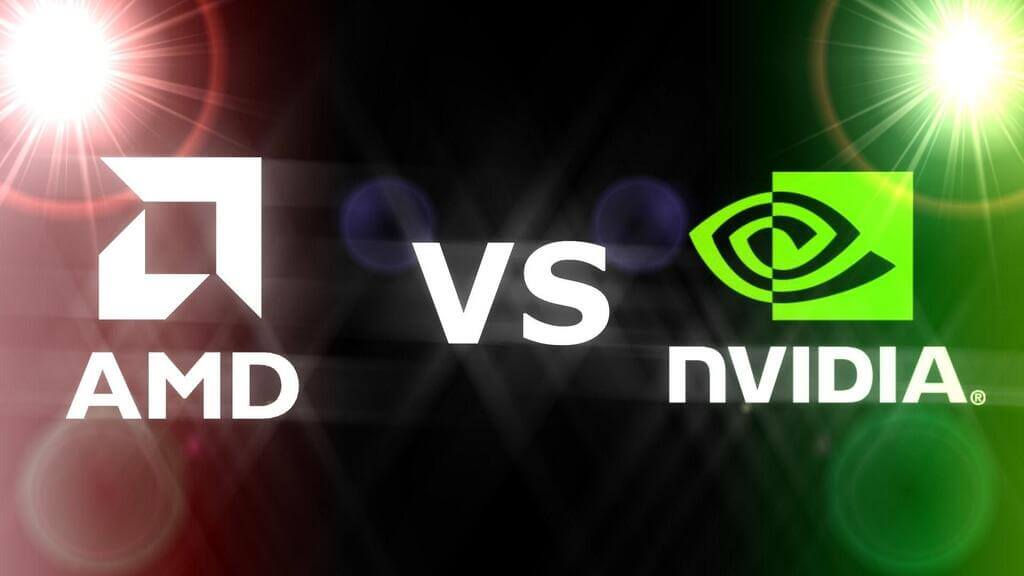 It is a challenging task to figure out which one performs better in terms of drivers and software. A few people faced black screen issues while using AMD drivers on RX 5000 Navi series GPUs. On the other hand, some did not. The Nvidia drivers are not without defaults either.

AMD propagates its yearly drivers with a lot of pomp and noise. The Radeon Adrenalin 2020 drivers tried to integrate everything under one umbrella to simplify things. Nvidia’s drivers also follow the same path in this respect.

Therefore, both AMD and Nvidia perform equally in this sector, with none featuring above the other.

Nvidia VS AMD: Pricing and Availability

There is no clear winner. In this respect, moreover, it is a wrong time to buy GPUs due to rising prices.

Therefore in this battle of Nvidia vs AMD, Nvidia still features better than AMD. Besides the power consumption and efficiency, Nvidia performs better in other aspects. If you want to opt for better GPU solutions, you can opt for websites like Technographx which provide the best prices and advice concerning GPUs.

The 21st century witnessed a revolution in the entertainment industry with new technological developments. One...