Table Of Contents hide
1 What Does RAM Do?
2 What Are the Types of RAM?
3 How Does RAM Speed Work?
4 The Power of Processing Power?
5 How Does a CPU Work?
6 What’s Important About CPU?
7 What’s Better?
8 RAM and CPU FAQs
8.1 Does RAM Improve CPU Efficiency?
8.2 What Is the Difference Between DD4, DD3, and DD2?
8.3 Can I Use Any RAM?
8.4 Does Adding More RAM Make Your Computer Faster?
9 RAM Vs. Processing Power

What’s the difference between RAM Vs. processing power? Which one is more important for the speed of your computer? When do you need to worry about RAM and CPU?

RAM and processing power are critical components of your computer’s performance. Whether you’re talking about your mobile phone, a dedicated server, or your gaming computer, they are also closely intertwined and depend on each other.

Adding RAM to your computer doesn’t automatically speed it up if you have slow processing. Similarly, if your computer lacks RAM, your CPU will suffer. This article discusses how these critical computer functions operate symbiotically. It examines both RAM and CPU and their limitations when trying to speed up your computer. It also discusses whether you should invest in CPU or RAM first if you’re trying to increase your computer speed.

What Does RAM Do? 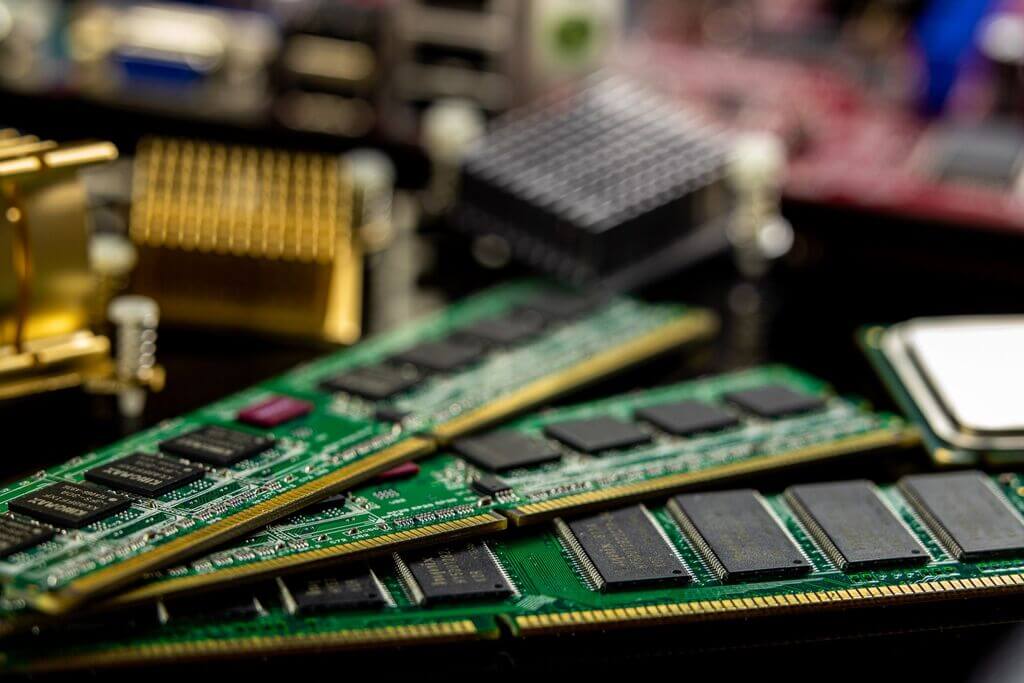 RAM is an abbreviation for random access memory and it refers to the computer’s short-term memory space. The computer places the current data in RAM so it’s easily accessible. The more RAM a computer has, the more data it can handle at any given time.

You can conceptualize RAM as a digital workspace. The larger your workstation, the more projects you can toggle between during your day. Instead of having to rummage through your filing cabinet every ten minutes, all of your pertinent documents are in front of you, readily available.

More RAM can mean more benefits for your computer. However, there are limits to the benefits of adding more RAM. One restriction on RAM corresponds to the physical space limitations of your motherboard: it can only handle a specific amount of RAM. Thus, if you plan an older machine upgrade, you might not be able to add much RAM.

What Are the Types of RAM?

There are three types of RAM: DD2, DD3, and DD4. The number at the end corresponds with the RAM generation. The higher the number, the later the generation and the faster the memory. However, the different types of RAM have physical characteristics that affect their capabilities.

How Does RAM Speed Work?

When speaking of RAM, speed works with type. Older types of RAM only go to a certain speed. However, pulling from RAM is much faster than pulling data from a hard drive. Still, each type of RAM has speed limits measured in megahertz. The speed of the data allows it to move in and out faster. Some motherboards also have technical limitations to what kind of RAM they can handle.

But why is this important? If you purchase an 1833 MHz stick of RAM for your computer but your motherboard specifications dictate it can only accept 1333 MHz RAM, your computer will throttle the RAM capabilities at 1333mhz, meaning you’re paying for 500 MHz of RAM you’ll never use. Another thing to note is that RAM isn’t as fast as older DDR types.

The Power of Processing Power? 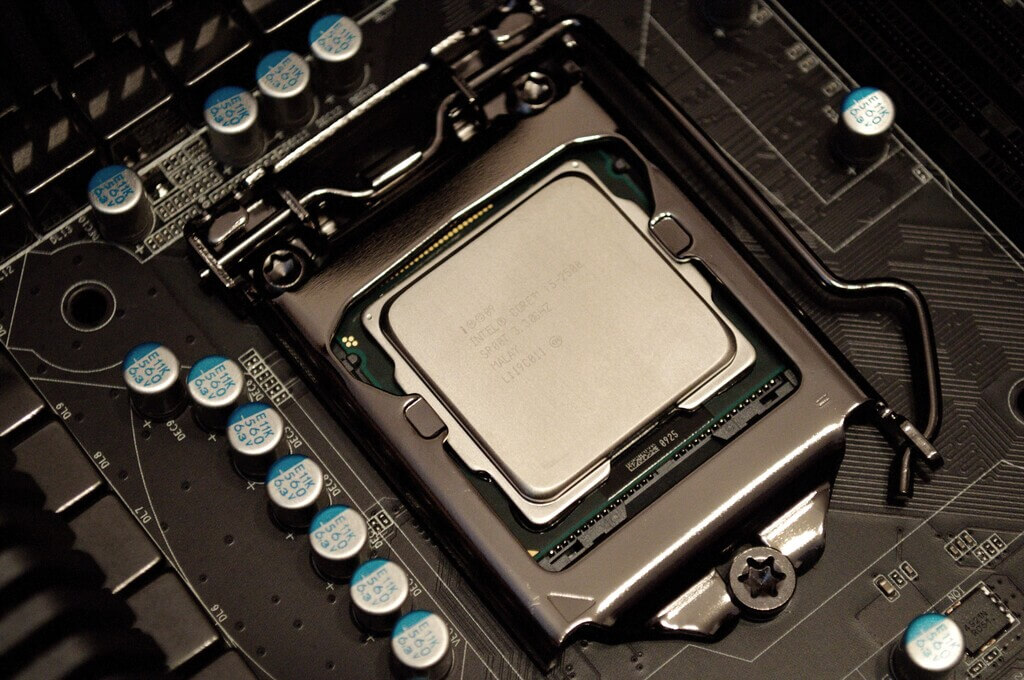 As we all know, the central processing unit or CPU is the brain of the computer. The more cores a processor has, the more the CPU will perform faster. Ideally, you should buy the fastest processor available. One reason to start with as much processing power as possible is that CPU upgrades are more difficult to administer than RAM upgrades.

Because CPU upgrades are more difficult, if you are pressed to decide between high-performance CPU and large RAM capabilities, it is typically more cost-effective to value CPU and then upgrade RAM later.

How Does a CPU Work?

A CPU works in three stages.

The faster this process occurs, the more fluid your computer experience becomes. For example, when you switch from gaming to checking work emails, the last thing you want is a slow CPU. The result could be that your boss catches you playing video games, you get fired, and lose the means to buy video games. To avoid this catastrophic outcome, place a premium on your CPU.

The CPU plays a key role in running your computer. The faster the processor, the smoother your system runs. Fast processing power will be rendered ineffective if you don’t combine it with other components such as memory. When you strike the correct balance, you will achieve the best results.

CPU and RAM operate symbiotically rather than independently. Because they depend on each other so heavily, there is no clear-cut answer to which is better. They each play vital roles in the smooth operation of your computer. While the processor might have a slight edge over the RAM due to its role as the brain of the computer, limited RAM capabilities significantly hinder the brain’s functions.

Also Read: Best Desktop Computers: Which Are They? Know Them Here 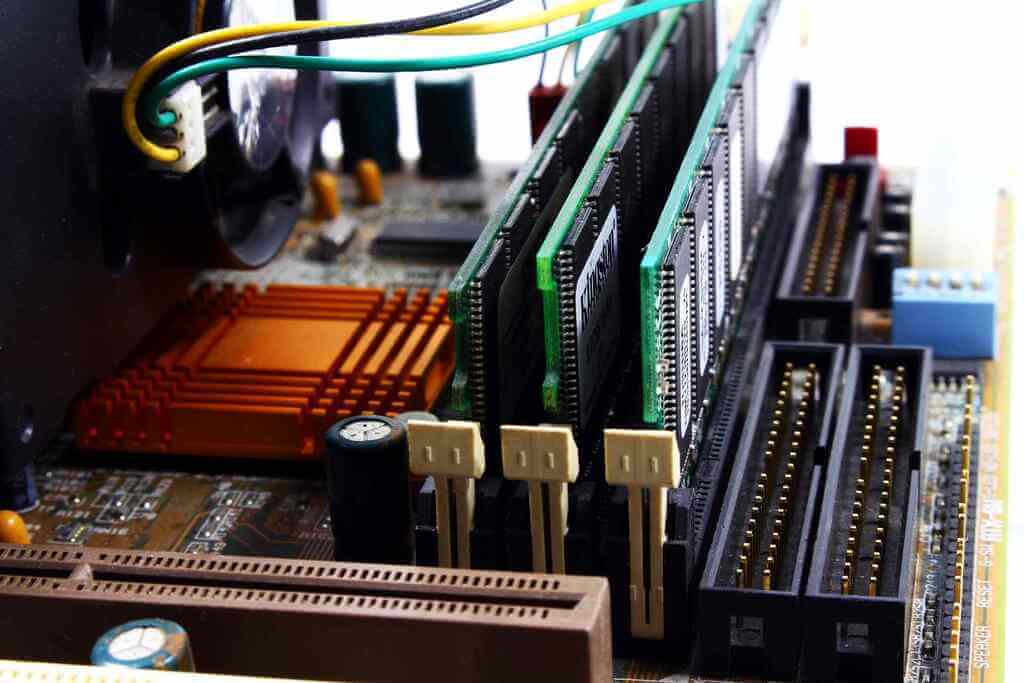 The short answer is yes. The more RAM your computer has, the faster it will send data to the CPU.

What Is the Difference Between DD4, DD3, and DD2?

DD4 is the latest generation of RAM and the most advanced. DD3 and DD2 are older versions of RAM and do not have the same capabilities.

Can I Use Any RAM?

There is no clear-cut winner when deciding whether RAM or processing power is more important for computing speed. They are both essential components in computer speed and operability.