Many people use tablets to get their work done because of their portability. They’re a terrific outlet for your creative juices, with a variety of apps for drawing, painting, and playing music. Fortunately, you don’t have to spend over a thousand dollars to have one with many cheaper options available. If you’re looking for one, we’ve got you covered. Here are ten of the best low-cost tablets in 2023 that are available in the market right now. 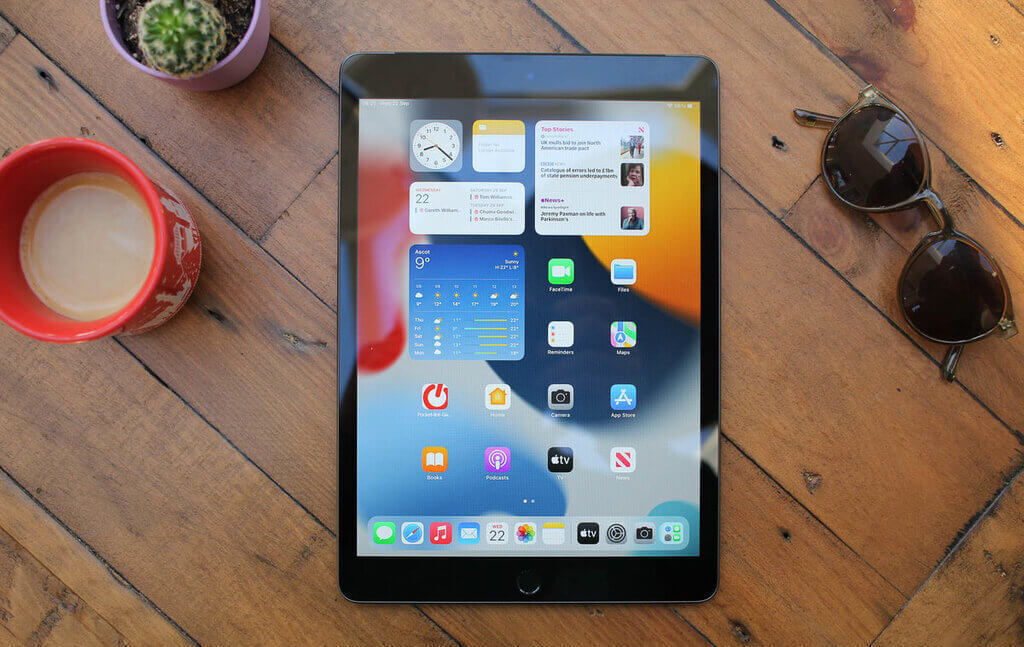 The latest iPad 10.2 (2023) boasts a 12MP ultra-wide selfie camera with Center Stage support, making it significantly better for video calls. The Apple iPad is also powered by the A13 Bionic chip, which supports app multitasking and is built to handle high loads of art projects via apps such as Adobe Procreate and Krita.

You’ll get to experience Apple’s industry-leading ecosystem with an Apple Smart Keyboard or Pencil, transforming this tablet into one that can be used for both entertainment and productivity. 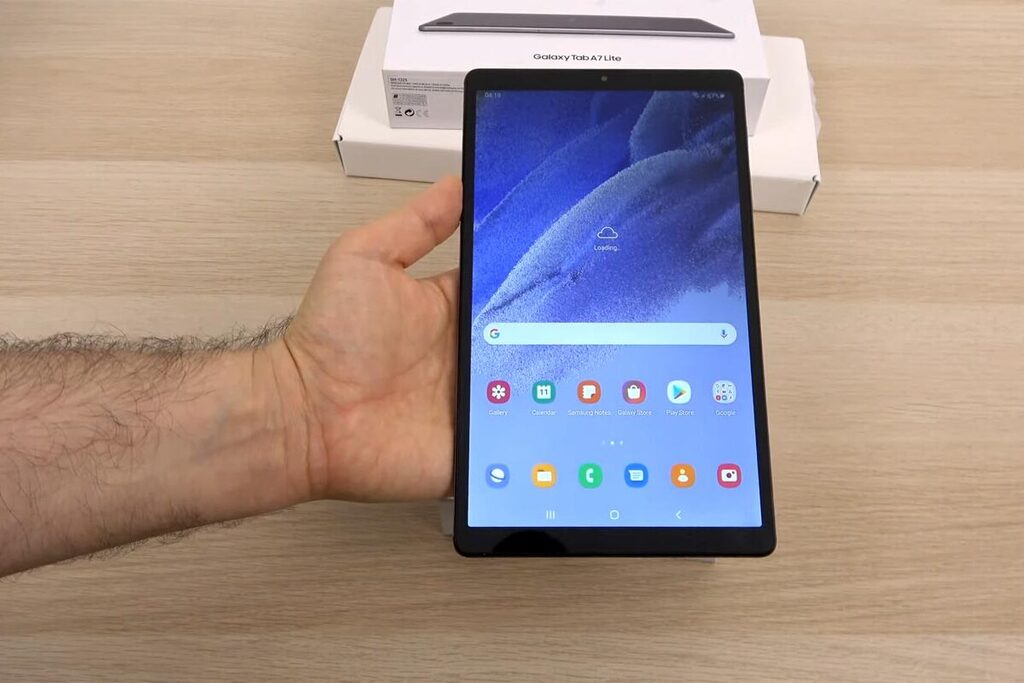 The Galaxy Tab A7 is no slouch when compared to its rivals. Aside from the 8MP main camera and a 5MP selfie camera, the tablet includes 32GB of storage that can be expanded via micro-USB and is powered by a Snapdragon 662 processor.

Additionally, the 10.4-inch screen has minimal bezels for maximum screen size, which gamers will appreciate. If that isn’t enough, the tablet includes a large 7,040mAh battery that charges quickly with the USB-C fast-charger. Consider getting a first-party keyboard and S Pen, which are sold separately, for a better experience. 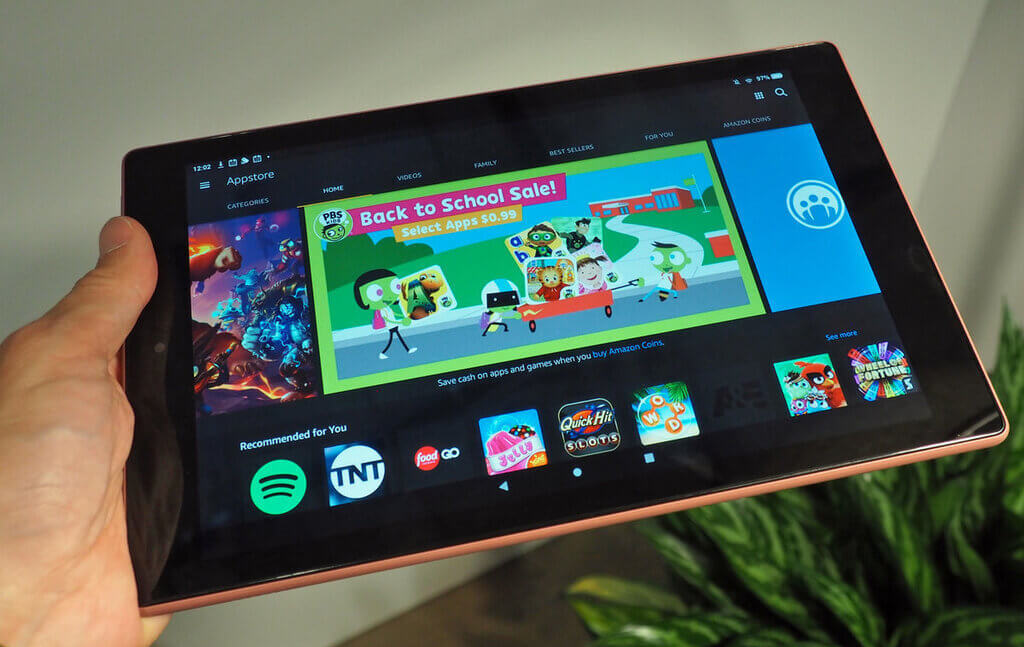 If you need more storage, don’t worry because a microSD card can be used to add up to 1TB. There’s also USB-C on board, including a new octa-core processor with more power than any Fire tablet has ever had. 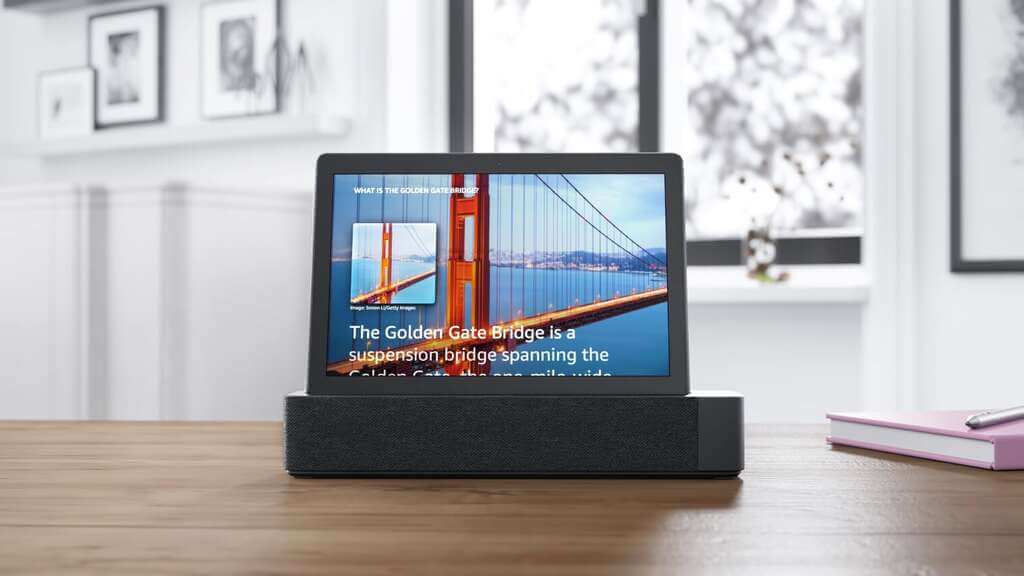 Another option to consider is the Lenovo Smart Tab M10 Plus, which comes with a dock that converts the tablet into a Google Assistant-powered smart display. You can use the tablet not only as a digital photo frame but also to listen to music and manage your smart home.

Regardless of what you’re listening to, the two Dolby Atmos speakers won’t let you down. Those who travel regularly will like the 128GB of built-in storage and the microSD card slot, which can accommodate a significant chunk of your movie library. 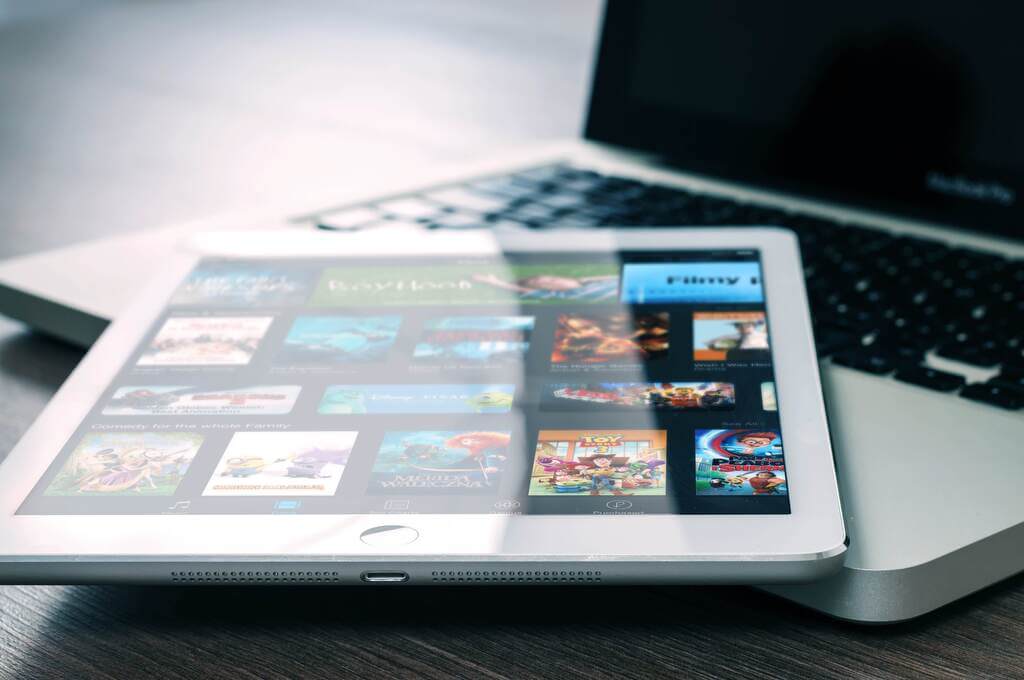 The Samsung Galaxy Tab S6 Lite, known as the budget-friendly version of the Tab S6, sports a compact, elegant design and a 10.4-inch screen. The glass front with a metal frame that can withstand bumps and drops makes such a display easy on the eyes.

It also has a mid-range Exynos 9611 processor and 64GB and 128GB storage options. Aside from the fact that it works best with a stylus pen, the S6 Lite has a 13-hour battery life and a USB-C port for faster charging.

If you want to try a new brand, the Amazon Fire HD 8 Plus is a great pick. The tablet is small, lightweight and it performs admirably. You’ll get a decent Full HD display, 32GB or 64GB of expandable storage, and a battery life of up to 12 hours.

It boasts 3GB of RAM as well and wireless charging for a more pleasant charging experience. Another plus is that it can use as a smart home hub, making the 2-in-1 tablet an excellent choice. 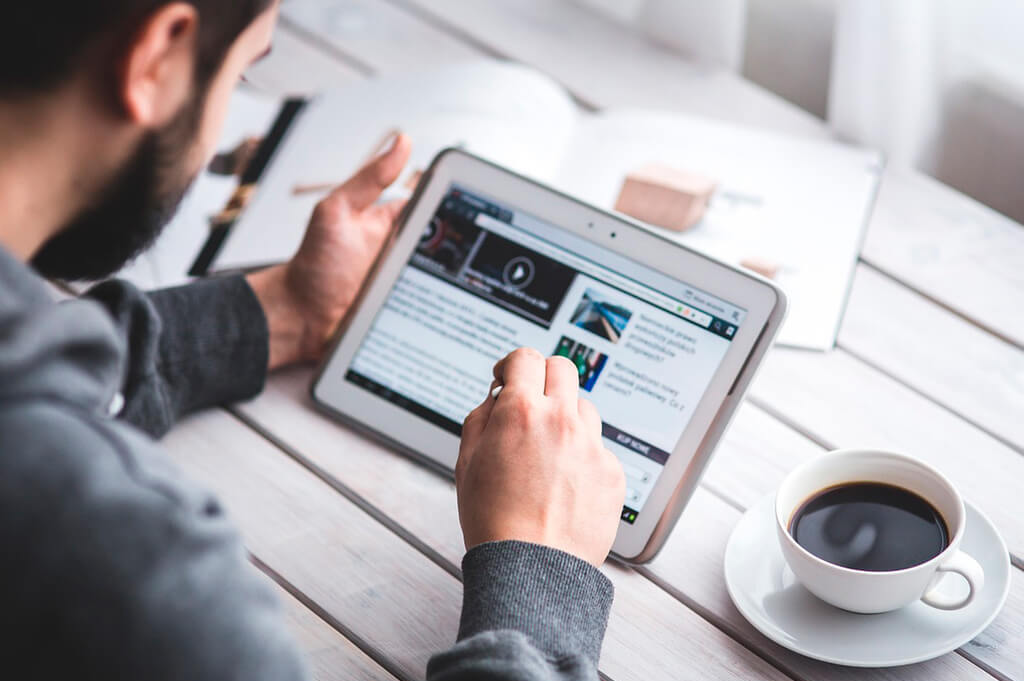 The Yoga Smart Tab isn’t the most visually appealing tablet, but its well-built and sturdy kickstand, which houses the tablet’s stereo speakers, makes it an excellent alternative. The full HD display offers significantly brighter and vibrant colors, which we appreciate at such a low price.

Unlike other tablets, this tablet suffers from a lack of speed due to its use of an earlier version of the Qualcomm chip. But the good thing is the tablet comes pre-installed with the Google Play Store, giving you access to the whole Android app catalog rather than a limited selection.

The Samsung Galaxy Tab A offers 32GB of expandable storage and an Exynos 7904A chipset. A 10.1-inch HD display with Dolby Atmos surrounds sound is included, making it great for watching Netflix movies and TV shows. In addition, there is an 8MP rear camera and a 5MP front-facing camera onboard.

With its sleek and slim design; the tablet will not wear you out if you hold or carry it for an extended period. Additionally, the tablet will keep running throughout the day with a battery life of up to 13 hours. 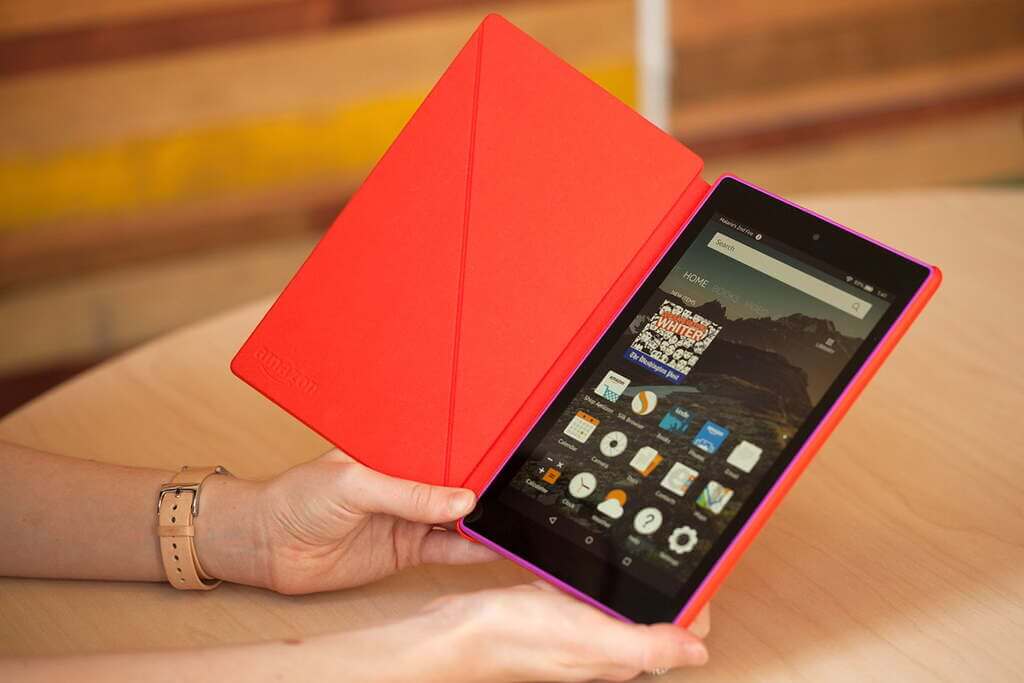 The Amazon Fire HD 8 is a good option; if you don’t need a 2-in-1 tablet like the Fire HD 8 Plus. Released in 2020, the tablet packs with a better and brighter 8-inch display. Aside from the Dolby Atmos audio, the tablet features a 12-hour battery life.

The tablet now has a camera on the side bezel that can use to snap landscape photos. Also, you can make video calls with apps like Zoom and Google Meet. Since it is within the Amazon ecosystem, the tablet is certainly ideal for Amazon’s Prime members. 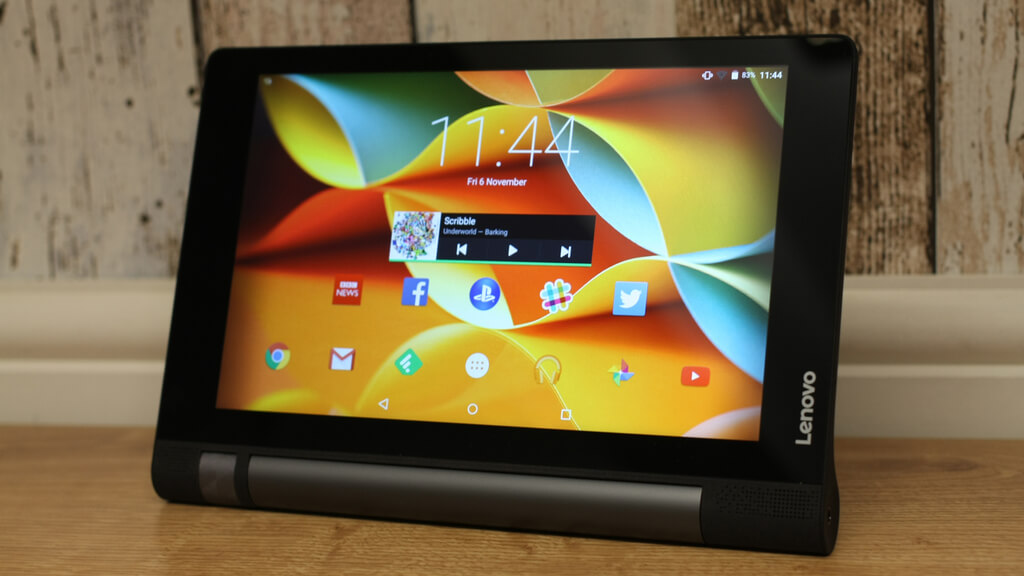 Finally, the Lenovo Yoga Tab 3 can be your choice if you prioritize battery life. Despite its high price tag among others, the tablet comes with a built-in kickstand that allows you to watch movies for hours on end.

The vivid HD screen and front-facing speakers are also not to overlook because the 10.1-inch screen is one of the largest on the list. But what sets this tablet from others is that it features an internal projector and great multimedia skills for its users.