Streaming necessitates the best experience possible. Who could deny watching their favorite shows in premium quality? Considering this, both Amazon and Roku have stepped up their efforts to bring you more content and provide a fantastic streaming experience. Both devices offer low-cost streaming via plug-in sticks, branded displays, and streaming systems. When choosing a new streaming device, the comparison between amazon fire stick vs. Roku streaming stick is quite common. While both Roku and Fire TV have many applications, there are some significant distinctions between them. Several factors will determine the optimal streaming gadget for your home.

However, there is nothing to worry about. You will have a very decent concept about which line of streaming gadgets you should purchase after studying this in-depth Roku vs. Amazon Fire TV Stick comparison guide.

Just one last thing, at the end, when you’re finally ready to make your choice, don’t forget to check how to set up the Firestick or the Roku streaming stick for the first time in 5 minutes. Setting up the streaming devices is not a very difficult task, but reading about it beforehand will let you know about everything else you need to start streaming smoothly. 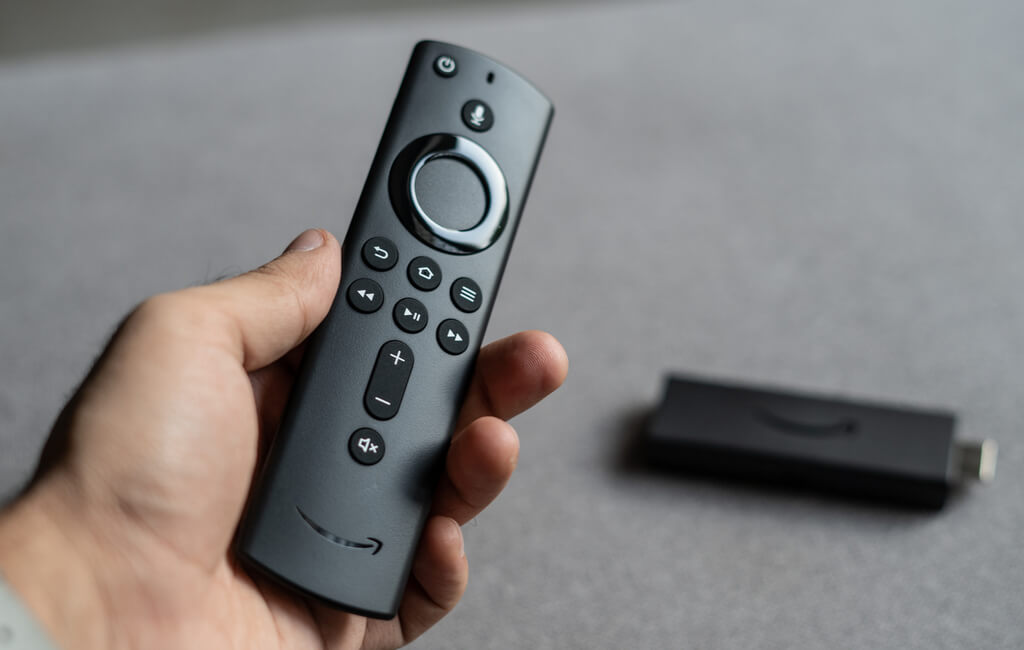 When it comes to supporting, we could render the comparison a tie. Since both devices offer a wide range of video and audio formats, they are compatible with traditional and contemporary televisions.

However, now that the picture quality you get depends highly on the television you are using. Traditional televisions may not deliver 4K Ultra HD. Fortunately enough, both corporations support a wide range of image modes, namely HDR10, HDR10+, HLG, H.265, H.264, and Vp9.

Considering three of the four versions offer Dolby Atmos, Amazon’s audio feature could be superior. Roku’s 4K+, on the other hand, has a private audio mode that you may use with your headphones or an audio headset.

The primary distinction between the two streaming devices is the streaming platform you will use when switching them on. Roku’s operating system is Roku OS, whereas Amazon’s is Fire TV.

Roku OS is more fundamental and practical, while Fire TV is more flashy and content-focused. If you want to be welcomed by new series and movie suggestions every time you switch on your streaming device, Amazon seems to have it down pat, but if you want to see all of your streaming options at once, Roku has its users covered. 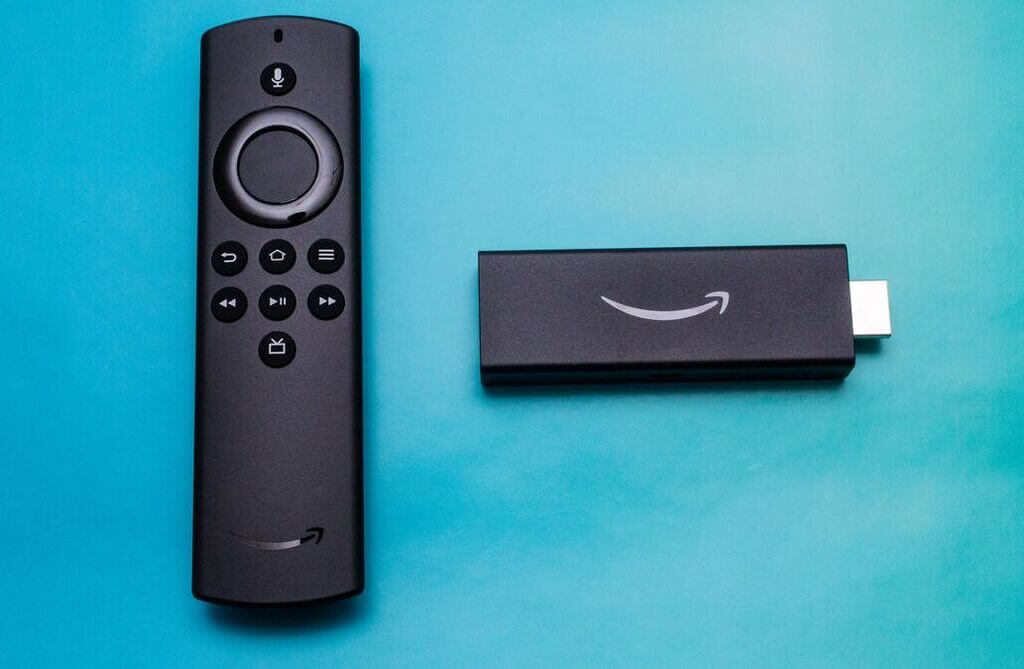 Roku’s streaming devices are significantly easier to use and navigate than Amazon’s Fire TV Sticks. The Roku remote includes additional directional buttons and immediate access to Apple TV+, Netflix, Hulu, and Disney’s popular video streaming applications.  On the other hand, only two of the four Amazon Fire Sticks have four app keys on their controllers.

Users frequently inquire whether they can reconfigure the app keys to replace an app. Although the settings cannot be changed, the Roku remote offers two additional programmable shortcut keys that could be used to navigate to various viewing or audio apps quickly.

It is somewhat challenging to come across good support on a streaming device. Luckily, the Amazon Fire TV Stick 4K Max has Alexa and a vocal controller to interact directly with the Alexa device.

On the contrary, Roku includes an integrated Roku Companion that is not nearly as capable. While Alexa can respond to pretty much any query, Roku’s expertise is restricted to which actors played which roles in which flicks and which director directed which picture. To recapitulate, Amazon streaming sticks can unlock doorways and monitor security cameras, while Roku does not.

Roku makes it exceedingly easy to find whatever you wish to enjoy. It indeed requires fewer keystrokes than Amazon’s Fire Stick to stream. When you look for something on Roku, you will get a range of suggestions, with the price being an essential factor. You can quickly locate the free version or determine which channel will allow you to stream it for a low price.

To sift through the SERPs on Fire TV, you will have to put in some more effort. You are only provided one main channel and must choose “other ways to watch” to view the other possibilities. Numerous choices are frequently accessible. However, selecting one may result in a paywall or a dead stop. 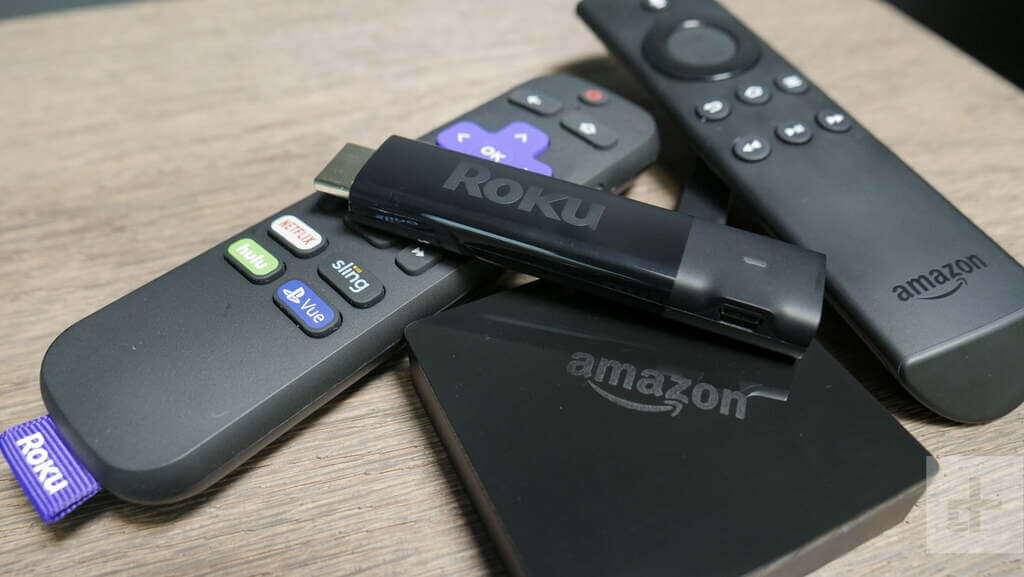 In 2021, Amazon and Roku addressed distinct features of their streaming sticks. The Roku Streaming Stick 4K comes with a long-range Wi-Fi antenna that ought to be able to reach from one corner of your house to the other, but Amazon targeted speed by including a Wi-Fi 6, 802.11ax, specification on its streaming stick.

In theory, this means that while the Fire TV Stick 4K Max ought to retrieve material faster and buffer less frequently, the Roku Streaming Stick 4K should have broader network coverage. Both have their benefits in this scenario.

Both firms’ higher-end devices are committed to delivering 4K to compatible screens in terms of broadcasting resolution. However, Amazon’s 4K Max outperforms Roku in sound fidelity and connection speed.

Although the Roku’s 802.11ac dual-band MIMO Wi-Fi might provide a better range, the Amazon Fire Stick offers Wi-Fi 6, which could give a somewhat more reliable internet connection for streaming with reduced latency.

Also Read: Stream Nintendo Switch: How to Do It? Know It Here

Amazon’s Fire TV Sticks outperform Roku in terms of cost. Roku’s streaming devices cost $50 and $70, respectively. The pricing range on Amazon is $30 to $55. The Roku 4K+ and the Amazon Fire TV Stick 4K Max have common traits in a head-to-head comparison.

However, the Amazon device is $15 cheaper. In addition, the Fire Stick, unlike the Roku, is Wi-Fi 6 compatible, which adds to its value.

Which One Is the Best for You?

It is all about nitpicking when choosing between Amazon and Roku. Both businesses provide an excellent streaming service at a reasonable cost. If you flip between both platforms, there should not be that much of a curve. It all boils down to price level if you must choose one device over the other. The Amazon Fire Sticks are less expensive.

On the other hand, the Roku Streaming Sticks are a little more user-friendly. When you look for a particular movie or show, you will observe the distinction. The controller is also designed differently, with all of the necessary buttons in one location and a couple of additional programmable buttons.

Steps to Turn Off the Google Assistant in Android

Google Assistant is the voice command feature that enables to you perform the tasks on...