Every upgradation in the technology field has helped us to perform better, boost the productivity level, and save time and money. One such groundbreaking technology is a smartwatch. The term smartwatch is pretty self-explanatory and gained immense popularity in the last decade. When it comes to the smartwatch, the leading two players of this dominant are Samsung and Apple. 2019 is not different, as the battle to prove more valuable is still on. If you are also planning to buy a smartwatch for you, lets us help you by putting down the comparison between 2019 two best smartwatches i.e., galaxy watch active 2 vs. apple watch 5. So buckle up for Samsung galaxy watch active 2 vs apple watch 5 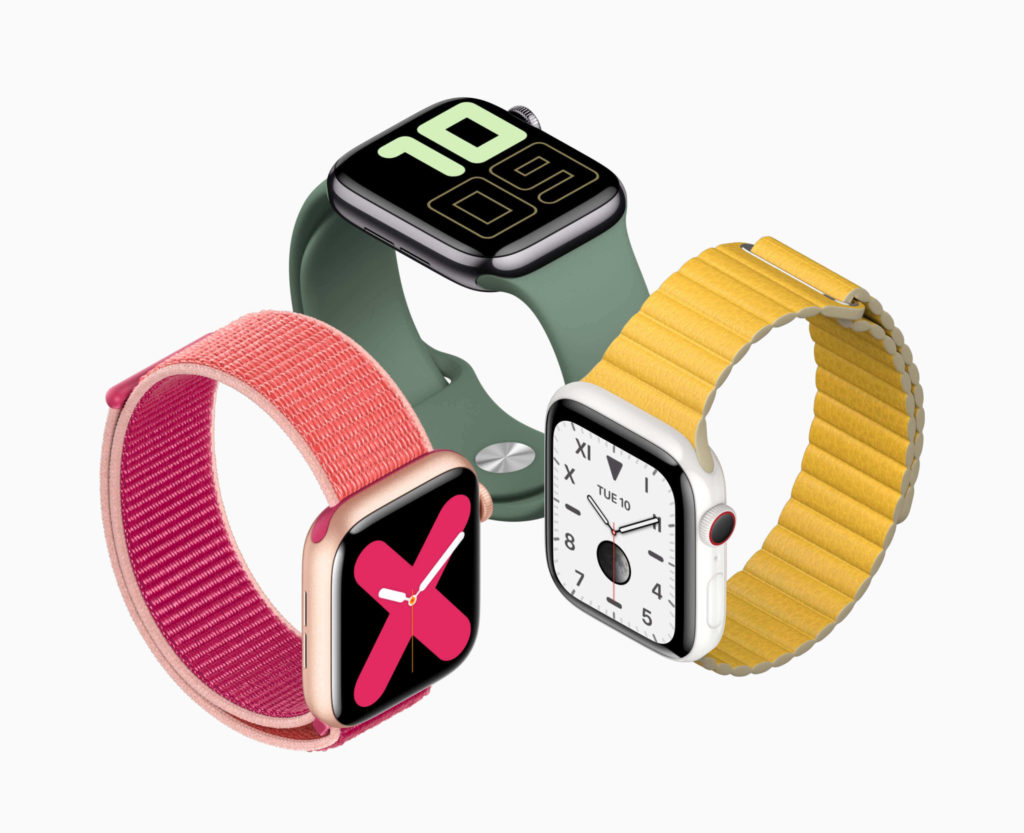 The watch is available in two sizes 40 and 44mm. The Apple Watch 5 has the same rectangular design with the digital crown and a button the right side as its previous series watch 4. Its digital crown enables you to provide feedback and responsive feel through a comforting click. Force touch technology and digital crown make it’s easy to operate.

Talking about resolution, the smaller model display size is 324 x 394 pixels, and a bigger one has 368 x 448 pixels resolution. It got an Always-On Retina display that never sleeps and bezel-less design. GPS-only and GPS+Cellular versions are available with the new release.

Available in Aluminium in silver, gold, and space gray; for stainless steel, it is available in gold and space black; natural and space black titanium and its special edition white color available in ceramic. Even with its online and offline Apple Watch Studio, the buyer can create their own customize color and material. Isn’t it fascinating?

Unlike the Apple smartwatch, Samsung is round and sporty in design. The watch is available in two sizes 40mm and 44mm. Its 40mm has 360 x 360 resolution with 1.2-inch Super AMOLED display while 44mm has the same resolution but with a 1.4-inch Super AMOLED display. Protected by Corning’s Gorilla Glass DX+. The company has launched a Bluetooth-only model & an LTE model. The Bluetooth model is available in silver, black, and rose gold color while the LTE model has the choice of silver, gold, and black color. Here the user got trendy and coolest bezel around the screen.

The Series 5 comes with the 64-bit dual-core S5 processor and internal storage of 32 GB. Its dedicated navigation enables to provide latitude, longitude, and current altitude. Even the watch got three new compass complications. To use the compass, one needs to install the Watch Maps app. One of the best features includes international emergency call in 150+ countries, where the user can make an emergency call in the foreign land. Sounds relieved, right?

Its Samsung turn now, so it packed with the dual-core Exynos 9110 processor along with 1.5GB RAM for the LTE model and 768MB RAM for the Bluetooth version. Samsung offers an internal storage of 4GB in both the models.

So here in the above-discussed features, Apple has edged out Samsung.

You can also search for another best Best Waterproof Smartwatches here.

Samsung Watch features a 247mAh battery for a smaller size and 340mAh battery for the 44mm model. Its WPC-based wireless charging is a relief. According to Samsung, with normal usage, the battery can last for a day or more. While Apple has the same battery life of 18 hours as it’s Series 4, but additional Always-On display feature battery consumption will increase. So here in case of the battery, Samsung gained one plus point.

The Apple Watch embraces Apple’s watchOS 6 software that will help in reducing the dependency on the iPhone. The software enables users to support audiobooks and vast numbers of applications.

Samsung is compatible with the iOS and Andriod platforms, so this makes it a winner over Apple watch as Apple software is only meant for iOS platform users.

Series 5 allows a user to measure the rhythm of the heart, but it lacks a sleep tracking feature, which is available in Samsung. Both watches are capable of tracking workout, stress level monitorization, Health tips, and alert on your respected health app.

Just like Apple Watch, Samsung can detect the Support ECG; however, the feature is not yet approved by USFDA. Samsung enables to identify different stages of sleep. The company also claims that its coaching feature helps the user to monitor real-time stress and suggest supervised medication.

Apple Fall detection enables the user to ask for direct help from 911 in case of a hard fall. When a user had a hard fall, he will receive a notification. If you don’t move for 60 seconds after the fall, it will call 911. Its Noise control app measures the noise around the user and thus notify a user about the too loud. Even the woman user can now able to track their menstrual cycle. So much to offer in a single piece of technology. 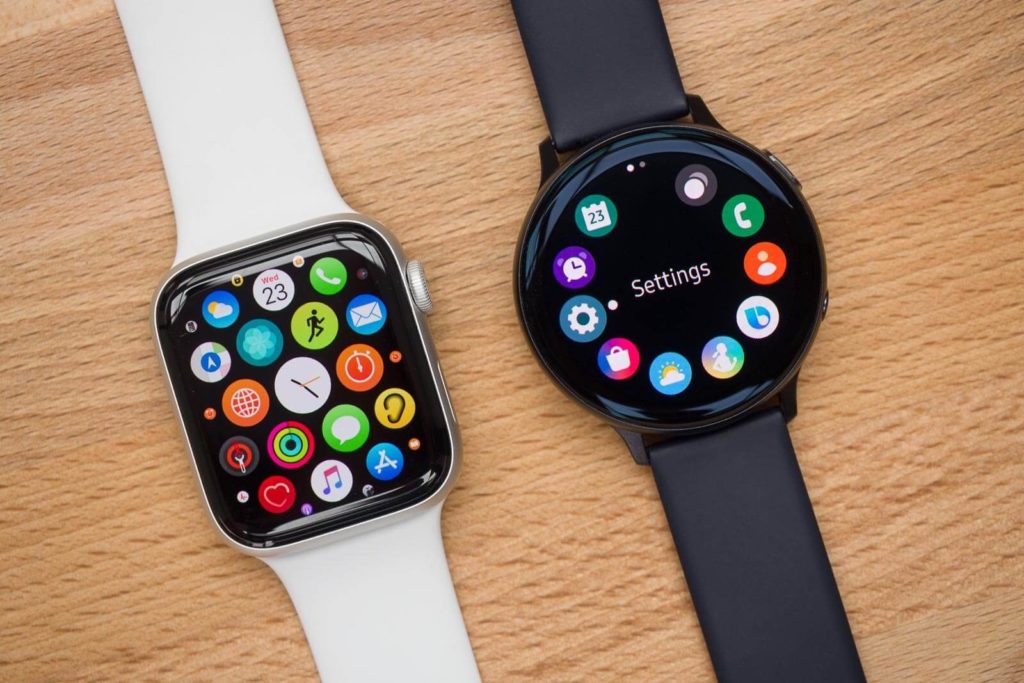 Apple Watch Series 5 will cost you $400 for the 40mm aluminum model with GPS connectivity, while its GPS+Cellular version comes at $500. The ultra-premium ceramic version starts at $1,300, while the titanium model costs $800.

Some keen and amazing features of Apple Watch Series 5 cost you more. Its ECG enables the feature is an excellent trait along with the cycle tracking and International Emergency calling, while Samsung Galaxy Watch 2 is also the right choice for budget-conscious and Andriod users. Did you find galaxy watch active 2 vs. apple watch 5 post useful? Let us know all your views and review these highly competitive watches in the comment section below. To know about this kind of gadgets visit Technographx.

Bloggers don’t want to disappoint their mobile audience. They must make sure their blogging site...