It is a tough time for all of us. Due to the sudden coronavirus outbreak, the government of many countries, including the United States, Italy, New Zealand, declares a mass quarantine. It is a vast and required step to stop the spread of COVID 19.

So, until the conditions come back to normal, we all need to self-quarantine and stay at home for now!! Which means we have a lot of time to kill but are you feeling bored? Don’t know what to do while staying at home 24×7? Are you tired of doing work from home?

One thing that we all can do is watch our favorite shows on TV. Now you have started thinking about what to watch? Which are the most trending shows? To clear up all your confusion, we came up with a list of best tv shows to binge-watch ever. Yes, the greatest TV shows are listed in this blog according to the IMDB ratings. So, grab a cup of coffee, drink or snacks and watch the best streaming shows on TV. Spend quality time with your family and watch these amazing and entertaining shows.

No matter what age group you belong to or what type of dramas you like, here is the show for everyone!! From Romantic comedy series to the thriller zombie ones, they all will keep you clicking episode after episode in the whole quarantine period. (Just don’t forget to eat and sleep!!)

Here is the list of 15 best shows to binge-watch, while maintaining social distancing: 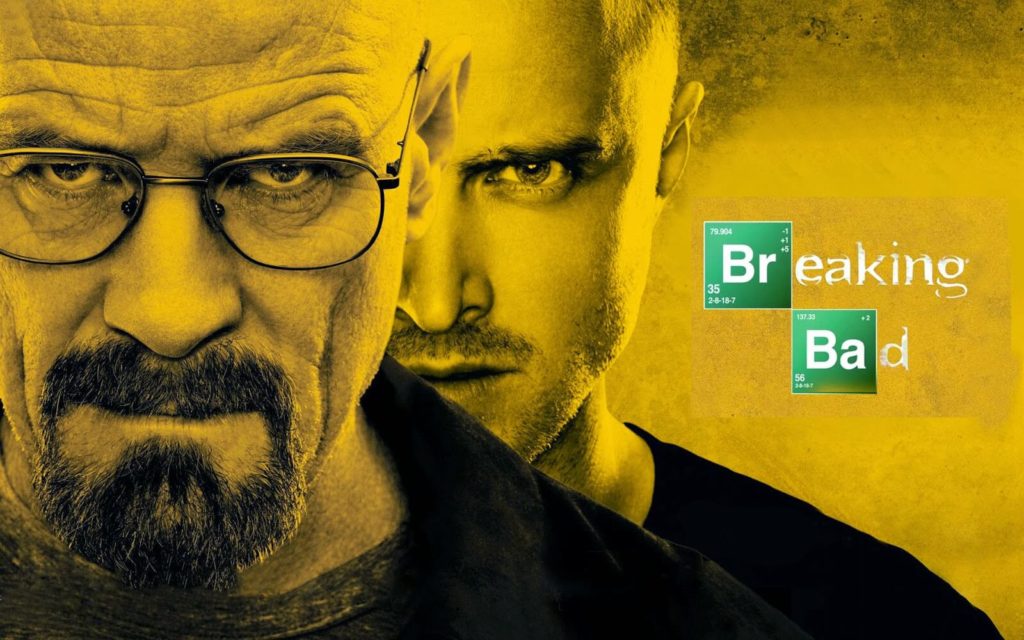 Breaking Bad is an American crime drama series, produced & created by Vince Gilligan. The show was originally aired on the AMC network and ran for 5 years from January 20, 2008, to September 29, 2013. It tells the story of Walter White (Bryan Cranston), an underemployed and depressed high school chemistry teacher. He is struggling with a midlife crisis and on top of that recently he has been diagnosed with stage-three lung cancer. With the help of his former student Jesse Pinkman (Aaron Paul), he starts selling crystallized methamphetamine to secure his family’s financial future before he dies. 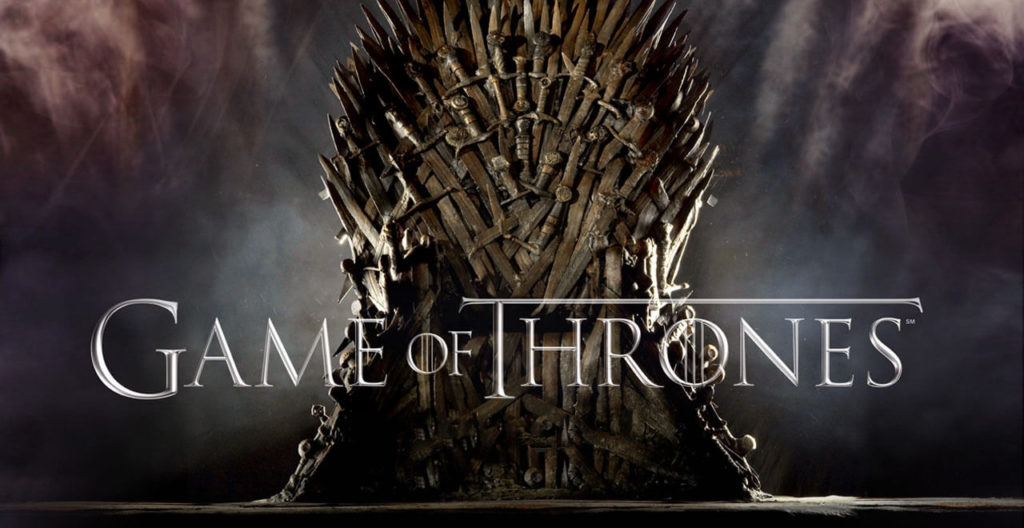 Who doesn’t know about this epic series? It is an American fantasy drama television series that is widely popular. It is based on a series of fantasy novels- A Song of Ice and Fire by George R. R. Martin. The whole story is about the Seven Kingdoms of Westeros and the continent of Essos fighting for control over the mythical lands of Westeros. 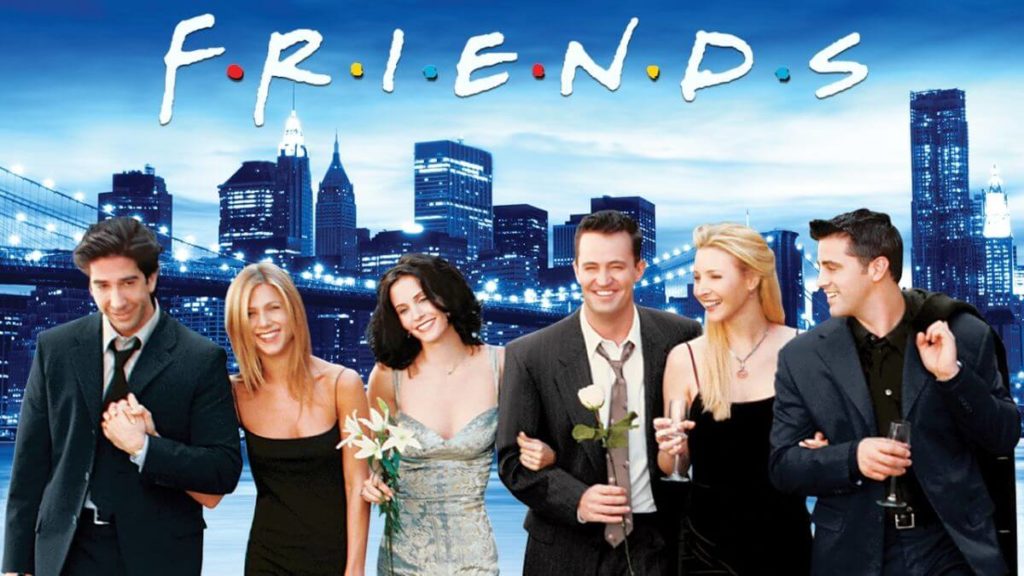 F.R.I.E.N.D.S is an ultimate comedy and romance television series, created by David Crane and Marta Kauffman. It has ten seasons and 263 episodes, and it was aired for 14 years from September 22, 1994, to May 6, 2004. The story revolves around six friends Rachel (Jennifer Aniston), Courteney Cox (Monica), Lisa Kudrow (Phoebe), Matt LeBlanc (Joey), Matthew Perry (Chandler) and David Schwimmer (Ross), who lives in Manhattan, New York City. 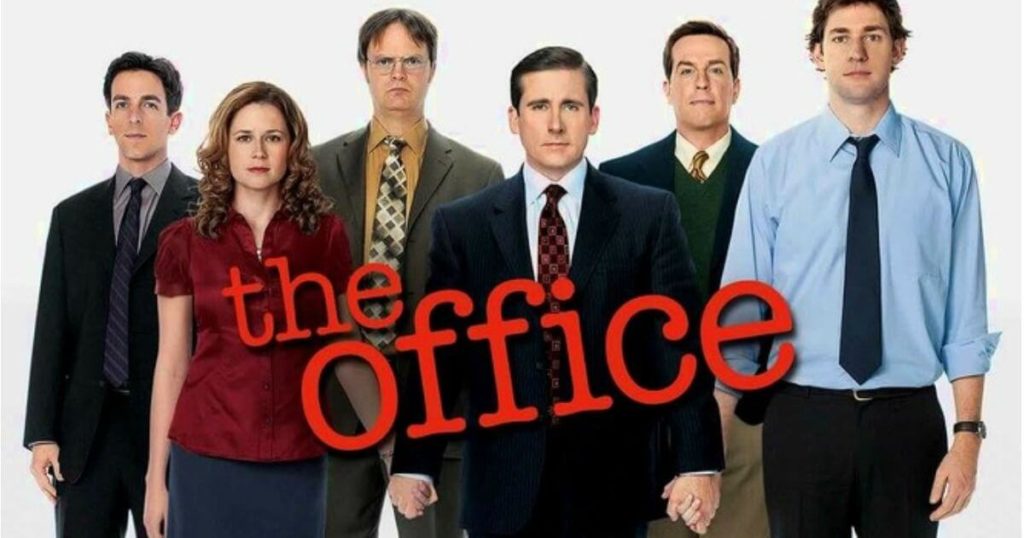 This is also an American mockumentary sitcom television series. It depicts the daily life of office employees of the Dunder Mifflin Paper Company in Scranton, Pennsylvania. It aired on Global Television Network and NBC from March 24, 2005, to May 16, 2013, on NBC network. The series consists of nine seasons with 201 episodes. 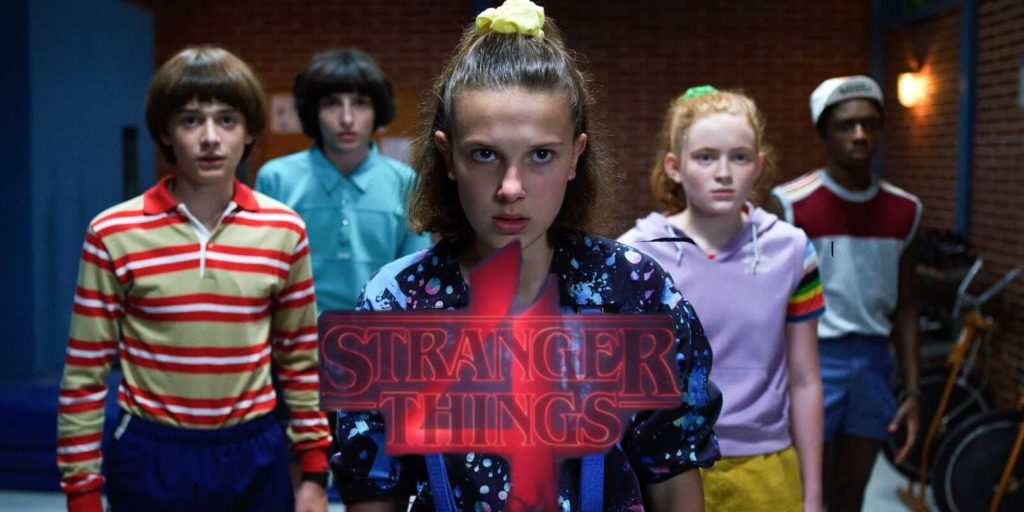 Stranger things is an American science fiction-horror web series premiered on Netflix on July 15. This story starts with a young boy (Noah Schnapp) suddenly disappearing, and his mother (Winona Ryder) & his friends with the help of a police chief (David Harbour) trying to get him back. All this happens amid supernatural events occurring around the town, including the sudden appearance of a girl with psychokinetic abilities. 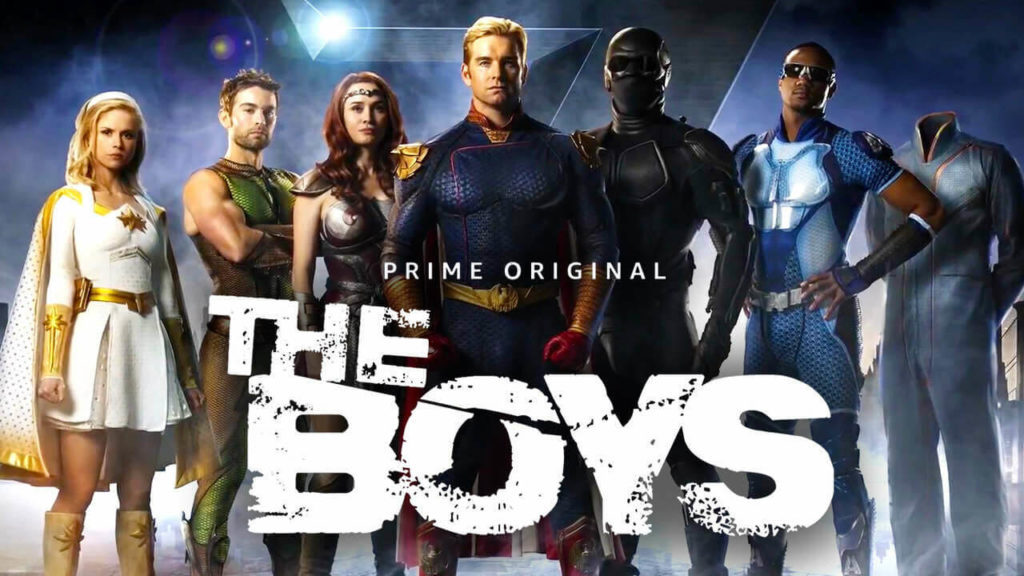 The boys are based on the novel of the same name by Garth Ennis and Darick Robertson. This is a story of seven superheroes, living as arrogant and corrupt people. The storyline of the shows revolves around the actions of two groups: the Seven, Vought International’s premier superhero team and the vigilante’s boys looking to keep the corrupted heroes under control, who abuse their superpowers. 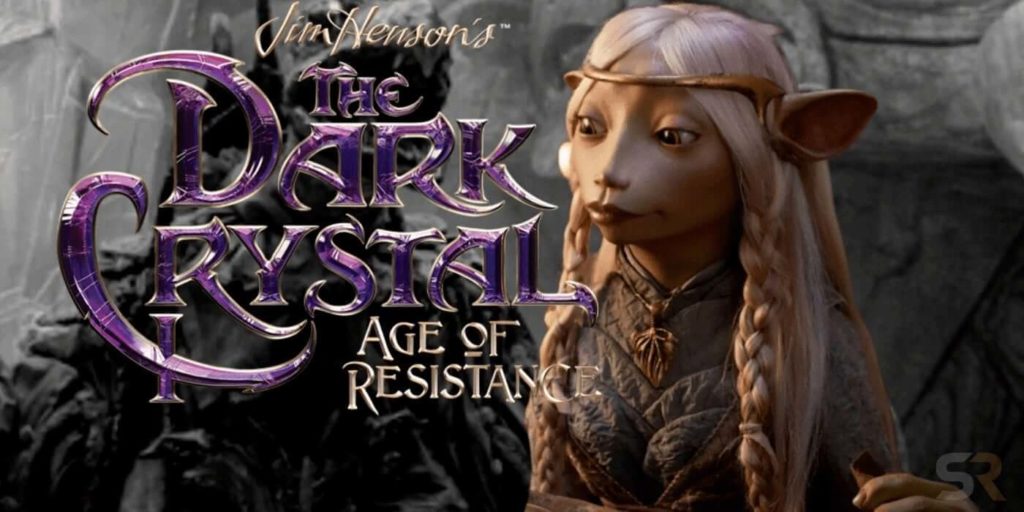 Creator: Jeffrey Addiss and Will Matthews

Dark Crystal: Age of Resistance is the prequel to the 1982 Jim Henson film The Dark Crystal, which explores the world of Thra. In the Age of resistance series, three Gelfling set out to ignite the fires of rebellion after they find out the horrifying secret behind the Skeksis’ power. Developed by Jeffrey Addiss and Will Matthews, the show is full of elf-like creatures and wicked magic turkeys, their adventures, and magic. 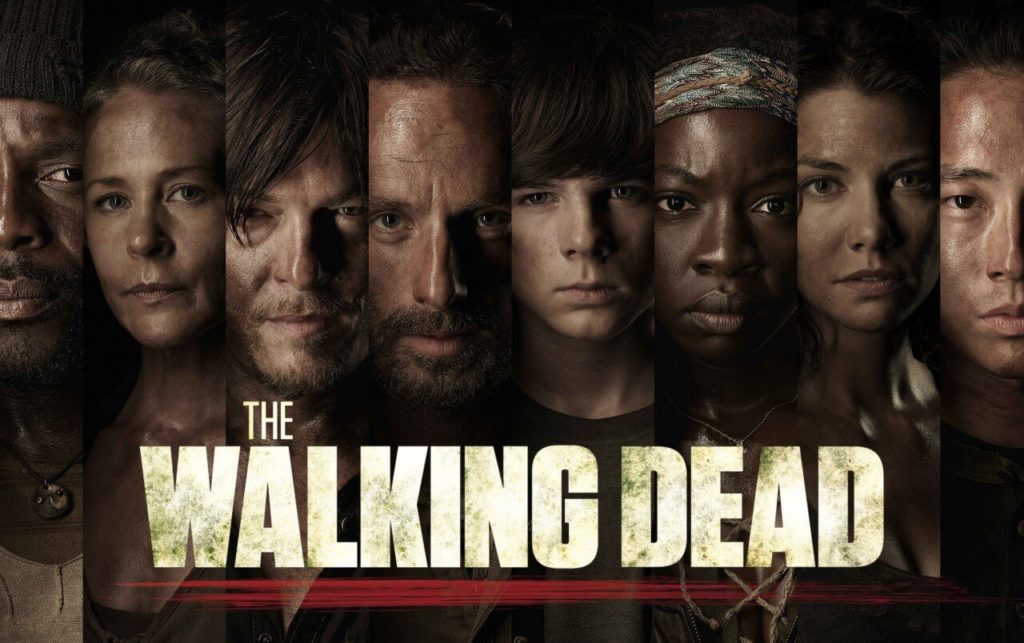 Love watching shows full of suspense and thriller?  If yes, then you’ll surely love this apocalyptic and post-apocalyptic fiction. It is also an American television series based on the comic book series by Robert Kirkman, Tony Moore, and Charlie Adlard. The story is about many survivors of a zombie apocalypse. They are trying to live under near-constant threat of attacks from the mindless zombies, known as “walkers.” 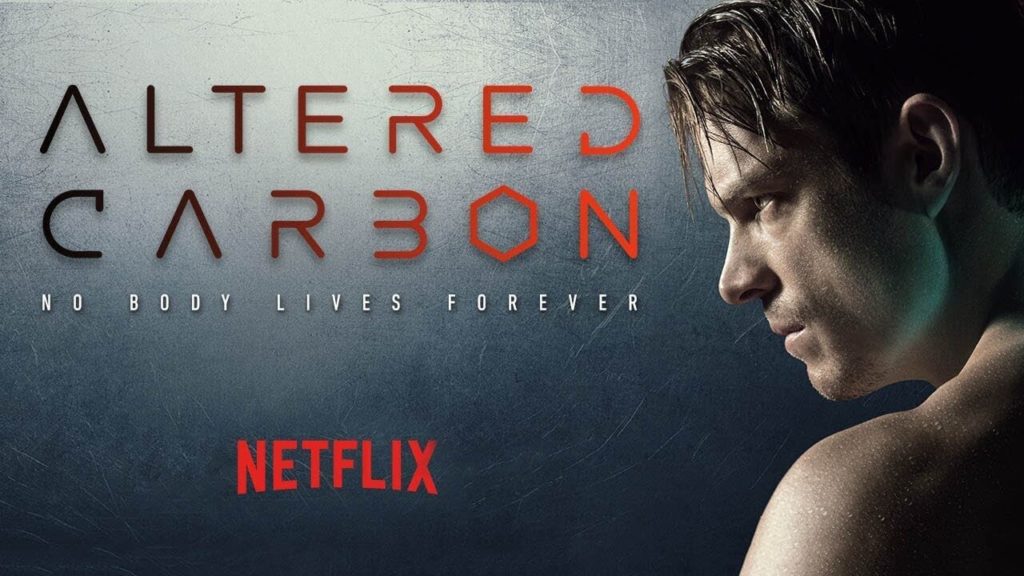 The first season with ten episodes was aired on Netflix on February 2, 2018, and the second season premiered on 27 February 2020. The story of season 2 starts 30 years after the epic conclusion of Season One. After searching for a different galaxy and planet-hopping, Kovacs (Anthony Mackie) is recruited back to his home planet of Harlan’s World. He also promised to find his lost love Quellcrist Falconer (Renée Elise Goldsberry). Watch the new season and find out Who is Quellcrist Falconer? 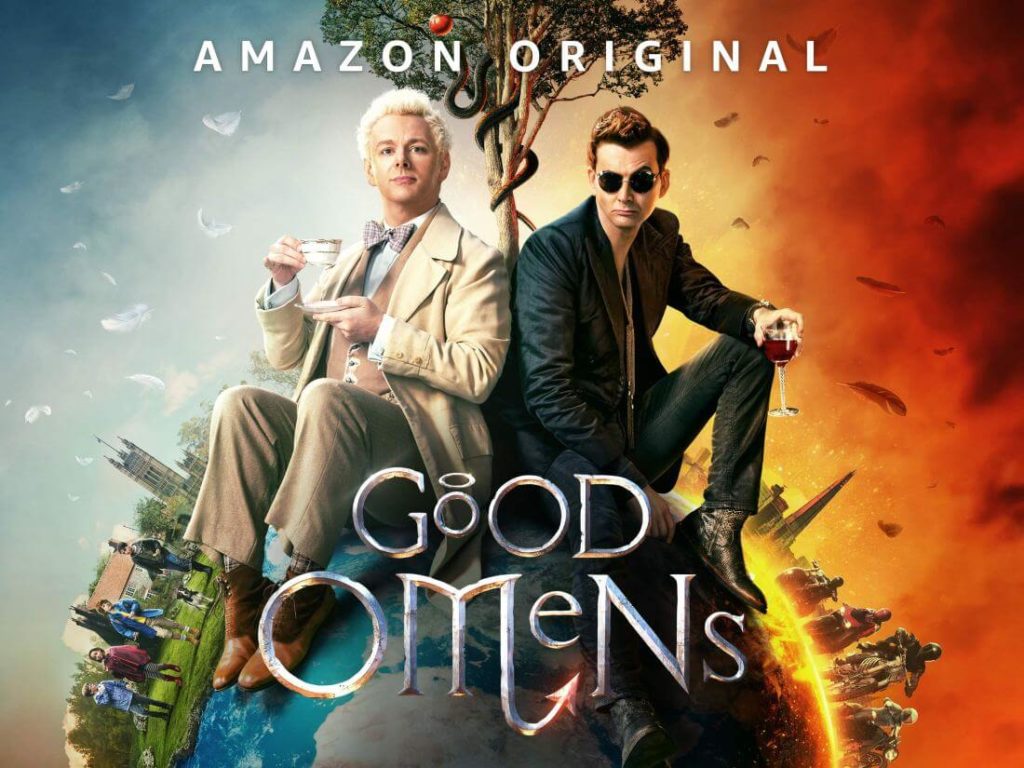 Good Omens is the television series based on the 1990 novel of the same name. The show follows the angel Aziraphale (Michael Sheen) and the demon Crowley (David Tennant), who are longtime friends. Both belief in life on Earth as representatives of Heaven and Hell. The showcast includes David Tennant, Richardson, Michael Sheen, Adria Arjona, Jack Whitehall, Miranda, Jon Hamm, Michael McKean, and Frances McDormand as the voice of God. 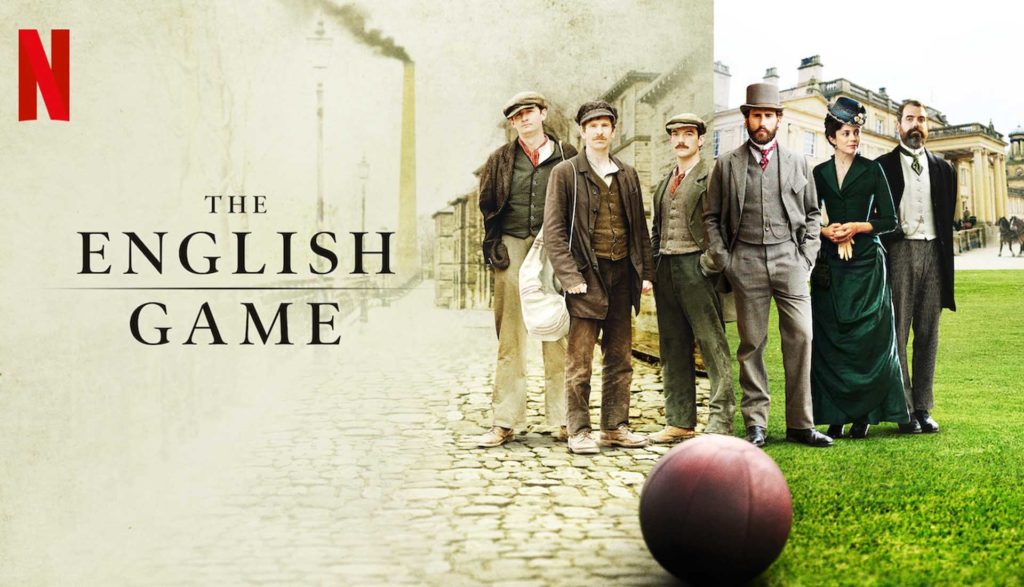 The English Game is Netflix’s latest release, developed by Julian Fellowes. It was released on 20 March 2020. It is roughly based on the beginning of professional football in England. Most of the part of the story is true, but also several elements are fictional. This show depicts the invention of the football game and how it quickly becomes globally popular. 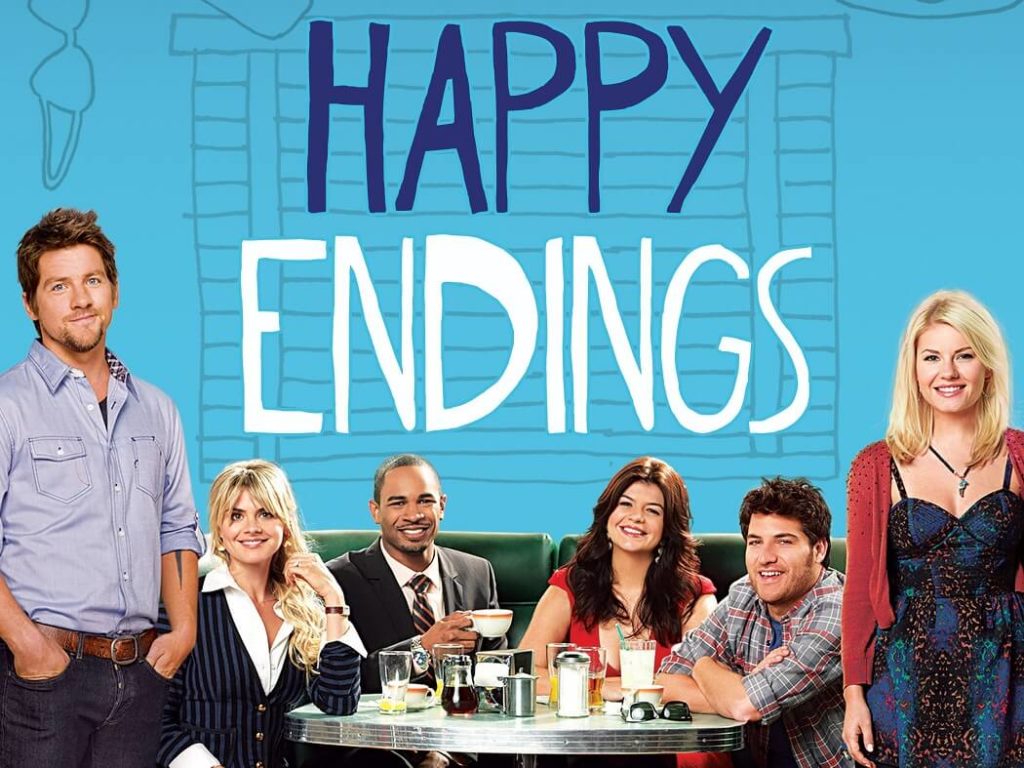 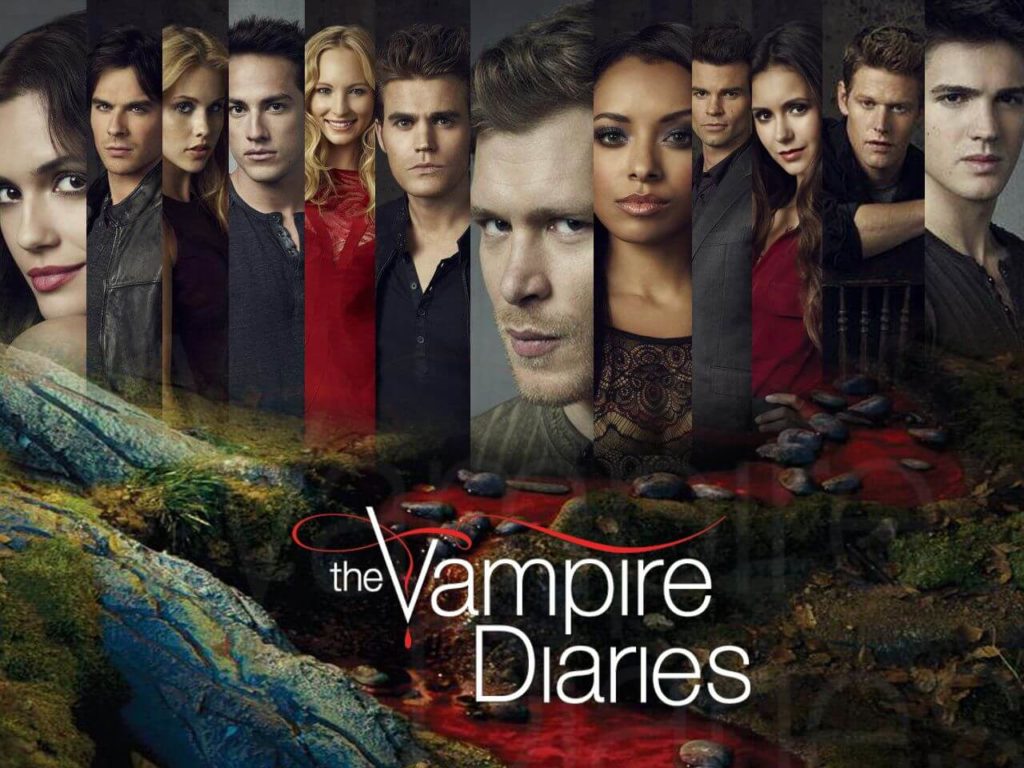 The Vampire Diaries is a supernatural teen drama television series created by Kevin Williamson and Julie Plec. It is based on the popular book series written by L. J. Smith. The whole series has 171 episodes over eight seasons, which aired from 2009 -2017. The series follows the life of Elena Gilbert (Nina Dobrev), who lives in a fictional town of Mystic Falls, Virginia. She later falls in love with a 162-year-old vampire named Stefan Salvatore (Paul Wesley). Stefan’s brother Damon Salvatore (Ian Somerhalder) plans to bring back their past love Katherine Pierce, who looks exactly like Elena. Later they face various villains and threats by other vampires, and both brothers protect Elena. This is an exciting story of a love triangle, and we’re pretty sure you’ll love it!! 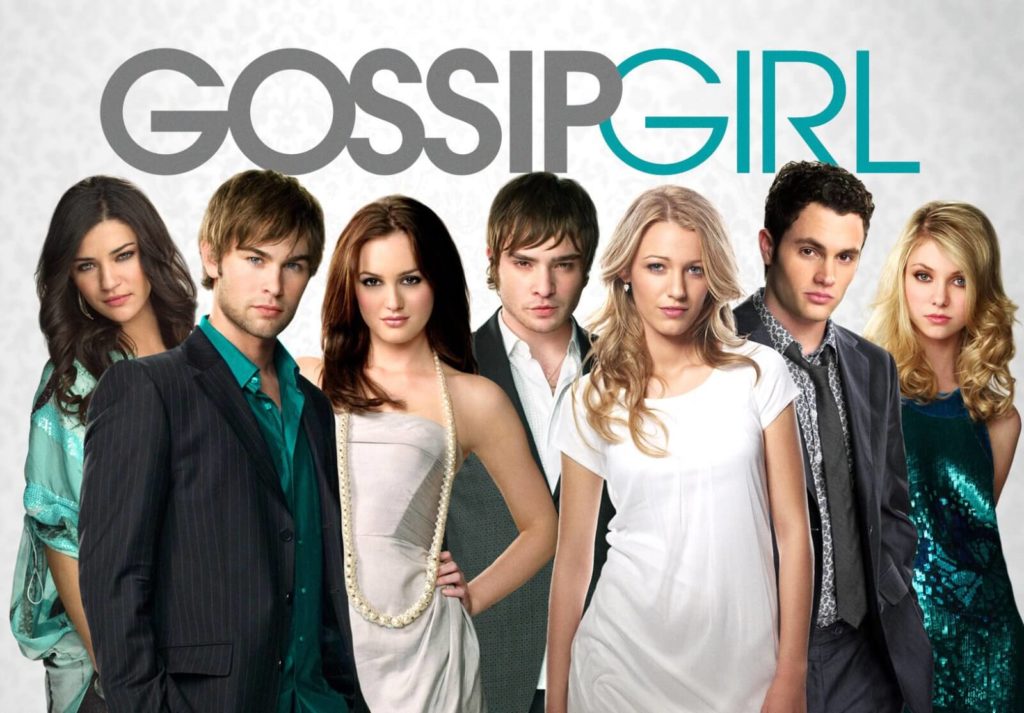 This drama is all about teenage school life, girls’ night in, and romance. This show runs from 2007-2012 with the total episodes of 121 and six seasons. Warning!! This is quite an addicting show. The series starts with the appearance of Upper East Side teenage “it girl” from a mysterious absence. Later in the series, she reunited with her mother Lily (Kelly Rutherford) and her old frenemy Blair Waldorf (Leighton Meester). The main characters are performed by Taylor Momsen, Chace Crawford, Ed Westwick, Matthew Settle, Jessica Szohr, and Kaylee DeFer. 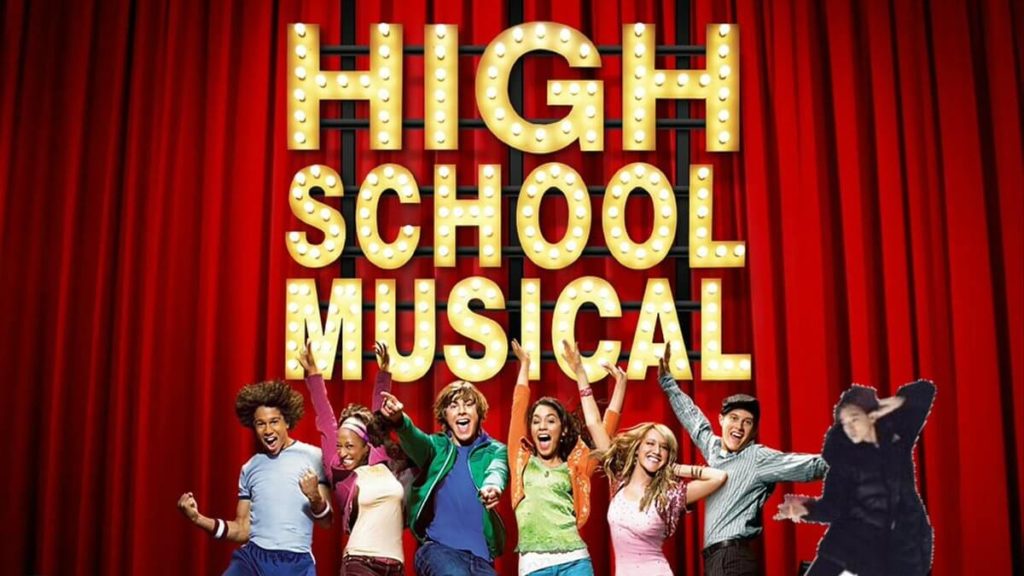 High School Musical: The Musical is the Disney+ series created by Tim Federle and inspired by the High School Musical film series. The story revolves around the East High School in Salt Lake City, Utah, that is putting on the stage musical version of the High School Musical movie. Miss Jenn, a former background cast member, starts work as the new drama teacher. She decided to stage this performance to celebrate the school’s affiliation with the original film. The students learn to solve and navigate their interpersonal relationships. And in the end, they all form bonds with each other and overcome all the challenges.

We are pretty sure that this is the entertainment for you to enjoy for at least two months. After the quarantine, all you have is time, right? So, support your government and save your country from the coronavirus pandemic by staying at home. We are pretty sure that the above list of best shows to binge-watch will surely keep you entertained and you’ll not feel bored at all while staying at home. So Stay inside, Stay Safe!!

Decision loss of motion is something that you could possibly have known about, however you'll...