Vinland Saga is a manga series from Japan. Author Makoto Yukimura has written and illustrated it and it is published by Kodansha Ltd, the largest publishing company in Japan.

For those of you who don’t know what manga is, it is a comic or graphic novel that has originated from Japan. There is numerous manga created in Japan and people love reading them. People of all ages from small to elder read the manga.

A General Overview of the Series

This series of adventure and the historical fiction genre was regularly published in the monthly manga magazine Monthly Afternoon after getting published in the Weekly Shonen Magazine for the first time.

This anime series has also been featured in English by Kodansha USA.

This anime series features the start of the 11th century and highlights the Vikings. Vikings were the people who belonged to southern Scandinavia (which is called Norway in present). They pirated and raided from their homelands to Iceland, Greenland, and Vinland.

The plot of this anime shows the power of King Cnut the Great who was the king of Norway, Denmark, and England, and the revenge story plotted by the historical explorer Thorfinn who wants to take revenge for his father’s murder.

The first season consists of 24 episodes developed by the Wit Studio which is an anime design studio and they are aired by NHK General TV. It was liked very much by the manga fans. The concept and the way it was presented was very much loved by the fans and the critiques and got very popular.

An Overview of the Characters 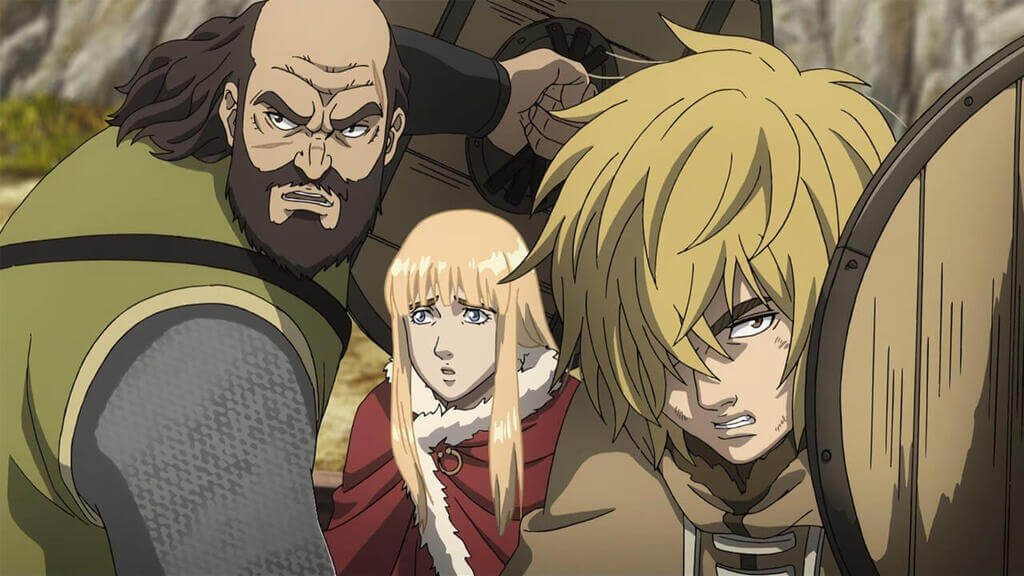 The following are the various characters shown in Season 1. 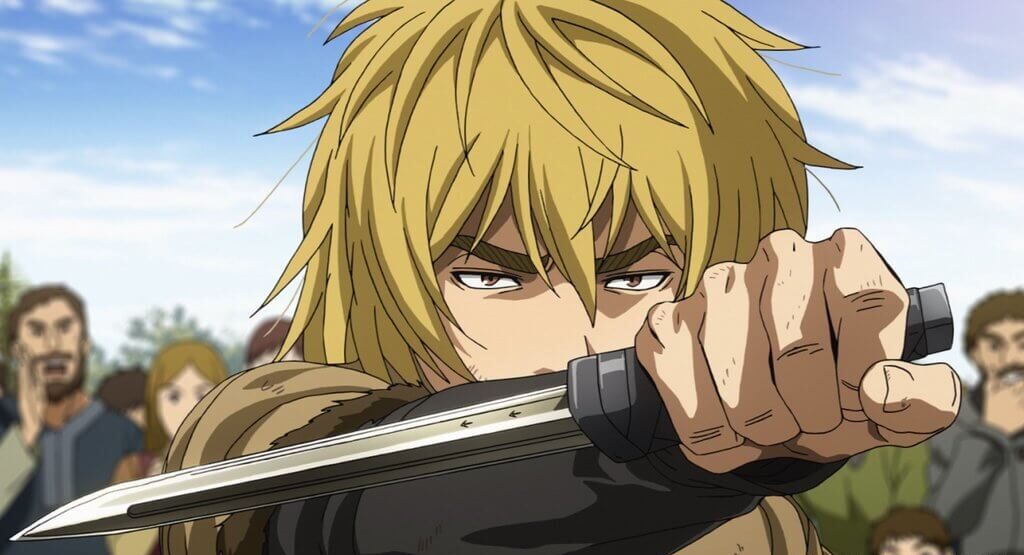 Thorfinn is the protagonist of the series and is based on the real-life explorer Thorfinn Karlsefni. He is set on the mission to take revenge for his father’s death.

He is a teenage warrior in Askeladd’s company. Askeladd is the same person who killed his father and he has decided to kill his commander in a duel.

He has earned natural talents from his father who was also a warrior. 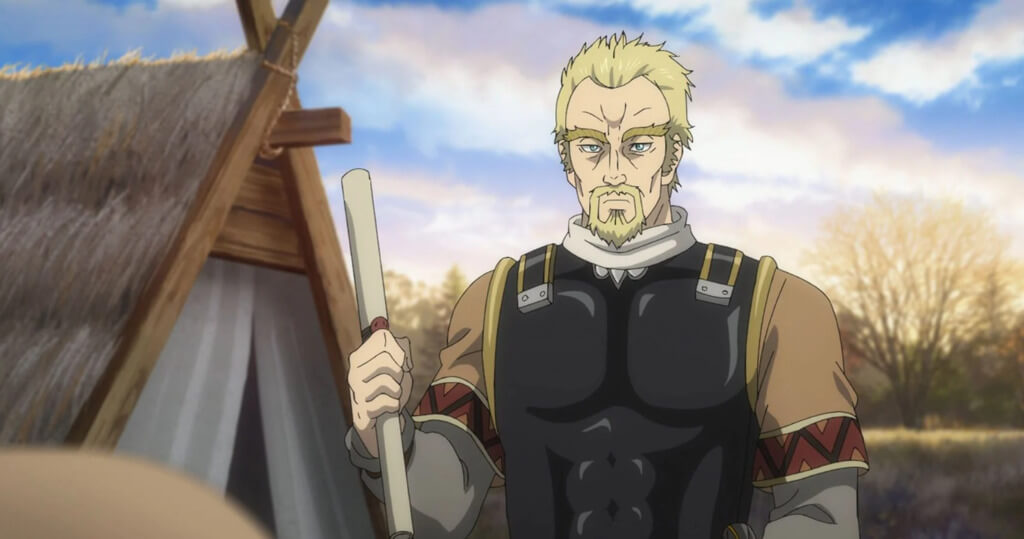 Askeladd is the commander of the Viking band and is very intelligent and sharp. He is the son of a Welsh princess and is half-Danish and half-Welsh. 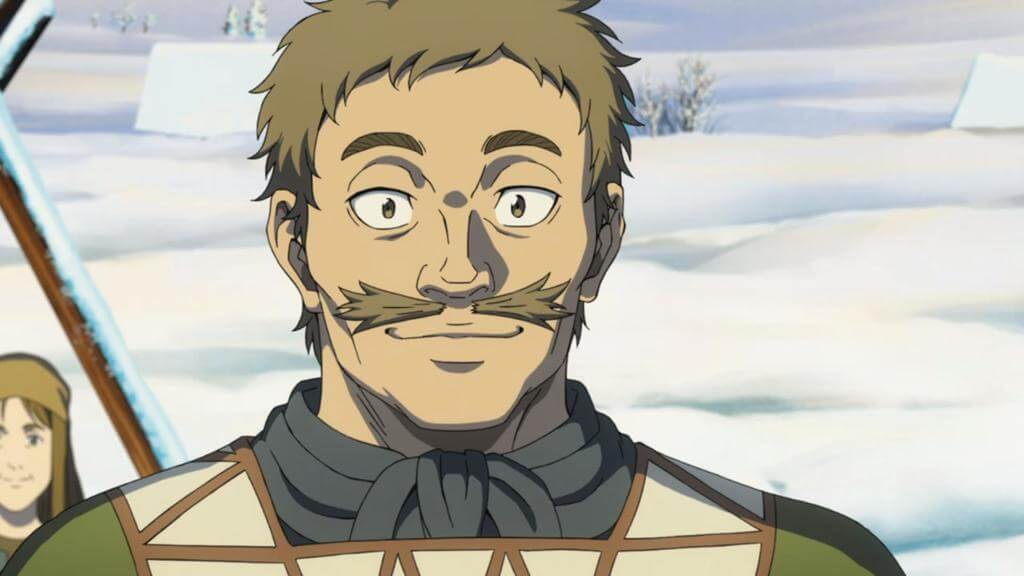 The character of Leif is based on the historical Leif Erikson. This explorer gets the credit for discovering the North American continent. 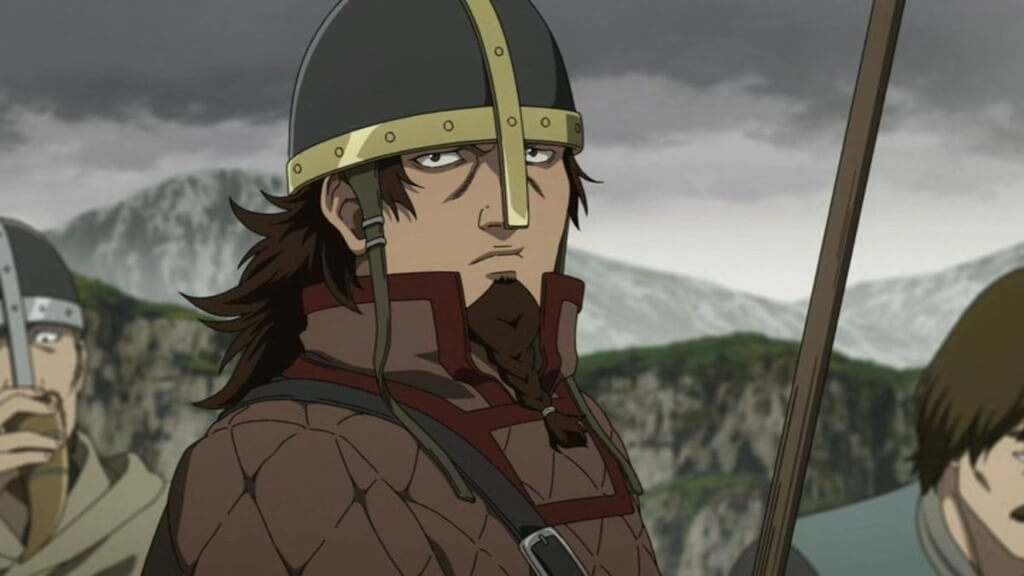 He is the second in command of Askeladd. He is a heavily built man fighting for the love of combat. His uncontrolled ferocity lets him enter powerful anger by consuming certain mushrooms. 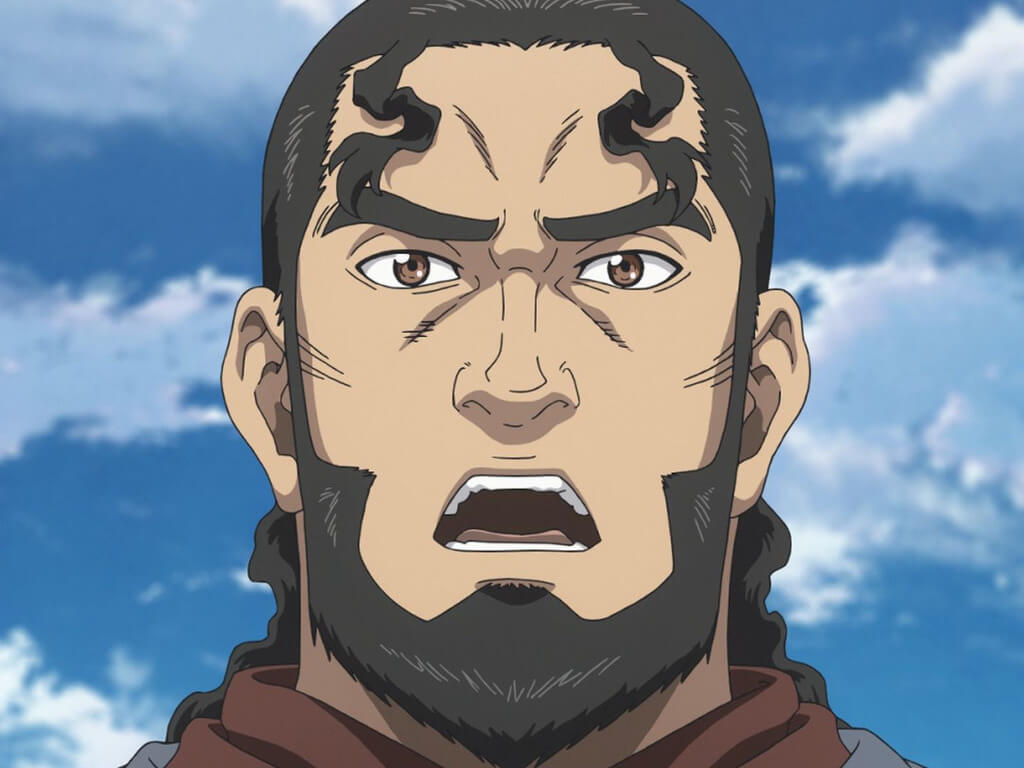 Thorfinn’s father is Thors who is a Jomsviking general. He was a wonderful warrior and he earned the epithet “The Troll of Jom”. He was worried about his family after his children were born so he decided to quit the battlefield and started farming. For this, he faked his own death on the battlefield and moved away with his family.

But it was later found by Jomsvikings about this and they forced him to return to the battlefield. Thors agreed to return back but before he can return, he was betrayed and assassinated. 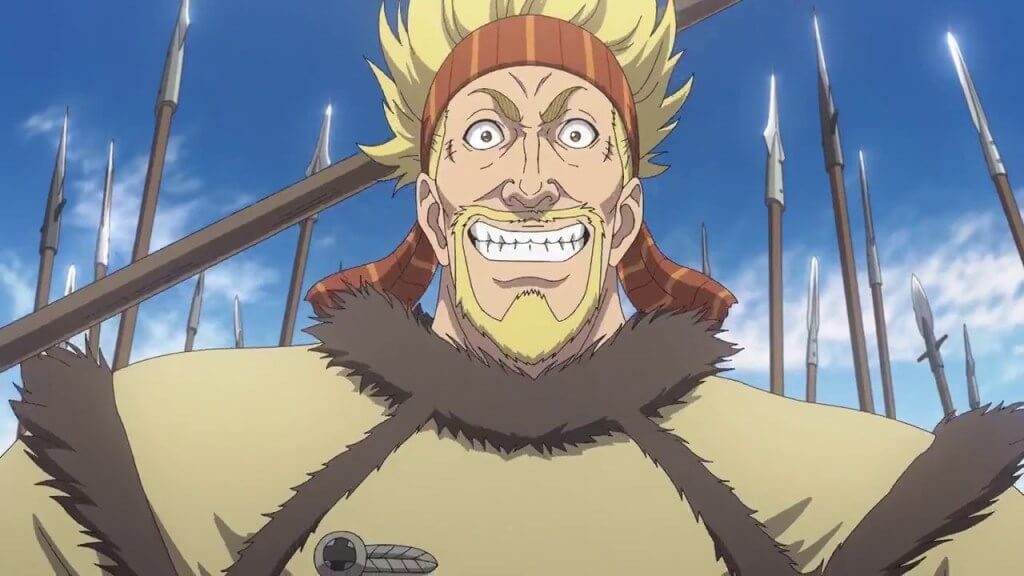 A Jomsviking general Thorkell is the brother of the Jomsviking Chief. He is a giant man who loves to fight. He wanted to have a challenge on the battlefield so becomes a mercenary for the English, leaving the Danish army as he thought would give him a real challenge to fight.

He worked with Thor and highly respected him. This strongest Viking warrior of the series uses a pair of axes on the battlefield. 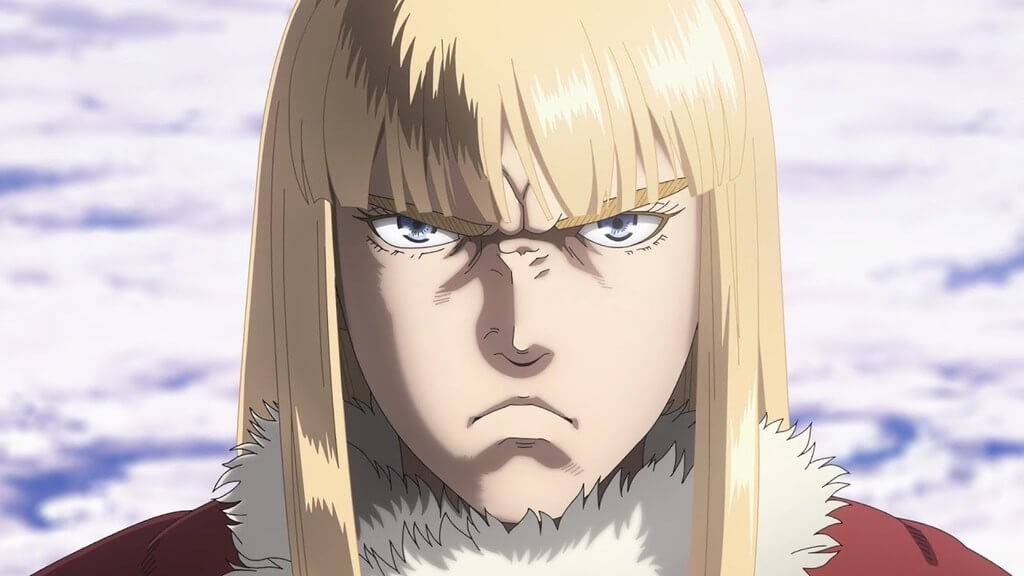 Canute is the prince of the Danes. Earlier, his personality is timid and womanly and is not able to fight without the support of Ragnar. But this changes with Ragnar’s death and he becomes strong, kingly, and sharp.

He develops an ambition to create a perfect place of happiness on Earth before God’s return. The character is based on the historical King Canute the Great who is considered one of the best Danish rulers of England.

When is Vinland Saga Season 2 Going to Get Released? 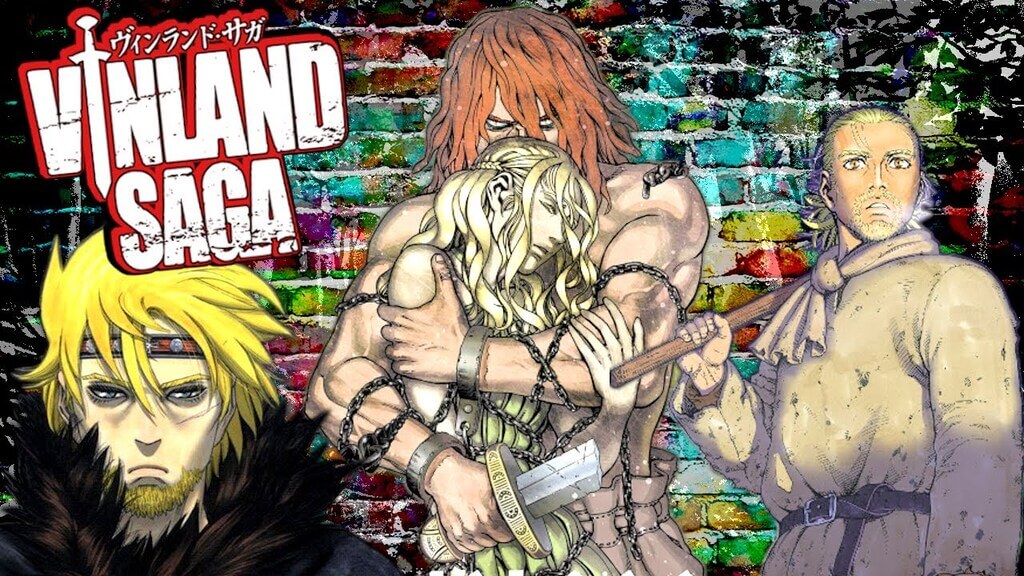 After season 1 getting so much popular, it is obvious that the fans would be waiting for the next season and want to know when it is going to get released?

It is expected that season 2 will be released in 2021, the month, and the date is not yet confirmed. There was a delay in the production of the season due to the coronavirus pandemic so let’s hope that as the restrictions have got lightened in the country, the production work will be continued and the season will get aired asap in 2021.

But still, we can’t expect the Vinland saga anime release date to be set before mid of the next year.

Any Speculations for the Plot of Season 2? 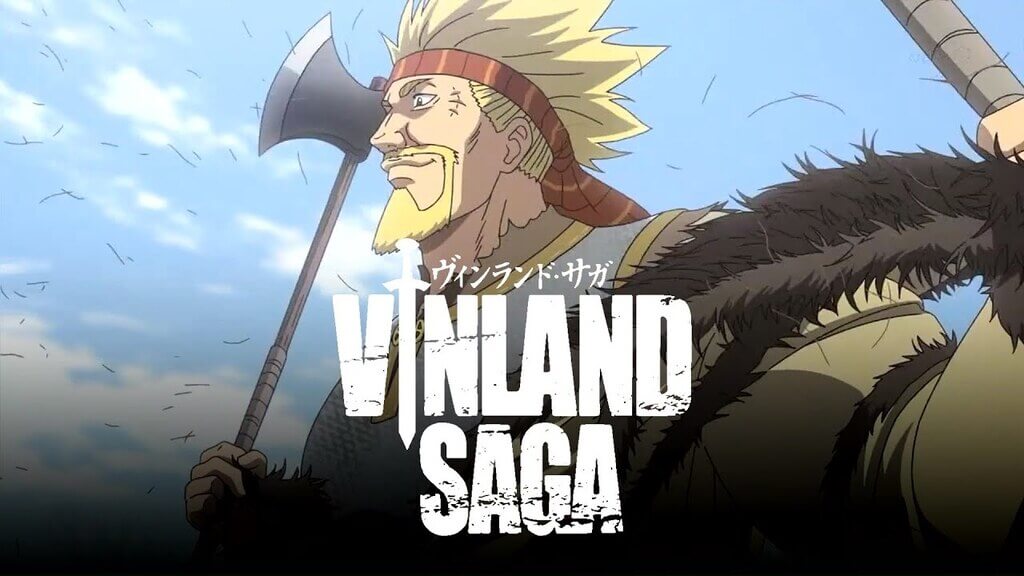 Not really as the team hasn’t released any teaser or anything for season 2 so it is hard to provide you any information about the same. Season 2 will most probably continue the storyline from where it left in the previous season and Thorfinn will continue on his path to fight with his enemies and emerge victoriously.

Let’s see what climax scenes and adventurous plot the team is going to create for this season to make it very much interesting.

Where Can I Watch Season 1? 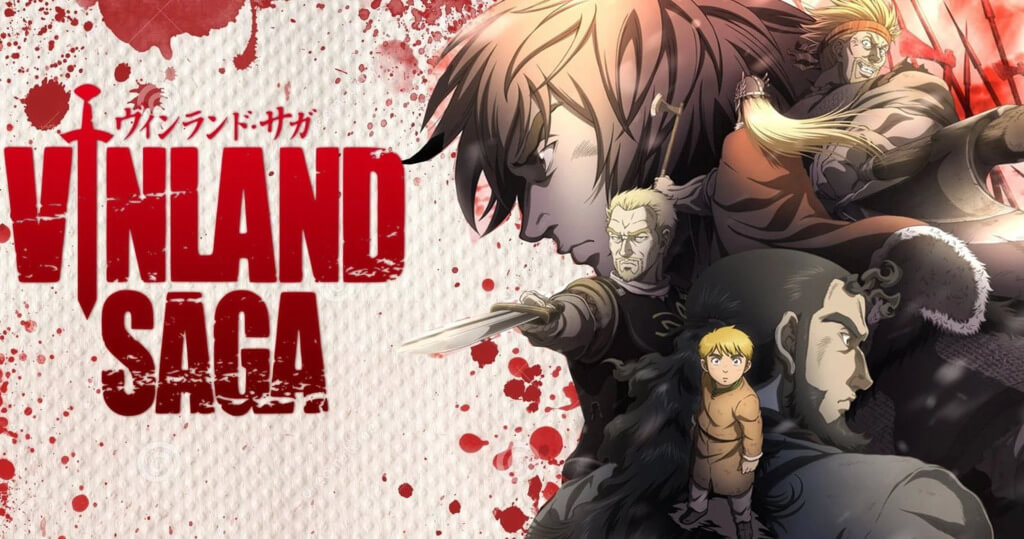 If you haven’t watched season 1 then you can still watch it from Amazon Prime. Just take a subscription to Amazon prime and watch all the 24 episodes seamlessly.

You won’t understand season 2 without watching season 1 so just watch it out in the time when season 2 gets officially released. Till then, let’s wait and watch for the directors to come out in a press conference and reveal the official date for the release.

There are many anime series such as HunterxHunter, Black Bullet, Attack on Titan, and many more that you can watch if you haven’t yet. They are equally good and you will enjoy watching them.

3 Important Tips For Maintaining The Internet Of Things Security

IoT is very much in trend these days. But, before getting too much acquainted with...