The year is about to end, and we are all ready to embrace new opportunities, challenges, and perspectives on life. But before we begin a new year and a new chapter of life, there’s always something to look at in the past and cherish for its greatness.

Similar to Spotify wrapped, Google Trends has released “Year in search 2022” to showcase the most popular terms people have searched for on Google.

If you love to watch movies, there’s no wonder you would too have been thinking about the most searched movies on Google in 2022 and to watch them, if you haven’t already! Though there will be many of Google’s most searched movies in the world, we’ve covered the top 10 for you to get a quick glimpse and plan your movie time accordingly – anyway, who doesn’t like watching great and popular movies on weekends, right?

As there are hardly 3 weeks to go for the upcoming year, ensure to tick off the whole list of most searched movies on Google in 2022 so that you don’t have to look dumb when someone asks you about these popular movies of 2022.

Google’s Most Searched Movies in the World: 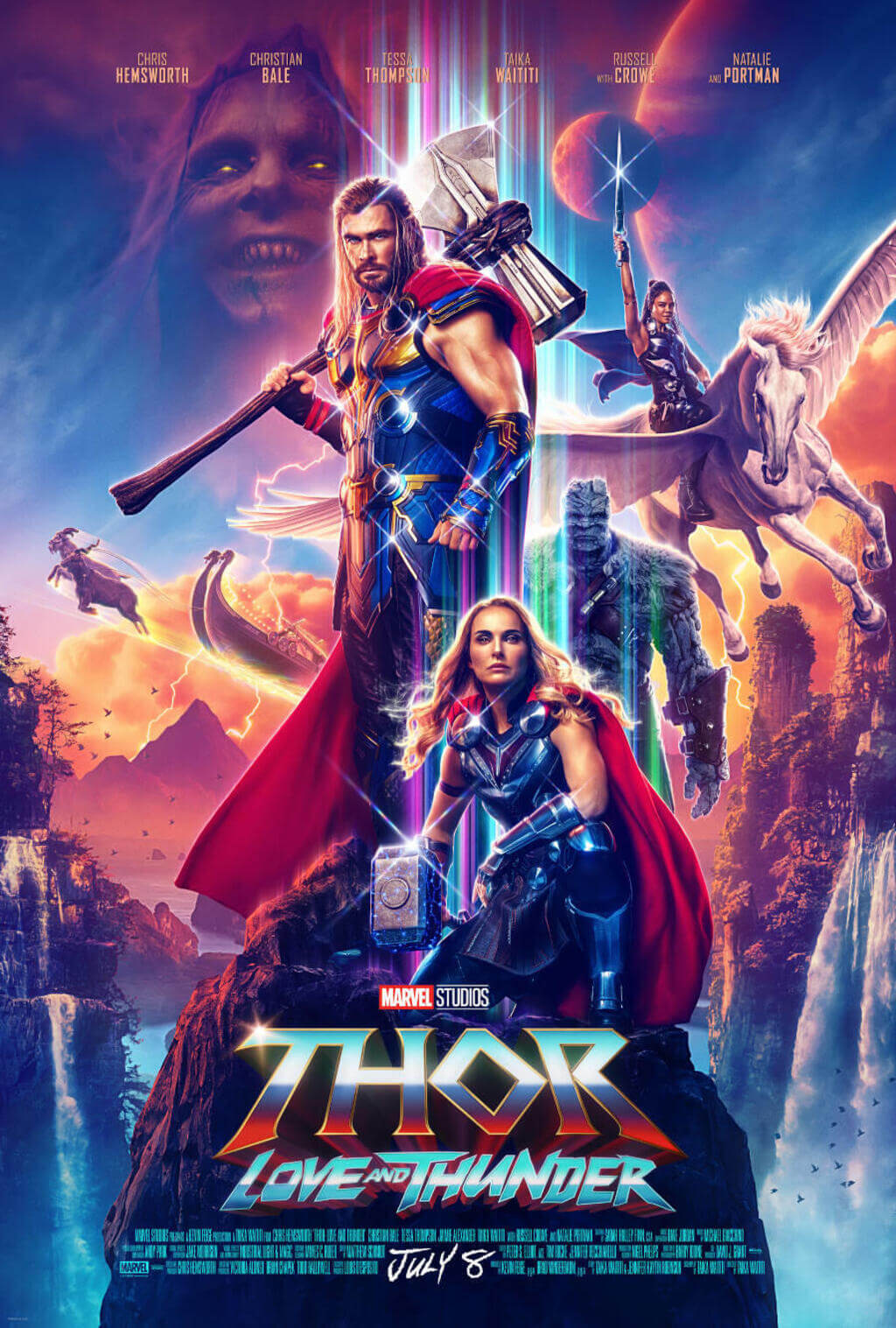 The first in the list of most searched movies on Google in 2022 is none other than “Thor: Love and Thunder.” Directed by Taika Waititi, the movie has mixed reviews from audiences, fans, and critics.

The story plot is about the character who decides to get on the path of inner peace, but the re-entry of his ex-girlfriend, ex-hammer, and a maniacal killer acts as a hurdle. Nonetheless, the movie failed to get the same enthusiastic response from the audience compared to its predecessor Thor: Ragnarok. 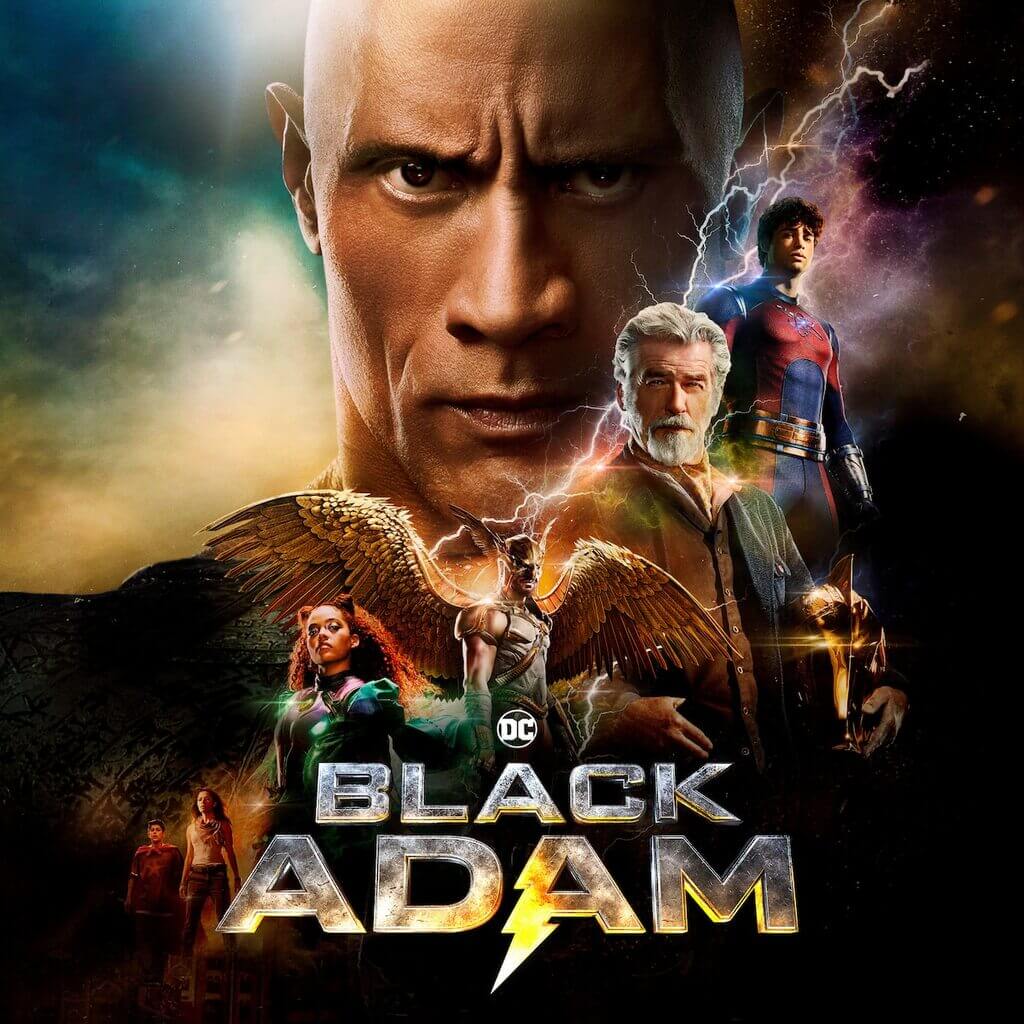 The second in the list of Google’s most searched movies in the world is Black Adam. Directed by Jaume Collet-Serra and having a cast of Dwayne Johnson, Aldis Hodge, Pierce Brosnan, and Sarah Shahi, the movie revolves around a character who was the champion of the ancient city of Kahndaq and delivery his brand of brutal justice when he wakes up after 5,000 years.

The character is very realistic as he is neither a hero nor a villain. Though the movie didn’t earn much name recognition at the box office and with critics, audiences loved Johnson’s violent antihero character. 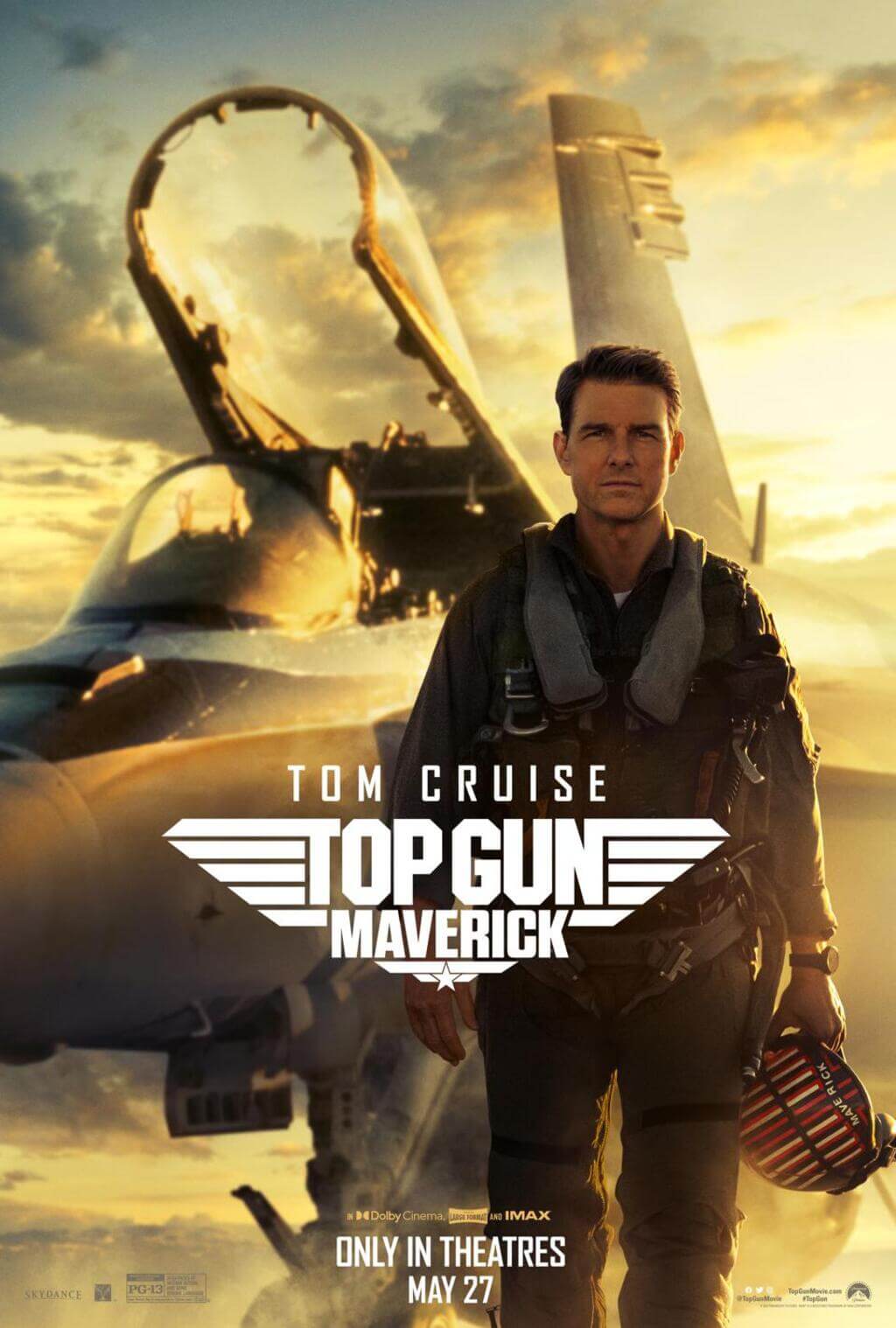 No wonder “Top Gun:  Maverick” made it to the most searched movies on Google in 2022! Directed by Joseph Kosinski, the movie perfectly combines Tom Cruise’s flying fighter planes and a nostalgic story plot.

The cast of Tom Cruise, Miles Teller, Jennifer Connelly, and Val Kilmer successfully made more than $1 billion mark at the box office after the original release in 1986. 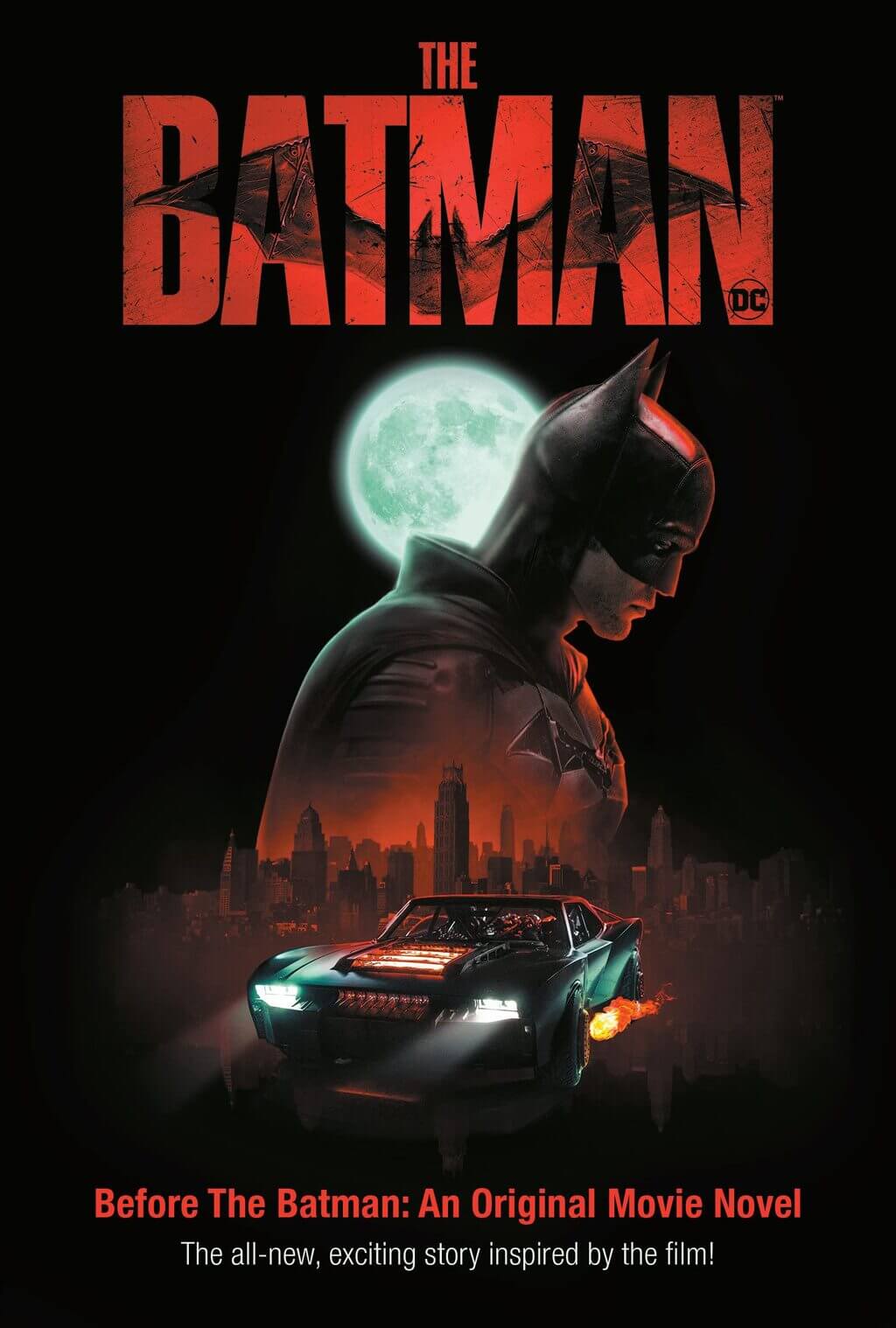 The next in the list of most searched movies on Google in 2022 is “The Batman.” The movie started creating buzz from the date of the announcement. Directed by Matt Reeves, the Batman character is more noirish and gritty unlike the previous iterations of the character. 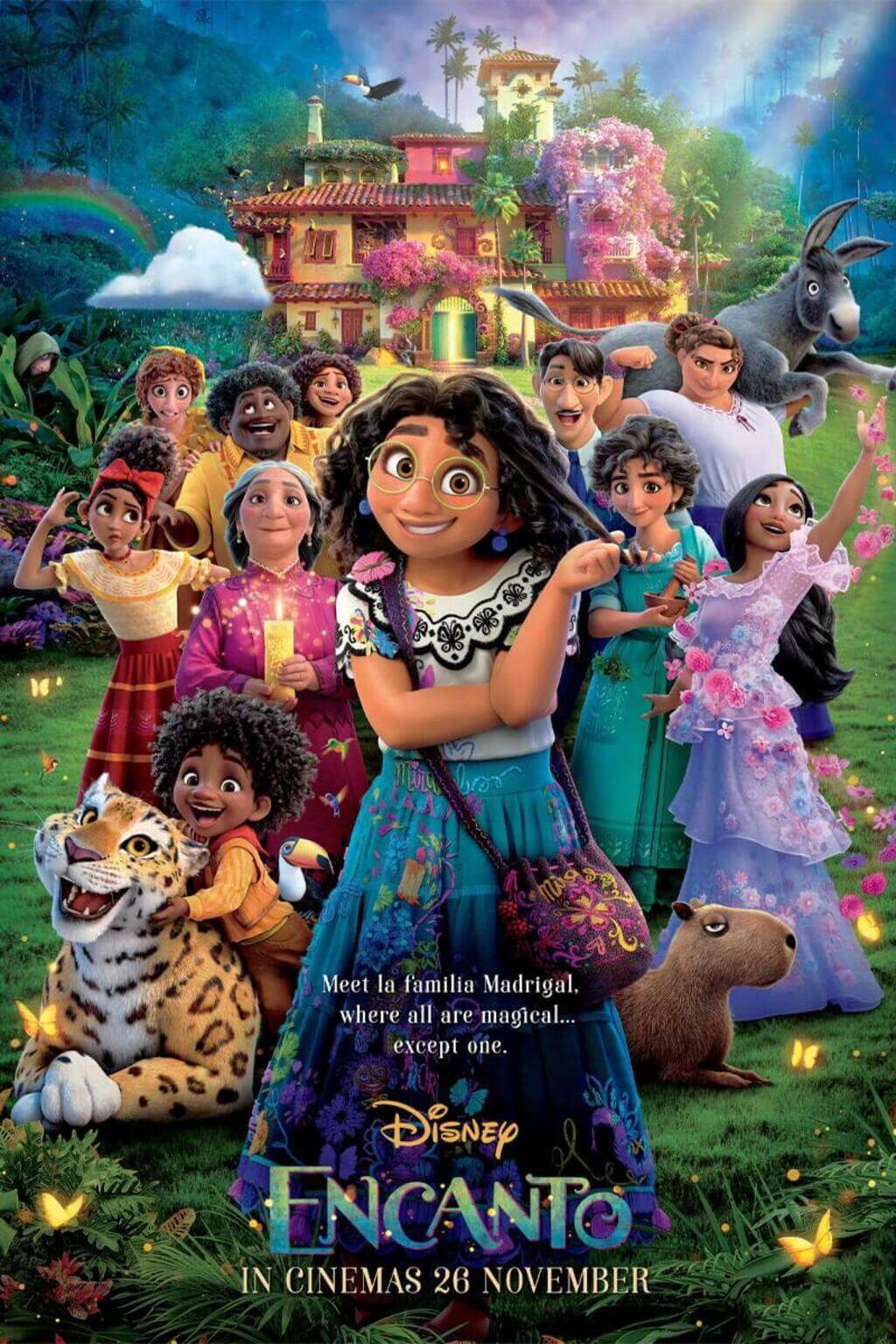 Encanto ranks 5th in Google’s most searched movies in the world. The movie is a Walt Disney Animation Studios venture directed by Byron Howard and Jared Bush. Not only kids, but Encanto also didn’t fail to win the hearts of adults too. The cast includes Stephanie Beatriz, Wilmer Valderrama, Sarah-Nicole Robles, John Leguizamo, and Alan Tudyk.

The story revolves around a multigenerational Colombian family with magical gifts to serve the Encanto community. With its amazing story plot, Encanto continued to be in the top searches in 2022, even though it was released in 2021.

The movie has won three Academy Award nominations with its diverse characters, music, and heart-touching story. 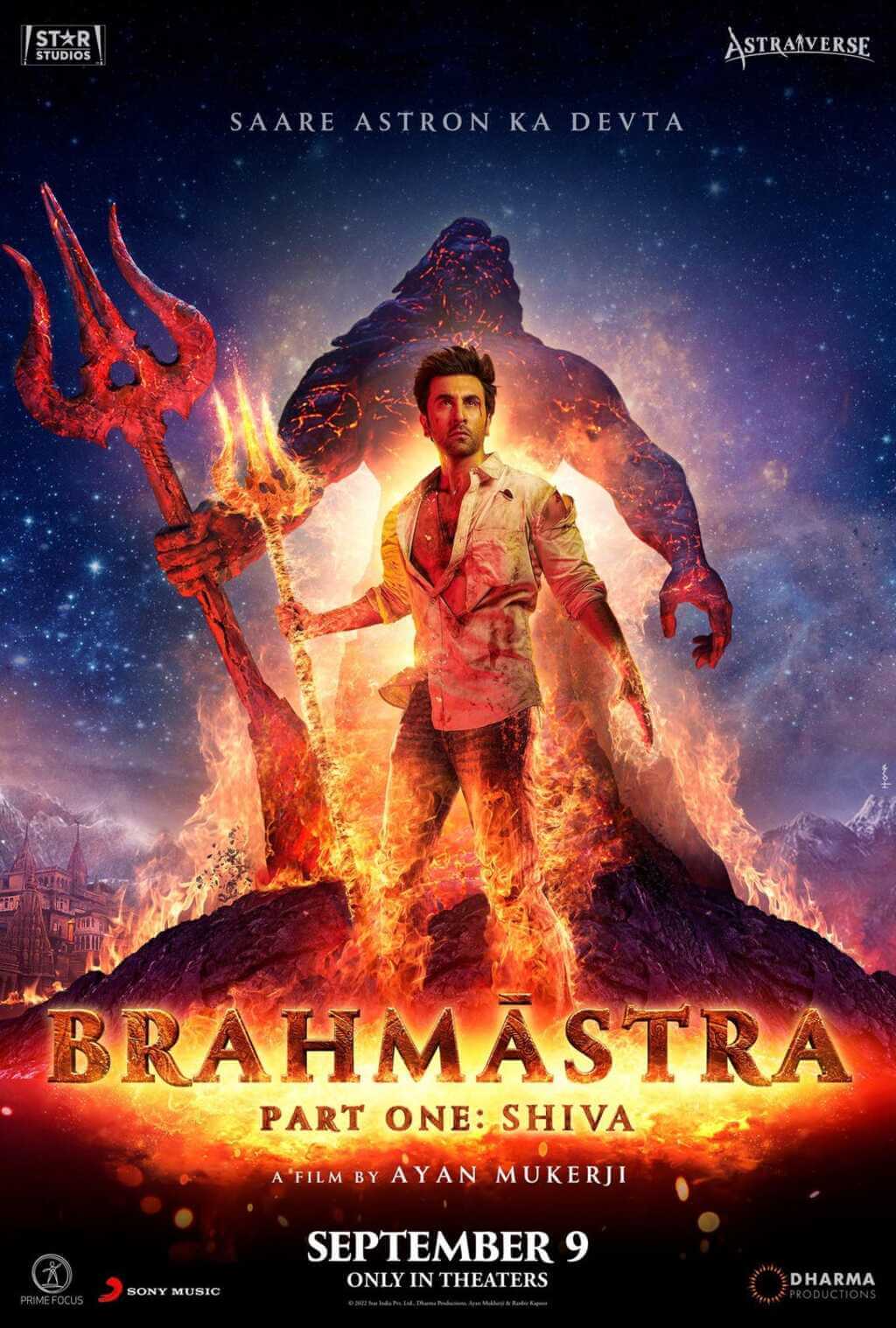 The next in the series of most searched movies on Google in 2022, Brahmastra: Part One – Shiva is directed by Ayan Mukerjee. The cast includes Ranbir Kapoor, Alia Bhatt, Amitabh Bachchan, and Mouni Roy. As the name suggests, the movie is the first part of the trio series.

Though there were multiple controversies before the movie’s release, the movie made it above ₹400 crores at the box office. 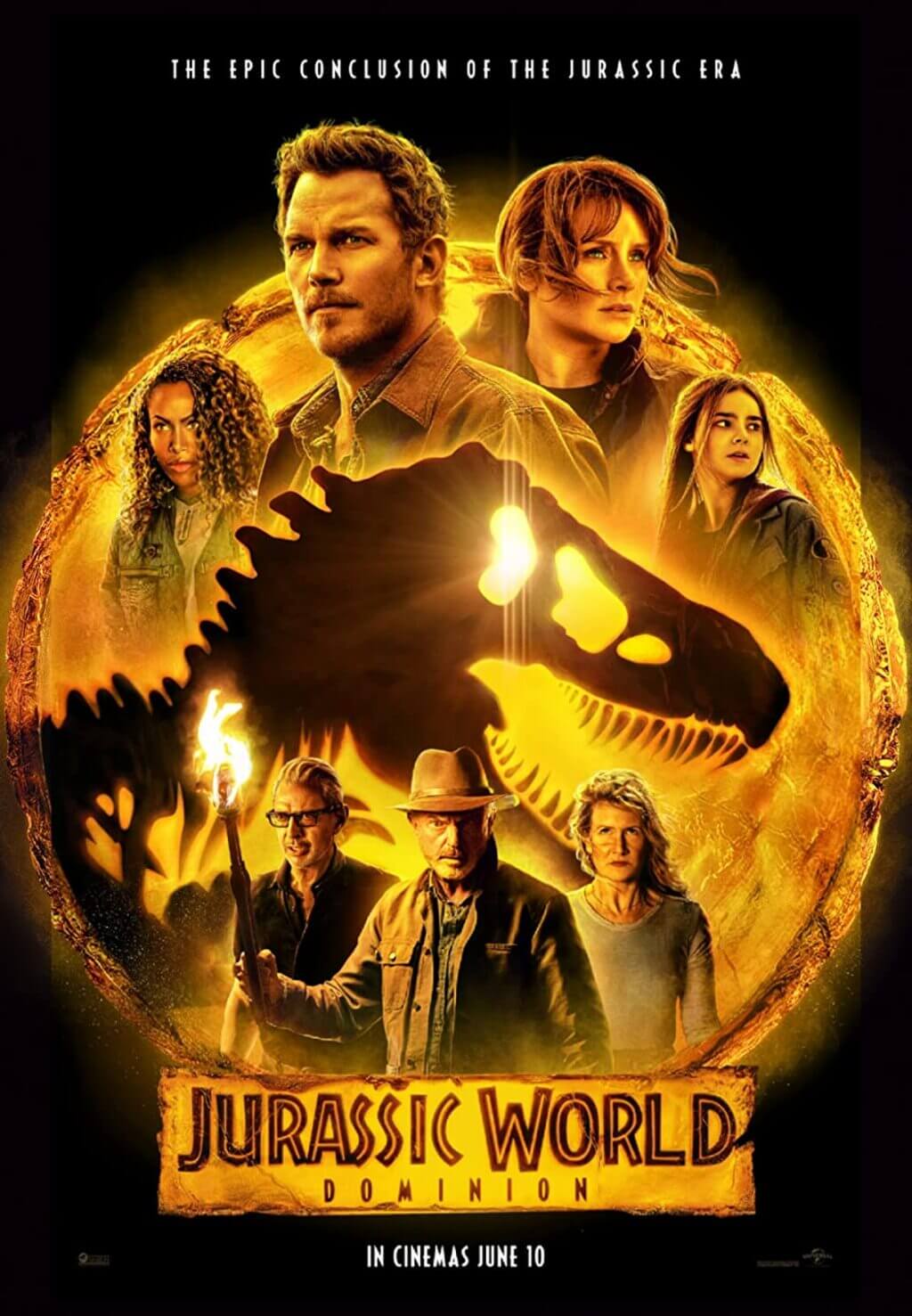 The movie was the last chapter of the Jurassic World saga and made more than a billion dollars at the box office. 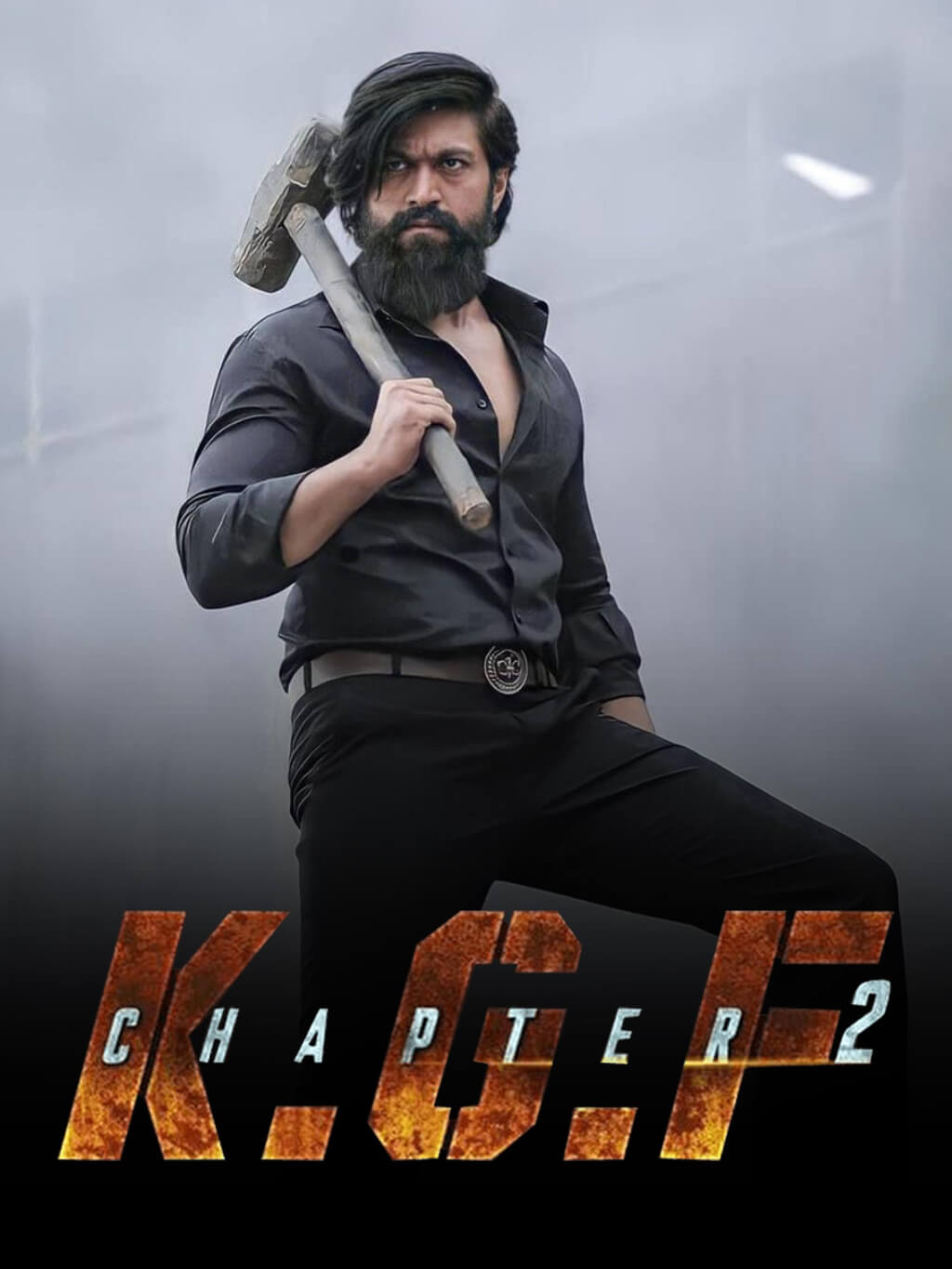 K.G.F: Chapter 2 is the next in the list of most searched movies on Google in 2022. It is a South Indian movie containing machismo, action, and epic drama. Directed by Prashanth Neel and starring Yash, Srinidhi Shetty, Sanjay Dutt, and Raveena Tandon, the movie is one of the highest-grossing Indian movies of 2022, with global earnings of over ₹1200 crore. As the name suggests, the movie continues the K.G.F: Chapter 1.

Also Read: Who Is the New Black Panther in Wakanda Forever? Marvel Revealed 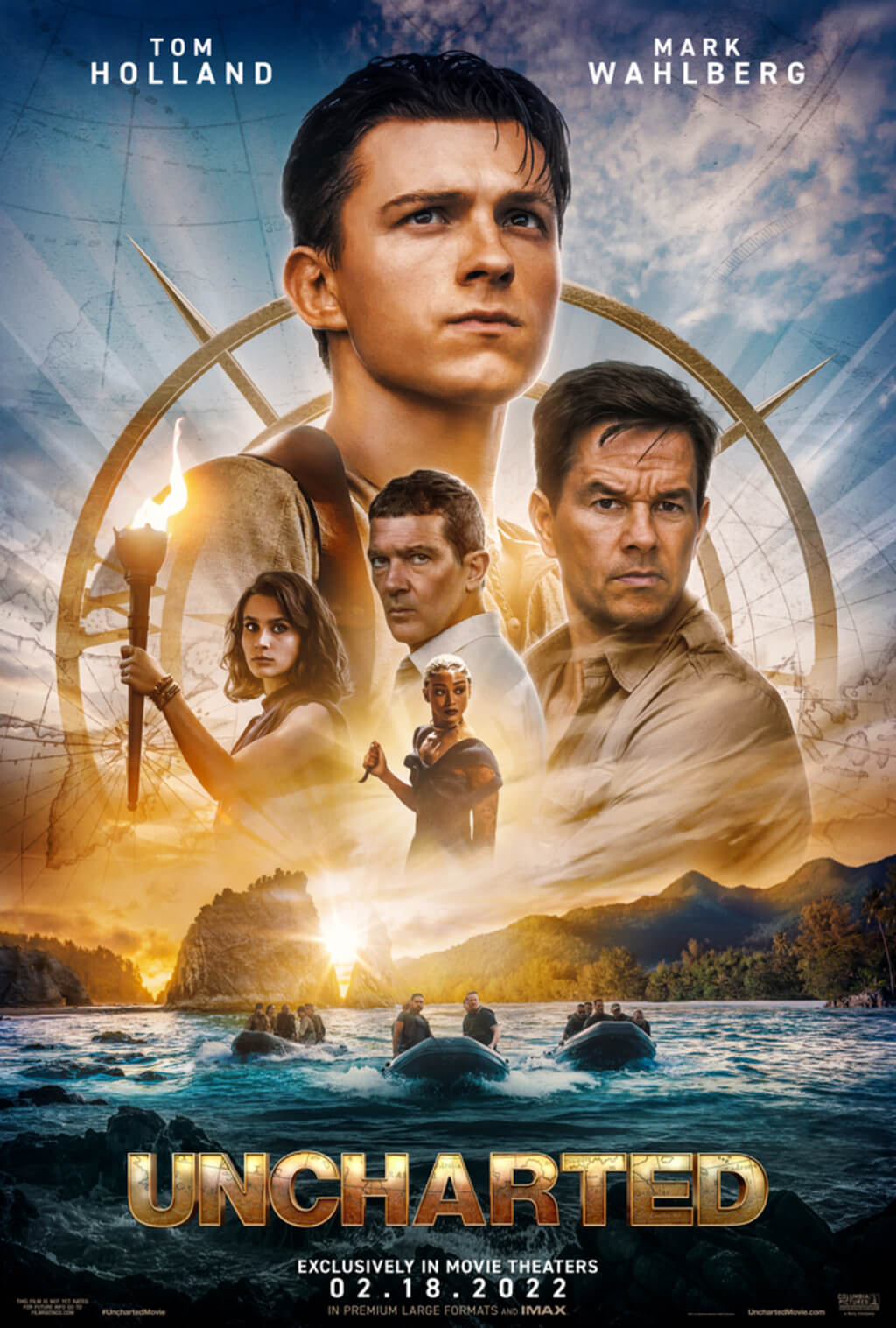 9th top Google’s most searched movies in the world, Uncharted is an adaptation of the popular PlayStation game wherein the character follows two treasure hunters to recover a 500-year-old fortune.

The movie is directed by Ruben Fleischer and stars Tom Holland, Mark Wahlberg, Sophia Taylor Ali, and Antonio Banderas. Nonetheless, the movie was criticized by some people for the adaptation of the PlayStation game. Overall, it was a fun action-adventure blockbuster.

The movie stars Jared Leto, Matt Smith, Adria Arjona, Michael Keaton, and Tyrese Gibson. The movie was Sony and Marvel’s attempt to grow the Spider-Man universe, but it seems that movie didn’t get much good a response as expected. 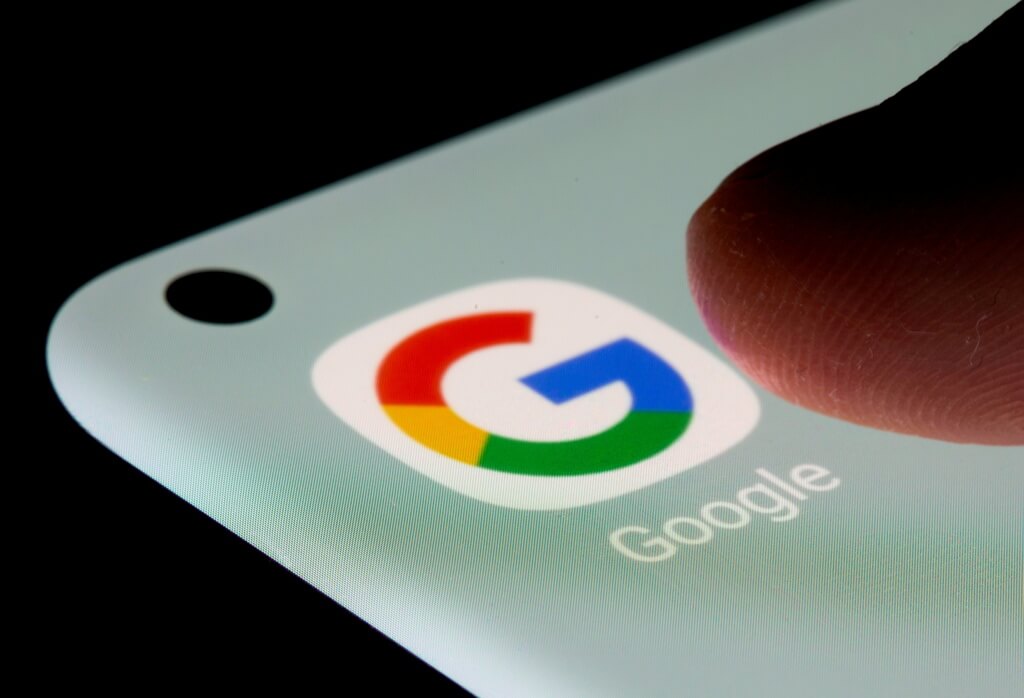 Being a movie lover is no less than living a dramatic life while expressing your views on a movie and building a rapport with like-minded people. How many of these movies have you already watched? How many are you planning to watch now? Was your favorite movie of 2022 on the list? Let us know in the comments; we would like to hear your thoughts!