Games have always been one of the most enjoyable and enthralling aspects of a teenager’s life. The excitement behind the pixels of the computer screen and controlling the character is a surreal feeling. People play games like their life is at stake, and that’s what makes the games special. There are thousands of games worldwide, but very few of them are as engaging as the Halo timeline.

Had Halo been just a simple game, going through its sequence of drops would be easy. Consequently, the halo timeline games are a product of the comics, movies, and books that complement the game. Consequently, with so many games and comics, it is natural for gamers to find themselves in a state of confusion concerning the halo games timeline. Following is a list of halo games in chronological order that will make your struggles of discovering the Halo infinite time a little less. 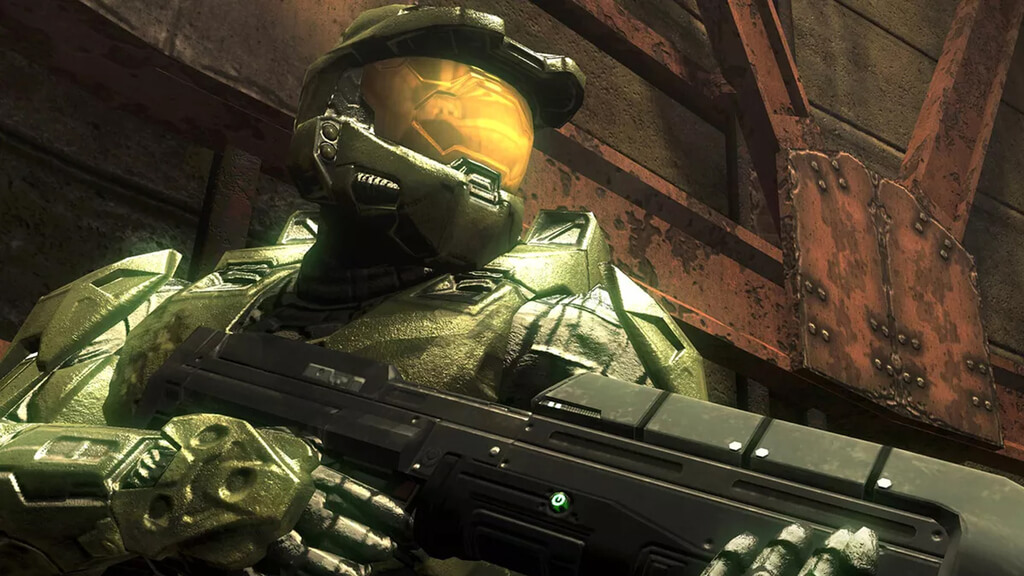 Released on 15th November 2001, Halo- Combat Evolved is the first release of Halo timeline games. Regarding the list of developers for this game, Gearbox software did it for PC, with Westlake Interactive for Mac and Bungie in the fray. This game can run on Xbox, Windows, and Mac OS x.

Initially, it was only for Xbox but later extended to windows and macOS in 2003 owing to huge demands. As expected, the first installation of Halo appeared to be a bomber of a game that gained immense popularity among the masses. It made the game a gold standard for FPS games. The split-screen implementation made this game a product of vision as this was a development quite ahead of time. Playing it with friends was the best option.

The game’s plot revolves around the 26th century, where the human race engages in a battle with the collective alien race called Covenant. Your job as the Master chief is to prevent them from finding earth with the help of AI Cortana.

The second instalment of Halo made its release on 9th November 2004. Bungie was the sole developer behind this game that would work on platforms like Microsoft Windows, Xbox Console, and Xbox One. Initially, this game was available for the original Xbox Console, which later extended to Microsoft Windows and Xbox One. The second game received a great reaction via all-time best sales during that time. A huge part of its success depended on the popularity of the first instalment that it was riding on.

A competitive multiplayer mode along with an exciting storyline met the expectations of the gamers. The second instalment is a continuation where you have control over Master chef, who, with the help of Arbiter- a covenant elite tried to fight the Covenant away from earth. The multi-viewpoint of the game, along with multiplayer, was a boon for the gamers.

Halo 3 came after three years on 25th September 2007, through the hands of developer Bungie.

Unlike the first two instalments, Halo 3 is suitable only for Xbox One and Xbox 360. The third instalment rode on the success of the first two games, guided by a strategy to garner the gamers from the then newly-released Xbox 360. Halo 3 came with an added ranking system along with map packs that received an update. Such additions increased the glitter of the Multiplayer section.

Initially, the game was released on Xbox 360 and later got shared in Xbox One and Microsoft windows. The game’s storyline depicts the continuous war between chief and Covenant, with a condition of a flood. Creating hindrances for finding the arc and preventing the ring from reaching activation are your primary goals. 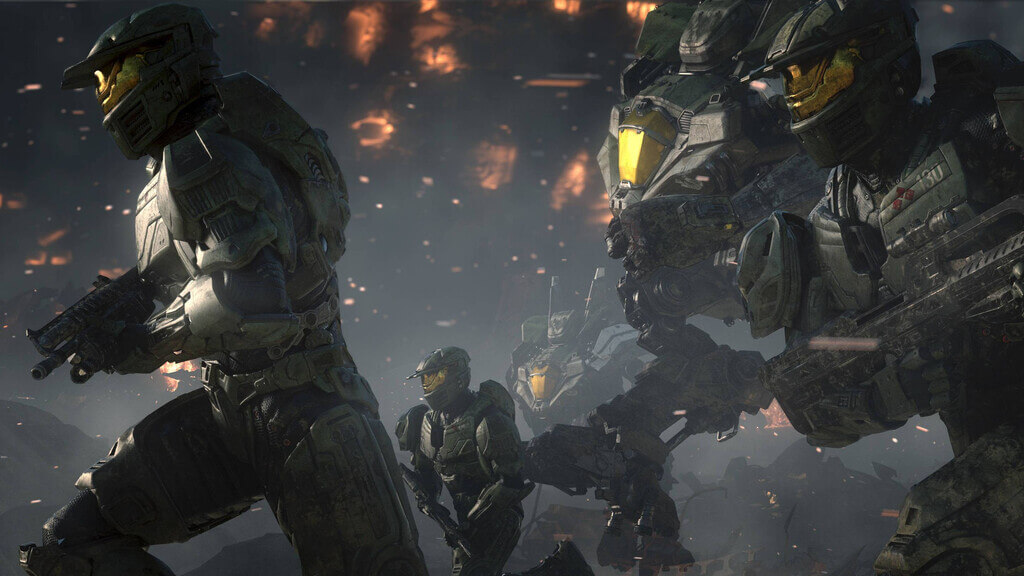 Halo Wars came as the fourth instalment on 26th February 2009, developed by Ensemble Studios. Xbox One, Xbox 360, and Microsoft Windows are the platforms supporting this game. This game was an example of change by the franchise, where there was a shift from FPS strategy to Real-time strategy. A real-time strategy allows you to exercise control over the whole army instead of just the master chief. The development team also witnessed a change with Ensemble studios taking over from Bungie, though for this title only.

The storyline of the game dates back to two decades before the first instalment got released. Halo wars show the initial confrontation between humans and Covenant and clears the air on gamers’ doubts. 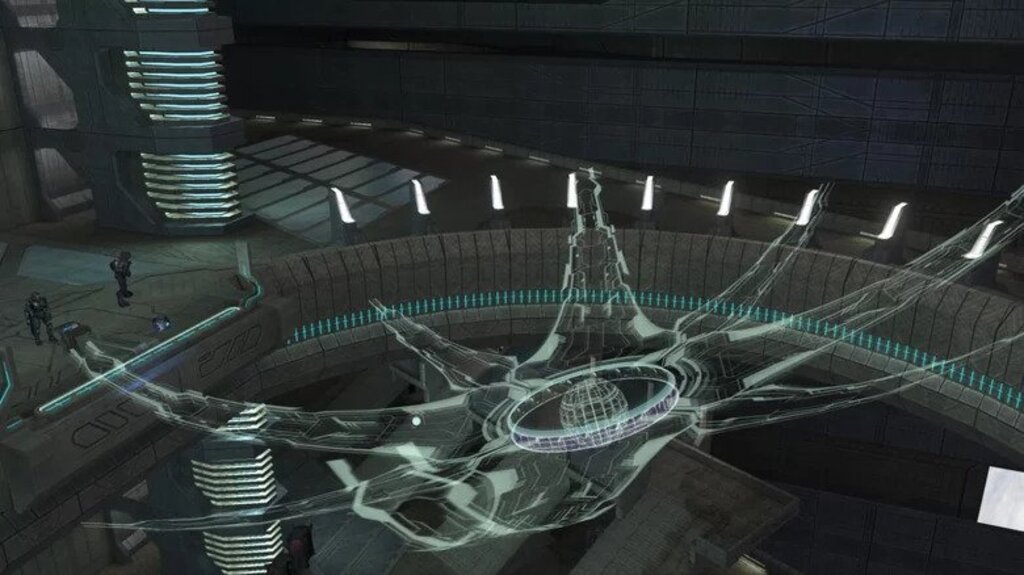 Halo 3: ODST was an expansion to Halo 3 that came on 14th September 2009. Bungie developed this game for Microsoft Windows and Xbox 360, which revealed that the franchise slowly awakened Master chief. The game took a step to the FPS shooter approach, primarily focusing on five ‘orbital drop shock troopers’ (ODSTs) instead of Master chief.

This game allowed the gamers to have fun in the city of Mombasa and know what happened to their teammates. Microsoft gained the most as Halo 3 came in two CDs- the first sported single-player, while the second portrayed a multiplayer version of Halo 3. Firefight mode was a new addition that allowed 4 fighters to restrict the waves of Covenant. 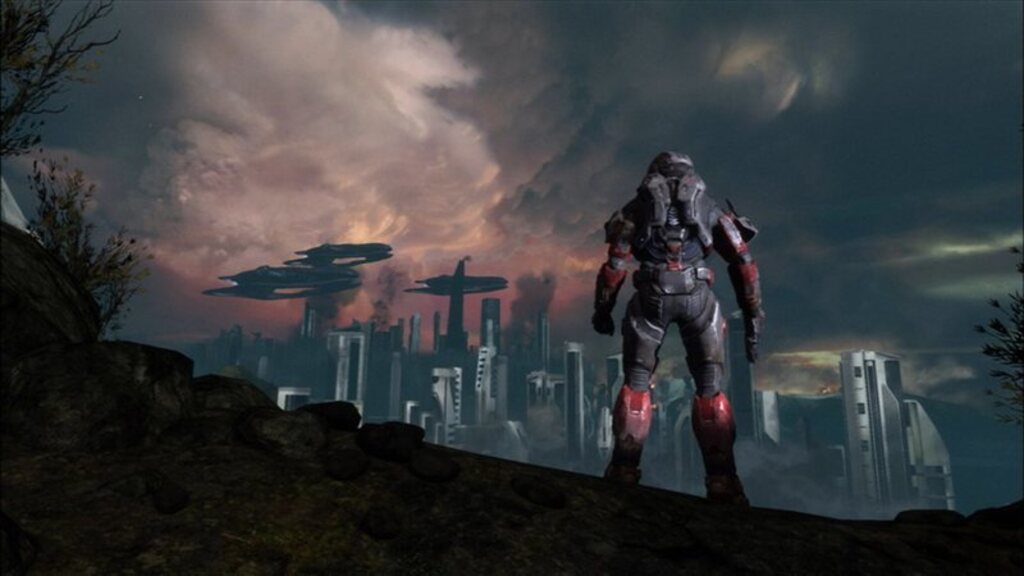 Halo: Reach got its release on 14th September 2010, with Bungie as its developer. Microsoft Windows, Xbox 360, and Xbox one all were the preferred platforms for running this game.

After a brief absence, Bungie returned to the development fray, only for Halo: reach to be their last. It was another prequel to the first release of Halo, featuring the FPS approach and without the presence of the Master chief. Consequently, this turned out to be the best prequel where it brought together multiplayer features that met the tastes of halo gamers. An improved multiplayer feature in Bungie’s last Halo game made it special for gamers.

Here you have to control the noble six who have the responsibility to defend planet Reach from the onslaught of the Covenant. True fans consider this the last game of Halo as it was Bungie’s last development.

Halo 4 came out on 6th November 2012 under the new development banner of 343 industries. 343 industries developed this game for Xbox 360, which later got a release in both Xbox One and Microsoft Windows via Master chief’s collection.

The game did not meet the fans’ expectations as the gamers did not consider it similar to the level created by the games developed by Bungie.

Halo 4 was a continuation of Halo 3 where Cortana and Master chief were exploring requiem, while a new band of enemies named Promethean knights lifted their heads. The game shows Cortana’s mental state going downhill till she gives herself an AI death.

Released on the 18th July 2013, Halo: Spartan Assault was a product of the joint development by 343 industries and Vanguard games. As a twin-stick shooter game, Halo: Spartan Assault was a deviation from the lines of Halo. The gamers had the option to enjoy the game from an overhead view. Despite a different approach, the developers adopted the vehicles and weapons from the main series of Halo.

The plot received a mixed reaction from the fans with the story revolving around Sarah Palmer from planet Draetheus V. The game features your character under an assault from a rogue group of Covenant. Your task is to stop them from allowing the human force alive to find an escape route.

Halo: Spartan Strike was released on 16th April 2015, which found Vanguard games and 343 industries coming back with another collaboration. It was another diversion from the main Halo plot. Resembling the earlier Spartan Assault, Spartan Strike featured a twin-stick shooter and the absence of Master chief. This game was available for the PC and the mobile, without any option for the gaming consoles.

The plot shows the sequence after Halo 4, where a Spartan soldier leads the group of UNSC soldiers in a battle against the Covenant. Here comes a twist, you need to fight against a splinter group of Covenant along with Promethean enemies and ensure their defeat to progress.

It did not get that much love from the fans and did not have any impact. Conversely, if you are a fan of top-down shooting, then you can give this a try. 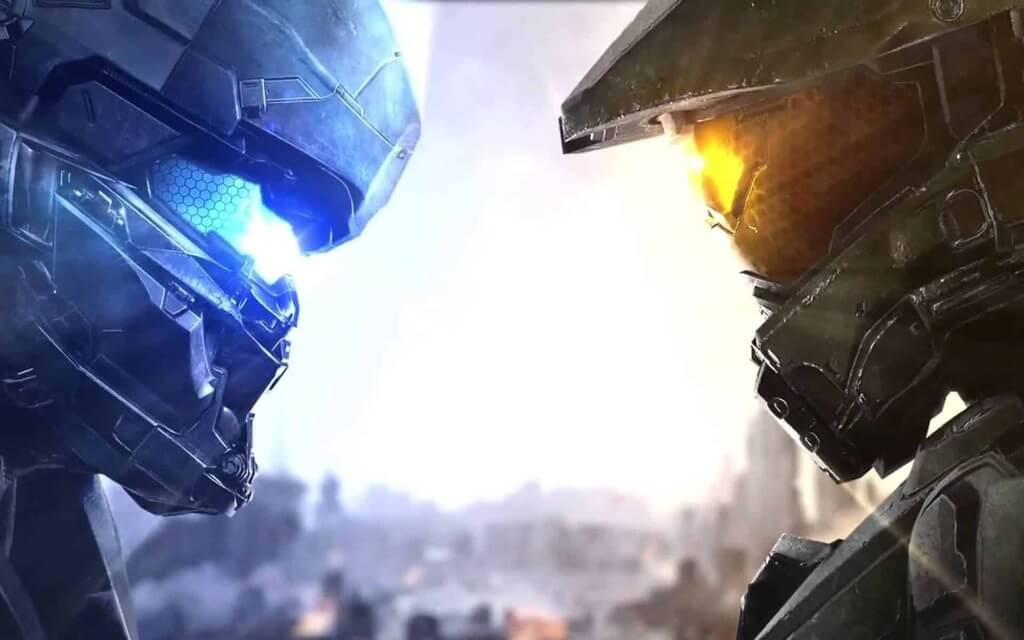 343 industries released Halo 5 on 27th October 2015 as a turning point in their development journey. After the previous three disdaining releases, Halo 5 emerged to be very famous, winning the hearts of the Bungie loyalists. The plot runs to show Fireteam Osiris getting sent to a planet under the control of Covenants to rescue Dr Halsey. Master chief led his blue team in this Multi-layered mission to secure a research station for ONI.

The absence of split-screen was a disappointment for fans in Halo 5, but 343 industries recovered by releasing 20 maps plus more free additional ones. Unique modes like Arena and Warzone gave the gamers a surreal experience.

343 industries and Creative assembly collaborated to release Halo wars 2 on 21st February 2017. RTS instalment of Halo wars and top-down RTS strategy won the hearts of gamers. Set in a situation 28 years after the first game, the plot witnesses Spirit of Fire fighting Banished, a different alien group. There are immense fights and battles on the Ark of Halo 3.

Halo Infinite is the latest instalment in this list and meets the expectations of Halo gamers. Despite a few breaks in between, the fans couldn’t better vehicular combat and exceptional fights. Halo timeline games are a must-try!