The Nintendo GameCube, which is commonly known as GameCube, is a home video game console. It is a sixth-generation video game console, and it was released in 2001 by Nintendo. So what if it was discontinued in 2007, people from all around the globe still love to play games on this. From Legend of Zelda: Wind Waker to everyone’s favorite Animal Crossing, it has many iconic games. So today, in this blog, we have prepared a list of GameCube games that are classic and evergreen.

So check all the games because along with the good GameCube games, we have also included some hidden gems that many people have forgotten about. 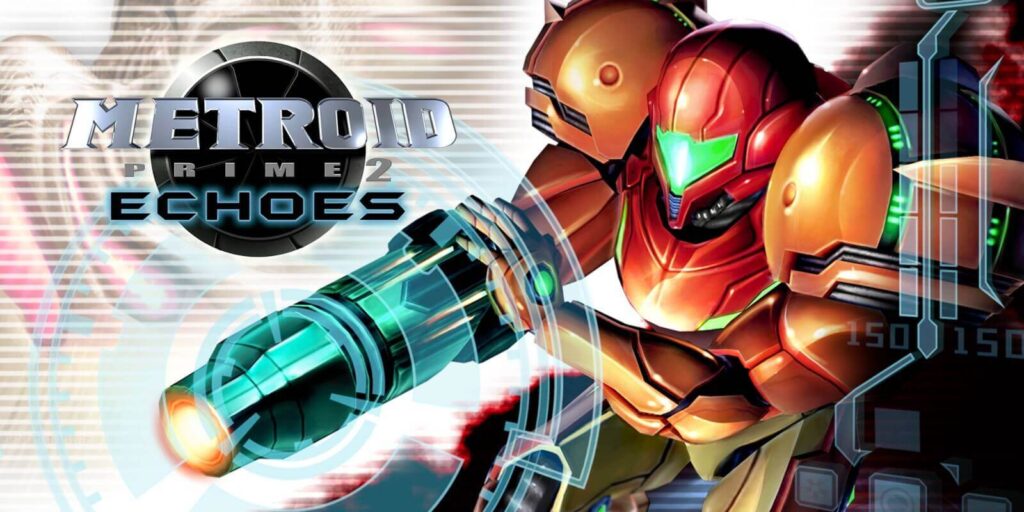 Literally, no one could ever expect that Metroid Prime will be the greatest game of all time. You know when this game- a first-person- 3D Metroid game was launched, the expectations were low, but surprisingly, it had become one of the most sublime video game experiences of all time.

Retro and Nintendo converted the 2D Metroid games into 3D ones, and we all know the results. With smart controls and smooth graphics, gamers experience outstanding performance without feeling repetitive. So if you also want to enjoy this game just play the fourth game that is coming on the Nintendo switch.

2. The Legend of Zelda: Twilight Princess 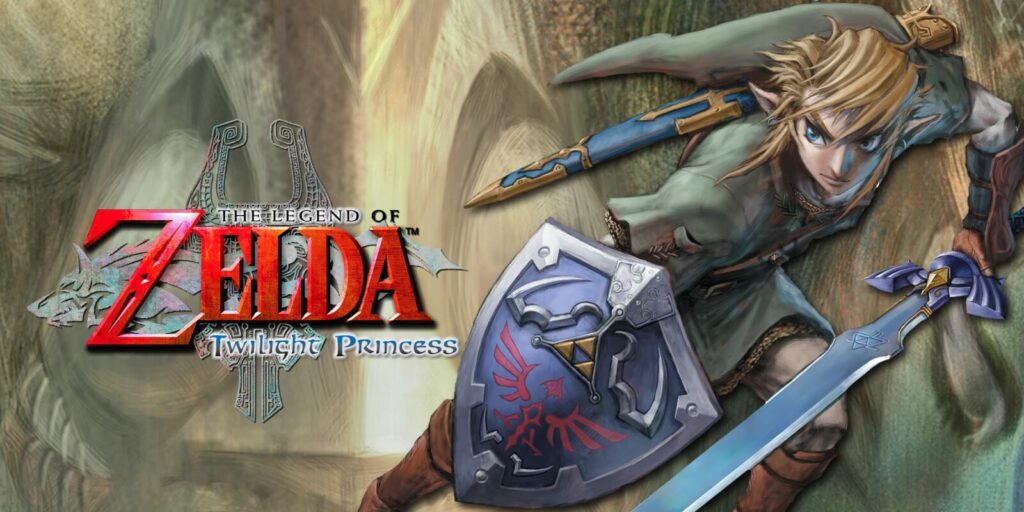 The Legend of Zelda: Twilight Princess was a darker approach to the previous game series. It is also widely known as the Wii game. In this game, the visuals and the story both are dark.

This game has featured some of the most inventive bunkers and basements. Also, the princess is not like an ordinary princess. She is gritty and has an excellent ability to fight. Her companions are the Hylian wolf and the mysterious Midna. 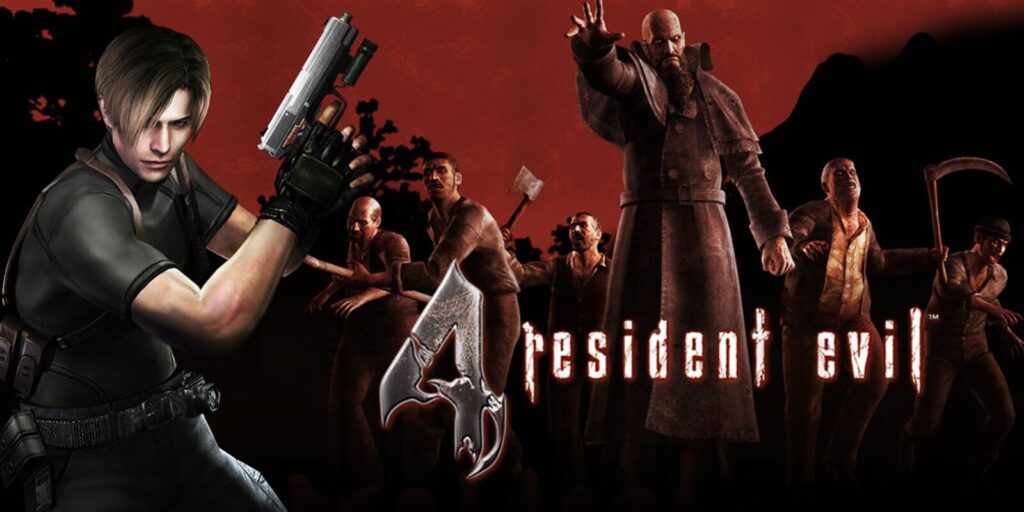 On our list, Resident Evil 4 takes position number three. Do you know that this game was initially supposed to launch only on the GameCube? But it first appeared on systems, and after gaining huge popularity, it later came to other consoles. It is not wrong to say that it is the best third-person action game that sets the new benchmark for years.

The story of the game follows a man named Leon Kennedy, who is a police officer. He was on a mission to rescue the President’s daughter from a cult in Spain. From battles to encounters with monsters, everything in Resident Evil 4 is remarkable and impressive. It’s tense, thrilling, campy, and infinitely replayable. Even today, you will not find a better GameCube game than this. Also, this game is now available on the Nintendo Switch. 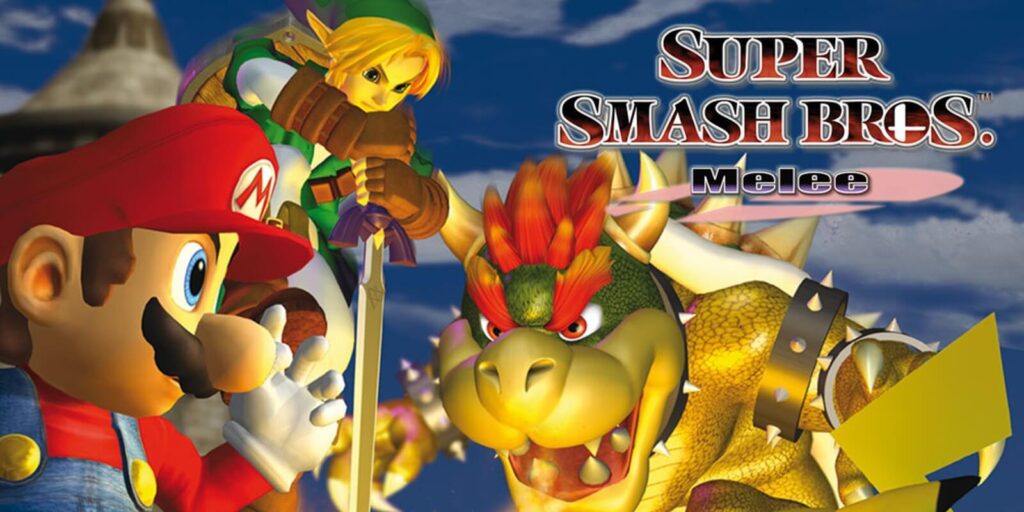 Launched in 2001, the super smash Bros is still played as a competitive sport by a significant chunk of the Smash community. In the whole game Melee is the pinnacle of Super Smash Brothers. It is a fighting game, so it is quite obvious that there will be various high-level game techniques in it.

5. Prince of Persia: The Sands of Time 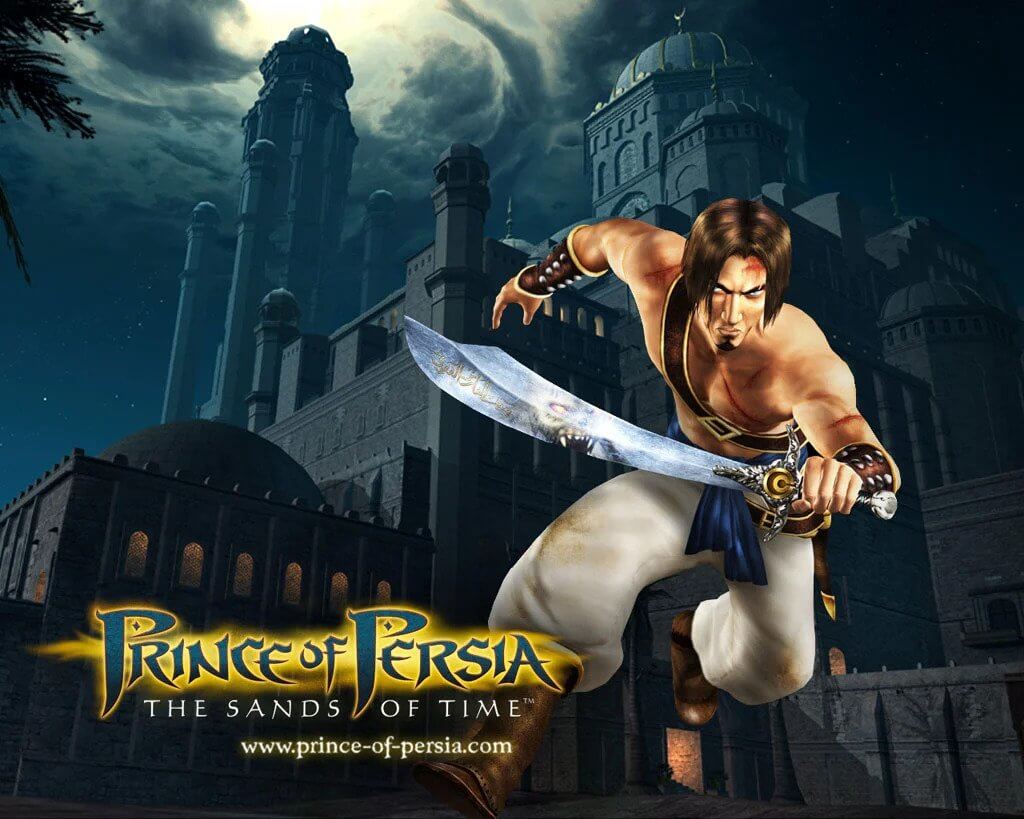 Who doesn’t know about this game? Literally, everyone played this game, right? The Prince of Persia: The Sands of Time is one of the iconic games in history. The whole game revolves around a fledgling prince who has a fantastic dagger. With this dagger, he can turn back the time!!

He can also walk on the walls and bounds across the terrain. And if he falls into a pit of just hurt by the enemy, he can use his magical dagger to reverse the time. He could also freeze enemies in time and temporarily slow the world. With all these actions and adventures, the Prince of Persia is the greatest game of the era. 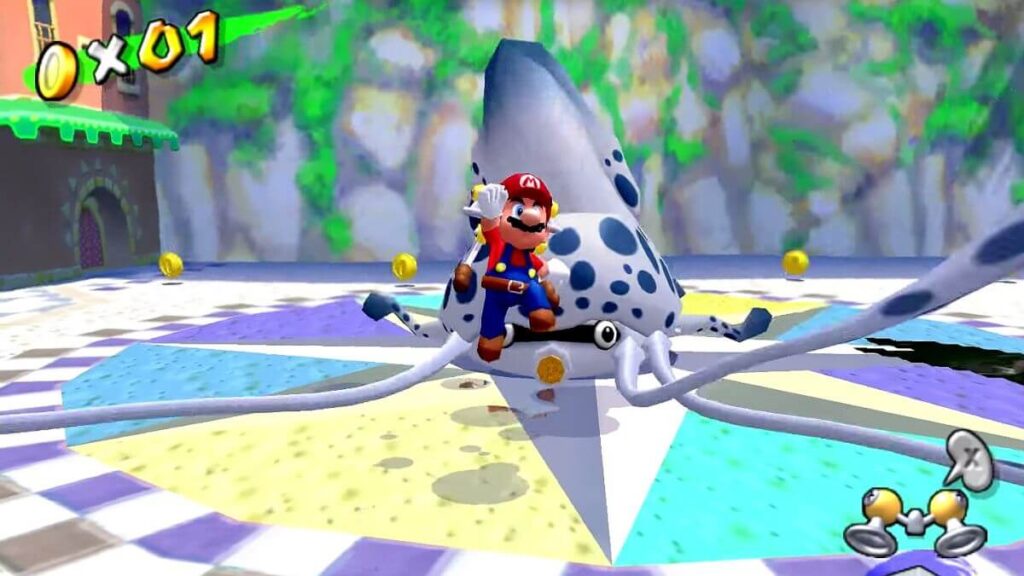 We all grew up playing Mario games, right? Super Mario Sunshine is not as advanced as Super Mario 64, but it is a vacation period away from the mushroom kingdom. It is a fun and tropical setting with unique adventures. In the game, F.L.U.D.D is an interesting character. Sometimes Mario wears it like a backpack. He creates new opportunities for Mario.

In short, it may not be as flashy as the galaxy games, but from surfing to the adventurous theme parks, Super Mario Sunshine is a memorable & joyful game. 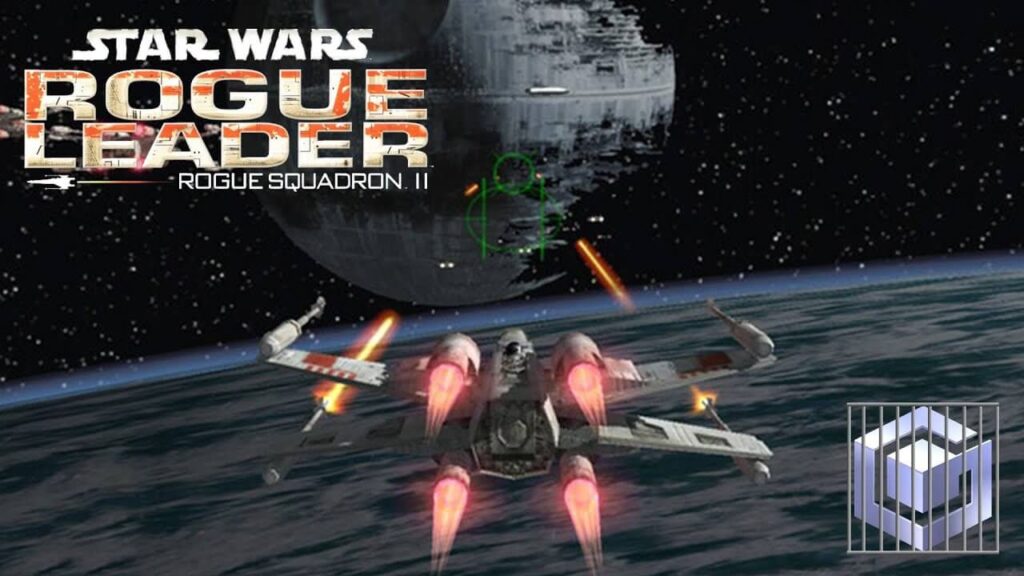 No doubt that Rogue Squadron II offered significant improvements to its already great predecessor. It was the best graphical showcase for GameCube at launch, and after so many years it’s still the best-looking game. The game has the original trilogy story, where Luke Skywalker is leading a group of X-wing pilots across the galaxy.

You’ll find that each level is different and complicated from the previous one, which keeps the gameplay exciting. You could also pilot the other Star Wars Ships, including the iconic Millennium Falcon, and engage in the fast-paced flight combat. 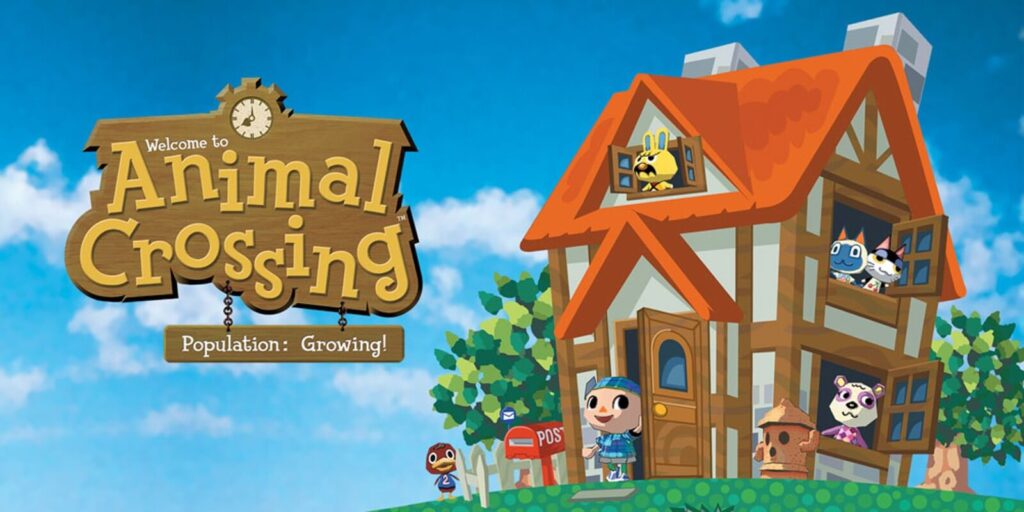 It doesn’t matter how much we played other games; we always come back to animal crossing games, right? The town in this game looks quite similar to a real village. This town has pretty amazing things such as arrangeable furniture and the talking animal folks. With all of these features, a player can easily connect with it. That’s the reason why it has become the biggest and most recognizable video game franchises on earth.

But many people who have never played this game question what do you actually DO in Animal Crossing? The answer is simple; here, you do not fight or punish others. Instead of this you go fishing by the river, construct houses and visit friends. It is just like what you do in real life. Animal crossing is only about freedom and relaxation. 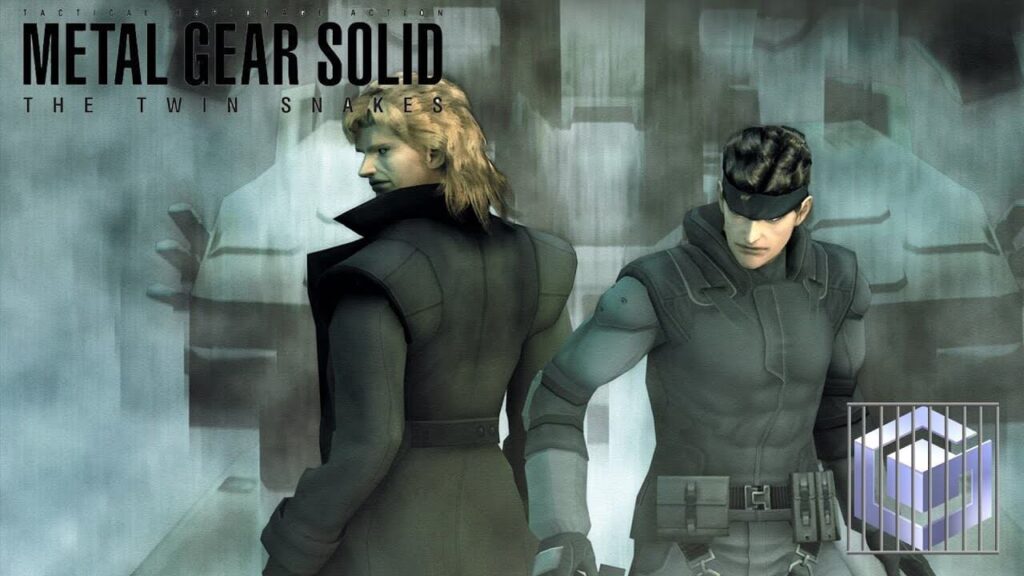 The Metal Gear Solid: The Twin Snakes is the remake of the Metal Gear Solid game, which is considered as one of the classic and evergreen games of the PS generation. It has all the new and advanced features from its PS2 sequel. It is redeveloped by a Canadian developer Silicon Knights and the new cutscenes are made by Japanese film director Ryhei Kitamura. In short, this game is full of cool new stuff to entertain you.

The story beneath the game is about war, love, death, and betrayal that makes it more realistic. This game is only released on GameCube. The Metal Gear and Zelda/Mario creators: Hideo Kojima and Shigeru Miyamoto are also involve in the development of the phenomenal game. 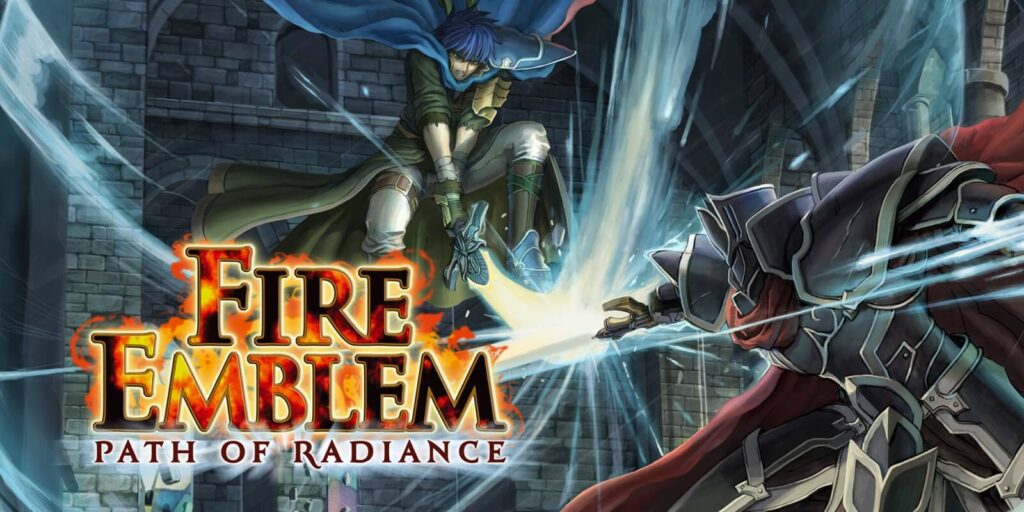 Fire Emblem: Path of Radiance was ninth in the Fire Emblem series. It was launched in 2005 by Nintendo for the GameCube home console. This game allows the player to select the difficulty level, such as Easy, Normal, and Hard at the beginning of the game. Here the characters fight with others and if they fall they’ll die and then be remove from the rest of the game.

This is a unique representation of the story which explores the prejudice between the humans and laguz (they are the shape-shifting beast-folk). Besides that, you can also transfer all your data to the sequel on the Wii – Radiant Dawn. Isn’t it cool? 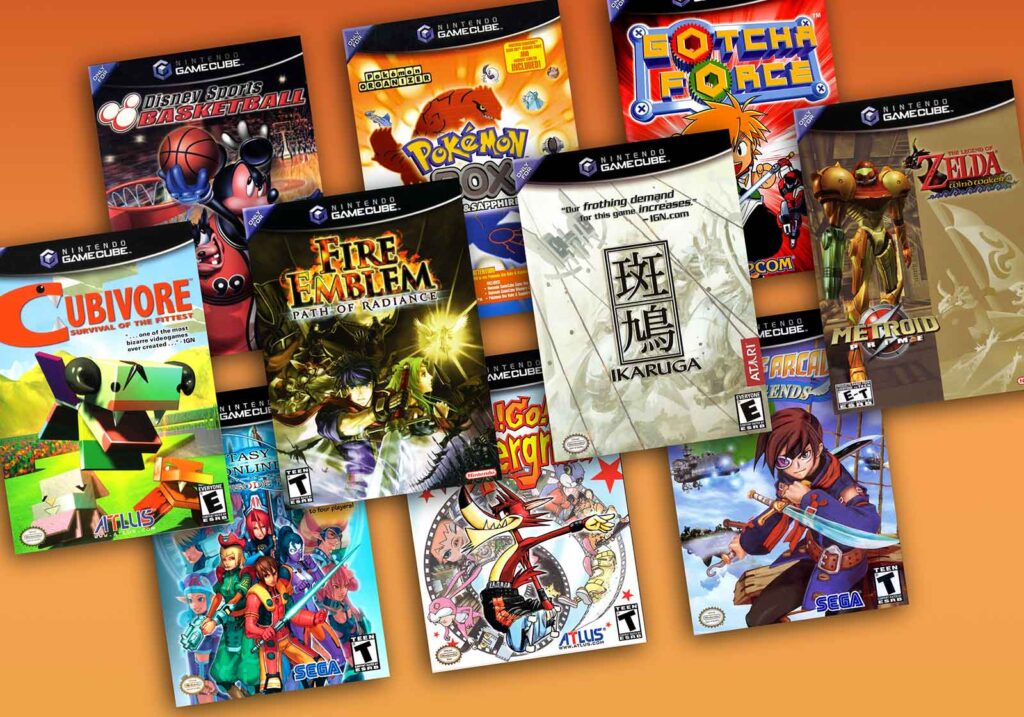 So these are the top 10 games of the GameCube. After reading this, you must have remember the olden days where you use to play all these games. For more technical information and updates, keep coming to Technographx.