Want to watch a thrilling, action movie amid the Coronavirus lockdown? Then, you should go for Sam Hargrave’s Extraction, you will enjoy the full-on thriller scenes that this Extraction Netflix movie provides to you. Sam has directed it and the screenplay is done by Joe Russo, the popular director of Avengers: End game, Infinity War, and many other popular films. The film is based on the novel: Ciudad written by Ande Parks.

Chris Hemsworth, the popular and everyone’s favorite Thor is playing the role of Tyler Rake, the protagonist so it will be super exciting and amazing for sure. The movie stars Indian actors like Randeep Hooda, Pankaj Tripathi, Rudhraksh Jaiswal, and Priyanshu Painyuli.

There are intense fighting scenes that will make you fully entertained. Firing of bullets, action scenes, blowing up of helicopters, blood flowing from injured bodies, and dead bodies piled up will be the common scenes throughout the movie. You can also check the Netflix Party. 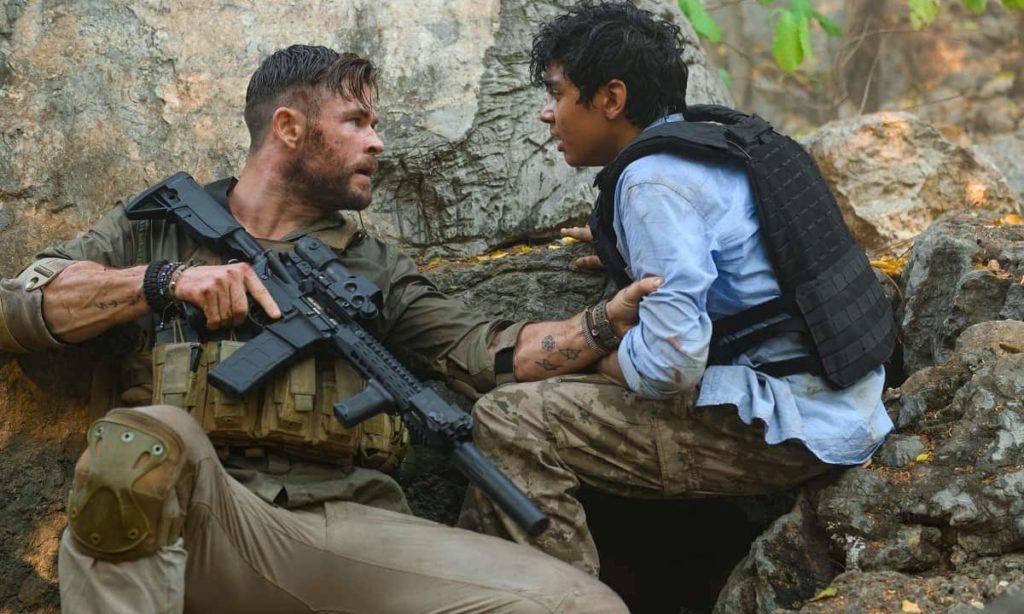 Let us now walk through to the details of this movie and in the end, we will show you the extraction movie reviews and feedback that people have given.

When is the movie going to be released?

The movie will be released all over the world on 24th April 2020. It will release at different times according to the time zones in the respective countries but yes, the date for the release is the same globally.

When and where did the shooting take place?

Shooting for this film started in November 2018 and it concluded in March 2019. There were 2-3 locations chosen for the shooting which include India (in the city of Ahmedabad), Thailand (in Nakhon Pathom and Ratchaburi), and Dhaka in Bangladesh.

Also Read: The 15 Most Comforting, Feel-Good Netflix Shows To Watch In Lockdown

What is the Plot?

Now, Tyler Rake (Chris Hemsworth) comes into the picture and he is paid a staggering amount of money to go to Dhaka and extract the kid back. That’s what the movie all about-Extraction! Tyler is a very strong, tough, and mercenary soldier but very sad and lonely in his life. When he extracts the kid, he realizes that now the only human being that he likes is the kid Ovi (Rudhraksh Jaiswal).

Tyler fights hard with the enemies to get the kid back, falls many times, gets injured, bleeds, loses his breath, gets help from Ovi to bandage his wounds; surely, he will get injured while fighting as he is no Thor here! He is supported by his companion Saju (played by Randeep Hooda) who is also a strong fighter and attacks hard against the villains. 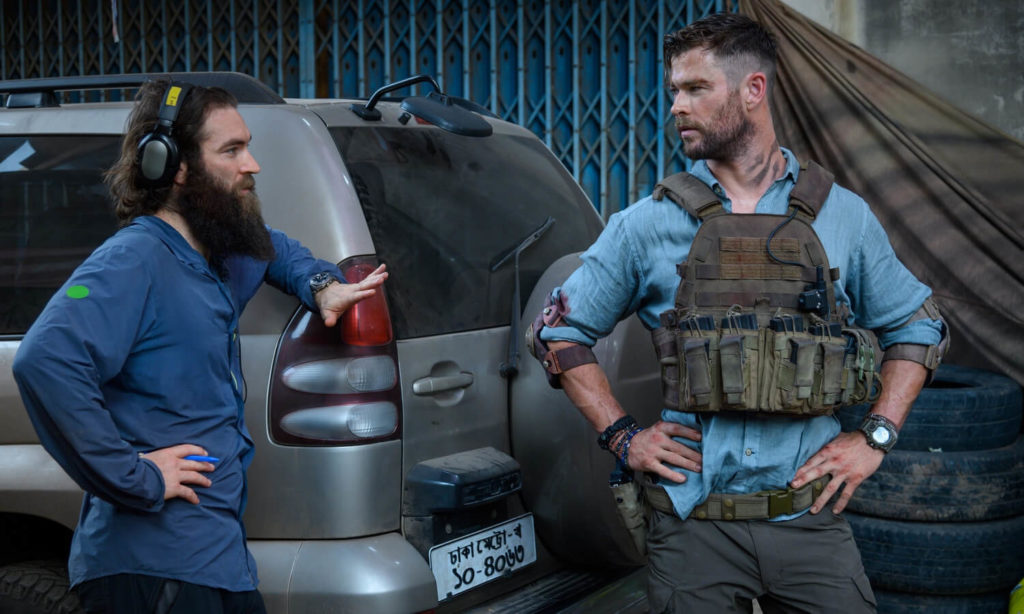 There are numerous fighting scenes, all captured wonderfully well by the powerful protagonists. You will just get mesmerized seeing the intense, powerful scenes full of super-duper action. Golshifteh Farahani, the Iranian actress, and singer played the role of Nik who is Tyler’s handler. She finds such odd jobs for Tyler, her role is very limited but effective. There is one and only one friend of Tyler in Dhaka, Gasper played by David Harbour who helps him with shelter and food.

Amir, the villain also plays his role well and acts as a powerful side on the opposite. He is seen wearing an embroidered sherwani in one of the scenes. This guy who is the villain for us considers himself as the lord of Dhaka and his men follow his orders promptly. The weirdest and interesting point to note here is that Amir and Tyler never come face to face in the movie, not even for one scene.

There is only one scene for Ovi Mahajan senior who is in jail currently and is wishing desperately to get his son back, not for the love for his son but to protect his fame in his connections. 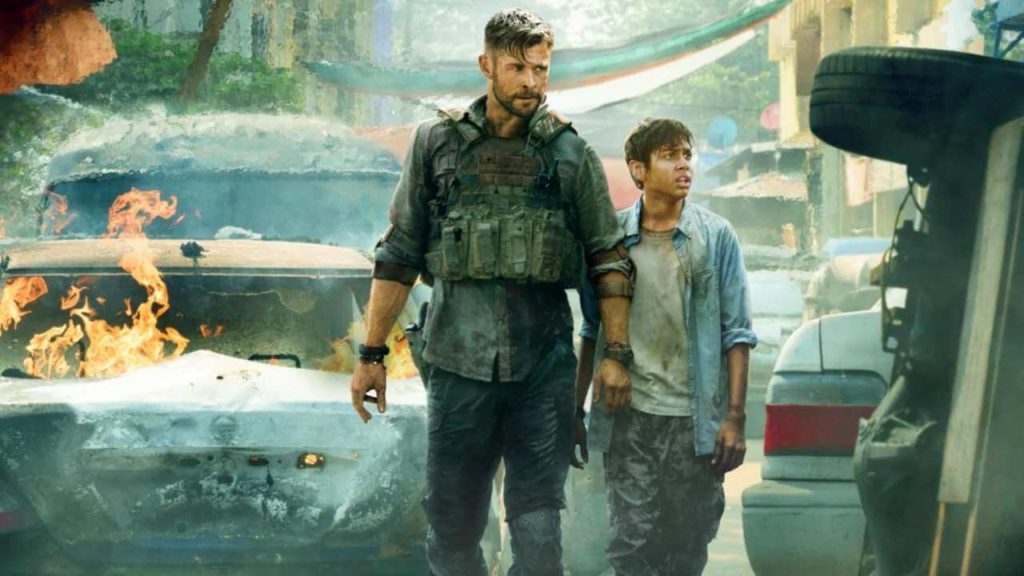 The movie shows the father-son relationship not only in the case of Ovi Mahajan but also for Tyler and his son who died at the age of four of lymphosarcoma. Saju is trying to protect his son from the mafia wars and Amir’s son Farhad is supposed to be his successor. So, we see there is a total of four father-son relationships in the movie.

The movie got released today and we have got fresh reviews from the people who have watched the movie and the majority of people have given 4+ reviews to it. Viewers are loving the full-packed action scenes in this movie.

They have thoroughly enjoyed the storyline and have praised the superb acting of all the actors, especially Chris was brilliant as per most of the reviews. IMDb has given 8.9/10 to this movie, that says it all, we guess! 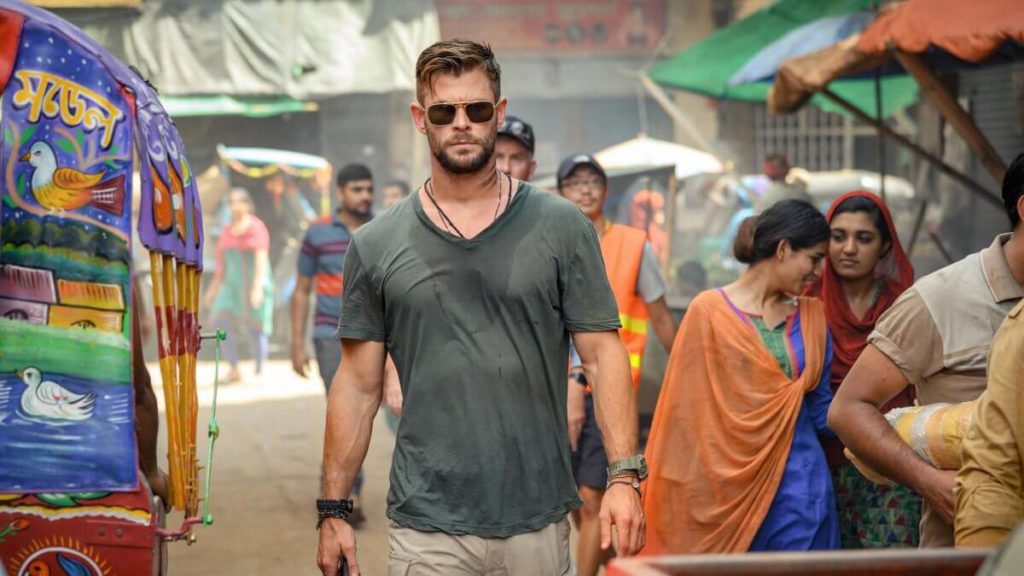 So, here was an overview of the Extraction movie Netflix, plot, cast, reviews, and other details. Just get a subscription of Netflix today (if you haven’t got one) and have fun watching this fantastic Action and Adventure movie! For more information, visit Technographx.