Table Of Contents hide
1 Why Is Walmart Not Accepting Apple Pay?
1.1 Processing Fees
1.2 Walmart Pay
1.3 Improved Brand Awareness
2 What Other Payment Methods Does Walmart Accept?
3 Can an iPhone Be Used to Make Payments at Walmart?
4 How to Use the Walmart Pay App
4.1 Downloading the App
4.2 Adding Cards to the App
4.3 It’s Time to Go Shopping
4.4 Generating the QR code
5 The Bottom Line

I bet you must have heard about Walmart, even if you have never been to the US. Everybody knows about the world’s biggest retail giant! There’s nothing to worry about if you know nothing about Walmart.

Let’s know a little about this superstore: Walmart. Walmart is basically an American retail corporation that manages a huge chain of discount superstores. You will find everything in Walmart from apparel to automotive supplies, home furnishings to housewares and everything in between.

Walmart has more than 10,000 stores and clubs worldwide, working under 48 different names. Now, that’s a lot of stores, isn’t it?

With so many stores around the world, you might wonder that Walmart does accept digital payments via NFC, which includes Apple Pay. This question will definitely strike your mind: Does Walmart take Apple pay?

Let me clear this first, Walmart doesn’t accept Apple pay at any of their stores. However, if you are an iPhone user, you can purchase items using Walmart pay. However, you can also make payments via MasterCard, Visa, Checks, PayPal, Amex, and cash.

So you might be thinking, why doesn’t Walmart support Apple Pay?

Instead of NFC, Walmart supports QR codes. So, if you want to make payments with your iPhone at Walmart, download their Walmart pay app, which uses the QR code scanner.

Why Is Walmart Not Accepting Apple Pay? 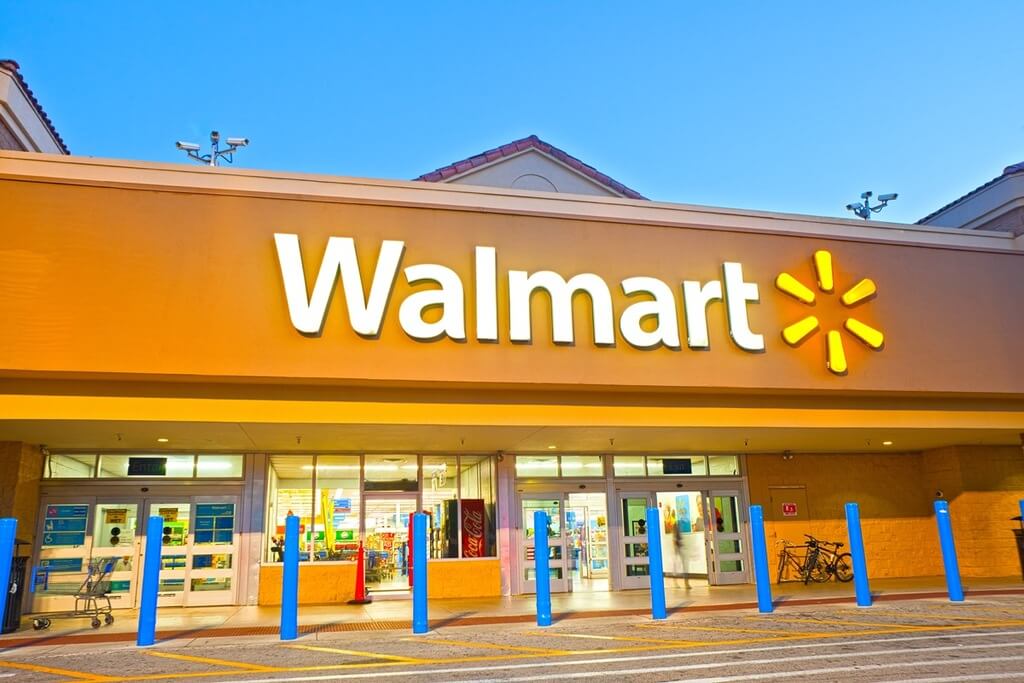 Apple pay is a popular option to make payments as more people use Apple devices. Still, many find it surprising why Walmart doesn’t accept Apple pay.

There are various reasons behind this:

One of the major reasons Walmart doesn’t accept Apple pay is the processing fees.

However, Apple does say that they don’t charge anyone to use their technology, which isn’t true. Rather, they depend on the card makers to make those charges in their name.

Here, Walmart faces many processing fees based on the card used, and the processing charges vary depending on the card. Due to this their profit decreases.

Since Walmart makes a lot of money from the sales by limiting the number of fees associated with it, Walmart came up with their own digital wallet app called Walmart pay.

Rather their own wallet app works exactly like other digital wallets. You just need to do this:

As the process of paying using the Walmart pay app is very simple, they don’t want any other wallet apps to compete with them.

As mentioned earlier, Walmart is the world’s largest retail giant and to be in the topmost position, they want their brand everywhere to attract more and more people.

So as to increase brand awareness, Walmart came up with their own wallet app. It is best for people who are looking for a contactless payment method. Also, Walmart doesn’t want their customers to think of any other brand when they are in the store by offering them different options.

In this way, Walmart is increasing their branding, ensuring customer loyalty.

What Other Payment Methods Does Walmart Accept? 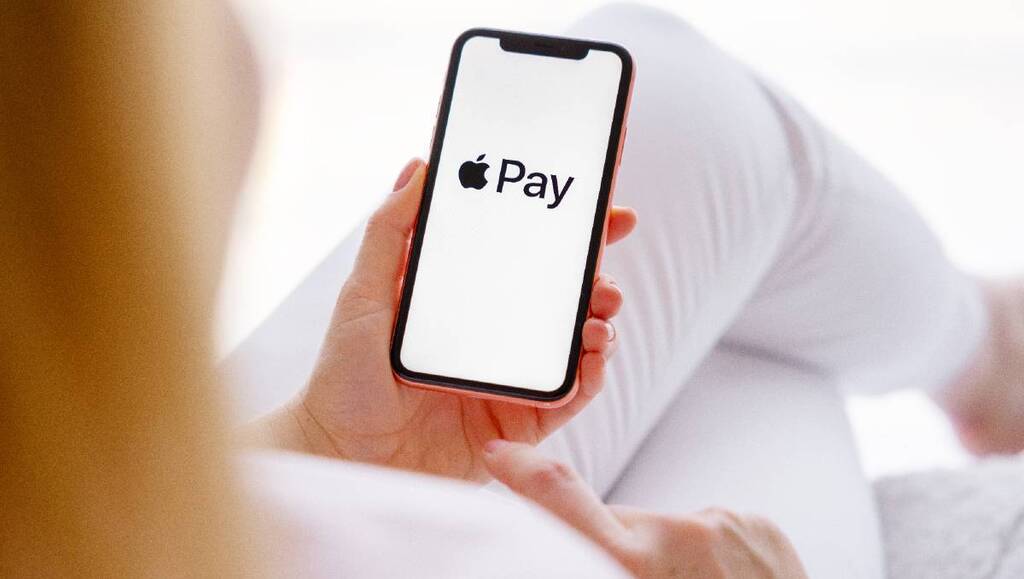 Imagine you are at the store, you have purchased items worth $200, and you don’t have any sort of digital wallet or even a Walmart pay app; what are you going to do?

Don’t worry; Walmart got you covered for this. In terms of payments, Walmart does accept many different methods, including credit and debit cards from major carriers like MasterCard, Visa, and American Express.

You can also choose to pay in cash or personal checks. Another mode of payment accepted at Walmart is money orders. While the best thing about money orders is that you can get them from the Walmart store, isn’t that cool?

You can receive a money order if the store has a MoneyCenter area. Although, at some Walmart stores, they have a single money order machine located where you can acquire a money order to make purchases.

Another great payment option is Walmart’s own card called Walmart MoneyCard. If you have received a Walmart gift card at Christmas or on your birthday, you can also use that to make payments at the Walmart store.

Amex gift cards also work well, but you need to activate them first. Walmart also came up with their own credit card called Walmart Credit card, which can be used as any standard credit card for purchases.

Then there are SNAP food stamps, which is another acceptable payment method.

If you are at the online Walmart store, you can accept to pay via Chase Pay or PayPal along with Reliacard. Moreover, you can even choose Amex Express for online purchases.

Venmo is also a valid payment method at the online as well as brick and mortar Walmart stores. Walmart is among the few stores that offer Venmo as a mode of payment.

Can an iPhone Be Used to Make Payments at Walmart?

As discussed earlier, iPhones can be used to make payments at Walmart by the Walmart Pay app. You can download the free app on your iOS or Android device, add several different cards to the wallet, and make purchases.

Also Read: How to Fix Airdrop in Iphone Ipad? Know It Here

How to Use the Walmart Pay App 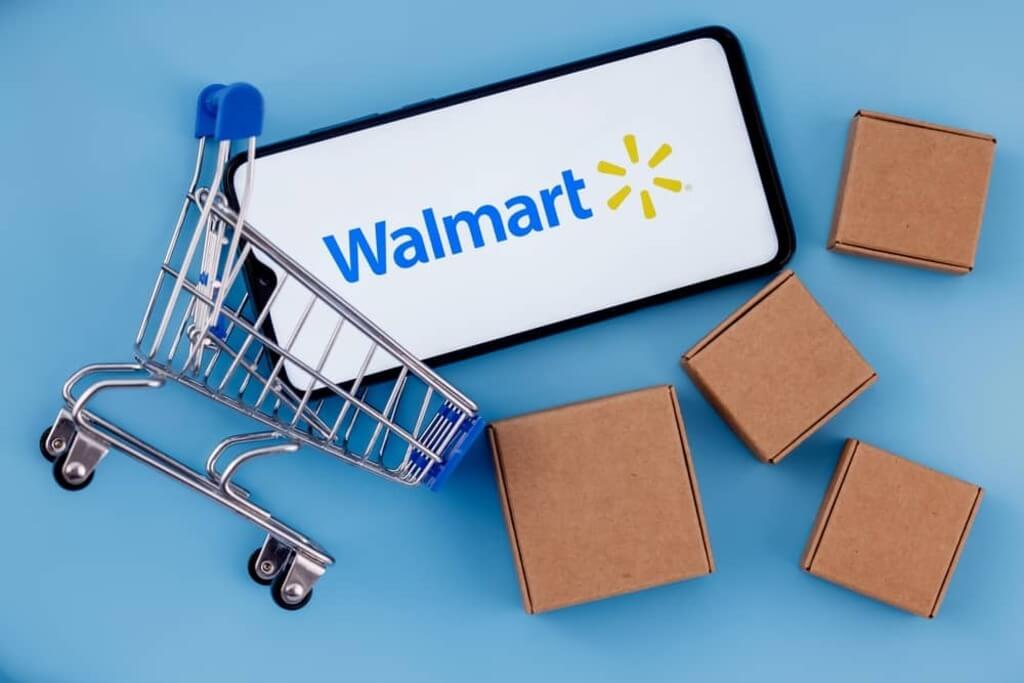 Getting the app is very simple, but you require these steps to set up and pay:

Firstly, download the app from the Play Store or App Store. After that, you need to make an account.

Adding Cards to the App

After the account gets activated, it is now time to attach your cards to the app. If Walmart accepts that type of card, you can use it in the digital wallet.

Since you have attached all the cards to the Walmart Pay app, it is now time to head to your nearest Walmart store. Get all the stuff you want and head straight to the cashier or self-checkout lane.

Walmart Pay app works the same at self-checkout and at the cashier.

The cashier will scan your products, and the total will be displayed on the screen. Then you will need to tell the cashier that you wish to pay using the Walmart Pay app.

After that, the cashier will generate the QR code, which you need to scan using your Walmart Pay app through the phone. Now the app will show you the exact billing amount that you need to pay. Make payments, and your transaction is completed.

At the self-checkout lane, the process is quite similar. Scan the items, and the screen will generate the QR code, which you need to scan via your Walmart Pay app. After the payment is successful, you will receive a notification on your smartphone.

So, Walmart doesn’t accept Apple pay, but you can make payments via the Walmart Pay app if you are an iPhone user. Further, there are many other ways to make payments at the brick and mortar store and online, as described in the article below.