With Christmas fast approaching, you probably would like to relax a bit from all the stress of college. Some common ways people choose to pass the time involve hanging out with friends, having chats, and playing video games. Video games are among the popular ways to enjoy your college vacation because of how fun they can be. This article discusses 10 Christmas video games you can play in college in this festive period.

Whether you’re looking for a game to play yourself or to gift to a friend, here are 10 Christmas themed video games to consider: 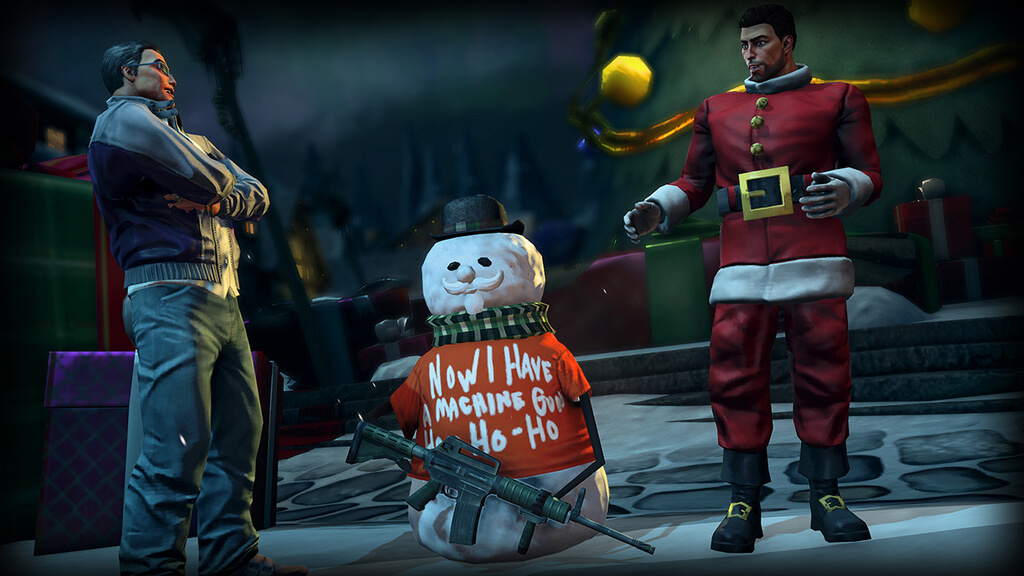 This Christmas-themed DLC of Saints Row IV is nothing short of an awesome experience. The Saints Row franchise is known for its ridiculous and over-the-top antics. This DLC takes all of that and manages to deliver a cheesy Christmas special that is actually fun to play.

It’s so fun, you might want to get research paper writing assistance on some of your projects so that you have enough free time to relax. We know that few students want to study hard around the holidays, so getting some external help is a good way to enjoy gaming while still keeping track of your school progress. 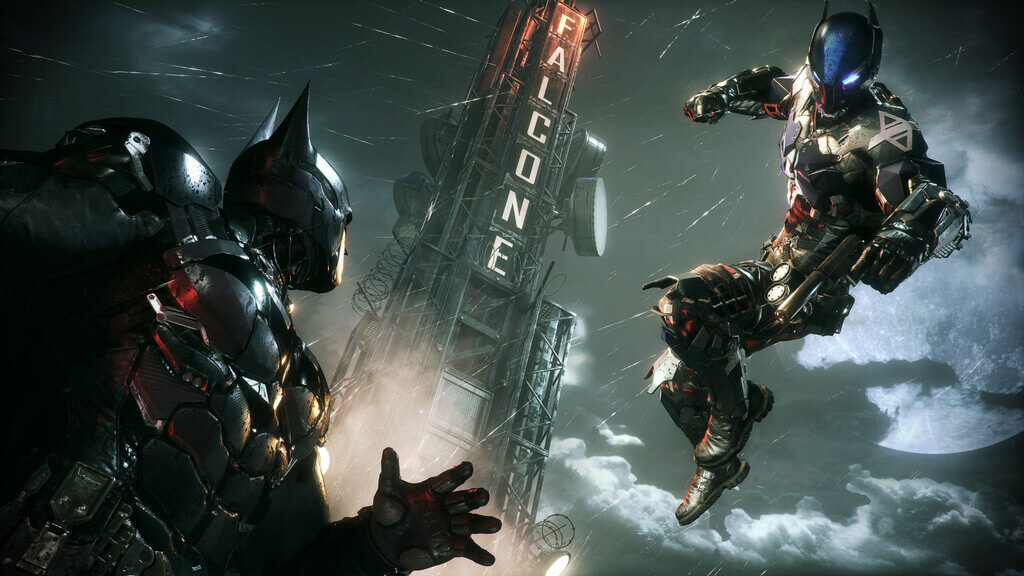 This game is set on Christmas Eve, however, it has nothing to do with the festive period itself. You play as Batman in a snowy Gotham city, navigating decorations-covered buildings and streets. Although it isn’t the best game in the Arkham series, it does a good job of being a fun game to play around the holidays due to its cool wintry setting. 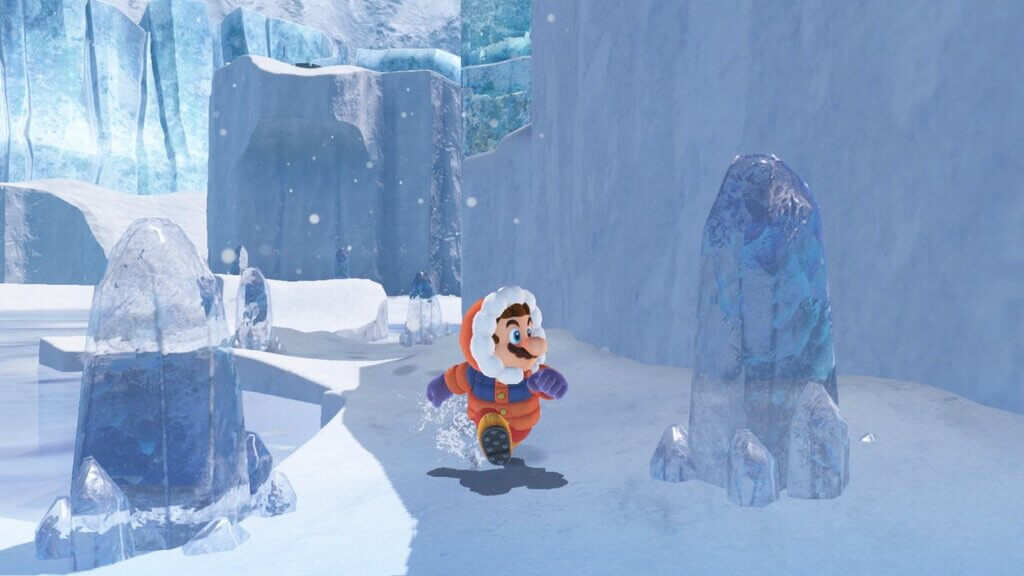 This is considered by some as the greatest installment in the Super Mario game universe. This game is funny of my diverse locales with nice beaches and hot deserts. One of the worlds is called the Snow Kingdom and fills with festive Christmas flair. You face enemies that are wearing Santa hats, and you get to hear the jingle bells coming from a distance. 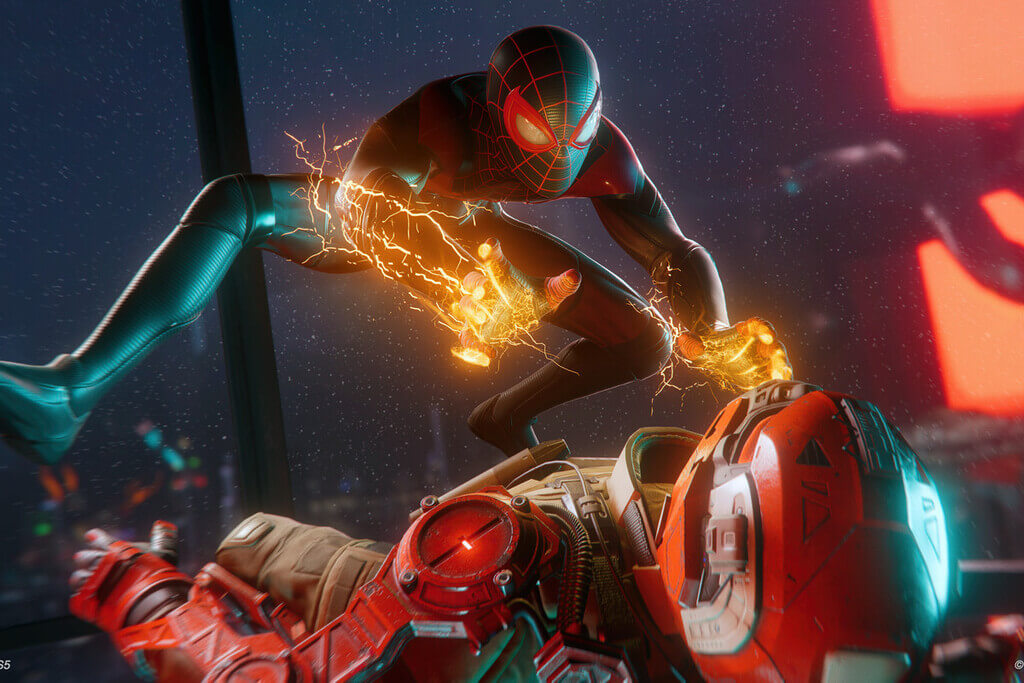 This game, like so many awesome Christmas games, isn’t about Christmas but is set during the festive season. The early parts of this Spider-Man game start with a fun Christmas dinner. After dinner, you get the chance to swing around the well-decorated snowy New York City on your spider webs. It’s available on PlayStation. 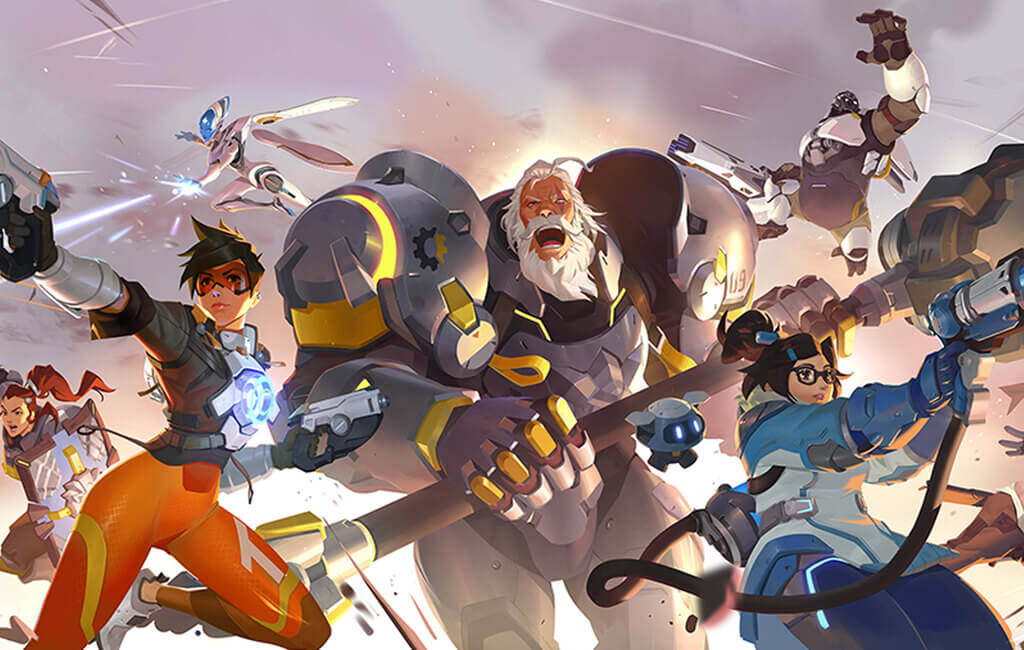 This game does a good job of not diverting too much from its original elements in order to match the Christmas holiday. Overwatch included a game expansion called “Winter Wonderland” that gives players the opportunity to play in Christmas-themed character skins, snowy environments, and fights such as Yeti Hunter and Mei’s Snowball Offensive. 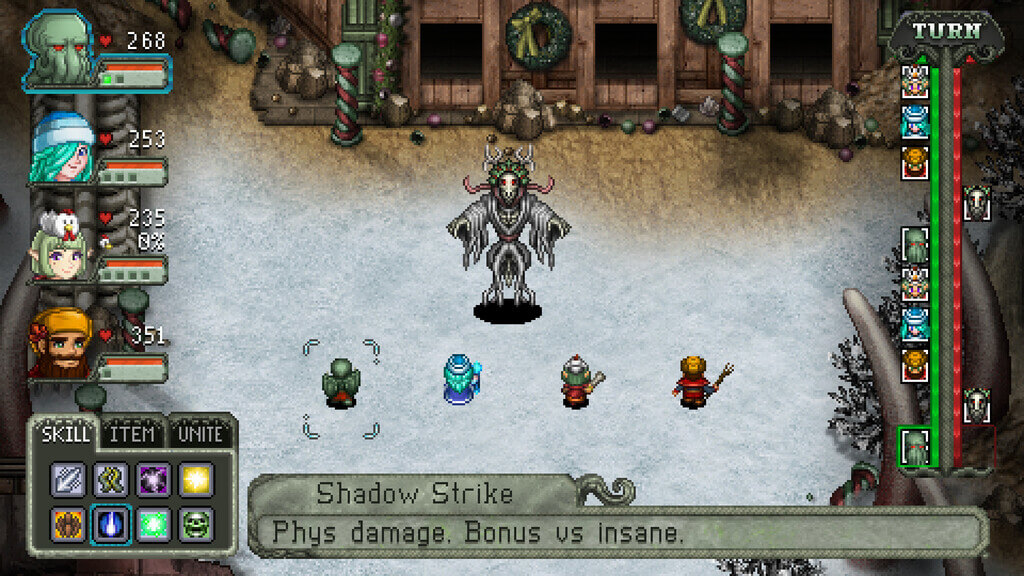 This game is a sequel to the Cthulhu Saves the World game. It is Christmas-themed and fun to play with family. The game is short and occasionally breaks the fourth wall, but this is also what makes it nice to play. It is cheap (about $10) and available on Nintendo Switch, PlayStation, and PC. You can choose to gift this game to a friend this festive period, or you might want to consider these other options. 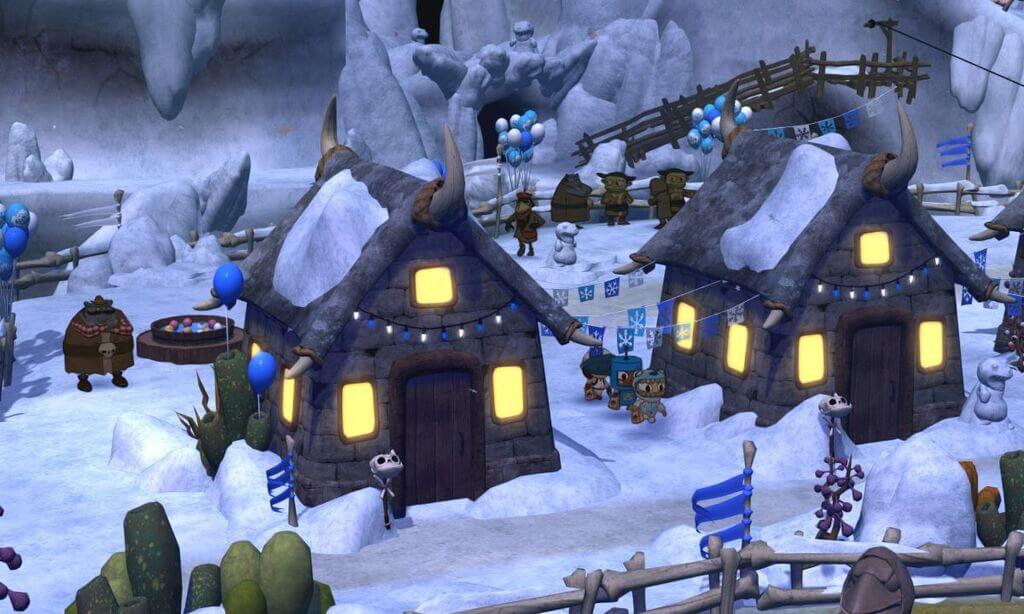 Costume Quest is considered by many to be a cool game with fun animations and charming nature. It is usually played during the Halloween festive period, however, the Grubbins on Ice extra downloadable content also makes it a pleasant game to play during the Christmas holidays. This is a game you, your friends, and the whole family can play. 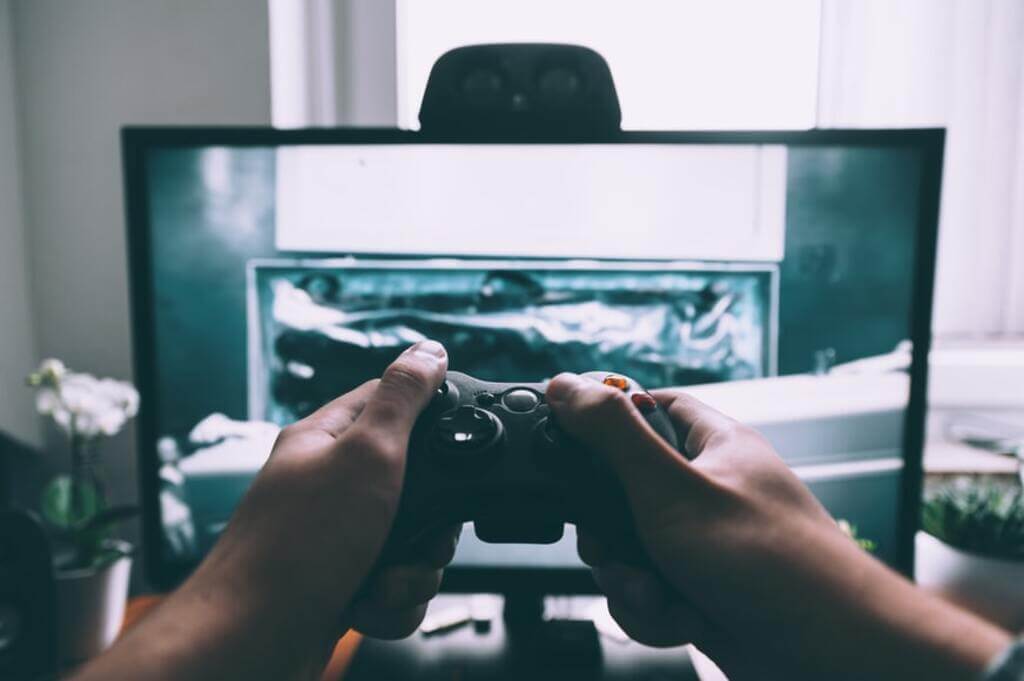 Merry Gear Solid: Secret Santa is a game that is both a parody of the popular Metal Gear series and a Christmas special. You and your friends can play this game, have a fun time laughing at the game jokes as you skillfully sneak past the houses of naughty kids. 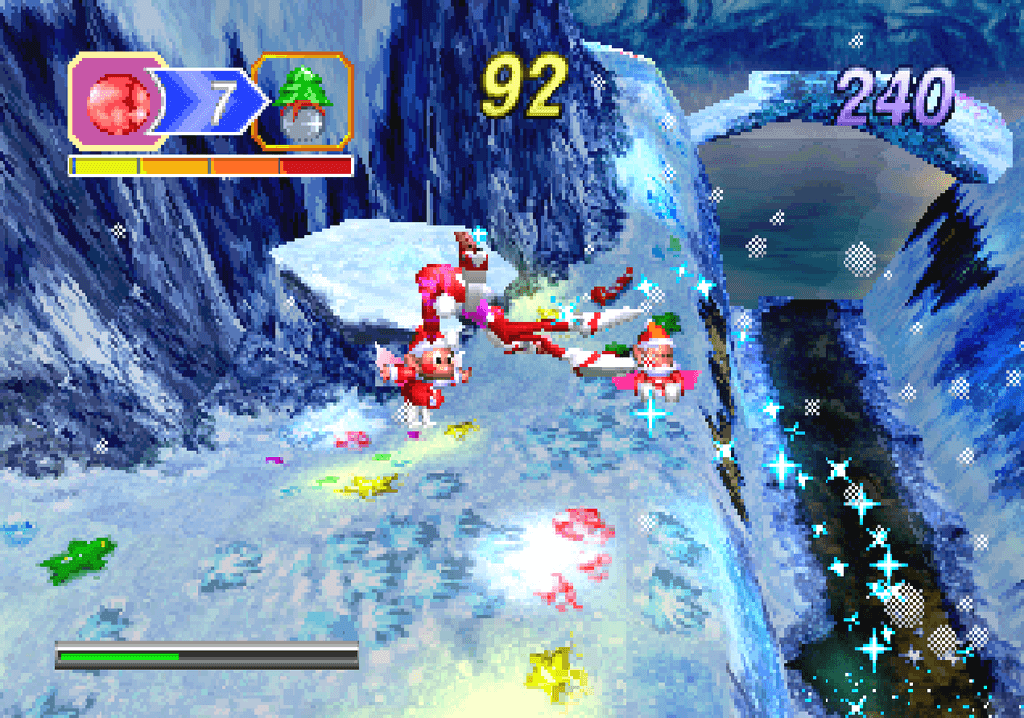 Christmas NiGHTS is an old video game that was a special version of Sega Saturn’s classic NiGHTS: Into Dreams. During the month of December, the gaming environment would change to reflect the festive periods. Although this game is old, you can get it now as an unlockable when you play NiGHTS HD —the game is available on PC, PS3, and Xbox 360. 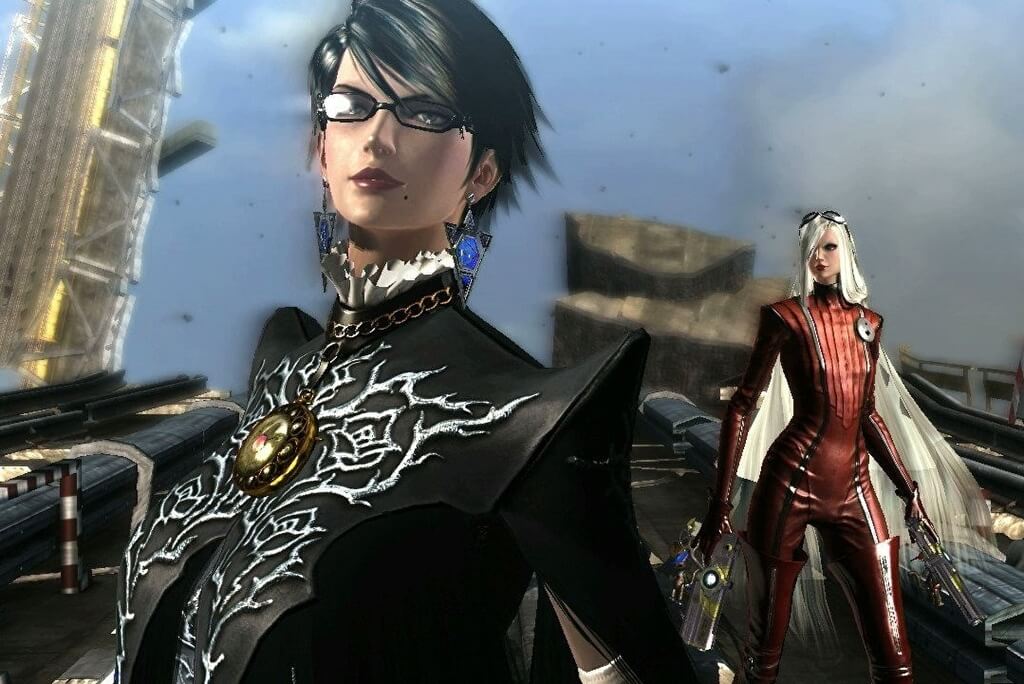 This action-packed game features a female protagonist that spends her days fighting both angels and demons. The game itself is set around Christmas, so you get to see snowy landscapes and there’s also a Santa. It isn’t the most family-friendly game, so you should consider this if you’re looking to play one with the whole family.

Christmas is a fun time of the year. Some of us use it as an opportunity to relax and connect with friends and family. One of the best ways to relax is by playing video games. If you are having challenges finding the right game to play, this article should make things slightly easier at least.

Barbara Fielder is an English teacher with years of experience tutoring students. In her spare time, she enjoys playing video games with her colleagues and students. When she isn’t teaching or gaming, she enjoys writing informative articles.