Criminal Minds is an absolute thrilling series revolving around F.B.I and particularly around the group of Behavioral Analysis Unit (BAU) who deal with some dangerous minds trying to create havoc in the country by killing and torturing people. The first episode of the show date back to the 22nd of September, in the year 2005 while the conclusive episode aired on the 19th of February 2020. There are a total of 15 seasons and a whopping number of 324 episodes. If you are new to this show or want to know which episodes have left a huge impact on its audience, read on as we are going to discuss some of the best criminal minds episodes that are must-watch for a thrilling experience.

Let’s check criminal minds best episodes which are loved by the viewers a lot. 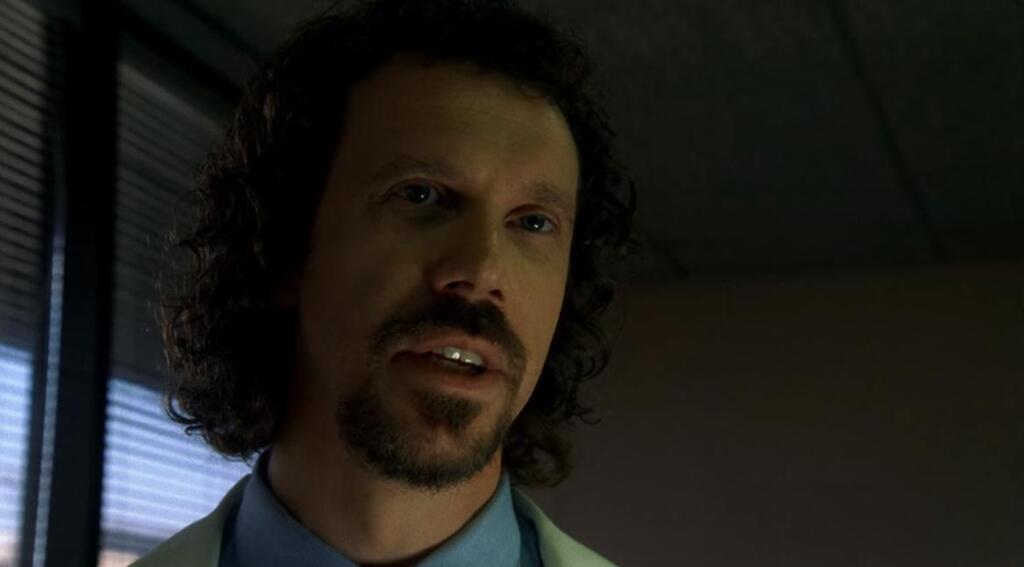 Long-Distance Serial Killer or L.D.S.K is the sixth episode of the first season itself where the team is chasing a serial killer in Illinois who injures his victims. Dr. Spencer Reid surprisingly doesn’t have a clue about the situation, leaving the members of B.A.U puzzled. He even has failed the firearms qualification and is now put up against the L.D.S.K. Also read about : lost in space season 3 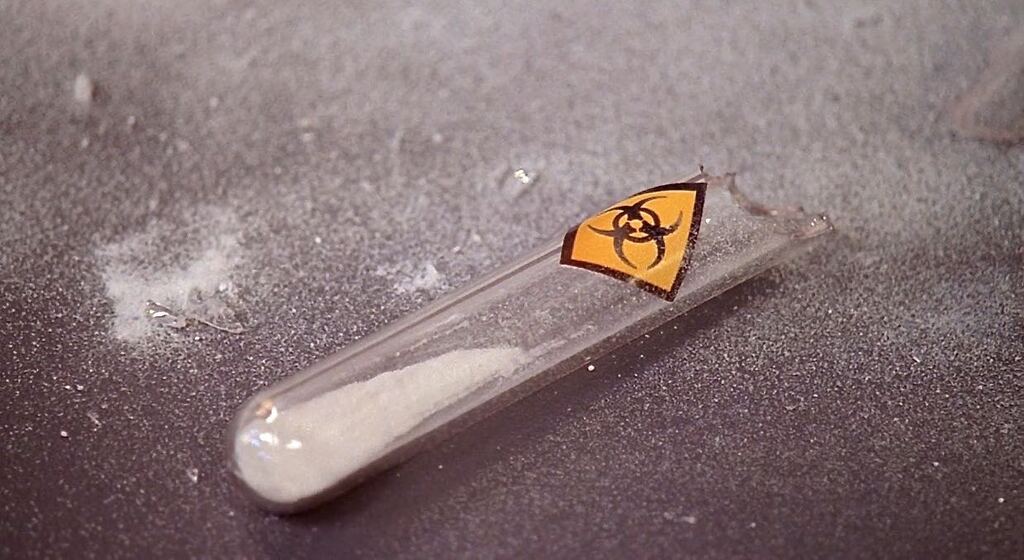 Amplification is one of the best episodes of the series where everything is at stake. It aired in criminal minds season 4 and was focused around Dr. Spencer Reid. The terrorist named Chad Brown wanted to show the people of the USA how vulnerable the country is against a terrorist attack and hence, he carried out an anthrax attack. In order to protect Morgan, Reid gets afflicted with anthrax which leads to a shortage of time in solving the case that too in quarantine. He got saved as there was an antidote available, thank God! With high-stakes and drama, this one is a must-watch. 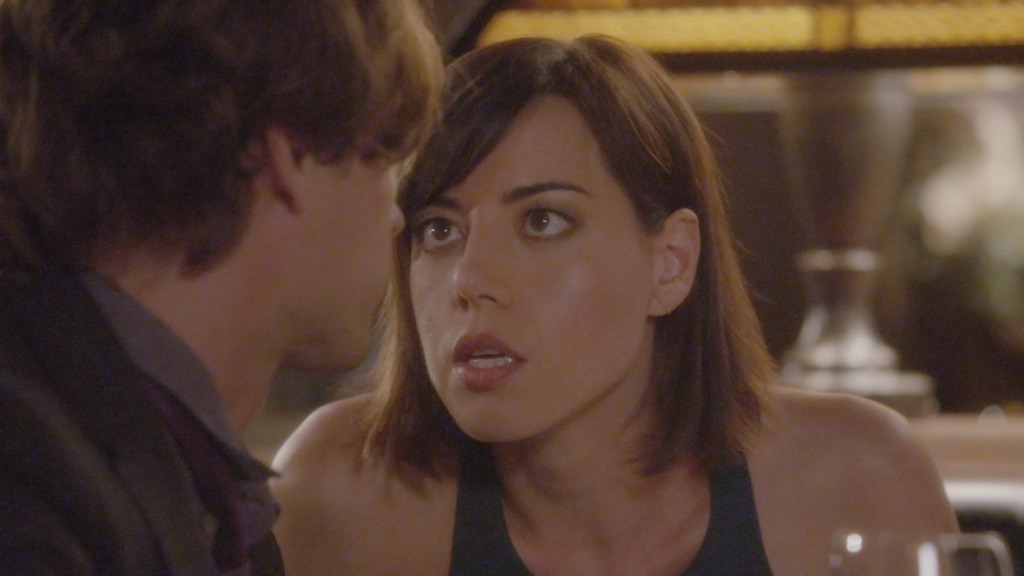 This episode featured in the 11th season and was the 11th episode of the season where they lead, Reid had to outsmart an assassin. The episode begins by describing Reid on a blind date, however, later it was discovered that it was not an actual blind date but an undercover meeting with the assassin Adams to trap her. The role of the assassin was played by Aubrey Plaza and was really loved by the audience. Both the characters were equally intelligent which makes this episode a highly rated one. 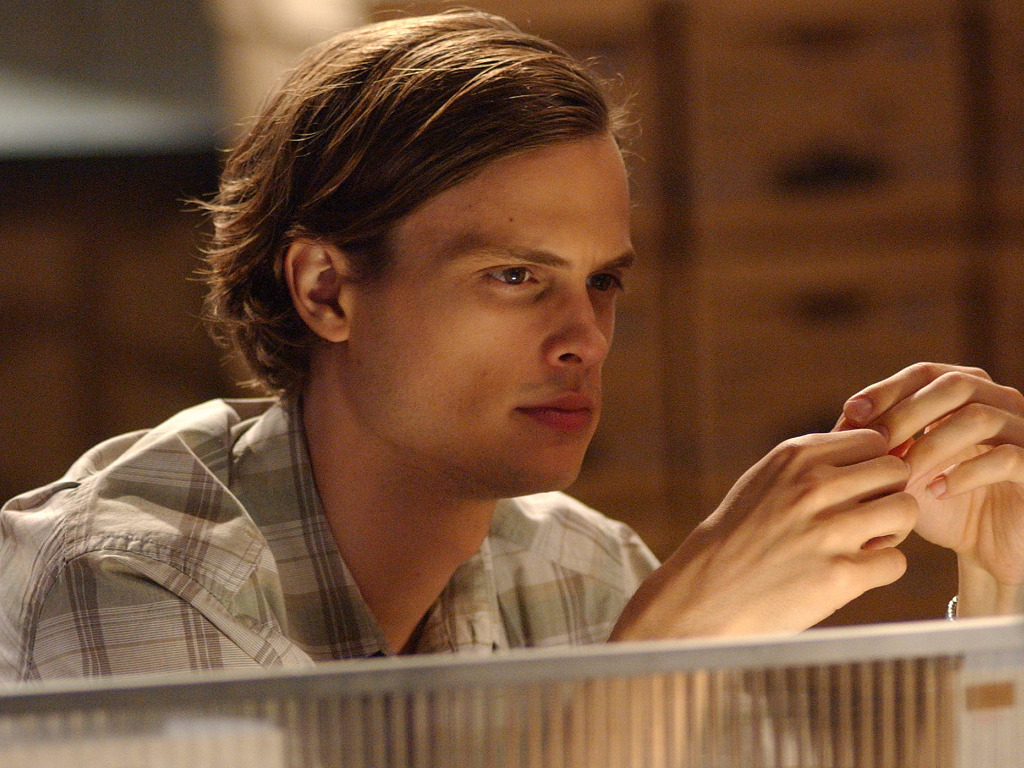 Zugzwang is an interesting, one of the best criminal minds episodes and perhaps a decisive one in the life of Dr. Spencer Reid. A stalker kidnaps the fiancée of Reid, leaving him in utter shock. The BAU team then races against time to find out the kidnapper and save Maeve (fiancée of Reid). The kidnapper murdered Maeve as well as herself which leaves Reid being broken for the remaining season.

This episode has an IMDb rating of 9/10. It was the 15th episode of Season 2 when Dr. Spencer Reid is caught by a split-personality murderer, Tobias Hankel. He is even drugged to the point that he starts getting flashbacks of his childhood and the hard time of struggle he has gone through. In his childhood, Dr. Spencer Reid saw many hardships; his mother was imprisoned for paranoid schizophrenia.

This episode created a huge impact on the heart of the audience which eventually made the character Reid stand out from the rest. Initially, the makers were concerned about showing a sorrowful part of Dr. Reid’s life – whether it will be loved by the audience or not. But, things worked pretty well and this episode connected the audience to Dr. Reid’s character more deeply.

Also Read: When Is Demon Slayer Season 2 Coming, And Where Can You Watch It? A youth who is reticent and intelligent approaches Dr. Reid and becomes a key member of the investigation of the murders of prostitutes going on in Washington, D.C. This young guy is very much into violent novels and tells the team that he came across one body of a prostitute being murdered in the city. This guy is having thoughts of killing people and is in need of a psychiatrist. An interesting episode to watch if you don’t have one yet as it is one of the best episodes of criminal minds. The focus of this episode is Reid. The BAU team travels to San Francisco to find out a Zodiac Killer and ultimately comes across a young genius called Caleb who enjoys killing people and leaving no clue behind. This is a much thriller one where the villain gives a very close fight to Reid. It is fantastic, one of the best criminal mind’s episodes of the concluding season. Cat Adams is the unsub for this episode. She is ready for her execution but has a demand which must be fulfilled first. The demand is the last date with  Reid. To make this happen, she has abducted her girlfriend’s father and sister. It is a good thriller where fans loved it so much that they want Cat Adams to reappear for the next episodes. This episode is different from the other episodes as it shows the story of three different killers who committed crimes due to someone else’s actions. As the name of the episode suggests, this episode is based on a powerful villain: Mr. Scratch who escapes along with many other serial murderers. The exciting and thrilling story of this episode wins the heart of the viewers. The fifth episode of season 14 is all about JJ’s past life. It is not covering any case but reveals certain facts and details about the past life of the audience’s favorite character JJ. The story of JJ returning to her village for investigation is shown in this episode. Her elder sister died in this village and more facts and figures are revealed about the same. Viewers enjoyed the captivating story shown in this best criminal minds episode where they got a change from the usual case-solving stories. This is a good episode and is loved a lot by the fans. It is connected with the episode named 300 so it is a very crucial episode too. It shows Benjamin Cyrus, the head of a cult who was investigated by the FBI agents and they came to his complex for investigating the allegations of child abuse. The FBI’s entry was given a warm welcome by the cult members who started attacking them which ended with Prentiss and Reid getting caught by the cult members. The interesting part of the episode was when the victims took the side of the cult members rather than joining with the agents. Mayhem is the first episode of the fourth season which shows the investigation carried out by BAU to find out who did the bombing of an SUV van. Fans were eager to see who died in the SUV car bombing which was shown to them in the last episode of season 3 but didn’t reveal who was injured or who died. This eagerness and excitement made this episode a lot special. There is a complete package of action and thrill in this episode which makes this one of the favorites of viewers. An animosity arose in this episode between Hotch and Derek which continues for the rest of the season. This episode 9 of season 3 revolves around Garcia. Those of you who are familiar with this series would know about the character of Garcia. She is a sweet person who finds the good in others and remains happy but this time she faced a lot of sorrow when she became the hot target of a serial murderer. When she went out for a date, she was shot by a serial murderer and she faced a lot of injuries.

Earlier episodes show a good brother-sister connection between Derek and Garcia but this episode sees a different dimension in their relations. In this first episode of season 14, viewers are given references to the previous 299 episodes of the series. This episode is about a case that began almost 10 years ago.

This episode witness the arrival of a cult leader named Benjamin Cyrus also called The Strangler. He was responsible for killing 299 people. Two people from the team were abducted:  Reid and Garcia in this episode. The worst part was the involvement of FBI people in the abduction. The 300th victim of the serial killer was of course Reid.

Fans thoroughly enjoyed this episode which is regarded as one of the best criminal minds episodes and it got a very high score due to the high-end thrilling experience. The Fisher King:  The first episode of the second season was a fantastic one. The reason behind it was that it was divided into two parts. It was the concluding part of season one’s last episode and also it was the beginning of the second season. The story of this episode was about a guy called Randall Garner who suffered mentally after his entire family got killed in a fire and he himself was burnt severely.

His eyes were set on Reid and his BAU comrades and wanted to take revenge so he is after each  BAU member and makes them suffer physically and mentally. The audience saw a cliffhanger at the end of the last episode of season 1 where this guy shoots Elle. Elle survived though and the guy was then found by Reid. This guy then blows himself up and Dr. Reid is standing there watching the scene. 100: Episode 9 of season 5 is one of the best criminal minds episodes which revolves around The Reaper who is one of the most deadly villains of Criminal Minds. Uncountable murdering and violence was the core scenario of this episode. Catching up such a villain was not easy for the protagonist and that’s what made the episode even more thrilling and interesting to watch. Not only season 5 but it all started from season 4 where the murders by The Reaper started.

It is obvious that the life of the investigating officer will become terrible as the murders were not ending. The worst part came when The Reaper murdered his ex-wife Haley. This is one of the most terrifying scenes where Hotch is on the phone with The Reaper and knows that his wife would soon be killed and can’t do anything to save her. Henry Grace was an evil serial murderer of the series who created much impact and terror for the protagonists. In the sequential episodes, Henry wanted to murder Rossi. He killed a lot of people whom the BAU team was searching for. Henry made a plan to trap the BAU team and the team got trapped too but later it came as a surprise that they were already knowing Henry’s plan and intentionally got trapped to know the insights and save everyone.

The reason this episode got so much love is the team bonding that it showed. It showed a wonderful team spirit running in action to save everyone at any cost. The villain’s character of Henry Grace remains impactful and viewers get thrilled seeing the tricky plans that he makes to trap the protagonists. The emotions shown in this episode are amazing, viewers completely loved what the makers showed in this 8th episode of the 4th season.
That’s it, these were some of the best criminal minds episodes to watch out for. Check them out as they have excelled IMDb rating and have left a huge impact in the mind of the audience due to their amazing plot, exciting storylines, and cliffhangers. If you haven’t watched this series yet, you must if you are looking for something that excites you and provides a lot of entertainment full of suspense. Criminal Minds episodes will surely make your time worth watching it so go for it today.