The entertainment world is a massive one, where people look for their share of excitement, fun, and thrill. After a day full of tedious work and boring studies, teenagers seek opportunities to give them some real endorphin and dopamine boost. Movies and animeanimes are a good way to get their due relaxation coming, but games have a whole different level of effectiveness. Children and teenagers love playing games, and now, with more modern usage of artificial intelligence, games are creating new levels of experience.

The stark resolution, detailed graphics, greater control, and many more features take the gaming world by storm. Numerous games made a name for themselves among the gamers and their community. One such game that keeps the teens excited is Battlefield Android, which is on its way to release.

What Is Battlefield Android? 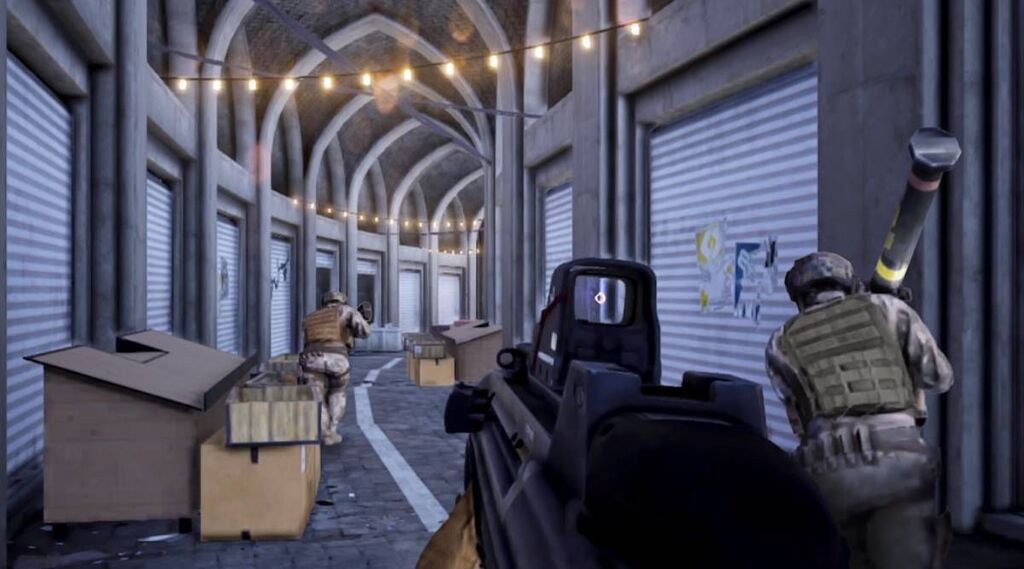 Battlefield is a military shooting game launched by EA that shot to immense popularity owing to its gameplay and graphics. This game happens to be one of the best in the market and is tough competition for Call Of Duty. Call Of Duty, the biggest rival of Battlefield, already has a mobile game launched back in 2019 that garnered huge success. The Battlefield is preparing to enter its mobile version of the game very soon, which might come as a boon for the battlefield fans.

The google play page of battlefield 3 android is now live on the platform. This features the previewed images and gameplay details that include classes and a guide on environmental destruction. Now the game is open for registration. The battlefield 1 wallpaper android is also there for viewing on the page.

When Is Battlefield for Android Going to Release?

A few months back, EA put out an official announcement through their post that the first test-play period of Battlefield Android will come out during the fall of 2021. The first two regions authorized to start the test-play gaming for Battlefield mobile are from the Philippines and Indonesia. Besides, only the players who have an android phone with a version of 7.0 will be eligible for the test play.

You can expect the game to release anywhere in the first half of the year 2022, and it will be up for automatic downloading for the people who pre-registered themselves. EA revealed that the game would be available for free, with only the cosmetics up for purchasing. The Battlefield for Android will have its own set of cosmetics for collection and battle pass. EA will launch the test versions of battlefield android with two different maps, Grand Bazaar. 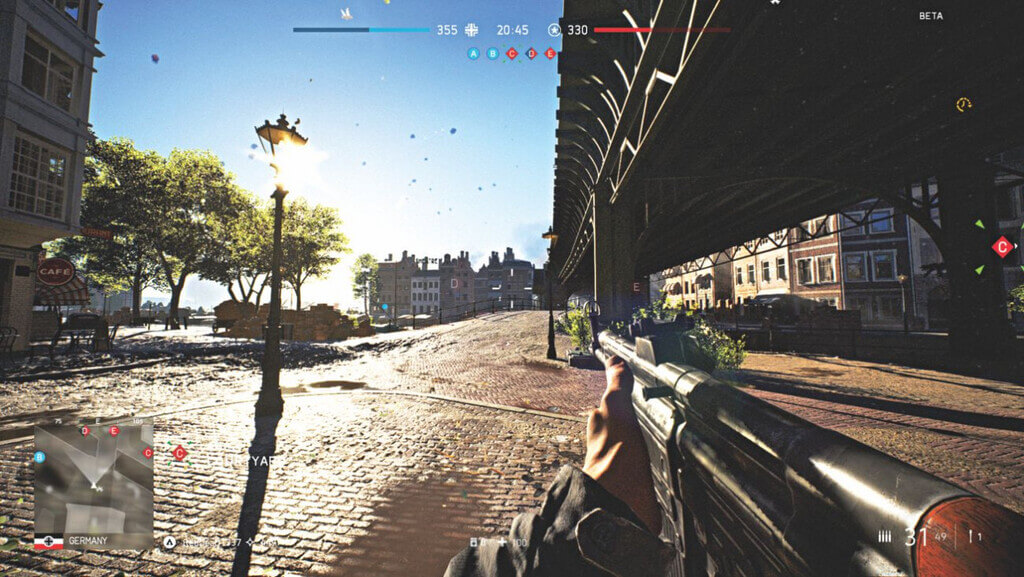 According to the battlefield mobile page on the Google play store, the gameplay of this game will flaunt your favorite FPS Combat, enhanced team play, and destruction levels that define a genre. The official website of Electronic Arts mentioned that the gamers would get a new set of maps and modes through the progress of the game. The gamers will also have the opportunity to assemble and create unique weapons and gadgets that can change the whole game in their favor. As a player, you can also deploy AVTs and tanks along with an efficient set of weapons and skills to generate a massive war. The fans of Battlefield for android expect huge levels of destruction from the game, but there is no official announcement about it yet.

The declaration on the Google play page reveals that you will get to experience some wild actions and dangerous stunts throughout the game. Be it firing a rocket launcher, riding an ATV with thin air around, or destroying an enemy house till it bursts into flames; every match will give you a unique experience.

What Are the Platforms where Battlefield Mobile Will Be Available? 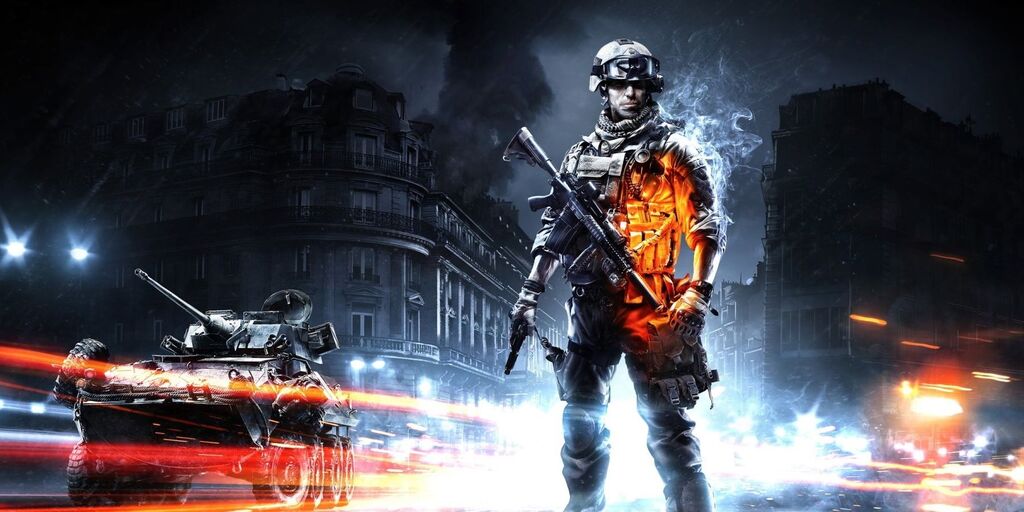 EA confirmed that the Battlegrounds game for mobile would be available both for Ios and Android. As we revealed earlier, Battlegrounds for android requires a version of 7.0 or higher for the tests. Thus, you can expect the same criteria for the actual game. The Ios software version’s criteria for running the game on ios is not yet on floors.

The Playing Modes Of Battlefield 3 Android

The production team of Battlefield android just confirmed the implementation of conquest in the mobile version. Conquest is one multiplayer game from the classic battlefield cult that allows you to dominate territories. You can expect a brand new configuration in the weeks to come, where the details will be on the page. The listing on Google plays already mentions the presence of multiplayer and objectives, where you can expect new sets of game modes.

The current listing might lack new game modes, but you can expect the older game modes to make their return on the Battlefield android. The listing on google play also mentions the classes of characters that include support, assault, recon, and medic.

Maps The Will Be Available On Battlefield Android Mobile Game

Grand Bazaar is the only map that the EA confirmed concerning the Battlefield Android game for mobile. Along with that, the listing on Google Play states that there would be many other maps and new for both the veterans and obviously for the newcomers. Thus, you can expect the previous map contents and brand new maps for the mobile version of the Battlefield.

Also Read: Best Metro Games in Order: Which One Should You Play?

As the listing on google play states that EA promises the best customization that any of us will get to see to date, we can expect some new things. F2000, P226, Frag, and SMAW are some of the weapons you get to see on the wallpaper of battlefield bad company 2 android and battlefield 1 wallpaper android. Battlefield android will also feature various vehicles, which makes the fans buzz with the expectations of warfare on land, air, and sea. You can get some hints provided on the screenshots and wallpapers on their Google Play page.

The Segment Of Environmental Destruction In The Game

Battlefield has always been famous for the destruction of the environment in its gameplay, although the years. You can expect the best features of environmental destruction in this mobile game that will increase your gaming prowess. One of the hints that you can get from their wallpaper is to bury your enemies under the rubble. This is a clear indication of how the gameplay will be full of destruction.

The gamers will also get a gift of ability where they can cause massive destruction to the area of the Battlefield. You need to wait for what they reveal about environmental destruction as there are many more to come.

What Is The Minimum RAM Support You Require For Running Battlefield 3 Android On Your Mobile?

You will need a minimum of 4GB RAM for running the game on your android mobile. Anything more than that will increase the smoothness, and anything less will fail to run the game.

Hold your nerves a little longer for the Battlefield android to release soon. It can come as a surprise, as one fine day, you might get to see the battlefield mobile download link on Google Play Store. Until then, practice your gaming skills and prepare yourself for the destruction that is about to come.